There’s brand new Master Peace to dive into, another new’un from Beabadoobee’s forthcoming full-length debut, Ashnikko indulging her metal side, and much more.

With sleek new indie-pop bop ‘Regular Feelings’, Master Peace is back to show why you shouldn’t be sleeping on him. A change from breakthrough single ‘Night Time’ which was an indie-emo-pop hybrid, ‘Regular Feelings’ was inspired by UB40’s classic ‘Red Red Wine’ alongside his love for reggae, resulting in a groovy sun-soaked new’un guaranteed to be the perfect audio accompaniment to the new sunny weather. The first single from his forthcoming debut EP, and if this is anything to go by, it’s gonna cement what we already know - that Master Peace is about to become your new fave. (Elly Watson)

The second cut from Bea’s forthcoming debut full-length, ‘Sorry’ is somewhat of a slow-burner in comparison to the stellar grunge-pop of lead single ‘Care’. The song works well to continue the ‘90s mood set by its predecessor (and, for that matter, Bea’s last few non-album singles), and matched by the analogue aesthetic of its video the whole package could have as easily come via a deep-dive into the MTV archives as from a locked-down 2020. Another bright step in asserting her own sonic identity ahead of the album, yes, but that two-minute wait for the song to spring into life is a bit of a long one. (Emma Swann)

Assembling a star-studded cast like an indie Avengers, Bon Iver’s ‘AUATC’ - that’s ‘Ate Up All Their Cake’, btw - is a delicately rousing new’un that features the likes of Bruce Springsteen (!), Jenny Lewis and Wye Oak’s Jenn Wasner. Powerful in its poignant low-key-ness, ‘AUATC’ is accompanied by a call to arms from the Bon Iver fam, asking fans to donate to various causes. Sleek and sweet, it’s an anthemic call to action, and sounds absolutely lush too. (Elly Watson)

“She’d sound great doing metal!” sang the YouTube comments section upon hearing the Evanescence-esque belter of a chorus to Ashnikko’s recent collab with Grimes. And so, like the diligent, blue-haired star-in-the-making that she is, Ash paid attention and has returned with this: a screamo rendering of the song, replete with guttural roars from Employed to Serve’s Justine Jones, who takes Grimes’ mystical vocal and sends it plummeting down to the depths of hell. For her own part, Ashnikko does a fairly decent job of replicating the demonic throat rips of the genre (she “ruined her vocal cords” with the effort, she notes). Is it as good as the original? No. Is it a solid attempt that shows the singer’s future could twist in all sorts of intriguing directions? RARRRRRRRR (that means ‘yes’ in screamo). (Lisa Wright)

Gia Ford - Sleeping In Your Garden

A ‘send-off’ of sorts for her ‘Murder in the Dark’ EP released back in May, you don’t need to see the cover image of a heavily-kohl’d Gia Ford on an old mattress, dead-eyed stare into the distance to know ‘Sleeping In Your Garden’ is on the dark side. At first led by a slinky bassline - think the twisted disco of Roisin Murphy or Alison Goldfrapp as styled by Nick Cave - and with a preposterously ‘80s guitar lick peeping in now and again, at the point Gia’s deep tones have you lulled into some sense of security, she turns the song on its head, adopts a killer key change and heads straight to power pop territory. This may well be zero indication of the singer’s future direction, but where she’s headed looks exciting nonetheless. (Emma Swann)

You can trace the hints of many excellent leftfield pop stars present and past in ‘Monte Carlo’. There’s the playful dancing between genres of Charli XCX; the joyful, carnival spirit of MIA’s more cheeky moments; the sparkling highs of Santigold. Then she instructs you to “suck [her] cock, bitch” before serving up a lightning-fast, helium-voiced rap, and it’s clear that Remi Wolf really is in debt to no-one but herself. A very odd, but very fun journey into the LA singer’s clearly bonkers brain, it’s 2mins23 of totally singular stuff – we’ll have a bit of whatever she’s having. (Lisa Wright)

LA-based Jawny might be a self-professed romantic dimwit (“I’m just a stupid kid, and stupid is as stupid does”), but where he’s lacking in Mr Darcy-esque knowhow with the laydees, he more than makes up for it in swaggering hip hop-tinged pop smarts. Having made his name in internet circles with the Mac DeMarco-recalling ‘Honey Pie’, ‘Sabotage’ finds the 24-year-old adding a strut to his walk; underpinned by a twanging guitar line and loaded with funk nods, kiss-off vocals, occasional meaty riffs and the general aura of a West Coast Jungle (the band, not the geographical entity), it’s an effortlessly confident turn that’ll add a collar-pop to any situation. (Lisa Wright)

She’s also set to support Taylor Swift in the US next year.

It’s the first taste of his upcoming new material. 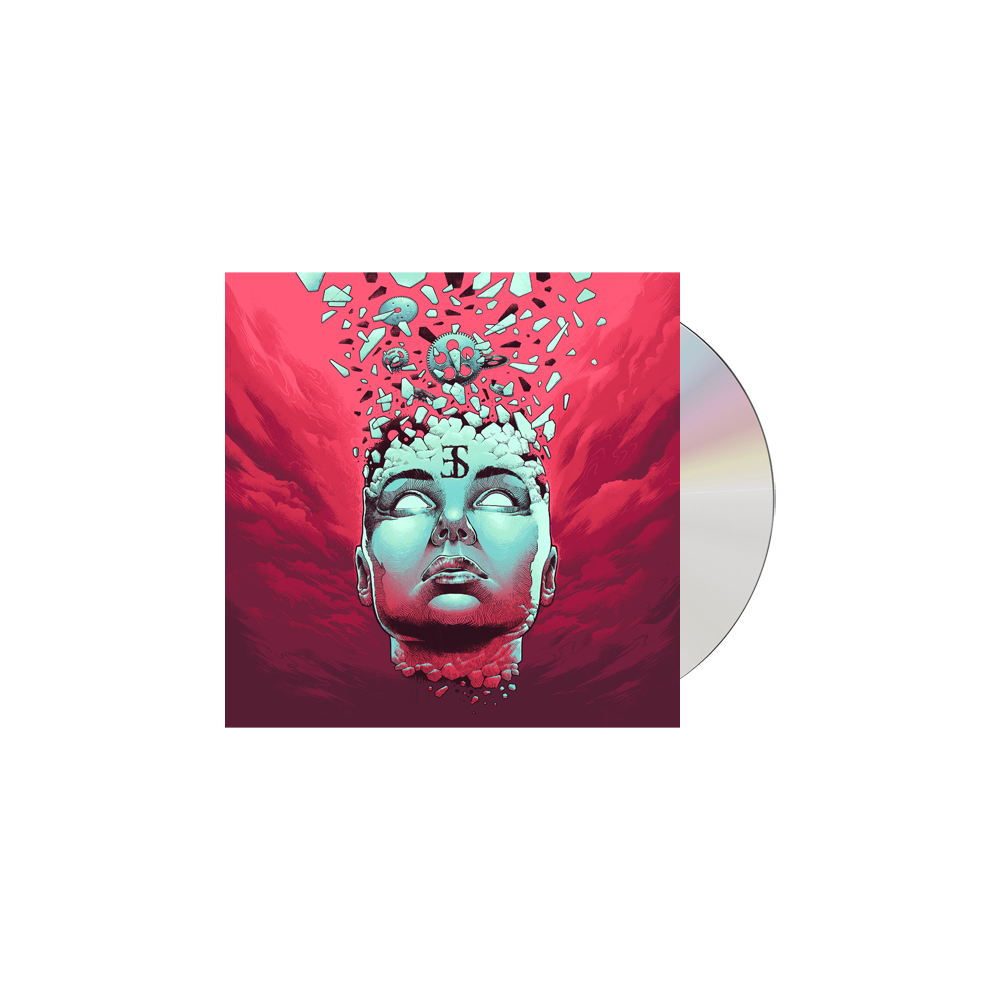 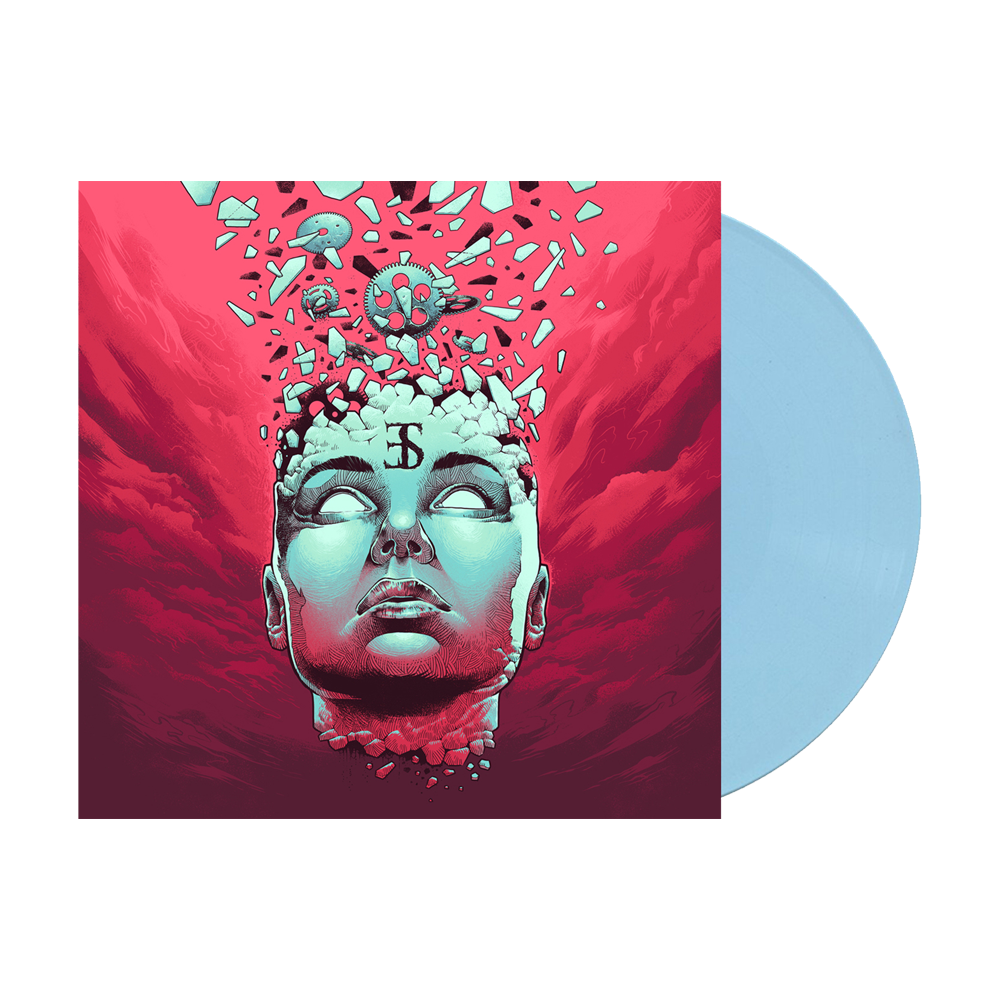 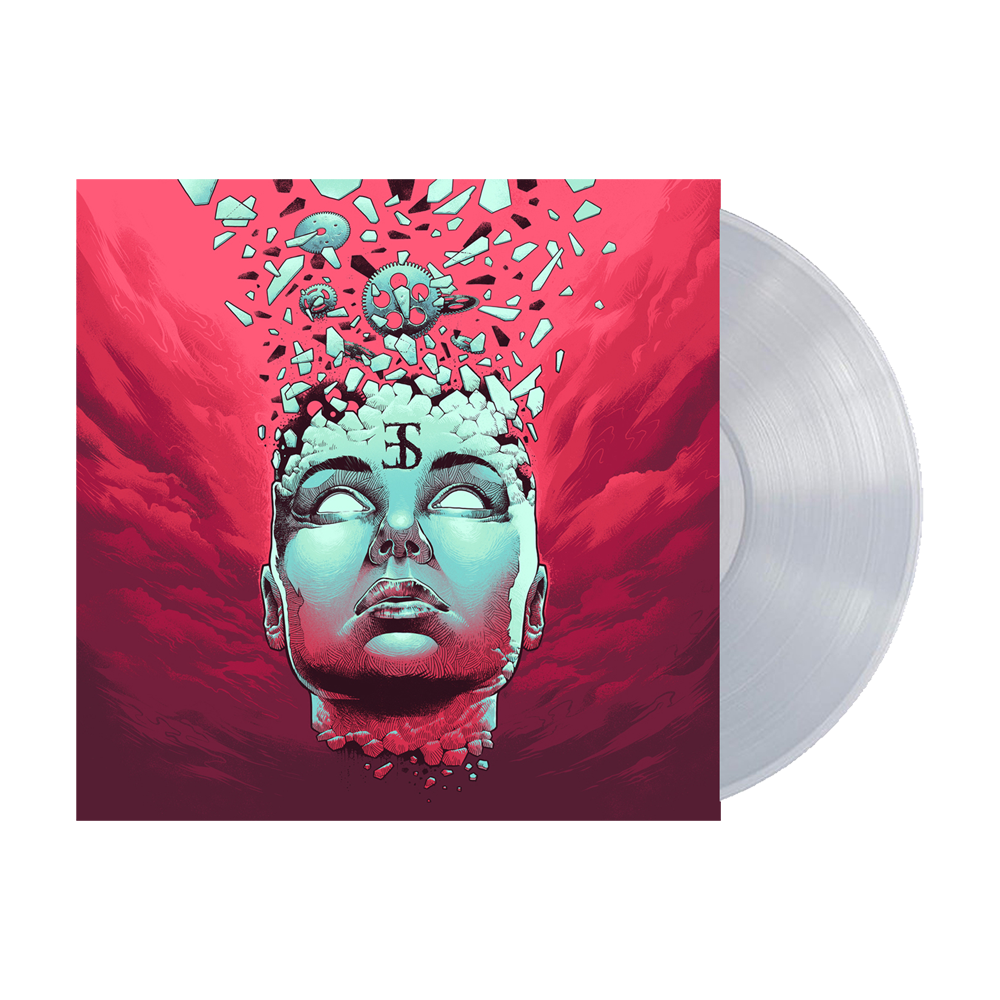 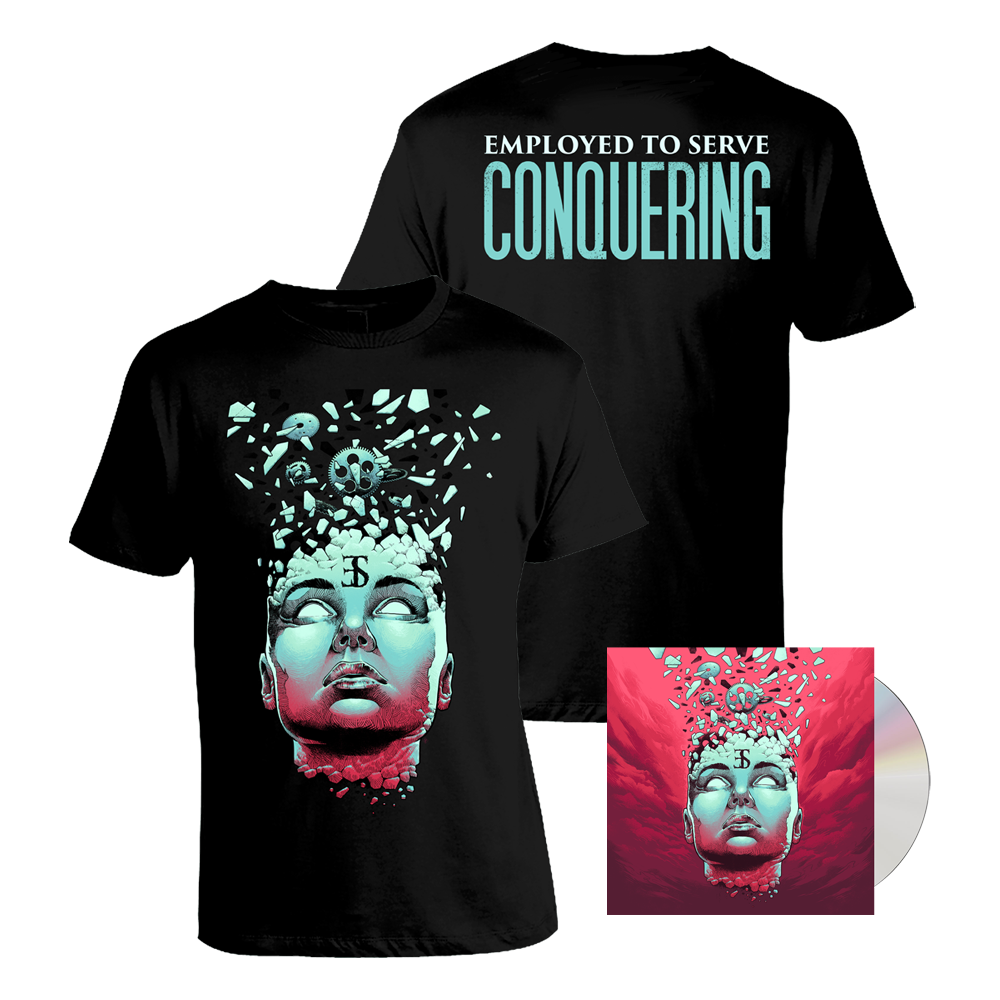 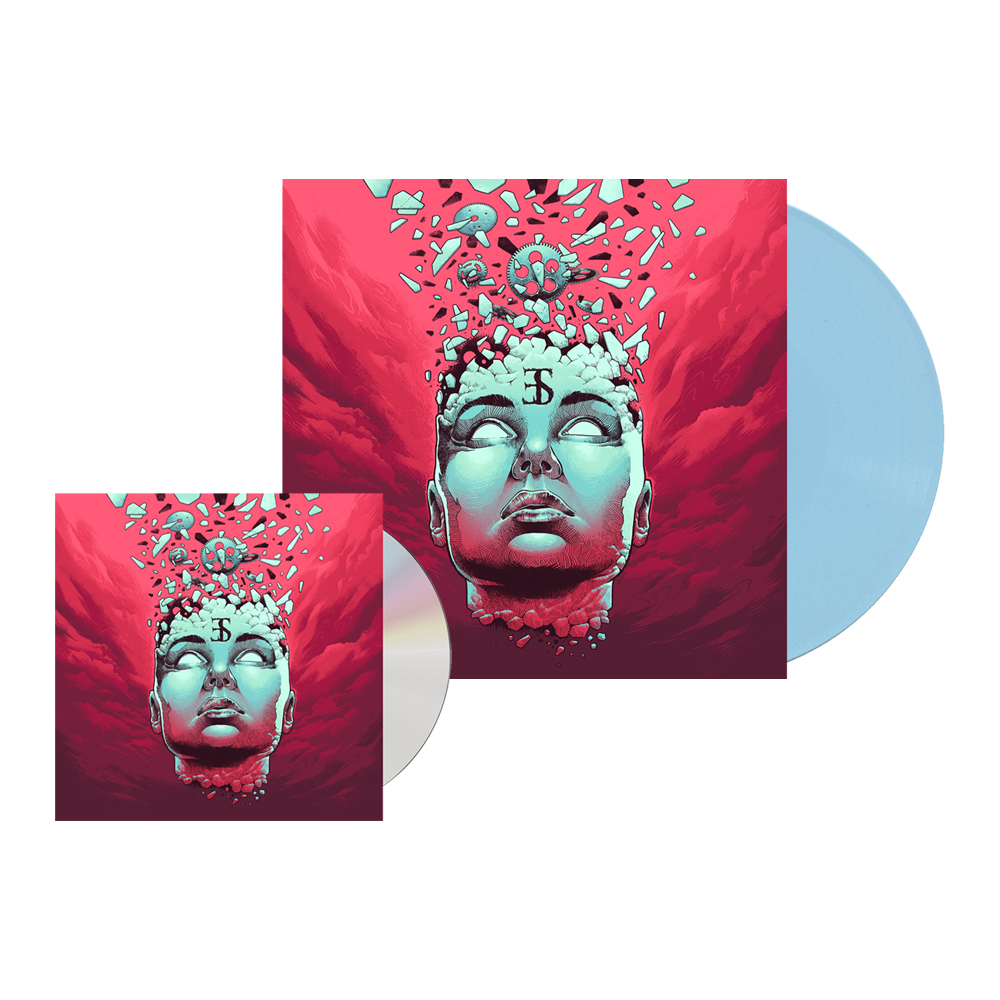