With their highly anticipated debut album ‘Lie Out Loud’ out today (28th August), Bloxx are giving us a track-by-track run-through of the record!

Speaking about the album, frontwoman Fee Booth says, “Our Debut Record - ‘Lie Out Loud’ - well how can I put it, it’s a journey from 2016 to 2020 for us as a band. The good bits, the really sh*t bits. It’s a relatable voice for anyone who’s ever struggled with themselves or with relationships or with anything. We write with the intent to be relatable. It’s a voice for everyone. The album is sonically interesting and diverse and I think it’s my favourite thing we’ve ever done.”

Pop it on below, and let’s find out more!

'Lie Out Loud' is the title track, I think it felt like a lot of the album summed up into the perfect title track. It was initially never a song before we recorded the record, and it happened mid way through the recording process. It was a really fun one to put down.

One of my favourites on the record. This always sonically summed up exactly what I want something to sound like when writing a song. It feels so perfectly Blooxx, and a perfect way to follow up from the opening track. It speaks volumes about struggles with never feeling enough. This tune is super personal and means mounds to me. I’m thinking about getting a tattoo of it too.

Go Out With You

This is a fun little tune. I love writing choruses with live shows in mind and I think that’s what was mainly the goal here. It’s one of those vocal hooks that literally grabs you and you’re sort of singing it back in your head all day. I love it when that happens. It’s just a fun tune about wanting to spend time with someone, definitely a weekend vibe. Someone once said the verses sound like Hard-Fi and I don’t mind that.

The lead single into album campaign! Everyone’s favourite. It’s gone down well with everyone so I’m super excited for people to hear this and hopefully love it as much as we do. It’s simply an indie banger with loads of guitars (basically only guitar). I actually wrote the lyrics to this tune in 2019 on my way back from the states. I was a mess, and it deals with the premise of a long distance relationship and the agony that you know you may have to endure.

I guess the vibe with this tune was to be a bit weird, but still us. So we went a bit angry with it. It’s what it says on the tin, I was angry about something and I usually just channel that into a tune. It’s very choppy, if that makes sense, like it sounds like a rock song but in a very poppy way, which is interesting and fun.

Another favourite of mine, and a really fun tune in general. It’s the first time I’ve openly talked about sex in my lyricism and I think that it can be really freeing and empowering to do that. It’s definitely going to be fun to play live. Because Taz pulls a massive solo and it just rips!

Give Me The Keys

I love this tune, it’s about being in the middle of an argument and not having any idea of what to do but just leave. It’s also a little bit metaphorical in places but in its biggest sense it’s purely a relatable “get me out of here” moment. It’s sonically one of my favourites too, I love the guitars on this, Taz killed it in recording.

This song is about a character. Jenny Schecther from The L Word, a classic lesbian tv show. It’s a little lighthearted fun song about her character and how she was a bit love/hate throughout the whole series. It pokes a little fun at the last episode in the series, and may be a bit of a spoiler to anyone who hasn’t finished it yet, but that’s the fun in the song.

'Changes' is a big moment on the record. It captures, almost a coming of age movie/driving at night sort of vibe, it feels like the perfect movie song, and that’s something we tried to do with this one. It actually took a while to perfect because I was scared of not making it as good as it could’ve been, but it turned out perfect and I think it’s like the soundtrack to my late teenage experiences.

It Won’t Work Out

This is a fun song about temptation, and overcoming it. I wrote this with Steph Marziano ('Give Me The Keys', 'Hey Jenny') and I think it captures the sound we wanted really well. The chorus is interesting and I think the way it opens up is really cool. I love a good disco indie drum beat.

The first acoustic track we have ever written/released. I think the record needed a little bit of a downer, it’s kind of very upbeat and poppy until this point and it felt a bit daunting to go there. I made two versions of this track, a synthy/upbeat one and a purely acoustic one, the acoustic one obviously made the record.

'Swimming' is a classic Bloxx-sounding tune. The perfect way to end the album for us. This one was written a long time ago and funnily enough sounds the most like its demo. I tried to be a little bit more colourful with my lyrics here and try some new things. We really wanted to pay homage to our earlier sounding stuff and center back round full circle by signing off the record with this tune. 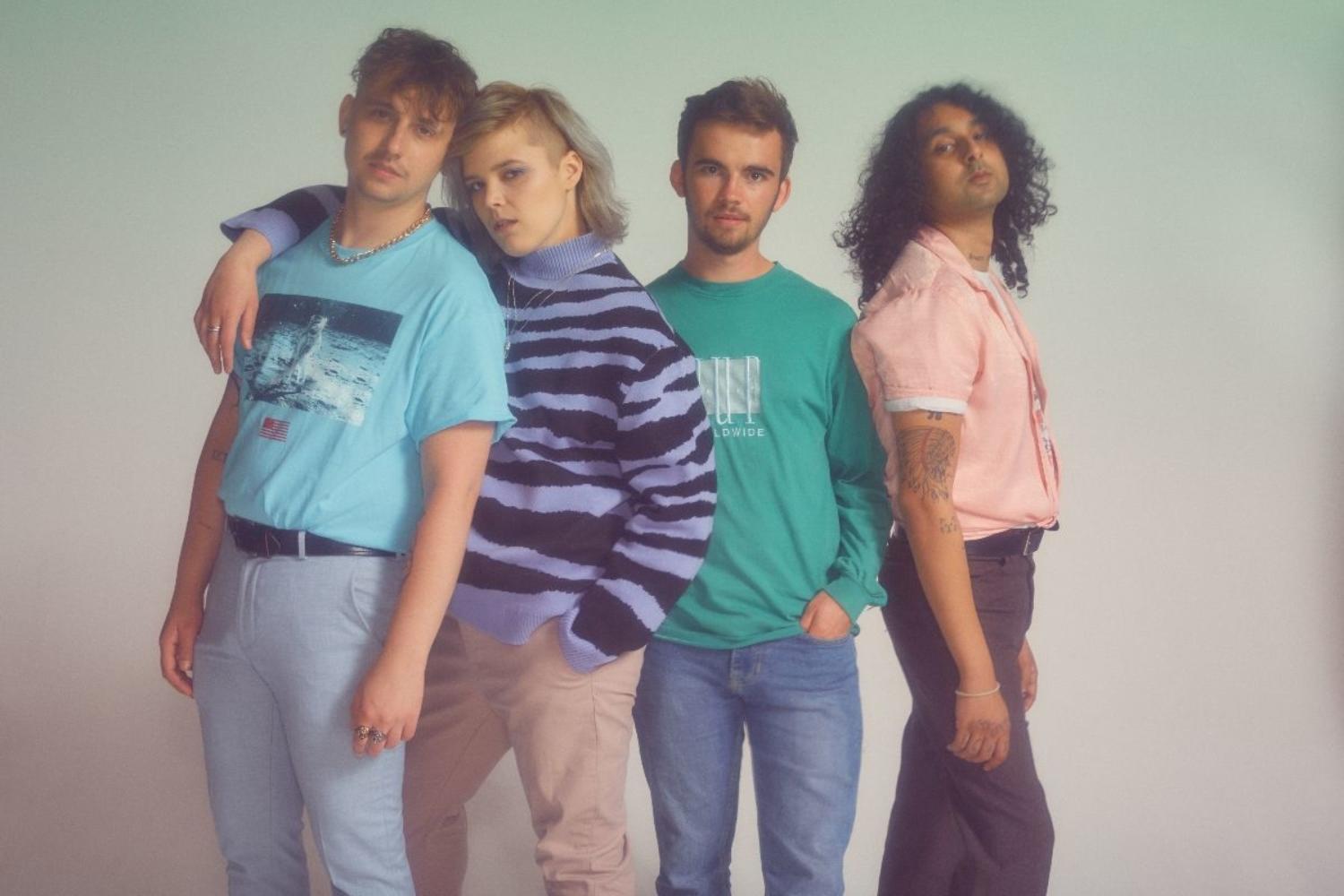 Including their biggest headline show to date at London’s Heaven.

Bloxx release ‘Off My Mind’ video

It’s the latest track from their upcoming debut album ‘Lie Out Loud’. 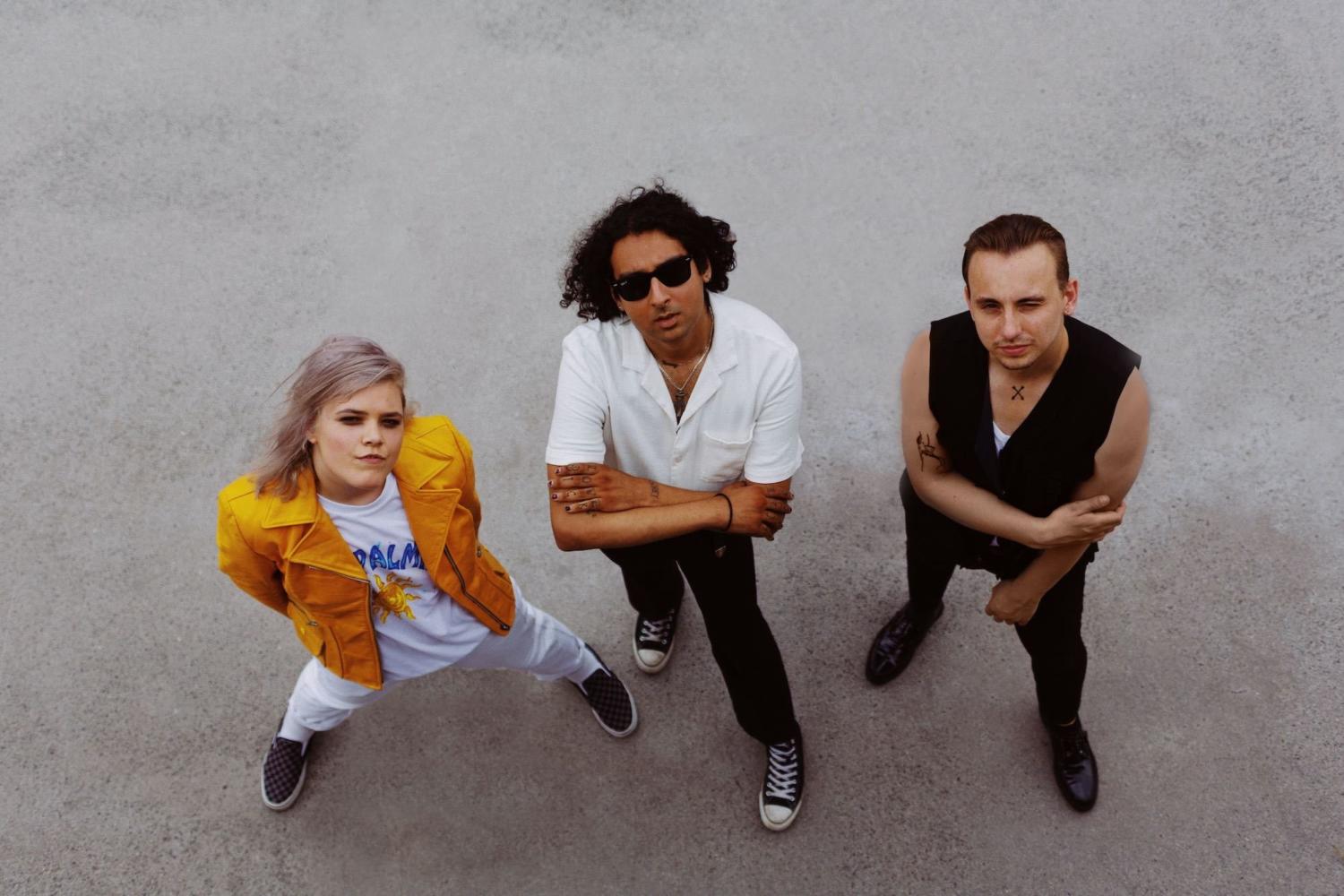