It’s finally the end of the week, and we have a brand spanking new edition of Tracks - our regular round-up of the biggest and best new tracks around.

While we’ve been putting the finishing touches to our 100th (!) issue, these lot have been putting out new music. There’s brand new Arlo Parks, a little band called BTS with new music, a new album on the way from Dizzee Rascal and much more.

For an artist still at the very dawn of their career, the wisdom and deft touch of Arlo Parks is already quite astounding. Having previously dedicated breakthrough ‘Black Dog’ to those seeking comfort in the middle of mental health struggles, it’s with new cut ‘Hurt’ that she follows up with a similarly-soothing message. A rich, profound track which sees her pair soft vocals with a striking spoken-word interlude, ‘Hurt’ is her extending a metaphorical hand to those in pain. “I know you can’t let go / Of anything at the moment / Just know it won’t hurt so / So much forever,” she offers up gently; yet again proving herself to be one of the brightest, most astute new talents of now. (Sarah Jamieson)

K-pop megastars BTS have basically done it all. Worldwide fame? Check. Legions of devoted fans? Check. Huge chart-topping hits? Double, triple, quadruple check. But last week, the global phenomenon tried something new, their first single entirely in English. Sharing brand new bop ‘Dynamite’ and subsequently smashing the YouTube premiere record, their latest slice of pop goodness sees BTS once again deliver on crafting upbeat euphoric gems, with a mesmerisingly fun video to match. “Due to Covid-19, people around the world have been going through tough times and we wanted to share some positive energy with our fans,” the band explained. And does ‘Dynamite’ deliver on positive vibes? Check, once again. (Elly Watson)

You may have noticed, dear reader, that things are not exactly positive right now. Shocking. Enter Dizzee Rascal. Few could get away with a mantra as overwhelmingly cheerful as this - lest we forget Robbie Williams’ ‘I Love My Life’. Most would make it sound as sincere as your Mum’s latest motivational Facebook update. E3’s finest, however? One listen and there’ll be fist pumps. “I’m a lotta things but I’m not a wally,” begins a choice lyric. “These man are wet like they got no brolly.” It’s pure fun. (Emma Swann)

Will Butler - Close My Eyes

Considering his day job is being one sixth of Arcade Fire, it’s unsurprising to learn that Will Butler still possesses that same sense of reassurance that the Montreal band offer so well, even within his solo numbers. And new ‘Generations’ cut ‘Close My Eyes’ does just that: there’s something intensely soothing to the instrumentation from the off, while his lyrics explore that niggling feeling of uncertainty we all seem to be dealing with right now. Introspective but still somehow uplifting, this is a real tonic for the weary soul. (Sarah Jamieson)

With highly-anticipated debut ‘Wachito Rico’ duo for release in October, Norway’s boy Pablo has given us our latest taste of what to expect, sharing new song ‘rest up’. Another luscious bedroom-pop gem from the rising star, ‘rest up’ sees him reaching dreamy euphoric levels, destined to make you feel all warm and fuzzy inside. If you’re looking for proof that his debut LP is gonna be an official “moment”, look no further. (Elly Watson)

An odd pairing at first glance: Circa Waves, they of freshers indie anthems, and Alfie Templeman, a songwriter who wouldn’t be heading off to uni for another year yet. But, with two of Alfie’s recent smashes written alongside indie veterans (‘Happiness In Liquid Form’ with Justin Young of The Vaccines;’ Obvious Guy’ with former Kaiser Chief Nick Hodgson) there’s potential for gold. And ‘Lemonade’ does have the kind of summery, playful hook both parties have shown a knack for. Unfortunately, though, it’s all a little mid-paced and by the time the song shows signs of getting going, it’s time for a refill. (Emma Swann)

You Me At Six - MAKEMEFEELALIVE

While a good chunk of You Me At Six’s back catalogue has dwelled in the poppier and punkier realms of their genre, they have been known to dabble in the heavier end of things too. Take, ‘Sinners Never Sleep’ cut ‘Bite My Tongue’ (featuring Bring Me The Horizon’s Oli Sykes), which still stands as one of their most ferocious examples.On newest track ‘MAKEMEFEELALIVE’ they give it another go. Opened up by an almost Prodigy-esque beat, and led by Josh Franceschi’s shouting vocals, the track itself possesses all the key markers for a stomping rock song; yet, in part thanks to its frantic nature, it just doesn’t quite hit the spot. (Sarah Jamieson)

Ah, London Grammar. The band whose rise back in the early ’10s appeared to be based on the premise ‘if you think The xx are a bit too ‘out there’, try this one’. Newbie ‘Baby It’s You’ doesn’t seem to suggest the trio have switched anything up massively this time around - the song is based around a vaguely euphoric beat (think Ibiza chillout as pre-drinks), with Hannah Reid’s impossibly well-spoken vocal semi-whispering above, and a squelchy sample appearing intermittently, as if on the run from Diplo. Will it appear on many an Alexa-triggered playlist accompanying prosecco in the park? Probably. Is it all that exciting? Not really. (Emma Swann)

We all love a girl power anthem, eh? Well, lucky for us, CHAI and Hinds have teamed up for a brand new empowerment smash. Uniting on the aptly titled ‘UNITED GIRLS ROCK’N’ROLL CLUB’, the song features lyrics in Spanish, Japanese and English, marrying together the different cultures of the two bands, and allowing - in their own words - for the music to speak for itself. A fun AF new banger. Our only remaining question is how do we apply for membership to their new club? (Elly Watson)

“This track was made naturally among many strong energies”: Balming Tiger talk linking up with BTS’ RM on new track ‘SEXY NUKIM’

The alternative K-pop group are back with a banger. 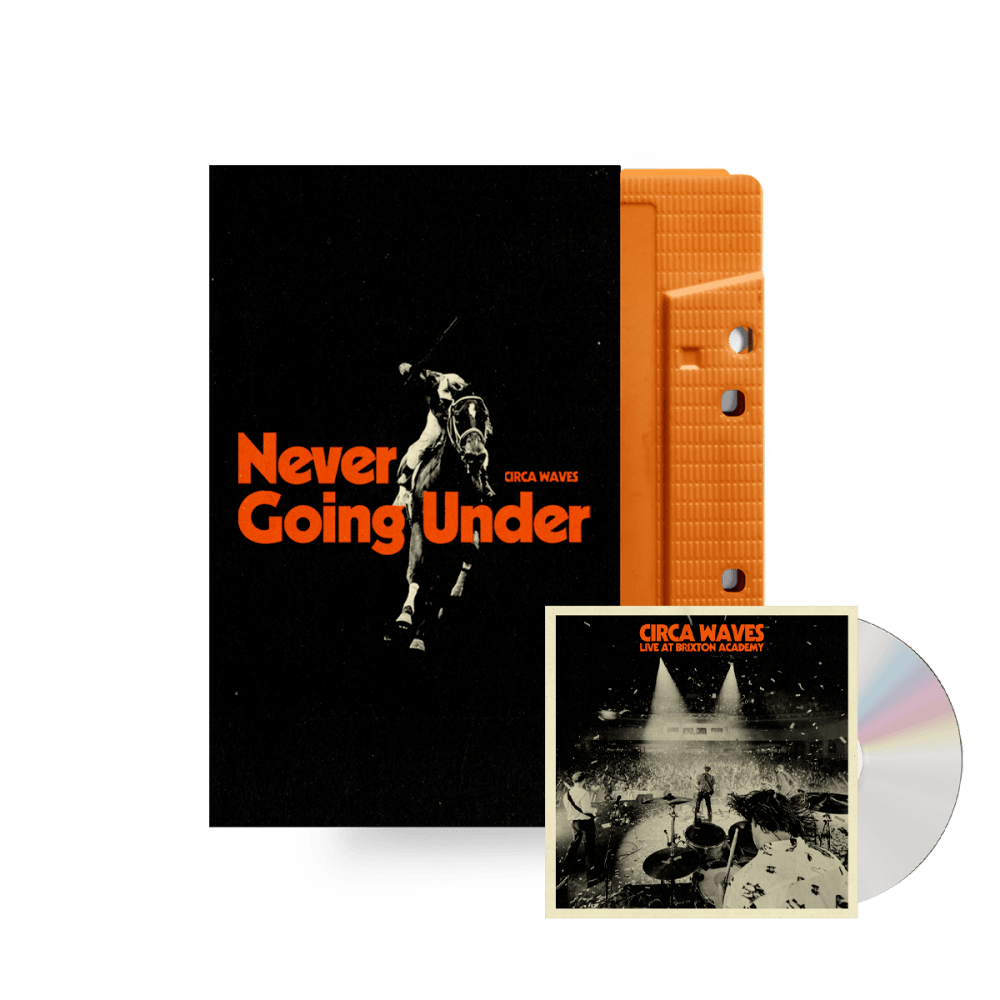 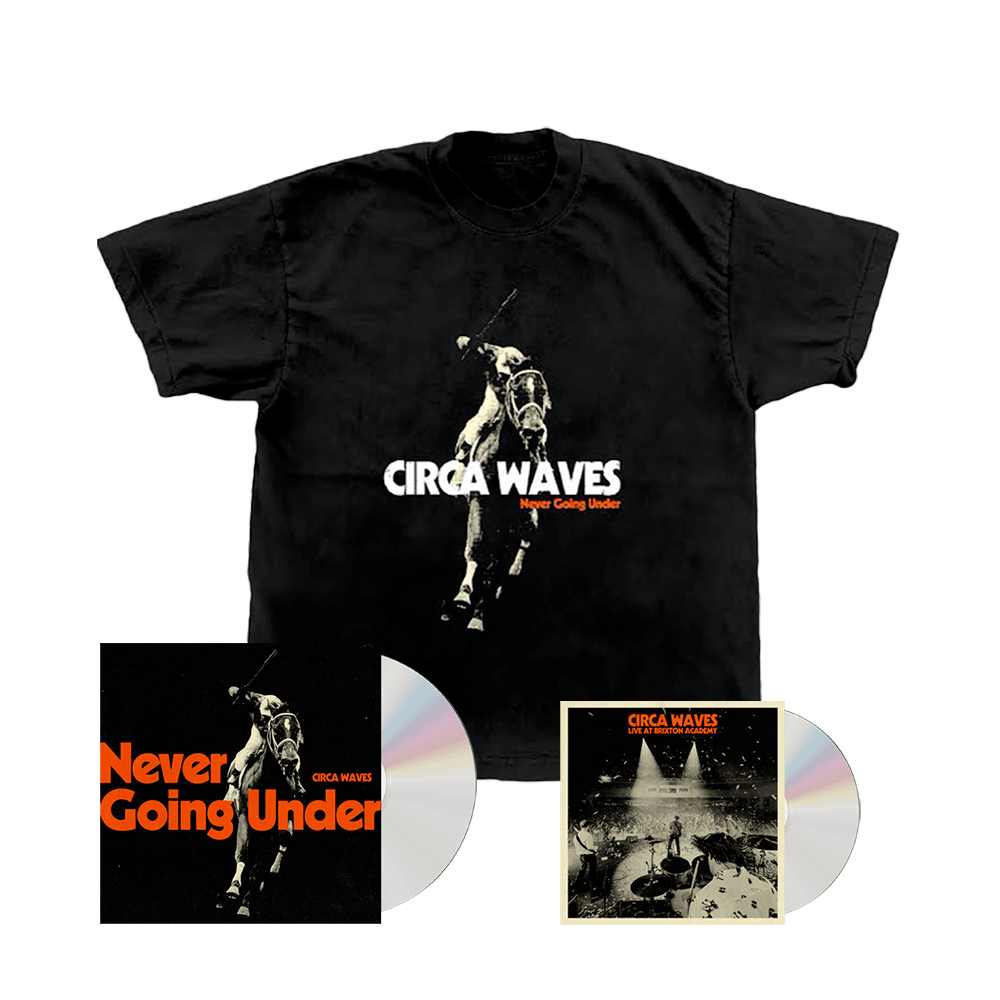 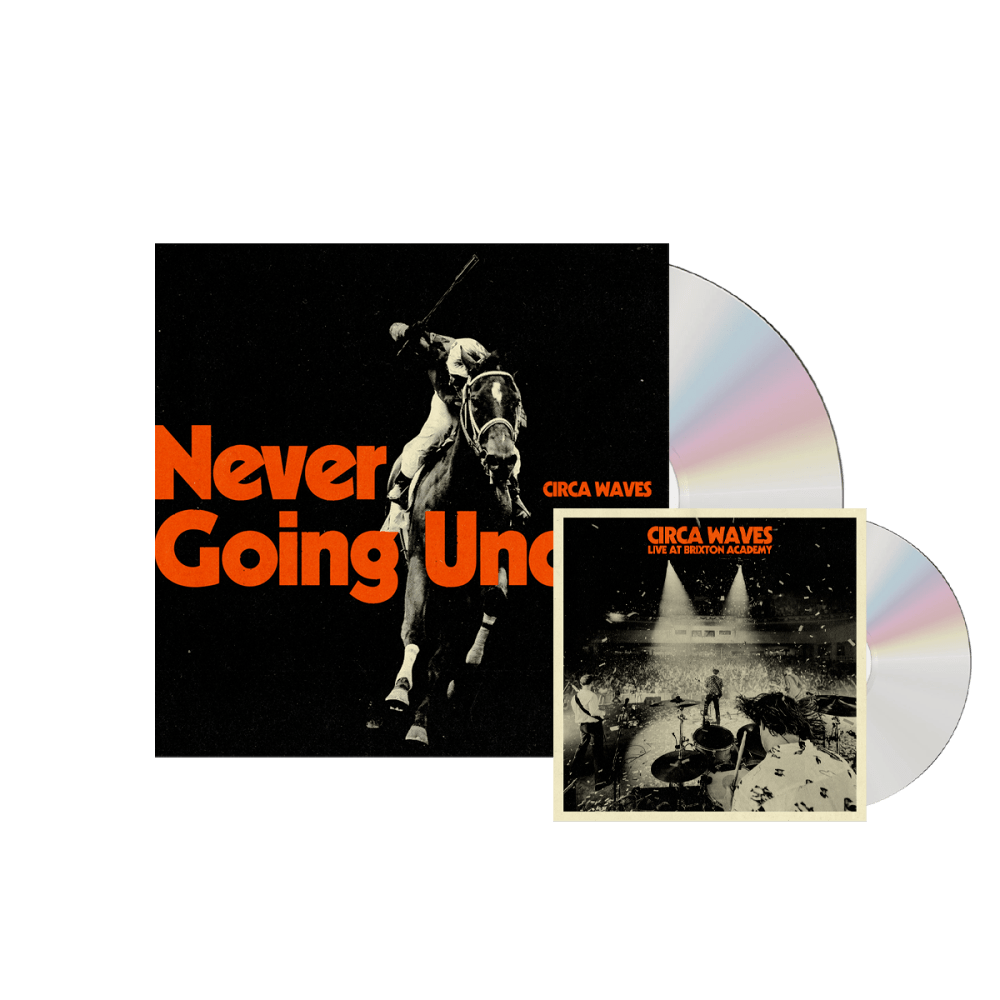 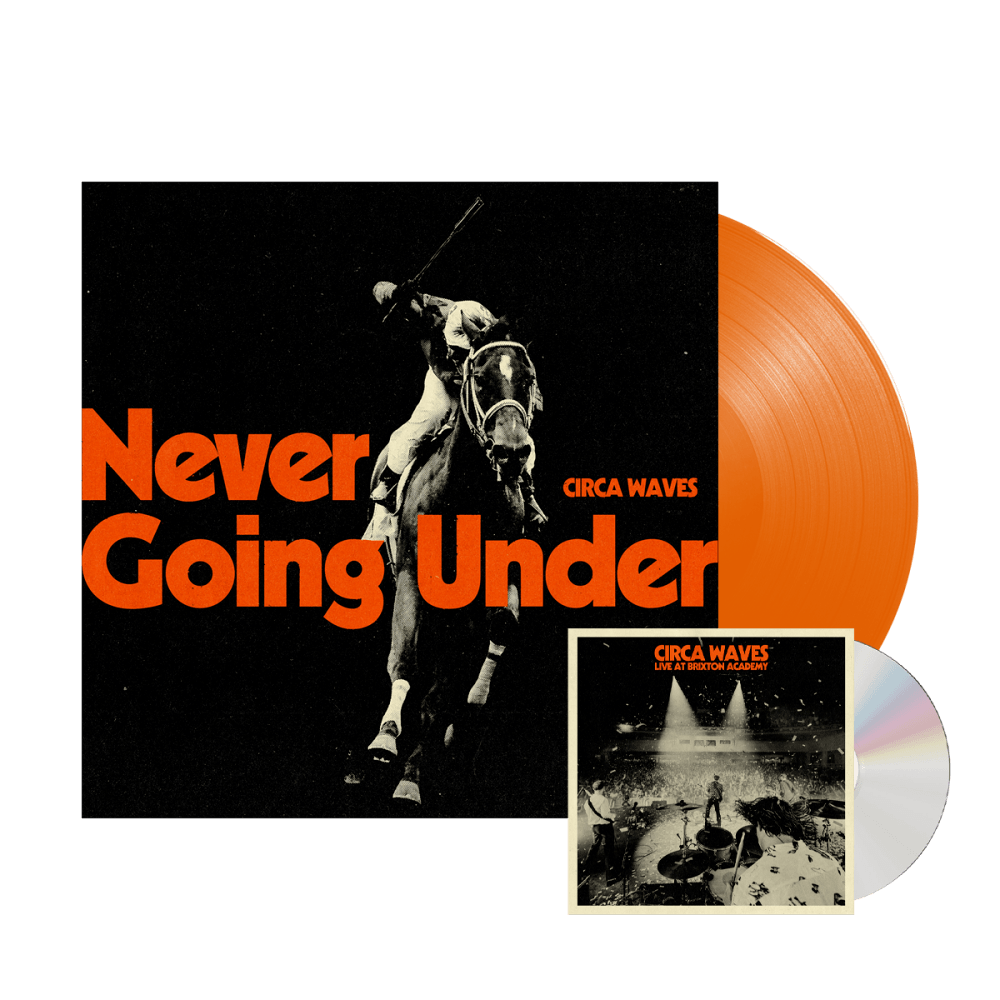 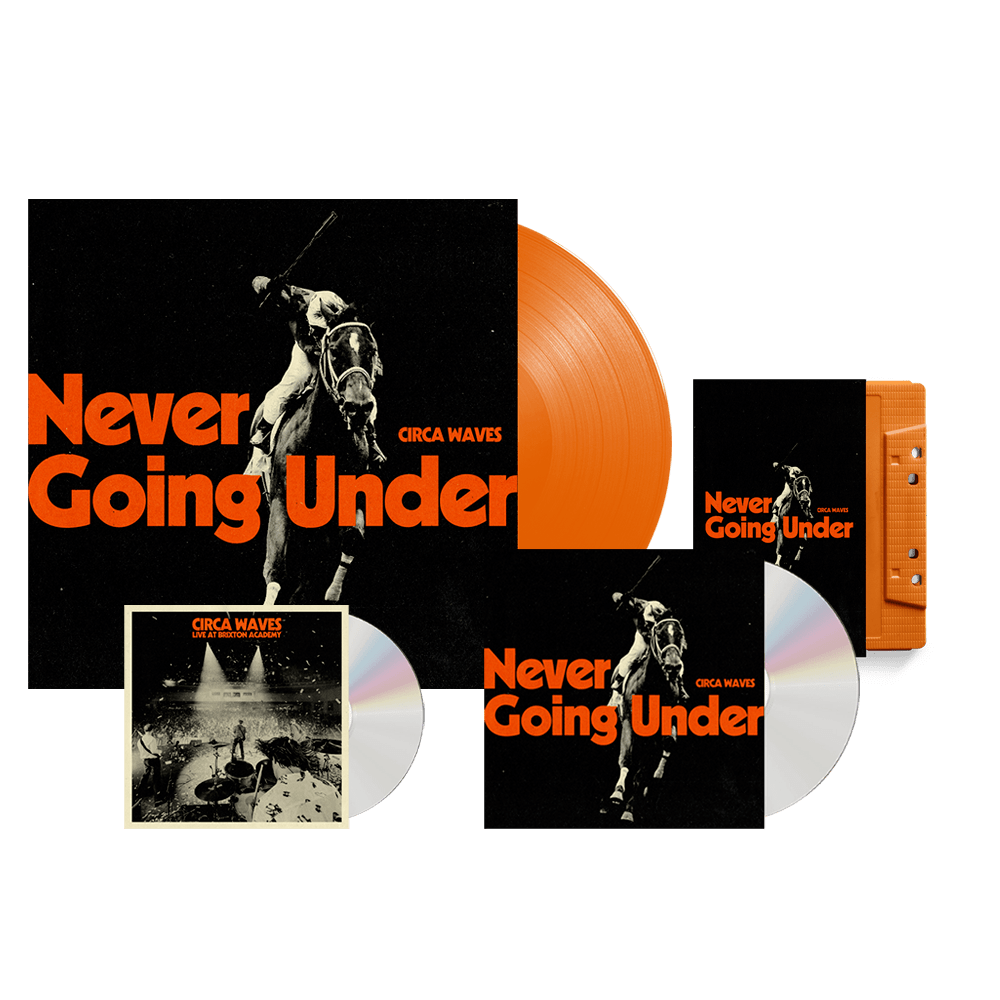