“Fundamentally, we were all looking for a bit of escape,” admits You Me At Six’s Josh Franceschi, as he begins to unpack the story of how their seventh album - January’s switch-flipping new release ‘SUCKAPUNCH’ - made its way into the world. It’s not an entirely surprising admission. Having drawn to the close of their previous album’s touring schedule with a huge, career-spanning show as part of London event Gunnersville (following a series of blistering live gigs celebrating the tenth anniversary of their debut just months before) the quintet seemingly found themselves at a crossroads.

“There were a lot of conversations about what the purpose of putting another album out was, other than it being self-serving,” Josh explains. “It was like, ‘What are we saying? What’s our place in music right now? What are we offering?’”

While they may be questions that artists often ask themselves, for You Me At Six, they felt all the more pressing this time around. “It’ll be fifteen years since we started the band next January,” he notes. Having all recently passed their 30th birthday landmark, the five-piece have now spent almost more time in the band than outside of it and, coupled with the nostalgia of their recent shows and some tough personal circumstances for several members, questioning what would come next became unavoidable. “Gunnersville was such a trip because we basically went through every different era of our band up until that point, and what it all looked like,” recalls Josh. “Maybe there was an element of understanding and appreciating where you’ve been to know where you’re going to go next.

“We had a very determined group mentality that we just had to do something different,” he says, emphasising the word “had”; “we had to do something that still had the spirit and the DNA of You Me At Six, but it had to be presented in a new and exciting way. I think there are some songs on the record that will really challenge the perception that people have of this band.”

“We were making an album with absolutely no fear.”

And so escape they did. After pulling together a series of ideas and demos collated during their time on the road, it was in October 2018 that the quintet upped sticks and headed for Thailand’s Karma Sound Studio. “We were all looking for an opportunity to unplug from the world, so we went to a studio that was as far away as possible from England, basically chucked our phones in the bin, didn’t watch TV or listen to the news. We just completely immersed ourselves in this musical rehab and this utopia that we’d not really experienced before as a band.”

Described as a “pretty special experience” which was “definitely alien”, their time away - part working on tracks into the small hours of the morning; part restorative volleyball games in the resort’s pool - reunited them in a way the band hadn’t thought possible. “We just connected in a way that we hadn’t before and I feel like you hear that in the synergy of the music,” the singer enthuses. “We were sort of [embracing] the idea that we were making an album with absolutely no fear, and I think you hear that in the record.” The freedom to switch off from the world they’d left behind saw them work harder, for longer hours, pushing their creative drive to the limits.

Much like Josh says, throughout ‘SUCKAPUNCH’ the band push themselves into whole new sonic territories. While previous record ‘VI’ saw them lay down confident foundations, it’s on their seventh album that they build more ambitiously. From the searing intensity of opener ‘Nice To Me’ through to the humongous-sounding single ‘Beautiful Way’, via the sleazy swagger of ‘Kill The Mood’, it’s an album that fuses together facets of all their previous eras and personal tastes, before turbo-charging the entire thing. “It’s very reflective of five people being each other’s counterpart,” he nods. “There are people in our band who love dance music, there are some who love hip hop, and then there are others that like those things but also want us - at the forefront - to be a rock band. It’s like a marriage; everyone’s gotta get something out of this.”

And it’s through that multi-genre collision that the album really finds its strength. “It’s almost that clash of identities and cultures that has brought this record to life,” Josh offers up. “I feel like we’ve been in this endless pursuit of our defining record, or our most complete record. I feel like ‘SUCKAPUNCH’ is probably the closest thing we have to that, and I hope that people will reference it in years to come as their favourite YMAS record.”

‘SUCKAPUNCH’ is out on 15th January via Underdog / AWAL. 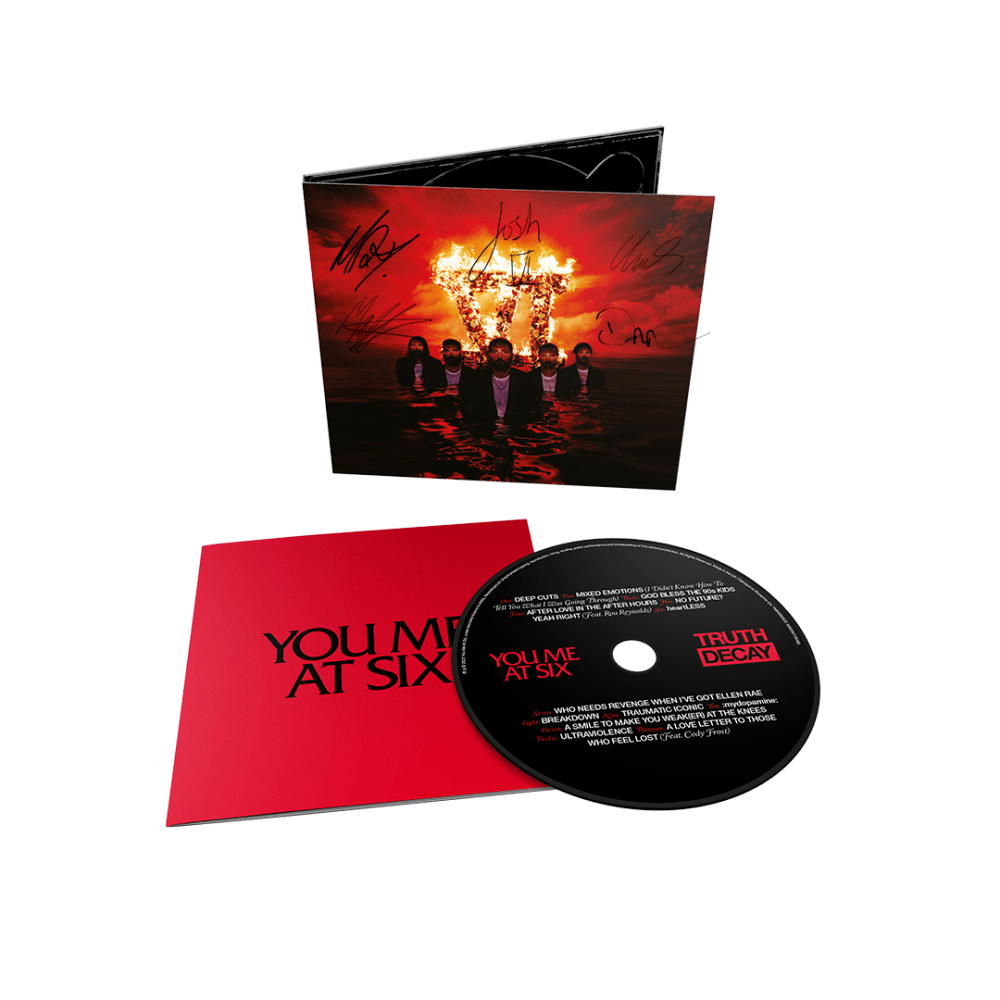 You Me At Six - Truth Decay Signed CD 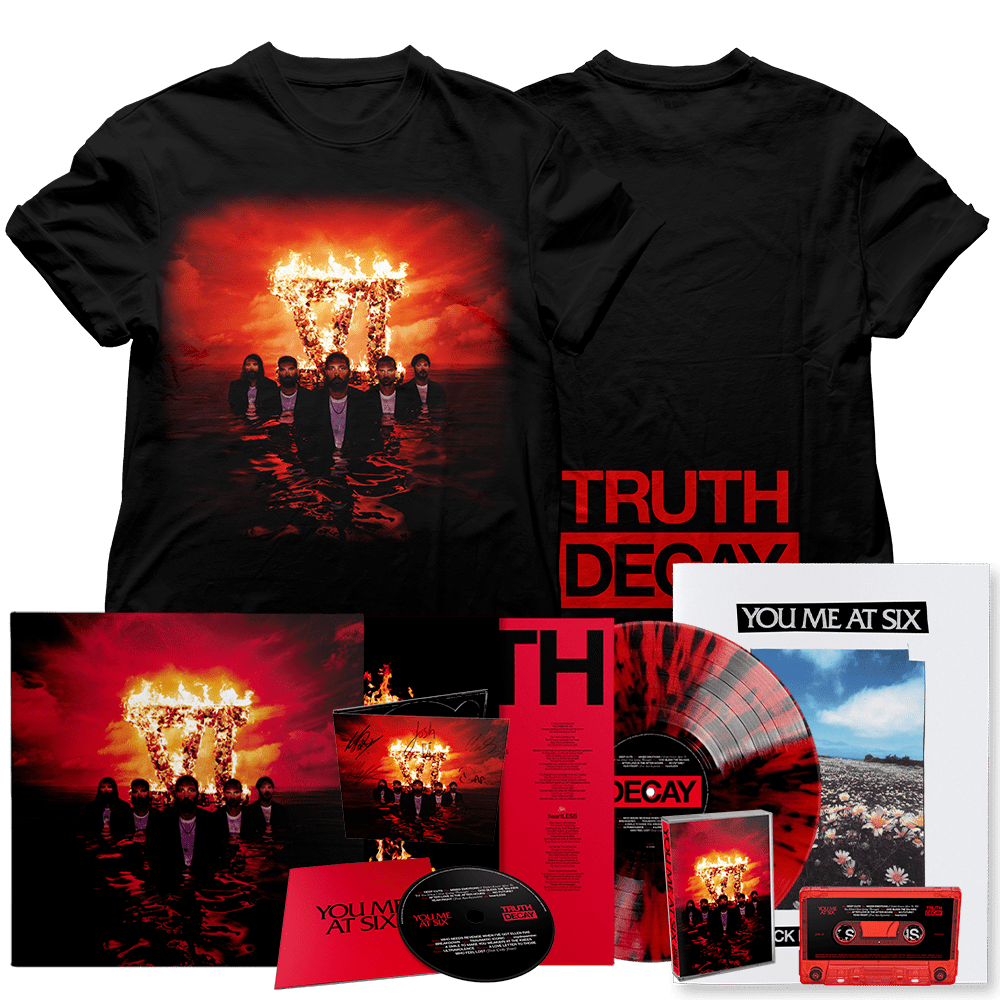 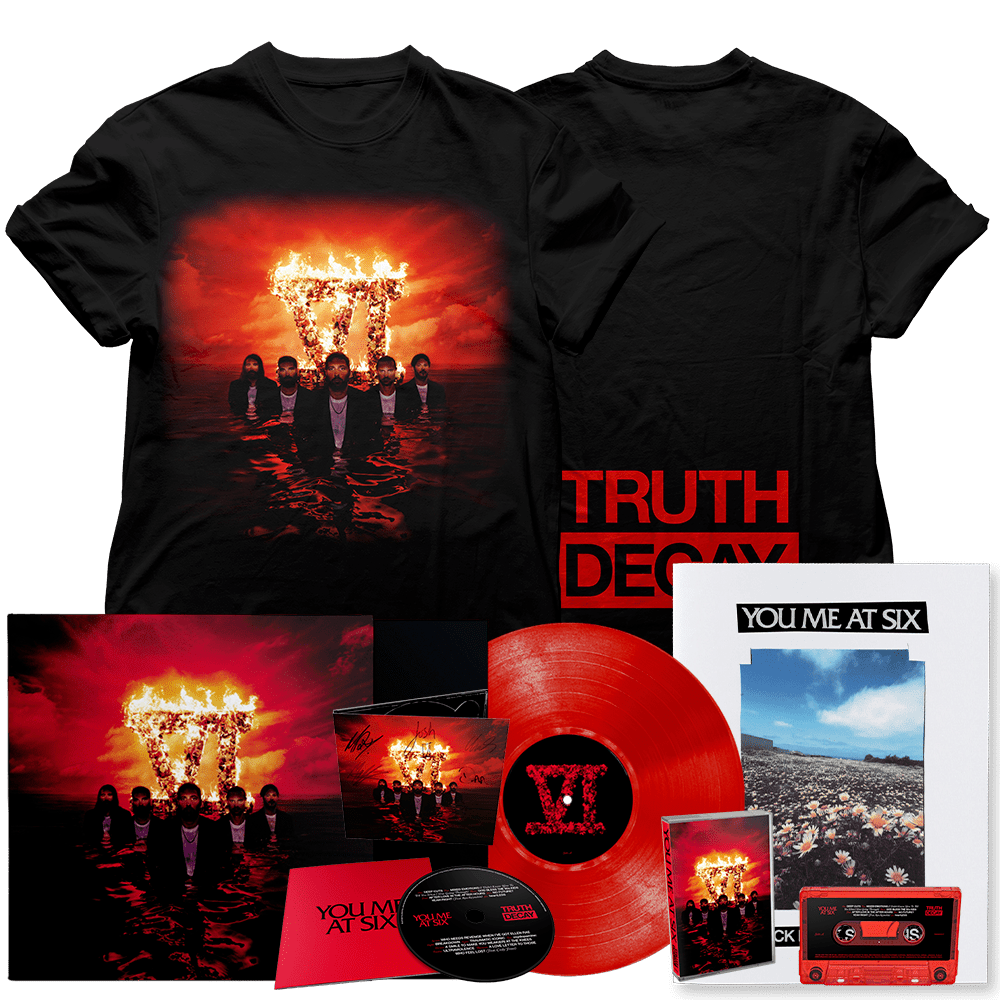 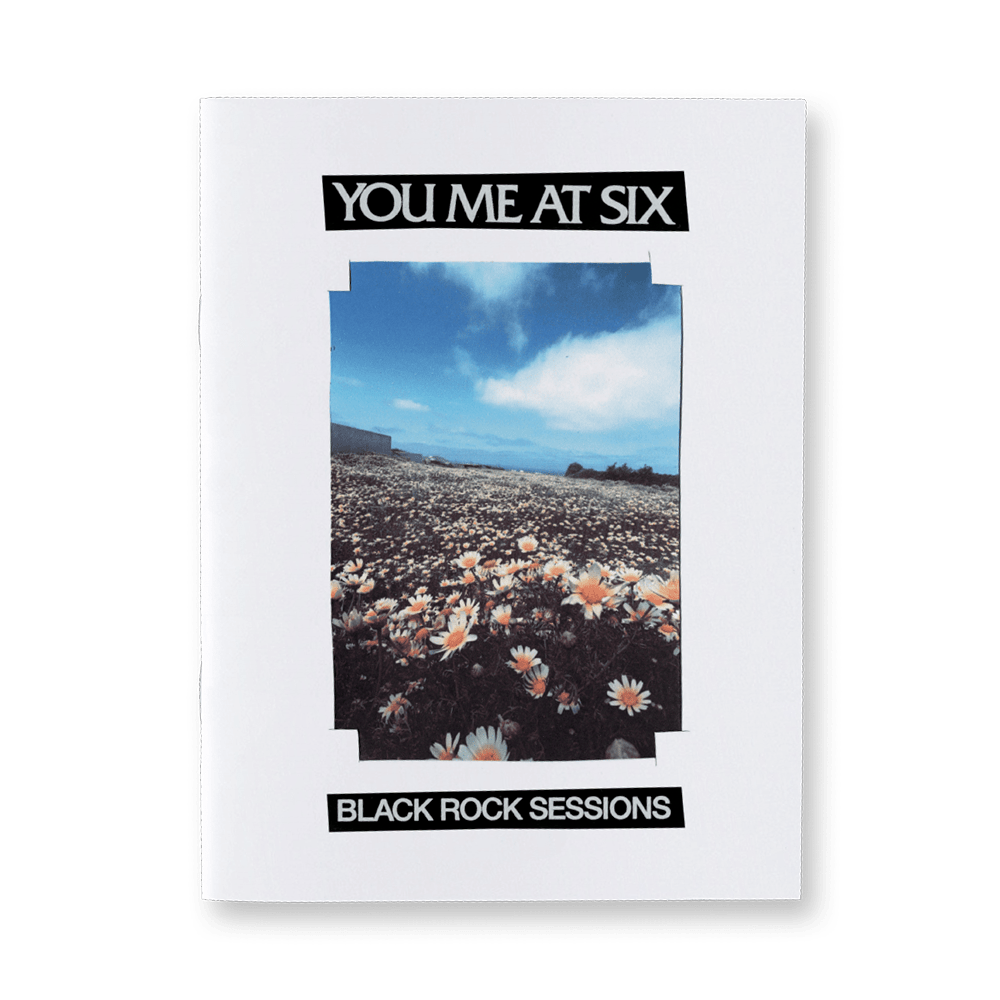 You Me At Six - Truth Decay Zine 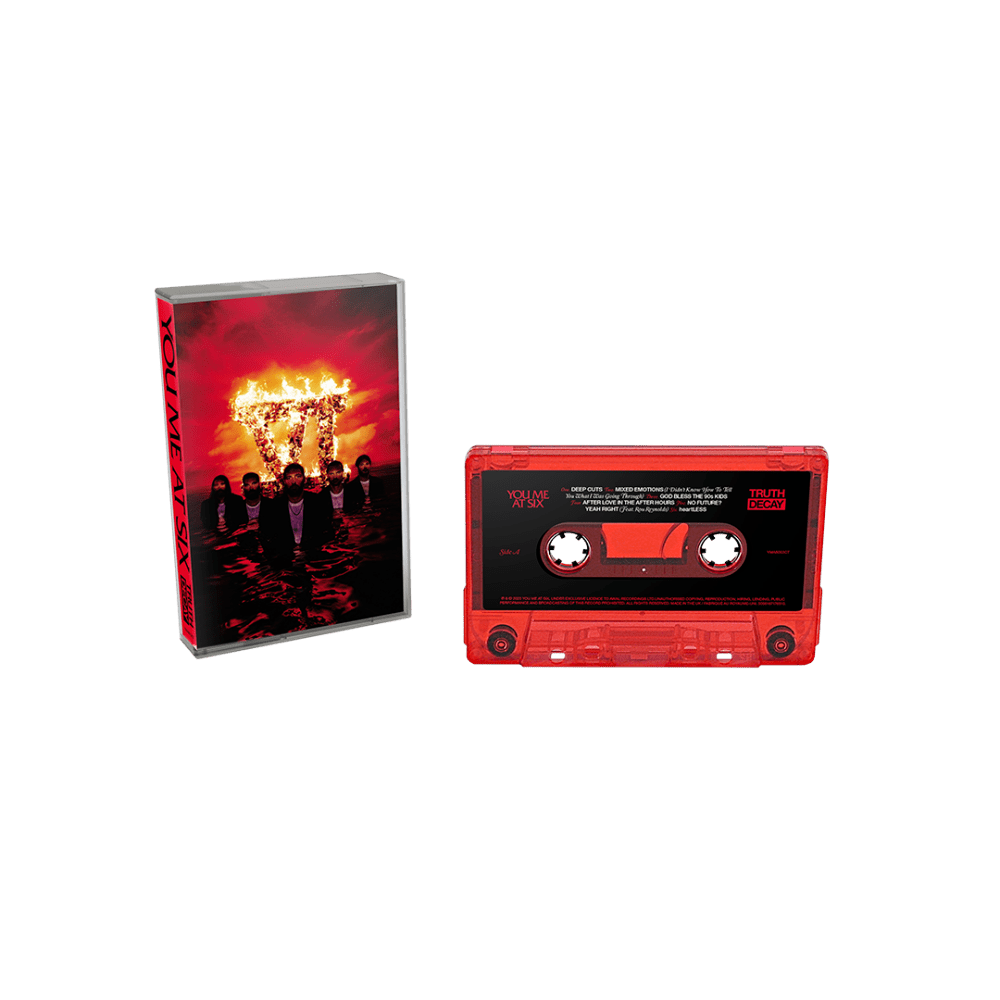 You Me At Six - Truth Decay Cassette 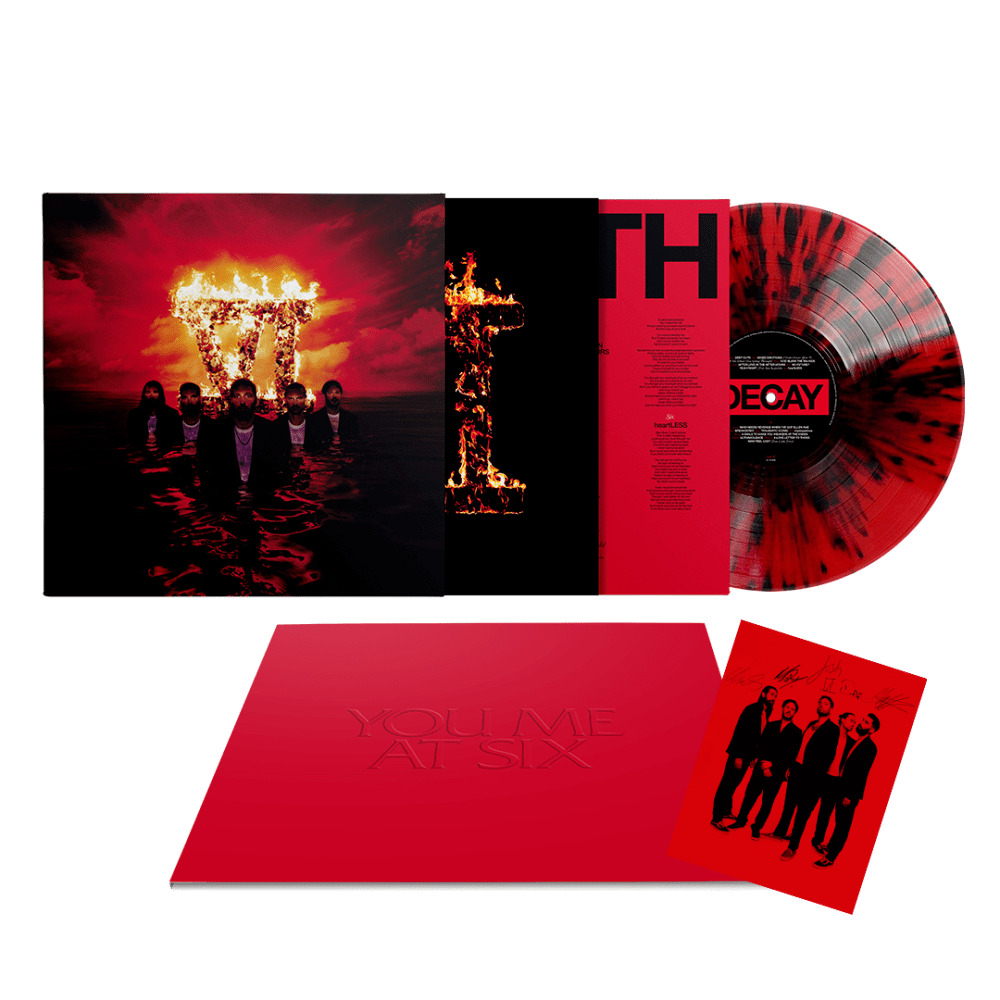 You Me At Six - Truth Decay Deluxe Splatter Vinyl