Ghetts is calm, sprawled on a blue couch at his home. His third album, ‘Conflict of Interest’, is eight days away from being released when he speaks to DIY; arguably, it’s his best and most complete work to date which - after six mixtapes and two EP’s - marks a new chapter in the life of the musician.

‘Conflict of Interest’ also signals a significant evolution in the character of Ghetts - the artist born Justin Clarke, who may not have had the commercial success his peers attained but whose pen was always mightier than anyone else’s in the game. “I’ve always felt what I represented as an artist or where my penmanship could lead was beyond repeating an eight bar and beats,” he begins over a Zoom call on a freezing day in London. “Don’t get me twisted, I’m not putting it down. There’s a great energy that that brings, but for me, I’ve always wanted to take myself out of the normal grime box.”

On this album, Ghetts does that with a masterful force. Over 16 tracks, the East London rapper skips between genres like he’s playing double Dutch, toying with the idea of them until he’s collapsed them entirely. ‘Conflict of Interest’ is a journey from start to finish, a rollercoaster ride for the senses that took two years to build, calling on a diverse roster of producers to bring the project to life. There are violins and strings, cellos and double basses, all played live in an unconventional turn, while the album also marks a new chapter for Ghetts all round.

Justin’s first phase came with Ghetto - the moniker he used in the early stage of his career across projects like ‘2000 & Life’, ‘Ghetto Gospel’ and ‘Freedom of Speech’. After his name change to Ghetts in 2009, he navigated a rocky path before his music took on a more soulful, introspective outlook - the birth of his daughter coinciding with a natural dissipation of his former youthful energy. “I’ve still got energy,” he says, “but I haven’t got my teenage energy. For me to sound like that, I would have to force it so bad because I don’t feel that way.”

Now, with the release of ‘Conflict of Interest’, Ghetts has elevated his artistry even further, challenging himself in ways he hadn’t before. “I think it’s that all three [stages] have never existed at one time,” he says. “I think this is the first time we’re all co-existing in peace. It’s not Ghetto or Ghetts or Justin; it’s something different coexisting all together.”

“Kids that are coming up might be earning more money, but that’s what the foundation was built for.”

It’s pure; neither shunning the light or the dark across the 16 tracks. He lets it all show.

Ghetts was born Justin Clarke in 1984 in Newham, East London. Raised in a musical family, he knows he would have been a musician no matter what. “Without a shadow of a doubt, I would have 100% been a rapper,” he nods. Growing up “a massive garage head”, he fell in love with words thanks to his obsession with American hip hop and the genre’s dominance over culture in the ‘90s. Citing influences like Nas, The Notorious B.I.G and Jay-Z, Justin’s mother, a teacher, also helped shape his passion.

His energy came from the London boroughs that shaped him, yet, combined with his love of language, this dual approach seemed to hold him back. A desire for narrative-driven raps over the repetitive four-by-four call-and-response that shaped early grime battles set Ghetts apart but didn’t make him a commercial success. “That’s why I struggled so much in my first years of grime,” he recollects. “People saying they didn’t understand me. You heard Ghetts, but you never comprehended what was being said.”

But slowly, Ghetts’ penmanship became revered. With each project, he vaulted himself to a new chapter, allowing his sonic landscape to expand. “I feel like I’m learning at a faster rate than everybody else because I’m taking so much in and analysing everything,” he nods. “Like, ‘Why is it amazing? Why do I feel like that when I listen to that, and I don’t feel like that when I listen to that?’. Then I study the character and study the person and see the genius, and then apply that to my music, to my mission. It takes a whole different level of mindset to get to that point.”

Analysing the greats - Michael Jackson’s mixing on ‘Thriller’; Beyoncé holding her notes at the Super Bowl; Kanye West’s production on ‘My Beautiful Dark Twisted Fantasy’ - Ghetts sees the details hidden between the lines. “Sure, there’s going to be greatness in terms of numbers and things like that. That’s always gonna exist. But how are we gonna see true greatness?”

In attempting to answer that question, Ghetts has aligned himself with many of music’s big leaguers on ‘Conflict of Interest’. There are features across the record from Ed Sheeran to Emeli Sande, Giggs to Dave, Skepta and Pa Salieu - each of whom help elevate the project to further heights. Here, Ghetts cedes space masterfully, allowing the guests to share the spotlight. Skepta’s appearance on ‘IC3’ instantly stands out, the two legendary artists collaborating for the first time officially (the track’s outro is a throwback to their pirate radio days). Emerging stars Pa Salieu and Backroad Gee bring energy and tenacity on ‘No Mercy’, while Stormzy’s venom can be felt on ‘Skengman’. Dave, Hamzaa and Wretch 32, meanwhile, leave the album on a mournful note, trading verses on its outro ‘Little Bo Peep’.

Amongst it all, Moonchild Sanelly’s appearance on ‘Mozambique’ shines brightest. The South African artist met Ghetts “at a writing camp in South Africa in 2018”. When she was in London, he invited her to the studio where she delivered one of the most captivating features on the entire record - an infectious chorus coupled with a stunning spoken-word intro in Xhosa.

However, pay attention to the lyrics in between the star features, and the conscious messages that Ghetts has become renowned for shine through. Where previous track ‘Rebel’ was written for a Black British male teenager’s angst and ‘Black Rose’ was created for his daughter, here ‘Sonya’ discusses sex work in a way few male rappers would dare to. “I wanted to create a story that was relatable from both the male perspective and the woman’s perspective,” he explains. “Because I was thinking, it’s mad. I’ve sold drugs for money, why is that cooler than [sex work]?”

“Love is the strongest energy to have in the face of evil because people don’t even know how to combat you.”

Ghetts addresses his former prison stint and turning his life around on ‘Conflict of Interest’ - “I’ve replaced that ‘ex’ with an ‘i’ /That’s why they call me an icon”. What advice would he give to others trying to pick themselves up from a similar situation?

“As long as you have the vision, you know that that vision, just let that drive you. Because no one is going to understand you like you understand yourself. In terms of [being] 18-19, I just knew that the jail situation weren’t for me. And I’m not saying, one day I woke up and everything was just [better]. I had my fair share of little mishaps and cases along the way. But what was happening now was praying, and then people was praying for me. It’s just about mindset.”

Approaching 20 years of making music, and now a celebrated part of UK music culture, Ghetts is something of an elder statesman of the scene these days. Does he think of himself that way?

“Nah,” he says dismissively. “I’m trying to glide through. I’m trying to keep myself to myself, keep good energies around me and then do what needs to be done. Kids that are coming up might be earning more money than man but we try to embrace that. That’s what the foundation was built for. You don’t hustle within your family for your children not to surpass you; that foundation was built for them to surpass what we’ve done. There’s a reason why we were doing those radio sets and building. Of course, we want to be around and have an impact for as long as we possibly can. ”

Ghetts looks at his longevity in the game as one down to his attitude change, one of embracing his peers and wanting to spread warmth and love more than anything else. “I’m climbing that mountain,” he says. “I want to get a time of peace and serenity where I feel well. I want to get to a point where, when I walk in the room, you can’t never feel any animosity towards me because I’m just exuding peace and love.”

And that’s a warmth that runs throughout ‘Conflict of Interest’. It’s the album Ghetts is proudest of yet, and rightly so. “Love is the strongest energy to have in the face of evil because people don’t even know how to combat you,” he smiles. “I used to think that ‘fuck the world’ energy was the strongest energy you could have and feeding off that energy [was the best], while not knowing that love defeats all of that. It defeats all of it.”

‘Conflict of Interest’ is out now via Warner. 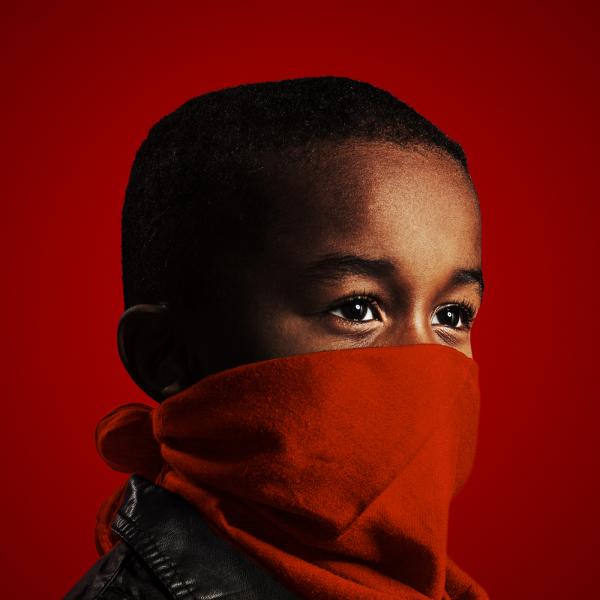