Releasing their debut EP ‘I AM JUST A BOY LEAVE ME ALONE !!!’ last week, we sent them over some qs to get to know them a lil’ better.

Describe your music to us in the form of a tinder bio...
3 dudes havin fun, love eating lime tostitos
Looking 4 some1 2 cook 4 us
Anthem: Girls just wanna have fun by bladee + ecco2k

What's your earliest music memory?
Alex: For myself, the earliest music memory I can think of is when we would drive over to my grandparents’ house and my mom would put on her Jacques Brel CD in the car. When I was that age I hated the songs but in my teen years, I went through his catalogue again and realized how much of an amazing singer and lyricist he is.
Miguel: There’s a Canadian francophoneTV show called “Rolie Polie Olie” and I was really hyped up off of it. There’s also the time when me and my dad made a mix CD when I was around 10. Some tracks include 'Raining Blood' by Slayer and 'Fly Away' by Lenny Kravitz.
Keith: We had LimeWire on the family computer, and my brothers downloaded 'Crank Dat' Soulja Boi and 'Danger Zone' from Top Gun. My dad also had an old iPod and he had Coldplay’s first album on there and I would listen to it on repeat on the speaker.

What were some artists that inspired you when you were just starting out (and why)?
When we first started jamming together, we didn’t really have any material of our own yet, so we just played covers during practices. We played a lot of Beach Goons, specifically 'Hrsb', and when we were just beginning to write stuff, we considered going into a surf-punk direction because of that band/song.
Another influence of ours would be the Philadelphia band The Obsessives. When we played our first show we covered 'Surfer Rosa' and had such a great time learning and playing it

You're from Ottawa! What do you think of the music scene there at the moment?
The Ottawa music scene is cool, we met lots of great people and bands when going to and playing shows. Unfortunately because of the pandemic, three of our scene’s music venues ended up closing and there haven’t been any shows in over a year, so the current state of our scene is in a tough spot but I can't wait to see the scene reflourish once armageddon ceases.
RIP LEAKY B’S + CINQHOLE + PRESSED

Are there any other artists breaking through at the same time that you take inspiration from?
Absolutely, we have lots of pals that we look up to. There’s a Hitchin, UK band called second thoughts who recently have blown up on TikTok and it’s so nice to see them skyrocket. Miguel used to be in an internet synth-pop project with Michael Keefe their keyboard player.
Another one is TEEN BLUSH, they're a Chicago project that worked with the same music video director as us and we pull from a lot of the same inspirations.
Lastly, since signing to Grand Jury Music, we’ve come in contact with Jordana, a super talented gal from NYC. Her tunes are great and the newest one with Ryan Woods is so incredible

Who would be your dream collaborator?
Miguel: Dream collab for me would be Tim Kinsella for sure. He's my favourite lyricist of all time and I cant write lyrics for the life of me, so I think we would make a great team.

Musically or otherwise, what are you looking forward to the most to this year?
Definitely touring, we’ve only played five shows ever as a band, and we were planning to go on a small tour in the spring of 2020 before the pandemic hit. It feels like we’re missing out on such a big aspect of being musicians because we aren’t able to tour :( but we are holding out hope for possibly being able to do so before the end of 2021 :)

If people could take away one thing from your music, what would it be?
I would hope that people take away the honesty and authenticity we put into our music. Making art is putting your most vulnerable self out there, which is very scary, and we dedicate a lot of time to fine-tuning and making sure each song and mix represents our vision. While also not taking ourselves too seriously and having fun along the way because that’s really what making music’s all about. 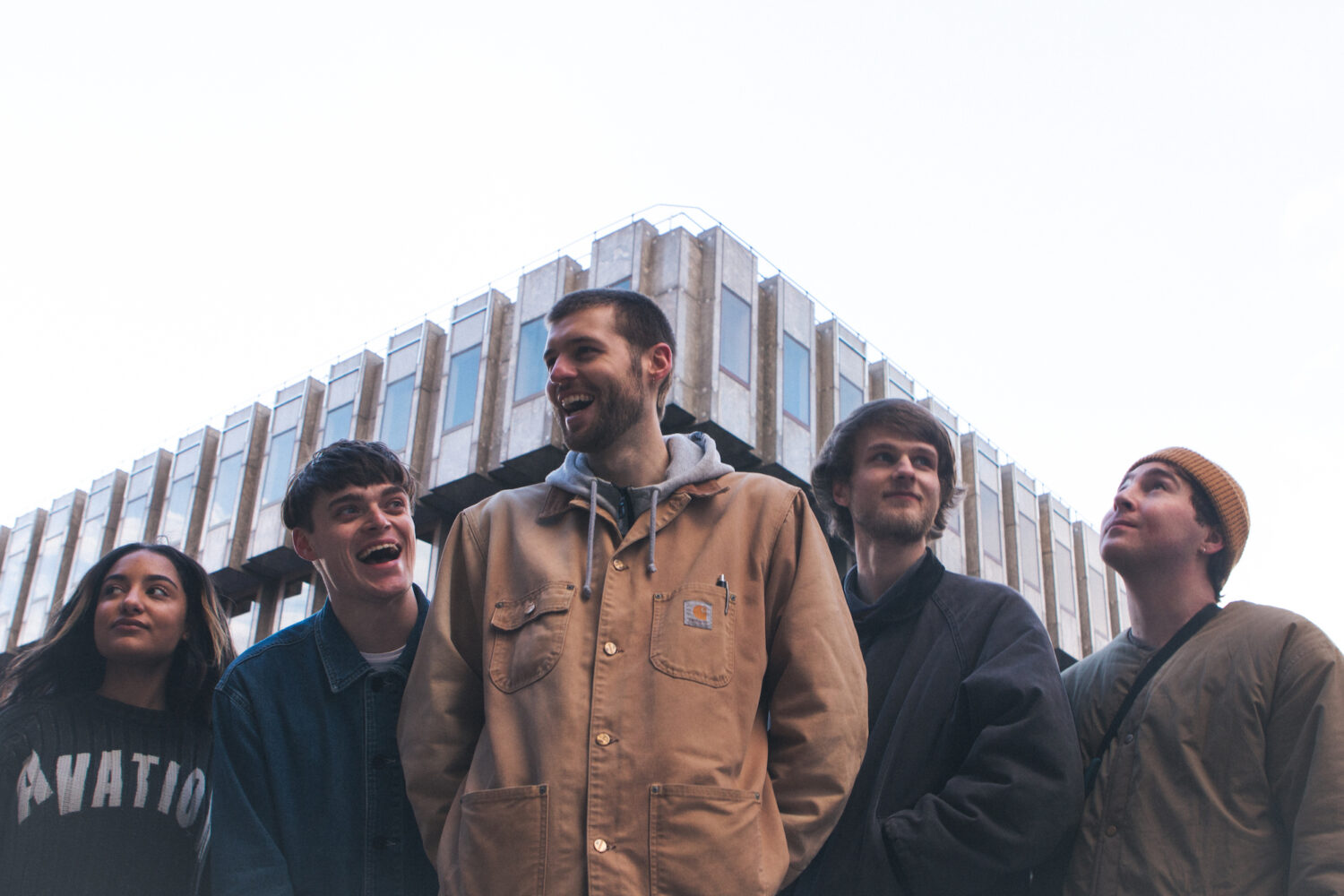