Enthralling, immersive, and at times, oddly transcendent, Brighton’s Squid have embarked on astring of dates across the UK showcasing “work in progress new music” off the back of the release of their divergent debut ‘Bright Green Field’.

With Manchester’s understated Stoller Hall for a blank slate, the feverish five-piece soon charge their surroundings with a peculiar and potent energy that only intensifies with every song. Squid’s effortless ability to construct dynamic, playful and elasticated backdrops takes on an entirely different level, as this time, the seated audience has zero distractions from being plunged headfirst into a whimsical world of horn, gongs, and cowbells.

Drummer-vocalist Ollie Judge sits restlessly centre stage equipped with wide eyes, taking on the role of the band’s eccentric conductor as his caricature-like vocals repeatedly ground the band’s quintessential experimentation. Surrendering entirely to their artistic ventures, they voyage through a whiplash, 60-minute set offering glimmers from their debut album, the likes of ‘Paddling’, ‘GSK’, ‘Pamphlets’ and ‘Narrator’ while seamlessly weaving the set together with what we could only imagine a typical Squid jamming session to look like.

Although distanced performances may be daunting to many musicians in the wake of the pandemic, Squid undoubtedly thrive as they delivered a visceral, water-tight set that welcomed fans that one step closer into their creative psyche. Despite the physical restrictions, Squid’s performance is boundless, fluid, and entrancing. 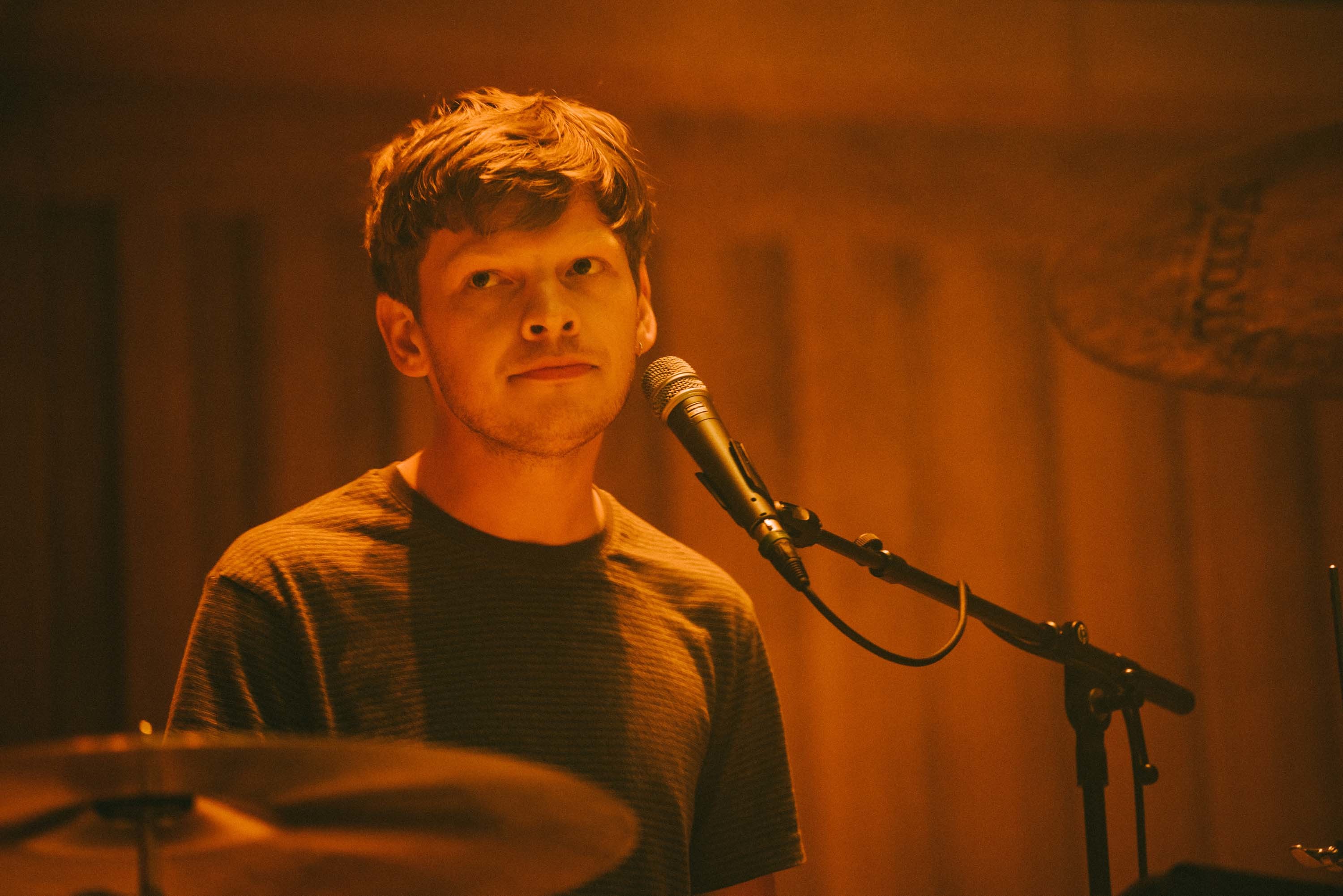 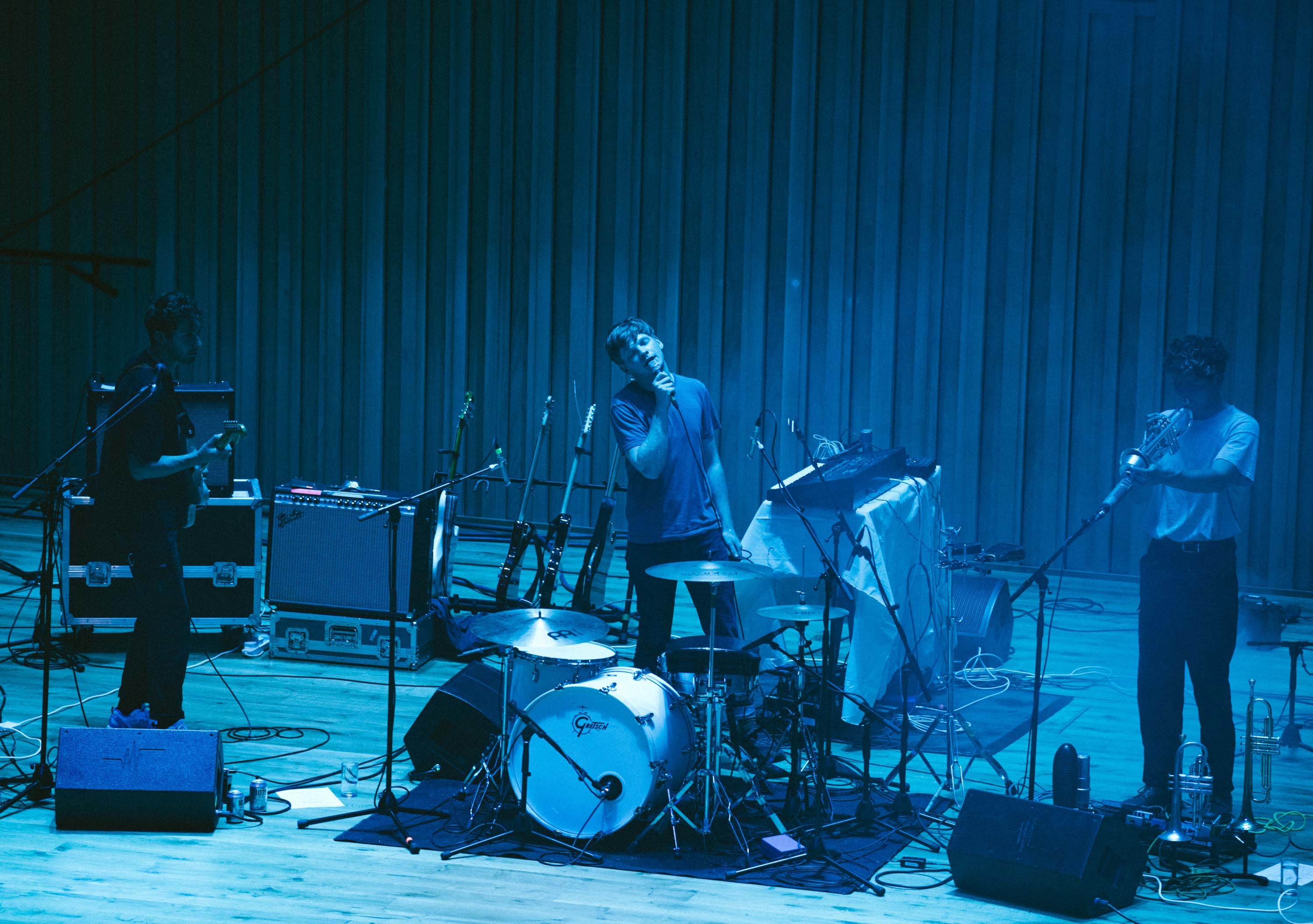 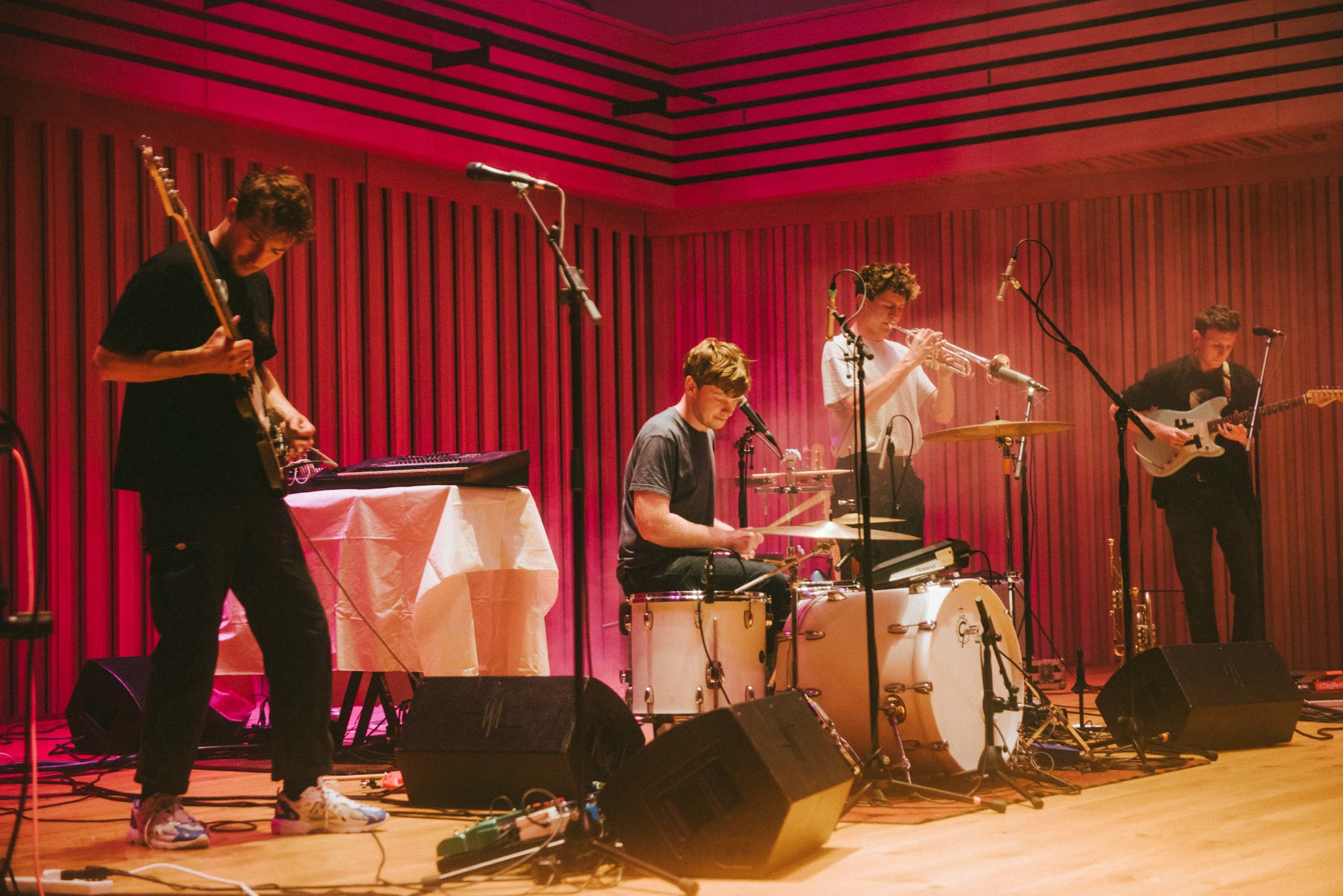 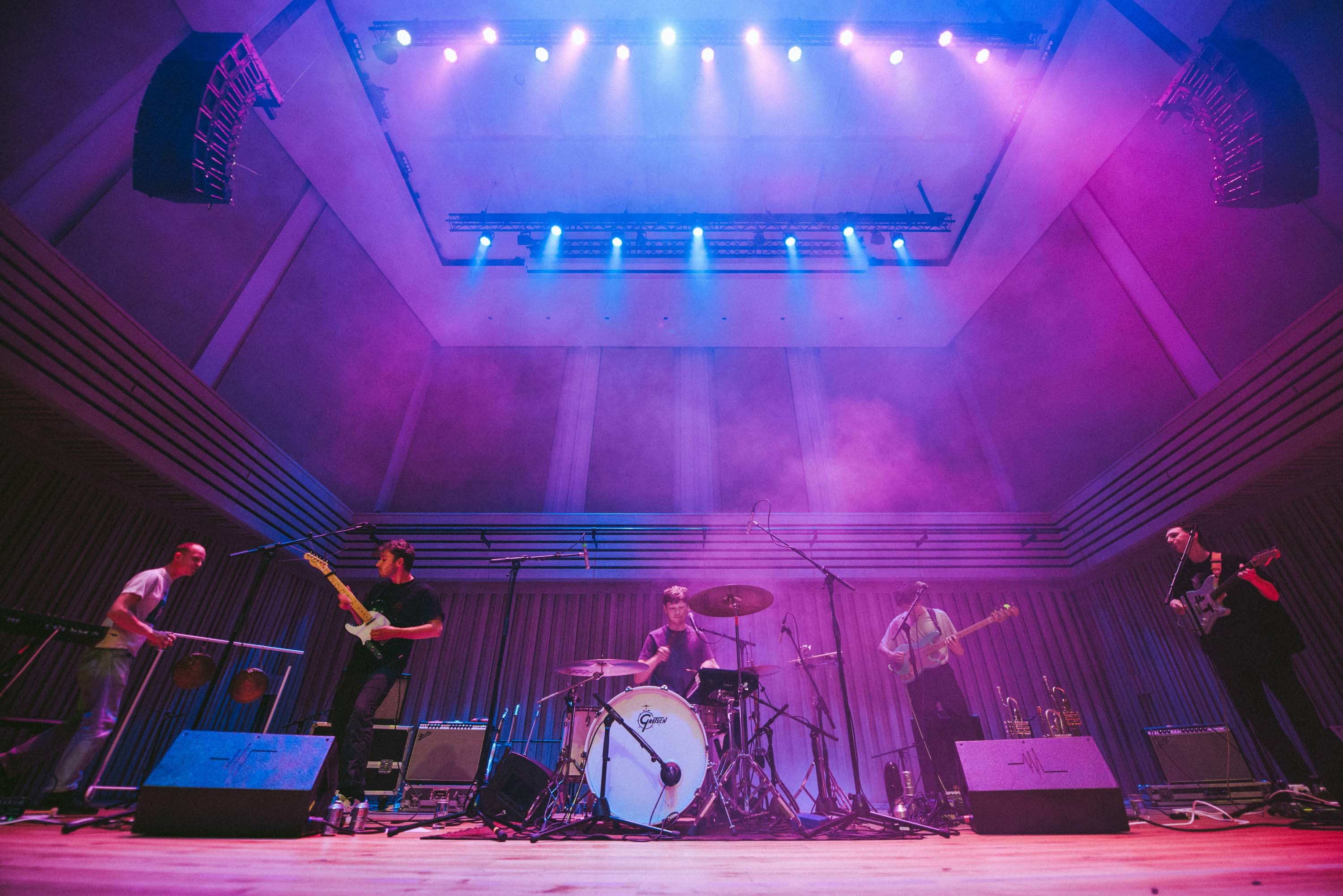 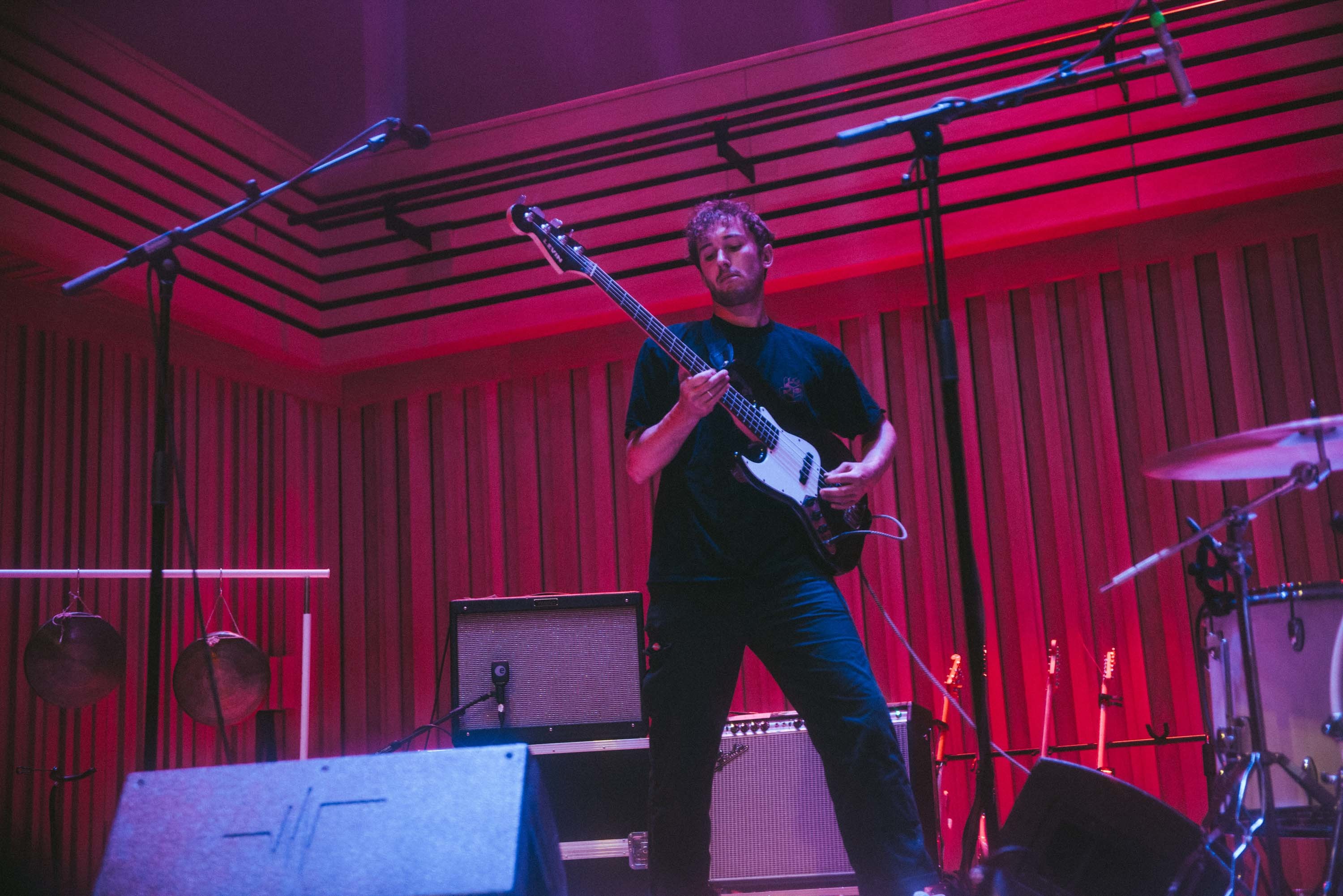