It’s an overcast day in North London, and Matt Maltese - dressed in a full Italian tweed suit - is gamely submerging himself neck deep in a slightly sludgy lake. “Is this the place where coronavirus started?!” he heckles, perma-twinkle in eye still, thankfully, present. Likely not (we hope), but it’s also not the sort of place you’d normally find a Billboard-charting, genuine viral sensation cheerily sacrificing himself to the elements at the behest of chancers like us.

Over the past 12 months, Matt has watched 2017 single ‘As The World Caves In’ go from an early notch on his musical bedpost to an unexpected TikTok megahit. Currently it stands at 140 million Spotify plays, covered by thousands of people daily including, brilliantly bizarrely, Doja Cat. “There are 60,000 songs a day or something put online, so how did that one get mined from the eternal abyss? I just don’t know. But god bless the kids that made that happen,” he shrugs, bemusedly. And yet the 25-year-old seems far more at home cracking jokes and clutching a much-needed post-dip cuppa than leaning into the fame-touching world that he’s suddenly found himself on the cusp of.

It seems fittingly ironic for a singer whose stock in trade has long been shining a light on the more uncomfortable aspects of life that his objective popularity peak has coincided with a time when, personally, Matt seems to be embracing something altogether simpler. Third album ‘Good Morning, It’s Now Tomorrow’ - a tender, warm, and consistently gorgeous record that marks his best output to date - shows an artist more accepting of himself than ever. In his personal life, meanwhile, the singer jokes that, these days, he lives like “a boring 50-year-old” - he’s basically stopped drinking, and become a self-professed exercise addict (“I had a nightmare where I lost my tennis racket. I don’t even play tennis…”).

The Matt Maltese of today, then, is still the same boy we’ve always known, but also notably changed. “Even though it’s quite an odd moment in the world to settle into yourself, I definitely feel more comfortable in my own skin than I ever have,” he nods, “which is maybe growing up, or going a bit far the other way at times and then realising that this life always seems to take you back to where you started…”

“I think life is in the tiny details, and life felt so small [last year] as well as so big.”

First emerging as a shaven-headed, self-lacerating troubadour, playing the lothario in between ragged punks’ sets at Brixton Windmill, Matt’s 2018 debut ‘Bad Contestant’ was soon followed by a split from his major label deal and a follow up - 2019’s ‘Krystal’ - that seemed to swing purposefully in the other direction, prioritising radio-friendly hooks and a more commercial sensibility. ‘Good Morning…’ sits somewhere more happily in the middle of the two. Twinkling moments of doe-eyed romance (‘Everyone Adores You (at least I do)’) and heart-on-sleeve swoons (lead single ‘Mystery’) still rub against more unusual analogies (‘Shoe’) and turns of phrase (‘Lobster’), but the whole thing feels settled and cohesive.

Matt’s musical niche might be one that instinctively sounds calm and inviting, but it’s been a journey of self-acceptance to truly get to that place. “I’ve been in what I felt was always this middle ground between someone going down a more conventional, no holds barred mainstream [path] but then idolising indie darlings, and being in the middle where I don’t really have an issue listening to Iceage but also listening to Keane. I like both,” he explains. “But that’s not really talked about in this music business. People are one side or the other and I’ve never been comfortable with that.

“I did have to step away from that and forge my own path where like, Warp Records might think I’m pop trash, but I have to wake up and not care. I have to wake up and not care what Steve Lamacq thinks of me, because it becomes like the cool kids at school,” he continues. “And I think the indie music scene in this country can be so toxic, because it can make people so repressed in trying to be idolised by people they don’t even like. And it can fuck up what you’re making, and what you feel about yourself.”

He recalls racking up the sort of plaudits - shout outs from Jarvis Cocker; nods from ‘credible’ media - that he’d long dreamed of, but that never truly satisfied the itch. “I’d rejected all these commercial paths in favour of being respected by certain people and then you get to the end of that road and it’s like, as if I thought this was gonna make me feel fulfilled and whole?” he says, shaking his head. “And then realising the thing that makes me feel the best is never thinking about those things, and stepping away. And I’ve maybe ended up where I am now by not really caring anymore what those people think. And I say that really genuinely, because there are so many times in my life where I’ve said that and wanted it to be true but I really don’t care anymore, and it’s so nice. It’s hard enough to traverse life without all that.” 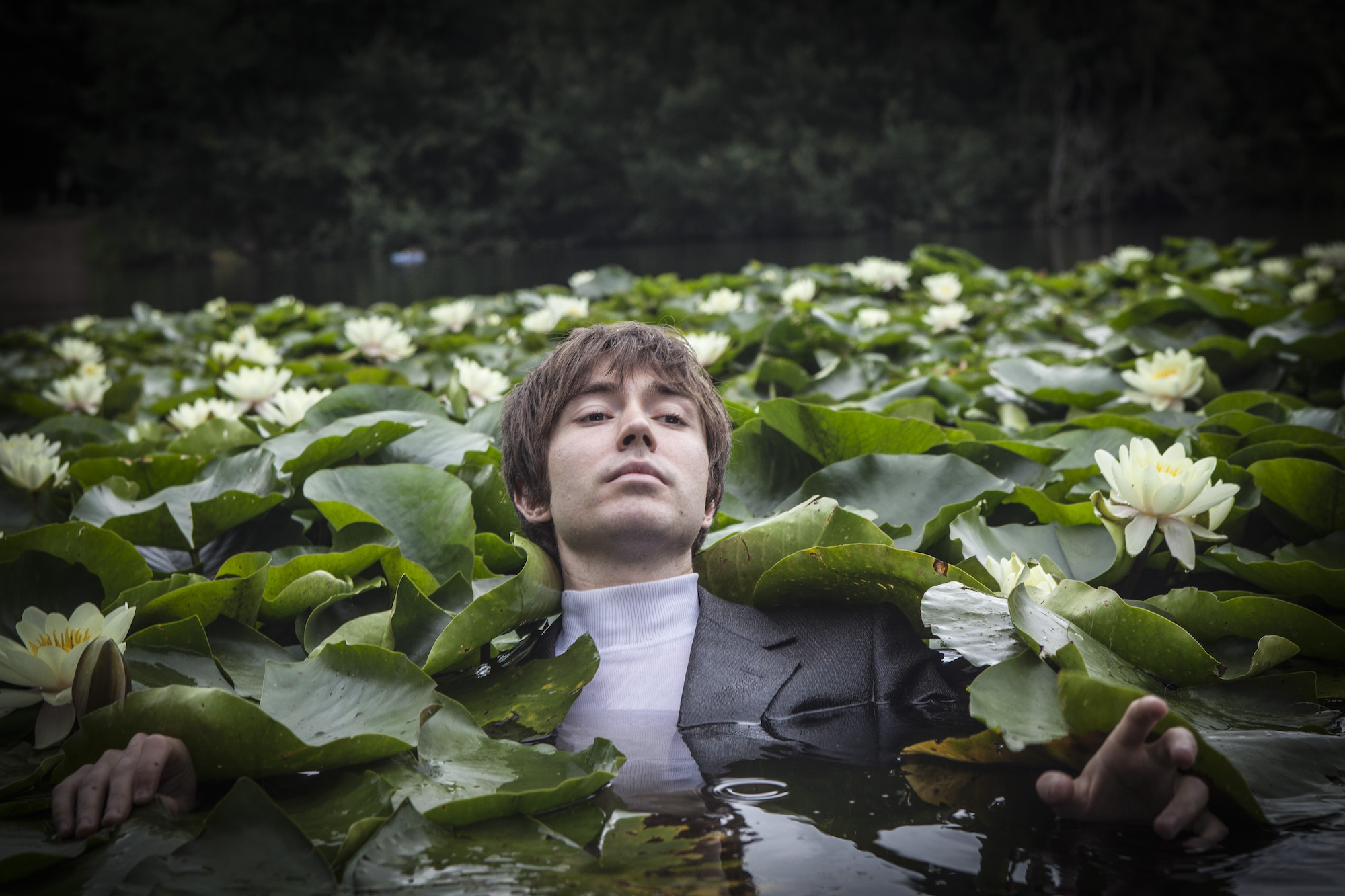 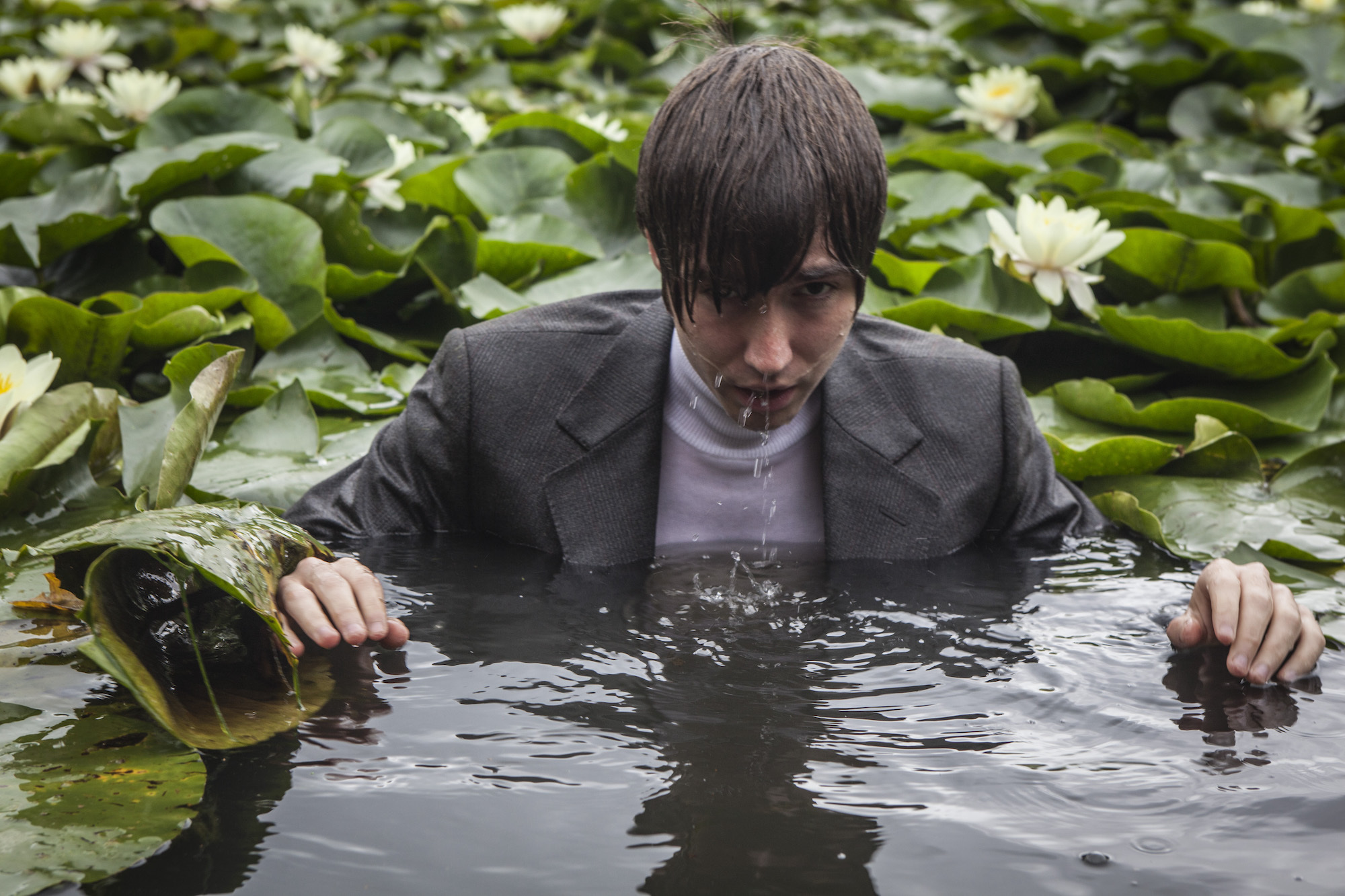 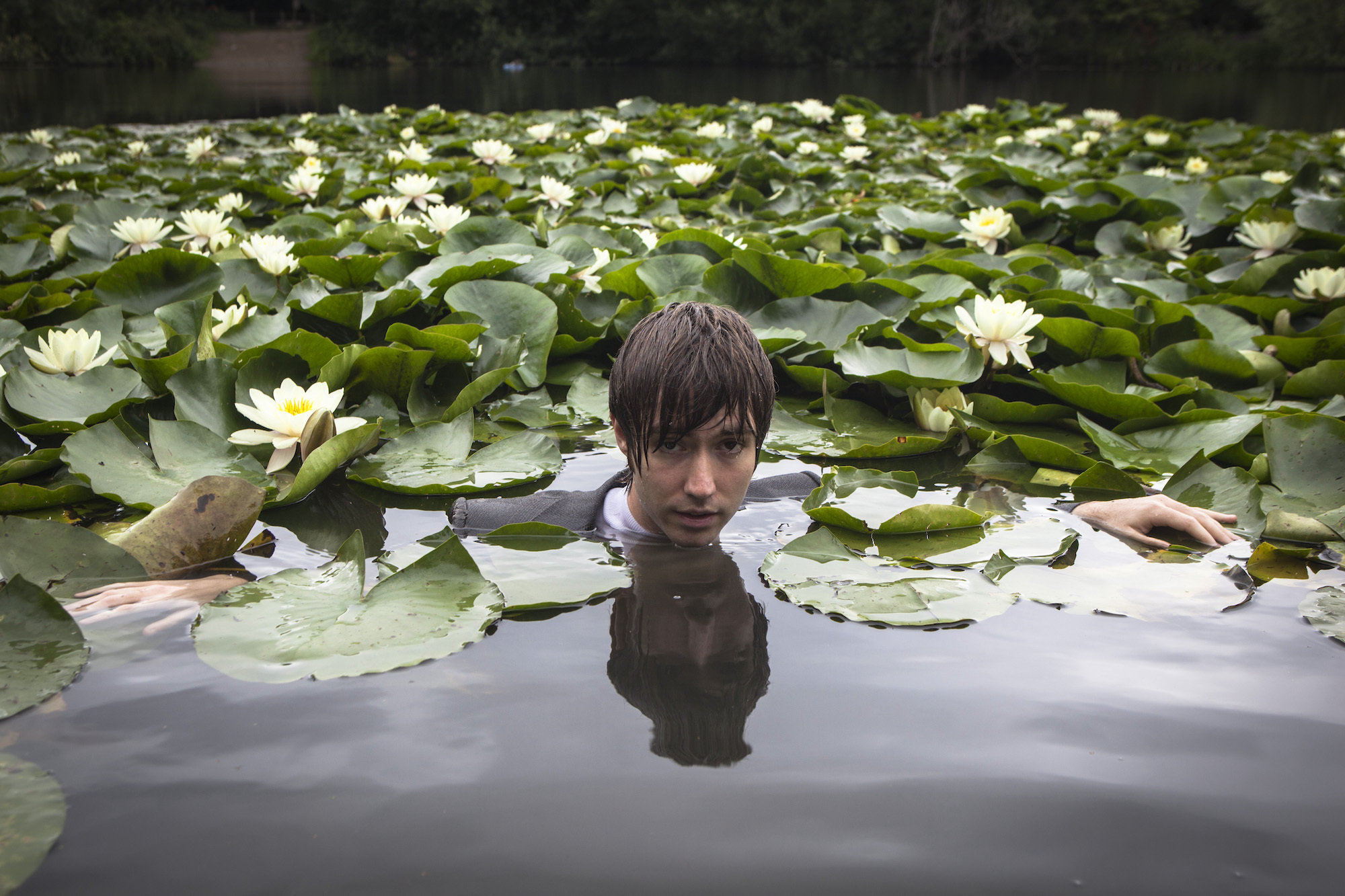 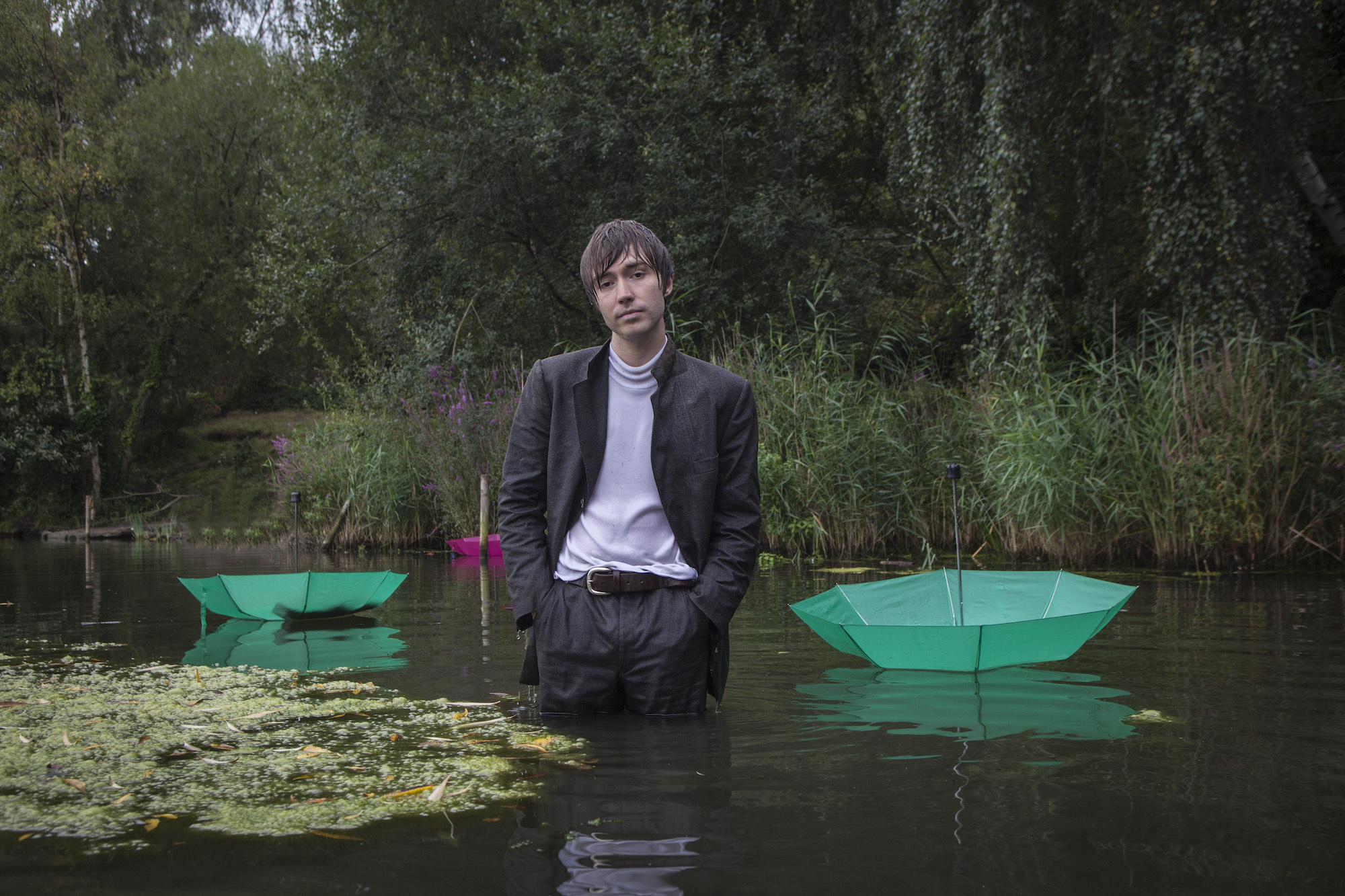 “I have to forge my own path where Warp Records might think I’m pop trash, but I have to wake up and not care.”

Matt Maltese on working with Joy Crookes…
“She’s got an astonishingly commanding presence and I was so shy at first, this spindly bomber jacket white boy guy. But she was amazing, and we talked for five minutes and there was just such a click. She lived three minutes away from where I used to live, so we’d hang out and go to the gym together, and the third day we hung out she had this very difficult thing going on in her life that we wrote a song about (‘Skin’). I feel so lucky that, in this time, I’ve met someone I feel genuinely connected to. You meet very few people where their artistry just bleeds out of them and it really does with her.”

On Album Three, then, Matt is writing not necessarily for himself - “I don’t make music for myself, god knows I don’t. I make music to pay my rent and to connect with people” - but he’s also not writing it to please any lofty musical gatekeepers, either. And of course, because such is the fickle way of the world, the result is a record that will likely end up with a bigger audience than ever before.

Penned during 2020 and all that came with it, writing was an escape and a way to find a modicum of normality within a period filled with “juxtapositions of [living very small] and then these massive moments from the past hitting you like a bus”. “I think life is in the tiny details, and life felt so small in that time as well as so big,” he muses. “I’d watch Episode Five of Normal People and then suddenly be bawling my eyes out about something that happened six years ago.”

Recently, Matt has also been branching out and writing with other people, from Joy Crookes (see sidebar) to a clutch of bona fide A-listers who he’s keeping schtum on for now. Across lockdown, he estimates that he penned four songs a week for nine months for other artists, yet even that has been an exercise in allowing himself to do what he genuinely wants. “Four or five years ago, I’d have days where I’d be a snob about stuff, and cuss people out and never dream of writing with who I am now. But who the fuck am I to think like that?!” he says.

More than ever, Matt Maltese seems to have found his right path and, whether by fate or by sheer algorithmic luck, the universe appears to be rewarding him in tandem. “If this [spike in popularity] had happened on Day One Year One, I might have a very different sense of it all and think that’s how it’s meant to be. But I have no sense of that, and I take every success as it comes,” he decides. You can lead a man to the waters (or muddy lakes) of internet fame, but you clearly can’t make him drink. Matt Maltese is happy just floating in the middle.

In The Studio with… Matt Maltese

The cult balladeer-turned-viral star is back at it for incoming LP3.