Over the past 12 months, 21-year-old Birmingham boy Sipho has been ticking off all manner of career goals - from signing to Dirty Hit to releasing July’s debut EP ‘AND GOD SAID…’ - but there’s something pleasingly full-circle about his latest milestone.

“The first meeting when I met my manager he was like, ‘We’re gonna do Jools Holland, man’, and now it’s coming up on Saturday,” he tells us, begrudgingly sipping a Coke (“This stuff’s trash”) and decked in a T-shirt adorned with the face of labelmate Leo Bhanji. Lining up on an episode of the iconic TV institution that also features even greater musical institution Elton John, it’s a not-inconsiderable achievement for someone who, only three years ago, was gearing up to throw their life into a sports science degree. Sipho (pronounced See-po), however, is so chilled about the event that he may as well be recounting a recent trip to the corner shop.

“As much as it freaks everyone else out, I’m surprisingly calm about this stuff. It’s a day at the office,” he shrugs. Well, it’s a day at the office where you could potentially earn several promotions in the space of three minutes… “It’s like a stockbroker innit? If you make the right decisions and the right moves, then it goes in the right direction,” he counters. “I have different opportunities sometimes and I’m very blessed with that. But I feel like, because some of my close friends are artists and make music, they helped instil the idea that the people who I look up to are just doing the same shit as me and they’re my peers, so if they’re able to do it then why can’t I?”

It’s an attitude that marks the singer out as more assured and grounded than his still-young years might imply, and it’s written all over his music - the sort of cathartic, weighty offerings that seem at odds with the affable jokester with a Ralph Wiggum tattoo sat here today. So far, the narrative around Sipho has been of a childhood spent wrestling with religion as part of the Seventh Day Adventist church; today, he decides that the only real sacrifice he had to make was giving up bacon. “I did the church thing, everyone’s done the church thing, but my parents weren’t that strict,” he shrugs. “I’m not saying the people in [the church] weren’t mad cunts. But my family weren’t mad about it, it’s just something we do that’s part of the culture.” 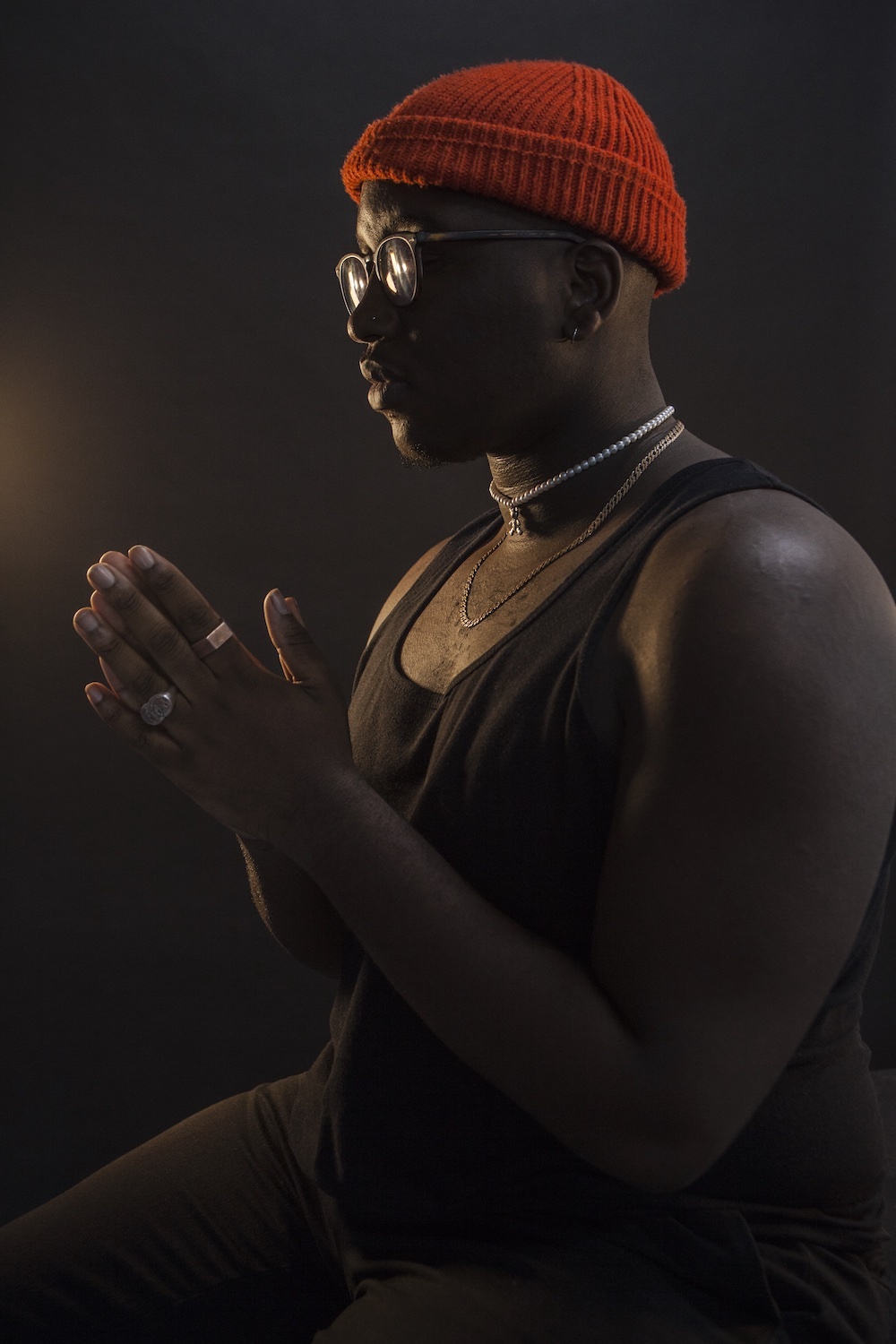 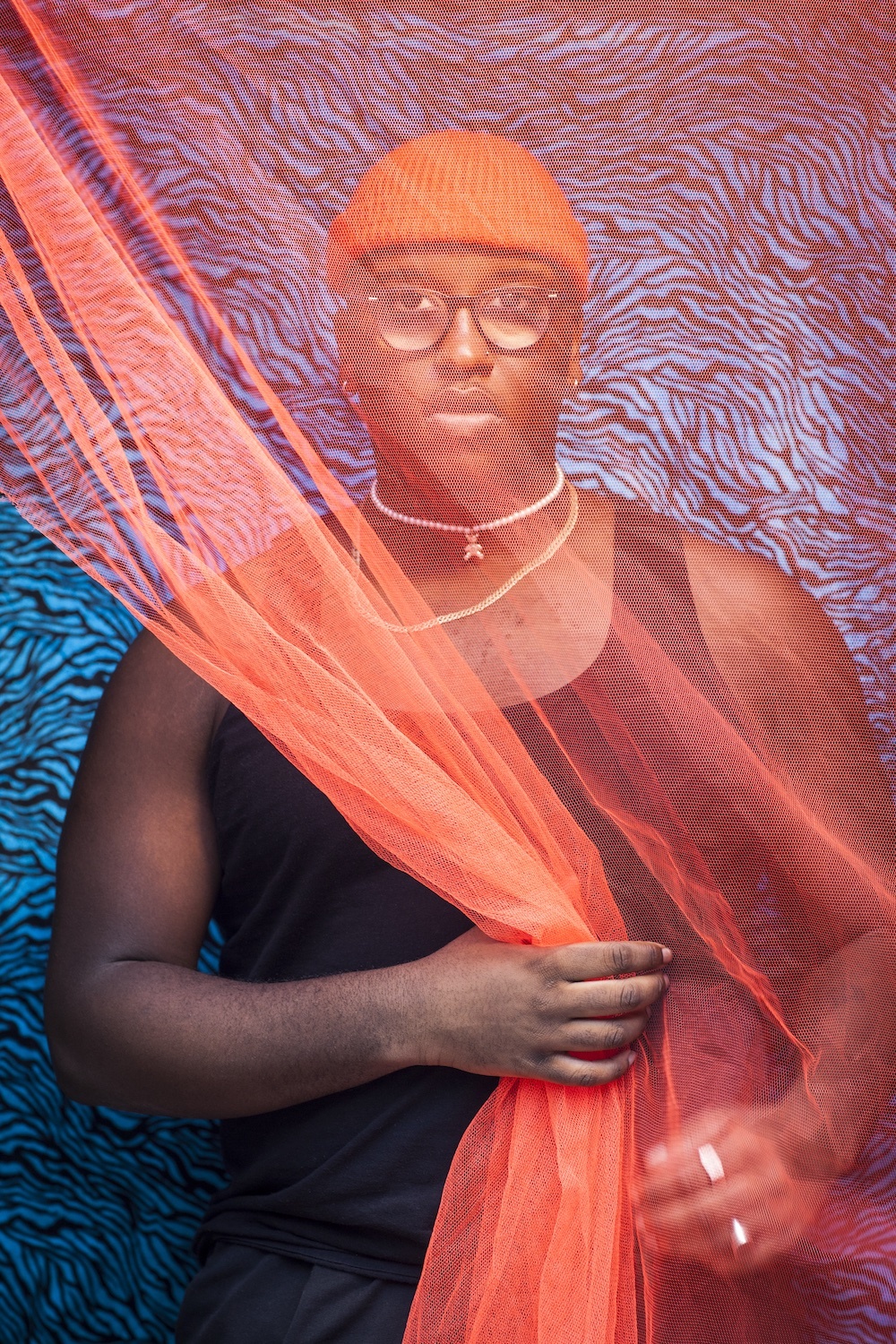 Enthusiastically reeling off endless artists who’ve influenced him over the years, from Jim Reeves and ‘80s pop duo Roxette to Alexisonfire, Lil Wayne and Meek Mill, and declaring that his Jools performance would consist of him peeling off his skin to reveal five pigeons stacked on top of each other (spoiler alert: it didn’t), Sipho is eager for people to understand all sides of him. Yes, he makes emotional music that pulls from the electronic, gospel and R&B worlds, resulting in the sort of heavyweight beauty that could see him aligned with the likes of Moses Sumney, but he’s also a young man from Birmingham who likes a laugh. And, as he points out, once you bare all in a song, there’s not a whole lot of room left for pretense. “I’ve literally told [the world] all of my inner dark secrets and the primal shit that goes on inside of me, so how could I then walk out [puff-chested]? Fuck that!” he exclaims.

It also points to a wider theme that runs throughout ‘AND GOD SAID…’ and the music Sipho has made so far: of giving a more rounded voice to his experience as a young Black man than is often afforded in the public eye. “[That record is] an exploration of those aspects of my identity, as someone who’s seen particular sides of me and my existence - as well as people around me who are like me - emphasised more than other parts,” he explains. “I guess it was me putting a microscope on the effects of that, as well as showing what the actual other side is - not just this overly masculine, almost terrifying aesthetic with no feelings [that’s often presented], but the human side. I’ve got a teddy bear necklace around my neck! I’ve got Ralph Wiggum on my arm! This shouldn’t be a rare space, so I guess I’m just trying to normalise being me.”

Next up is this month’s new single ‘Beady Eyes’ - a dark, undulating offering that he describes via a series of comedic grunts and grimaces as “some moody shit”. “It’s loud and brash and toxic; my friend said it sounds like a Black Meatloaf - it’s surprisingly dramatic, I can’t lie…” And while Sipho’s nods to the hairy ‘80s rocker might be more of a gag than a genuine comparison, his talent is no joke. As he says himself, “There’s only so much time on this earth, we can’t be doing nonsense.” Directed by SIPHO himself! It’s probably not about Liam Gallagher’s ill-fated band, is it. The new music celebration will see other acts including ENNY, Hussy, Malady and more performing at various East London venues.