Set for release on 7th July, Interpol have announced their seventh album ‘The Other Side of Make-Believe’.

“The nobility of the human spirit is to rebound,” Paul Banks notes. “Yeah, I could focus on how fucked everything is, but I feel now is the time when being hopeful is necessary, and a still-believable emotion within what makes Interpol Interpol.” Daniel Kessler concurs: “The process of writing this record and searching for tender, resonant emotions took me back to teenage years; it was transformative, almost euphoric. I felt a rare sensation of purpose biting on the end of my fishing rod and I was compelled to reel it in.”

Sharing first single ‘Toni’ alongside the news, the accompanying video is the first instalment of a two-part dance film directed by Van Alpert, with chapter two set to come soon.

“It was a blast working with Van Alpert on the video for our song Toni,” Banks says. “We bonded over shared film inspiration as well as a passion for classic music videos by the likes of Glazer, Cunningham and Jonze. Van, in my opinion, is in the club with these legends; and it’s exciting to watch him build his own enduring body of work.”

“I wrote a crazy idea that I felt was new for INTERPOL, a hyper-modern, cinematic dance film,” Van adds. “A ‘Lover’s on the Run’ story, with a classic cliffhanger ending. Dream job working for my all-time favorite band! Paul Banks ties everything together and elevated the concept, because he’s naturally a great actor, artist, and collaborator.”

Check out ‘Toni’ below. 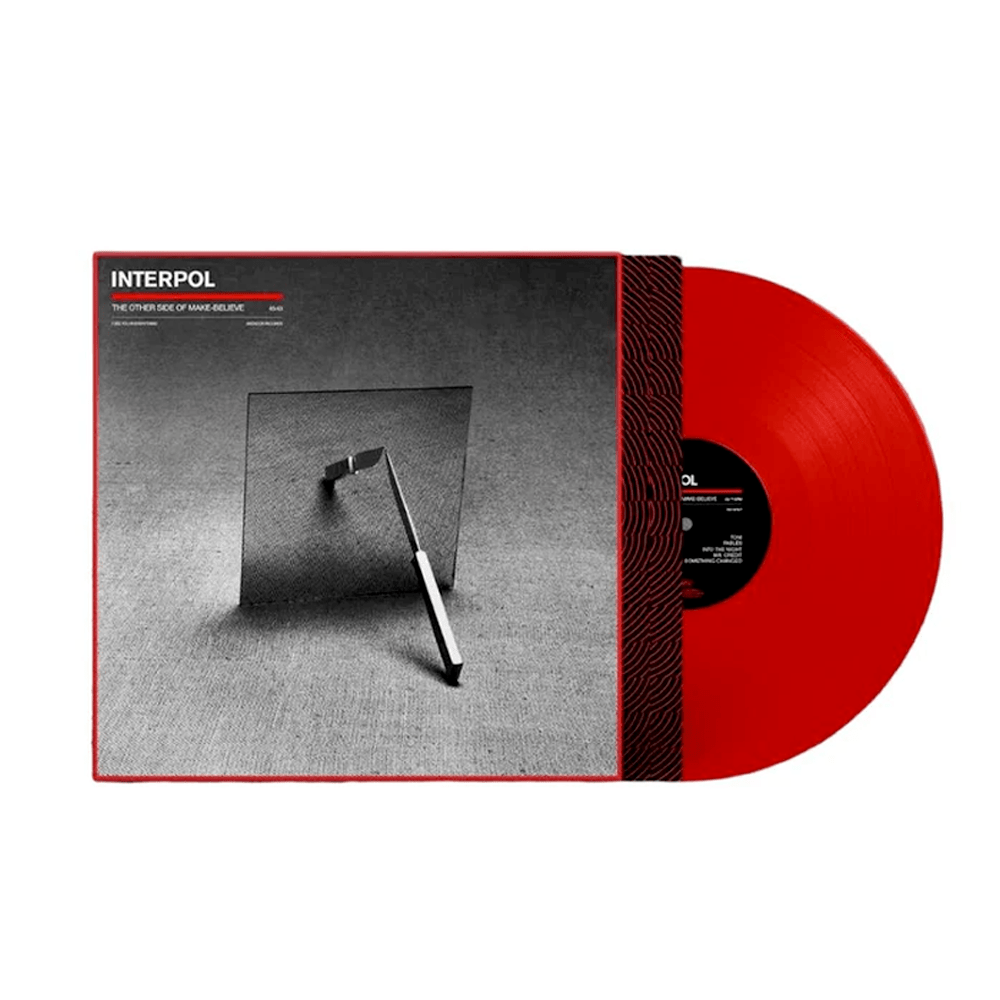 Interpol - The Other Side of Make-Believe Vinyl

Interpol - The Other Side of Make Believe

This is an album that asks for patience, and only on occasion is it duly rewarded.

Taken from their brand new record ‘The Other Side Of Make-Believe’.

Lifted from their new album ‘The Other Side Of Make-Believe’.

They’re playing dates across the US, UK, and EU.