As it heats up in the UK, it’s the perfect time to grab your pals, the cheapest bottle of Prosecco and Aperol Spritz, and hit the nearest park to soak up some of the rays. But if you’re dreading the post-being-handed-the-AUX-cord panic, never fear! We’ve rounded up some of the biggest and best tracks out this week to soundtrack your summer evenings. You’re welcome.

Keep up with the best new music via Essential New Tracks below, and read on for what we’ve got to say…

“It’s a track about contrast,” Young Fathers say of ‘Geronimo’, their first new song in four years, “because life is contrast - pushing through, giving up, all at the same time. Wanting everything and then wanting nothing, then wanting everything again.” These contrasts are out in force on the new track. At its core, it’s a heartfelt and subtle song, but chaos always bubbles underneath, threatening to explode. Gorgeous and dangerous all at once, this return sees Young Fathers at their enigmatic finest. (Will Richards)

Sorry – Let The Lights On

Sorry describe their new single ‘Let The Lights On’ as “a love song for the club,” and it’s maybe the most immediately appealing song the London five-piece have penned to date. As always, Asha Lorenz and Louis O’Bryen’s vocals snake around one another deliciously, and while a lot of Sorry’s music takes time to digest, ‘Let The Lights On’ goes straight for the throat. (Will Richards)

The first track from the beloved indie quartet’s forthcoming third LP ‘Here Is Everything’, ‘Wide Eyes’ feels like a natural next step along The Big Moon’s path from big-hearted, joyous newcomers to a more mature entity with all the feels left in. Initially characterised by their own wide-eyed enthusiasm, ‘Wide Eyes’ comes full-circle, singer Jules Jackson buoyed by the delirium of new motherhood over heartbeat bass lines and and a general sense of overwhelming giddiness. As an introduction to their most personal album yet, it hints that the Moons will be embracing the tides of emotion with customary gusto. (Lisa Wright)

Ezra Furman wrote new song ‘Lilac and Black’ about her trans family, dedicating the colours to her community, which she calls a “secret gang, scattered across the world”. The song acts as an anthem with which to bond over trauma, but also to celebrate. As the track careers from a swaying, piano-led intro to a raucous and righteous finale, both sides are presented fantastically. (Will Richards)

Getting us hyped for her forthcoming debut album ‘You Still Here, Ho?’, Flo Milli dropped new track ‘No Face’ this week. Another infectious song from the Alabama-born rapper, her effortless lyrical flow and caption-ready bars show off just why Flo is considered one of the best in the ‘biz right now. In her own words: “It ain’t nobody who do it like Milli / It ain’t nobody who hotter than Flo”. (Elly Watson)

The Chats – I’ve Been Drunk in Every Pub in Brisbane

Australia’s premier pub punks The Chats know what they’re good at, and rarely deviate from the formula. Ahead of a new album delightfully titled ‘GET FUCKED’, the band present new single ‘I’ve Been Drunk in Every Pub in Brisbane’, where they shout about, well, getting drunk in every pub in Brisbane. In the song, they reel off watering hole after watering hole, and the accompanying video sees them, yes, getting drunk in each and every one of them. No surprises, just bags of fun. (Will Richards)

Now stripped down to a two-piece, ALASKALASKA’s second age begins with ‘Still Life’, a ‘1984’-esque song about the sinister undertones of smartphone usage and 21st century surveillance. Fun, right? No really, it’s actually very fun! Though Lucinda Duarte-Holman sings menacingly about always being watched, the sharp and funky alt-pop that backs her makes the track feel like a celebration as well as a warning. (Will Richards)

If, even a few years ago, it might have seemed unlikely for Bombay Bicycle Club’s Jack Steadman to be releasing a song influenced by “the darker side of 90s hip-hop - think Wu-Tang Clan and Mobb Deep”, then his continuing collaboration as Mr Jukes with London rapper Barney Artist has provided a vehicle for these inspirations to thrive. On ‘Air To Your Hidden Lung’, the pair lace creeping motifs and undulating backing-vocals-as-beats with Barney’s understated delivery and assertions of “don’t drown in your soul’s vice”. It’s a nostalgia trip delivered by a pair who know how to pay homage in the most updated and clever of ways, and a continuing reminder that not staying in your lane can only be a good thing. (Lisa Wright)

Heavy Is The Heart: Young Fathers

Young Fathers stand as one of the most creative, boundaryless bands of their generation. Now, with fourth LP ‘Heavy Heavy’, they’re channelling it into a record that puts human connection at the fore.

The Big Moon - 'Here Is Everything' Cassette + Longsleeve T-Shirt 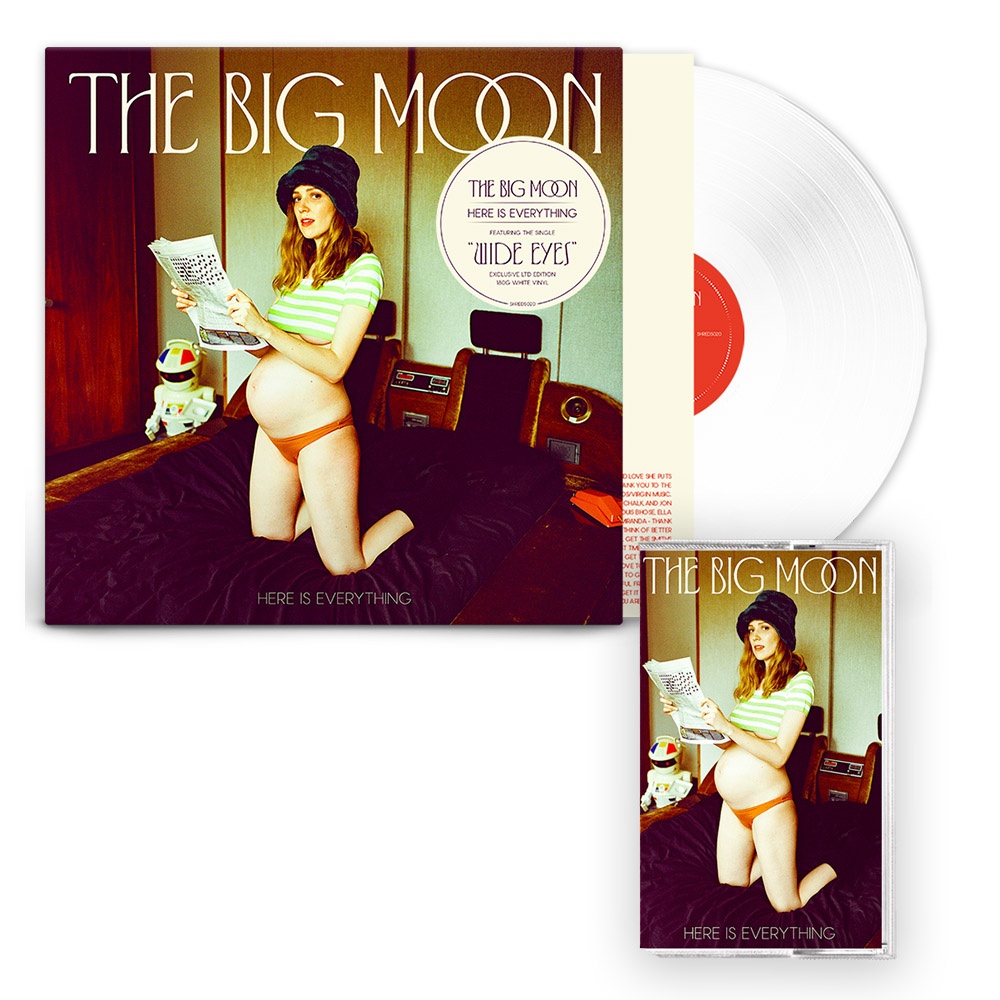 The Big Moon - 'Here Is Everything' Exclusive White Vinyl + Cassette