Let’s face it: it wouldn’t be a British festival if the silence wasn’t drenched in small talk about the weather. It’s pissing it down one moment, scorching the next, before it’s pissing down again. But Deer Shed’s first “full fat” iteration in two summers wasn’t going to let rain get in the way.

Families and friends pile across Baldersby Park’s slow ascending hill for a weekend of music, comedy, arts and hodgepodge family activities. And while there may be swarms of children, with parents chasing closely behind, a horde of younger festival-goers are attracted by the North Yorkshire event’s line-up of musical innovators, spoken word, trendy eateries and fruity gin bars. The one similarity among its audience? Crocs and wellies are out to drag feet through waterlogged mud to the nearest stage.

It’s not smooth sailing to begin with, though. On Friday, Lime Garden have car trouble and don’t make it to their slot. Crowds struggle to form as unpitched tents resist their owners. But by 5pm, things look up.

As the sun beams through grey, people gather at the Main Stage as Yard Act bring a real buzz. Their rich strokes of guitar and the witty character studies that populate this year’s debut ‘The Overload’ make a beer in the struggling sun inevitable, and fans are soon sloshing their drinks into the air at James Smith’s command. Anticipation enriches the atmosphere. Deer Shed has fully begun.

“It was a long journey, but we got here,” summarises Katy J Pearson, just a few weeks on from the release of her second album ‘Sound of the Morning’. Long journeys feature endlessly across an inventive, undefinable set – an alluring resistance to genre. Standout ‘Alligator’ is an inventive blend of dark Britpop and dreamy pop, while ‘Confession’, a high-octane track, works in antitheses via gentle soft-pop vocals and an adrenaline-rush soft-rock melody. A few songs in, under the white tent of the Lodge Stage, a young, awestruck crowd amasses, spilling into the play areas that surround it.

Following a near-apocalyptic rain which douses the night, with the festival’s first full day ahead, flooded tents do nothing to stop the crowds. Saturday is no day for hiding: the Main Stage boasts a line-up of pop stars who more than put in the elbow grease to make the damp jeans worth it.

First comes CMAT, the Irish country singer whose energy sparkles. Musically, think Bleachers-meets-Dolly-meets-Duffy, tipsy at a uni pre-drink party. Her set of absurdist country confessionals explore toxic star-crossed love, drenched in refreshing, shameless honesty. During the set, she rolls around on the floor, kicks her cowboy boots in the air, playfully chugs beer to “stay hydrated”, tells purposefully bad jokes about saxophones and tuna (don’t ask), and encourages the audience to embrace her surreal silliness. And that they do: her chaotic pantomime of emotion is irresistibly intoxicating.

Across the weekend, it’s undeniably women who infuse necessary energy to gloomy Topcliffe. Zambian-Irish rapper Denise Chaila pours sharp, pertinent rap over the landscape as the afternoon disperses under rain. She joins CMAT in putting Ireland’s music scene on the map: “You came to the 061,” she spits on her track of the same, the pulsing trap cutting through the indie sensibilities of Deer Shed. “We’ll show you how to get things done.”

Soon, the energy shifts. Visitors return from afternoon naps revitalised, plastic ponchos and hooded raincoats framing faces. Meanwhile, the festival’s rejigged schedule allows for Lime Garden to squeeze in their cancelled set; the Brighton four-piece spiral into the cerebral matrix and Blondie-on-shrooms nature of their sound. “It’s Saturday, guys!” screams lead-singer Chloe, imploring the audience to party. ‘Marbles’ feels like an alien odyssey that splices colourful Scandipop with crisp Fleetwood Mac vocals, while Kasabian-like ‘Clockwork’ and dry ‘Surf N Turf’ harken to the Britpop backdropping the festival. Chameleonic, the band are perhaps the most vibrant, effortlessly suave performers at Deer Shed. The crowd writhes along; applause builds uncontrollably. It whets the appetite for the rest of Saturday’s powerful line-up and precedes the pre-headliner-who-could-be-a-headliner, Self Esteem.

Arguably the biggest reason to attend, Rebecca Lucy Taylor carries Saturday. Opening with the anthemic ‘I’m Fine’, wherein she embraces a “deranged woman” persona by barking into the open field, the audience succumbs to her berserker pop record ‘Prioritise Pleasure’ as she joyfully sings her way through the universal constants - pain, heartache, ex-girlfriends, men - and invites the audience to open their wounds too. It’s an unforgettable performance. Despite the metallic electricity cutting the air with nowhere to go, she leaves, hilariously, with “We’re knackered!”, and the tumbling crowd chatter is left to fill the silence after the storm. There’s a high to Deer Shed and this is it.

The psychedelia of John Grant then brings rich, sultry, synths to unhinge the door on reality. A shift in pace, the audience collapses under his creeping brand of electronic music. He hunts every corner of the stage, flirting with horror, the American dream and “letting [his] guard down”. Later, he perches himself at a grand piano for a ballad, only to return to energetic electronica and cutting lasers that singe the dark. But there’s something for everyone: simultaneously, Brighton art-punk band KEG gather at the Lodge Stage – a welcome dose of soft-rock for those who find the headliner too dark for the night.

Typical of a festival of this scope, the odd issue persists into Sunday, but things round off nicely. Post-punk band Dry Cleaning can’t make it, but it’s OK: Amsterdam’s Pip Blom slide into their replacement slot to wind the festival down with their infectious scuzz-pop. Earlier in the day, Liverpool’s The Mysterines gather under a now-sizzling sun at the Main Stage. Lead singer Lia Metcalfe’s luxuriously ghoulish vocals shine amid hardcore rock pop, but between tracks, a technician gathers the band on stage, ambling with the amp while they rip into the next track. Lia professes, “think we might have already broken the amp!”, but then it’s like nothing ever happened.

The hardened perspective of the band, which dabbles in glass-half-full nihilism, is the perfect cherry-on-top to the end of gloomy weather and interrupted scheduling. And as Deer Shed’s Sunday draws to a close against the technicolour backdrop of Django Django, the crowd remains awestruck. It’s not the upturn in weather that’s done it; it’s because, over a drab weekend, inspired, kaleidoscopic musicians painted the air, stood firm against setbacks, shattered constrictive genre pigeonholes, and in turn, connected dampened crowds once again through music.

Self Esteem brings ‘Prioritise Pleasure’ to Later with Jools Holland

Ahead of the 2022 Mercury Prize with FREE NOW we caught up with Rebecca Lucy Taylor for a natter about her second record. 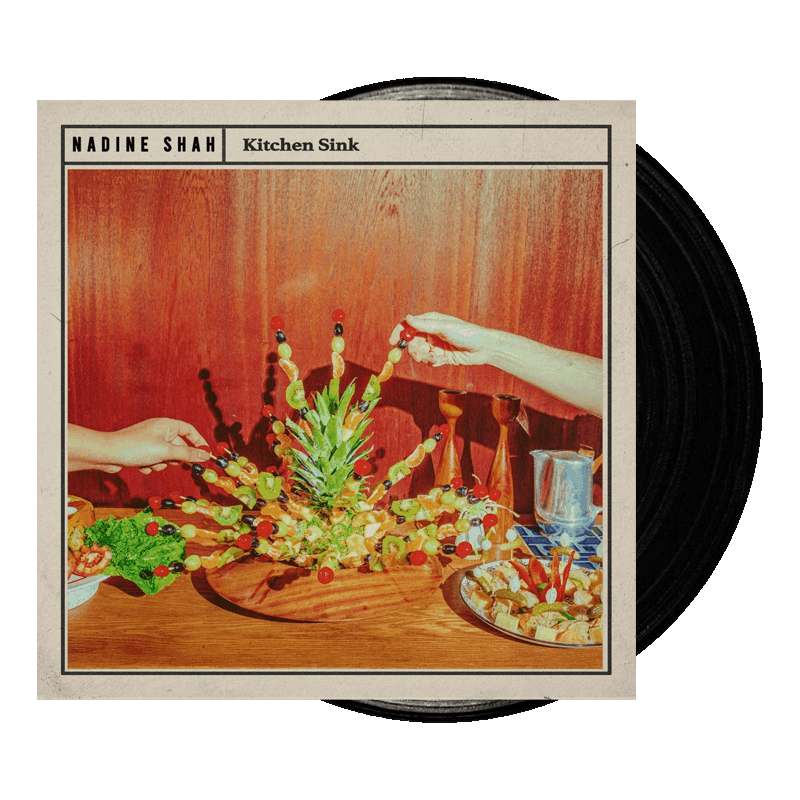