Is Paul McCartney dead? Was he replaced by an imposter? Did The Beatles try to cover it up and secrete clues in their albums? Does this sound like a ridiculous hoax and not even question-worthy? DIY sits down for a chat with Joel Gilbert, director of 'Paul McCartney Really is Dead: The Last Testament of George Harrison' to discuss the 'mother' of all Beatle conspiracy theories.

Joel, why did you wish to make a movie called 'Paul really is dead'? What is it about the 'Paul is dead' mystery that gave you the ground to think there was something worth investigating?
In the summer of 2005, a package arrived at the Hollywood offices of Highway 61 Entertainment from London with no return address. Inside were two mini-cassette audio tapes dated December 30, 1999 and labelled THE LAST TESTAMENT OF GEORGE HARRISON. A voice identical to Harrison told a shocking story: Paul McCartney was killed in a car crash in November of 1966 and replaced with a double! British intelligence, MI5, had forced the Beatles to cover up McCartney’s death to prevent mass suicides of Beatle fans. However, the remaining Beatles tried to signal fans with clues on album covers and in songs. Obviously, this was very intriguing and mysterious. I felt we received the tapes for some reason, that someone wanted us to tell the story. Additionally, I believed that 'The Last Testament of George Harrison' might prove to be the most important document in rock and roll history, so I investigated the various new claims and clues on the tapes and decided to put it all on film.

Pardon my French, but then who is that poor sod that married Heather Mills? Is he 'William Campbell'? If so, is there a record of William Campbell disappearing at the same time that the fake Paul ('Faul') came into being?
Dick Clark's American Bandstand held a Paul McCartney look-alike contest in late 1966. This is a fact. However, no winner was ever announced, and we know for a fact that William Campbell had entered. We were unable to find any record of Campbell after that. Heather Mills’ widely publicised comments such as 'I have a box of evidence' and 'if you top me off, the truth will come out' are better understood in the context of this film about the “Paul-is-Dead” mystery and as relating to a very big secret that she was privy to, that today's McCartney is an imposter.

[The 'very big secret', according to the movie, is that there was one witness to the fatal car accident: a girl called Rita whom Paul McCartney had picked up on the way home, and who jumped on her very famous chaffeur when she recognised him causing the crash. 'Rita' is said to have survived and in the cover up operation was given plastic surgery, and a name change to 'Heather Mills'[Insert laughter at this point]. According to the documentary, she re-connected with 'Paul' McCartney in 1993 and threatened to expose him as 'Faul' unless he married her, hence her losing her leg in a police motorcycle accident, which was 'really' just a result of an attempt to silence her. Clearly bewildered by whether this film is 'for real', I continue to prod the tight-lipped Joel about the discrepancies with his 'documentary'.]

Joel, if I'm frank, all of the clues that theorists use are a bit too bizarre to be believed. Some are purely down to coincidences on album covers: like, so what that Sgt Pepper's has a bunch of dead people on it? So what that Abbey Road has a car with a licence plate of '28 IF', symbolising the age of McCartney IF he had lived in 1969? Also, isn't the badge that Paul wears on Sgt Pepper 'OPP' (Ontario Provincial Police) rather than 'OPD', which theorists have mistaken for 'Officially Pronounced Dead'? Why read into the use of 'blood red' behind Paul's image on 'Let It Be'? With the lyrics: does it matter that John wrote 'He blew his mind out in car' in 'A Day in the Life' or 'Nothing to do to save his life' in 'Good Morning Good Morning'? Who cares if the 'Walrus was Paul'? Don't you agree that these 'clues' are hardly clues?
Many clues are subtle and some are quite obvious. As a whole, it’s impossible that hundreds of clues exist without there being some intention to place them. Either the Beatles were all in on a massive inside joke, or they really were trying to signal their fans that McCartney had perished.

So, are you therefore suggesting that it is humanly possible that another can successfully transform himself into all aspects of being Paul McCartney? Not only in terms of physical appearance, but also in terms of musical talent and songwriting ability? (His post-'death' songs were much better!) Do the MI5 then also have the technology to clone DNA - as his vocals sound the same, and James McCartney (son of Linda and Paul) is a dead spit for the 'original' Paul? What would you say to a rationalist in relation to all of these questions?
Watch my film and then let me know what you think. I would be surprised if you feel the same as you did before.

Specifically, what are your views about the messages on the records, like John saying 'I Buried Paul' on Strawberry Fields Forever (though “Paul” claimed John said 'Cranberry Sauce') or 'Turn Me On Dead Man' on 'Revolution No.9'? Are these part of your thesis?
If you listen to the clues in both forwards played songs, backwards masked songs, and look at the album art and read the lyrics, you'll agree that the denials of Lennon are not credible.

To not spoil the premise of your film, what is some of the 'new evidence' you say you have unearthed that points to the fact that Paul is Really Dead?
There are numerous new clues revealed and new facts that tie everything together in a way that turns what was once a vague mystery into a thriller and then a likely reality. I can't describe everything in this answer - one has to watch the film.

What can you tell us about the mention on your film website of the 'dangerous cat and mouse game with 'Maxwell', the Beatles MI5 handler?
Her Majesty’s government ordered MI5 to insist that the Beatles create a McCartney double in order to save Beatles fans from committing suicide. Such was the concern due to the hysteria of Beatlemania at the time. Female Beatles fans who were screaming their heads off were on the edge emotionally, so it was deemed likely. The Beatles agreed this was a very real concern, but didn't like the idea of lying to their fans, and felt if the truth ever became known that they would be hated for the deception. The Beatles reconciled this problem by placing clues all over their album covers, in lyrics, and backwards-masked in songs played in reverse. If the truth came out, they felt they could legitimately say they were forced by MI5 into the cover up under penalty of death, but had tried to signal their fans. However, MI5 were not stupid, and they began to notice the clues and threatened the Beatles with death. Despite this, Lennon continued to place clues over the objections of the other Beatles. You have to see the film to learn the rest – it’s like a thriller. A reviewer [on Amazon.com] wrote 'Do not watch this chilling and disturbing documentary late at night, or you may find yourself running screaming through your house in a state of panic, making calls to the police and friends. Yes, it is that scary.'

Could you explain why you think 'they' would kill John because he was becoming 'reckless' with the secret rather than put an end to 'Faul' once and for all? Surely Lennon was just as valuable an asset to the music industry?
You need to see the film to understand this full picture, it’s not something I can reveal in this interview. It has to do with Maxwell, their MI5 handler, and the involvement of MI5, which had to be kept secret. MI5 was facing down the KGB across Europe and could not afford to lose credibility. MI5 felt they were protecting the free world and had no intention of letting a wash-up musician damage its ability to fight against Communism.

Your film is supposedly narrated by the voice of George Harrison and his 'last testament' in which he proclaims that the other Beatles covered up Paul's death. However, you do realize that the voice of George Harrison on your website is not actually George Harrison, right? [Check out Paulreallyisdead.com for the forced Scouse pronunciation of ‘Pool McCartney’ amongst other fun stuff].
The voice on the tapes and the clips, which are used in the trailer sound like George Harrison to me when compared to Harrison’s voice. Most people are not familiar with Harrison's voice later in his life, which had changed and had become somewhat deeper. He also spoke slower than in his younger days. You might be only familiar with Harrison’s voice as a young lad with the Beatles in interviews from the 1960s. But if you just pull up some of his later interviews on You Tube from the late 1990s, I doubt you will be able to distinguish between Harrison and the voice on my tapes.

If 'George' really is right about this, then how did such a huge network of people extremely close to The Beatles, like Sir George Martin, not know that the new Paul was an imposter?
The initial plan to hide the secret involved an immediate end to live touring which was announced immediately after McCartney's alleged death. This is a known fact that they only recorded in the studio after 1966 and did no live appearances. So in fact only a very few people with huge personal financial benefits would have had to have been in the know.

How do you feel about putting this out there when the 'Paul McCartney' the world knows and loves is still alive and kicking?
I feel great about it! It’s a fascinating pop culture phenomena and Beatles fans consider the 'Paul-is-Dead' mystery to be a lot of fun at the very least. Don't forget, when queried about the mystery, 'Paul McCartney' recently told American talk show host David Letterman that he, himself, was the imposter and not the original Paul McCartney.

Regardless of whether we're convinced or not, the premise of Paul being dead still intrigues Beatles fans. How/where can we watch your film?
It will be available on DVD worldwide starting on September 1st. It can also be found on digital download services. The film has subtitles available in French, Spanish and German. In the meantime, anyone can view the film trailer at the official film website: paulreallyisdead.com. 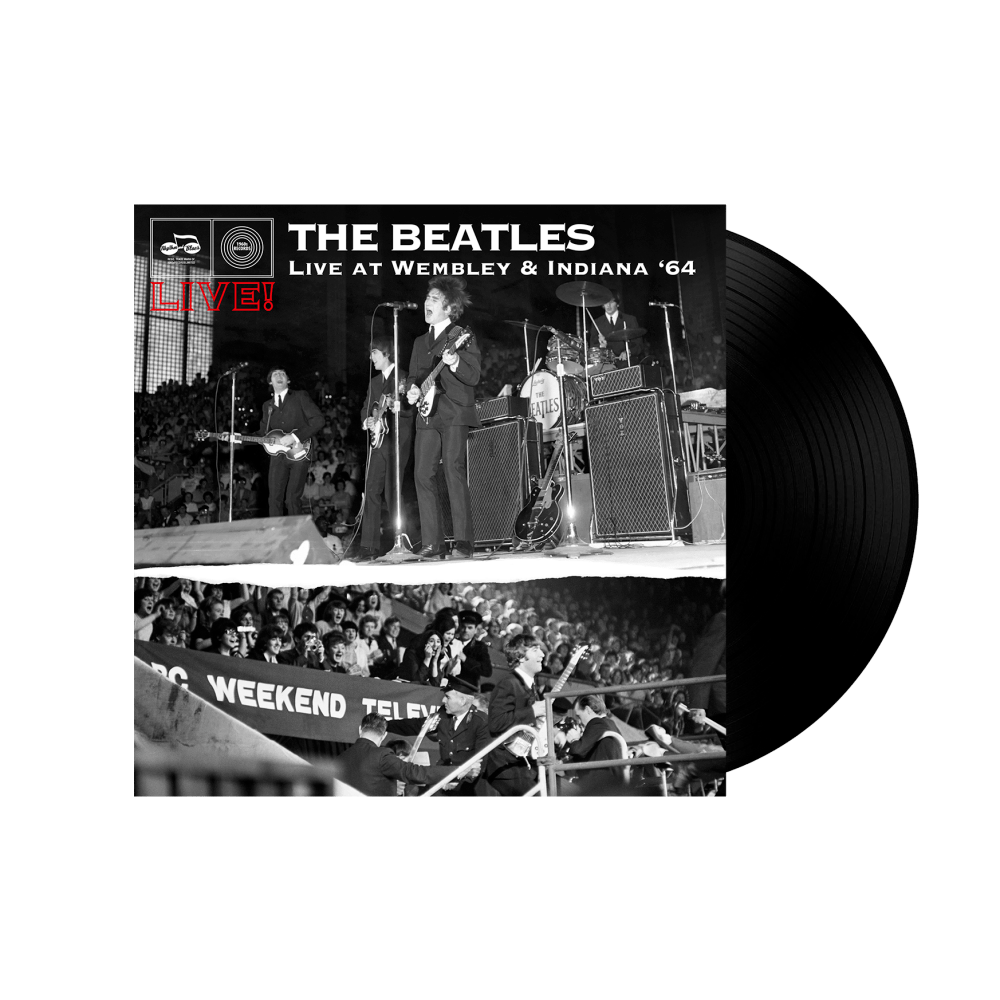 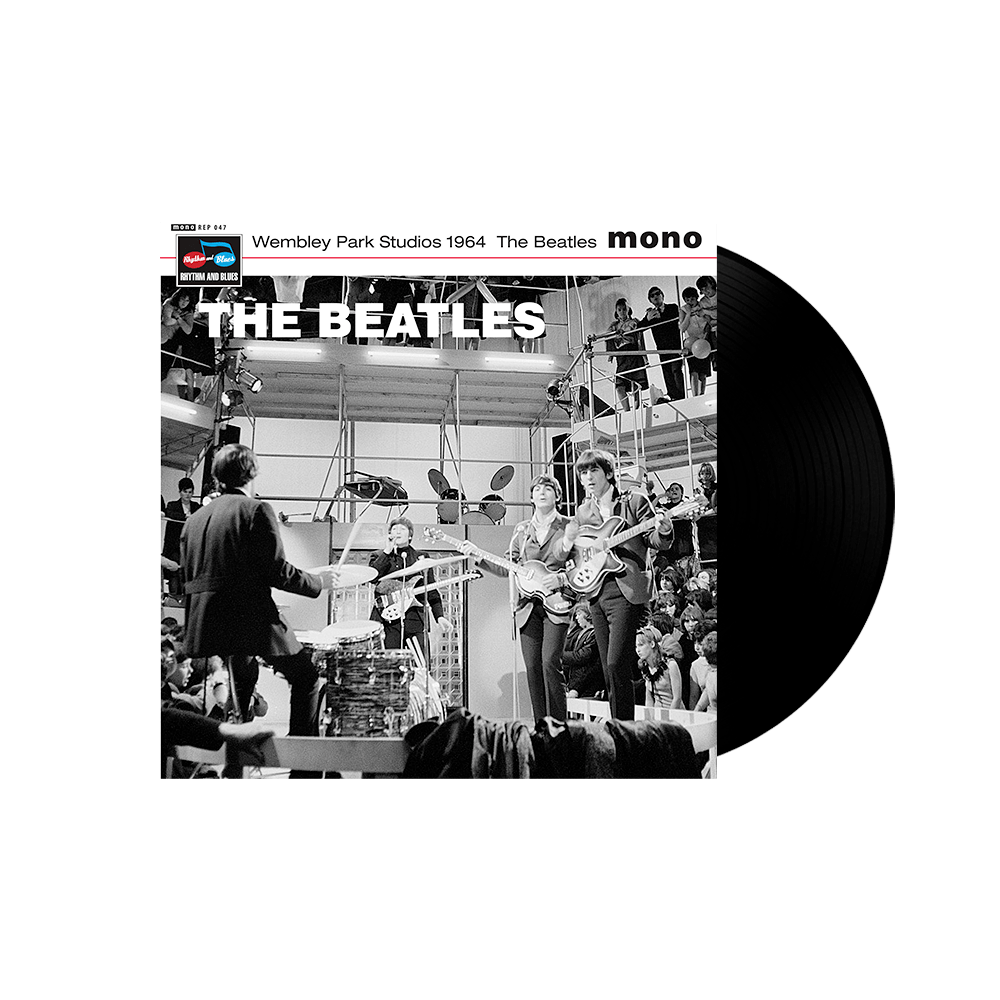 Let It Be 5LP Boxset

Let It Be CD