Photo: Eric Pamies
The Primavera festival site sometimes feels like a sprawling car park – an ocean of grey concrete spilling over with indie bands and bearded hipsters. Yet it’s also idyllic; the weather is perfect (there’s not a drop of rain during the festival) and the sea and the orangeade sunsets and cloudless skies provide the perfect backdrop to what is always an incomparably strong line up. It’s something many of the acts recognise. As Damon Albarn looks out from the main stage during Blur’s imperious Friday night headline slot he stares up into the dark sky above the shimmering water, doing that middle distance gaze, and shouts ‘Hola, La lunar’.

The line up is so strong it can sometimes make it bewildering to choose what to see. You have to miss bands you would have loved to catch (sorry Solange, My Bloody Valentine, Killer Mike, so many more). Its line up rivals any festival and even Harry Styles is in attendance to take it in. It makes it an intense, messy, disorienting but extraordinary few days.

Photo: Dani Canto
It starts on Thursday with Wild Nothing whose sunny melodies and dreamy sounds are the perfect soundtrack to the lazy late evening sunshine. Then it’s over to the Pitchfork stage for the much anticipated Savages show. The album is a fierce beast, but today’s set is disappointing; their ferocity somehow diluted by the sunlight and faulty sound. The songs still retain their strength, and Jehnny Beth is still a mesmerising frontwoman, but you wish for the show to be a momentous link-up with the early hours. METZ, on the same stage, suffer the same problems. But on this occasion the sound seems to gradually gain force and they manage to bulldoze their way through it with ‘Wet Blanket’ sounding anything but.

Dinosaur Jr take to the Primavera stage with J Mascis’ distinctive long grey hair flowing in the breeze. You forget how many great songs they have – ‘Start Choppin’ and ‘Freak Scene’ sound heavier and more intense than before. They also throw in a few covers. ‘Just Like Heaven’ by The Cure might be expected but then they’re joined by Damian Abraham from Fucked Up for a Last Rites’ ‘Chunks’ – it’s brutal and amazing.

Photo: Dani Canto
Then it’s the long walk over to the main stage for The Postal Service. Gibbard does some dad dancing, Jenny Lewis is effortlessly fantastic and there are high points: ‘Such Great Heights’ is great and they end with a shimmering ‘Brand New Colony’ but it just comes off like an album that doesn’t work live. This isn’t the revelationary adolescent dream that had been foolishly anticipated.

Grizzly Bear’s elegant restraint shows how to provide your existential angst with some more poise. Their subdued dark textures are beautiful, the harmonies note perfect and the lanterns that glow behind them make for a warming experience. ‘Cheerleader’ is sleek and lithe while ‘Knife’ is the tearjerker it’s always been.

Photo: Dani Canto
Elevated to headliner status Phoenix rise to the challenge with suave Parisian cool. Their songs seem custom built for this occasion. New tracks sound tighter and bouncier than on the album and ‘1901’ provides the manic thrills that you’re wearily craving at 2am. They show they know how to headline a show – the stage is bathed in colour and prop-volcanoes erupt behind them before it all ends with the crowd drowning in 42,000 specially designed zero dollar bills courtesy of Richard Prince.

It’s Fuck Buttons who provide the set of the weekend. New songs mix with Olympic soundtracking bangers. Who would have thought two men standing in front of a huge disco ball would sound so very crucial, so visceral? The crowd merge into one near the front. It’s fiercely frantic and when it stops suddenly you feel like you’ve been dropped off the edge of a cliff.

The night ends with the conclusion of Animal Collective’s show and a bouncing version of ‘My Girls’ followed by a John Talabot DJ set that takes in everything from the xx to LCD Soundsystem.

Photo: Dani Canto
Day two starts with a ride on the big wheel, looking down on Django Django in their matching outfits. They try their best to get the crowd going but there’s an early evening lethargy from people still feeling the effects of the night before and it fails to get in to full swing. The same can be said of The Breeders who stand there motionless for the songs we catch, so it’s off to see the end of Shellac who seem to play Primavera every year, albeit never sounding anything less than brutally brilliant.

The Jesus and Mary Chain are less feedback drenched than imagined live but it’s pretty much the perfect set – ‘Teenage Lust’, ‘Darklands’ and ‘Happy When It Rains’ are delivered and it culminates with Bilinda Butcher from My Bloody Valentine coming out to help out on an epically festival-stealing version of ‘Just Like Honey’.

James Blake’s impressive restraint and moments of muscular beauty help bring ‘Overgrown’ to life and his version of ‘Limit to your Love’ is still spellbinding but it’s time to head over to the main stage. We arrive early for Blur only to find a surprise – The Wedding Present are playing a secret show next on top of a trailer to the side of the stage. Nobody thought they would be hearing ‘Everyone Thinks He Looks Daft’ blasting out as a warm up for Damon and co but it’s a welcome surprise.

Photo: Eric Pamies
Blur seem to have lost none of the vitality of last summer’s Hyde Park show. ‘Tender’ is typically monumental, the way ‘Trimm Trabb’ launches off still spellbinding and ‘This Is a Low’ has tears welling up in all but the most hardened hearts. In a change to the usual setlist they end with ‘Song 2’. It means you find yourself hugging strangers, sweating and pogoing around the asphalt all at once as the band leave the stage.

It’s almost too much for The Knife to live up to but their set is something altogether alien. You’ve likely heard so many things about the show but you’re still not exactly sure what to expect. What you get is a performance that makes a lot of sense at 3.30am right next to the coast, even if it is a little too much 6th form theatre at times. Choreography, bright lights, odd instruments, not really seeing either member of the band. It’s hypnotisingly brilliant and brings the new album to life in new ways before it ends with ‘Silent Shout’.

Photo: Dani Canto
Saturday’s line up is probably the most exciting ‘on paper’ and it proved be a thrilling end to the festival. Adam Green and Binki Shapiro provide the perfect festival fare to start the day. Green is the perfect showman – awkward but arrogant and now sporting an impressive beard – while Shapiro is effortlessly fabulous. Green dances across the stage, shouts random Spanish words and finally crowd surfs. Together they colour in the magic of the Nancy and Frank ballads of their album with Green throwing in a few solo numbers too.

Having missed Deerhunter in favour of The Postal Service on Thursday, Band Of Horses’ travel misfortune means we’re given another chance to catch the rockstars who look nothing like rockstars. Bradford Cox, dressed in a relatively standard-fare jacket as opposed to the dress he was apparently wearing on the Friday, introduces the band as ‘Band Of Horses 2: The Reckoning’ and their impressive back catalogue means they can mix up the new with the old. ‘Desire Lines’ and ‘Cryptograms’ sound especially forceful tonight.

Photo: Eric Pamies
Considering Wu-Tang Clan are all in their forties their set is one of the most energetic of the weekend. DJ Mathematics is on top form at one point mixing with his feet and the rest of the crew spray the audience with champagne. Tracks like ‘Protect Ya Neck’ and ‘Gravel Pit’ have the crowd eating out of their hands and then they clinch it all by covering the Beatles’ ‘Come Together’.

There’s an even older performer stalking the Heineken stage. Nick Cave is in imperious form with his Bad Seeds, scowling and prowling across the stage in his black suit and not a hair out of place in his luxuriant dark mane. There’s a piano on stage but he barely touches it. Instead he leaps into the crowd and across the stage. ‘Red Right Hand’ is the standout.

Liars are ever dazzling. They’re a band who you can never second guess. It’s impossible to know what to expect, but tonight we get throbbing electro-dance-Liars – they play ‘Brats’ and treat us to some new tracks too which sound huge: the bass reverberates around the stage, Angus Andrew towering over the crowd. It’s a festival highlight.

With energy levels flagging we catch some of the always entertaining Omar Souleyman before Hot Chip – in front of a packed out crowd – bring our festival to an end. It starts with ‘How Do You Do’ before ‘Over and Over’, ‘One Life Stand’ and ‘Ready For The Floor’ are anthems which help make this a head and a heart party to end the festival. It’s been emotional, it’s been messy. It’s been a triumph. 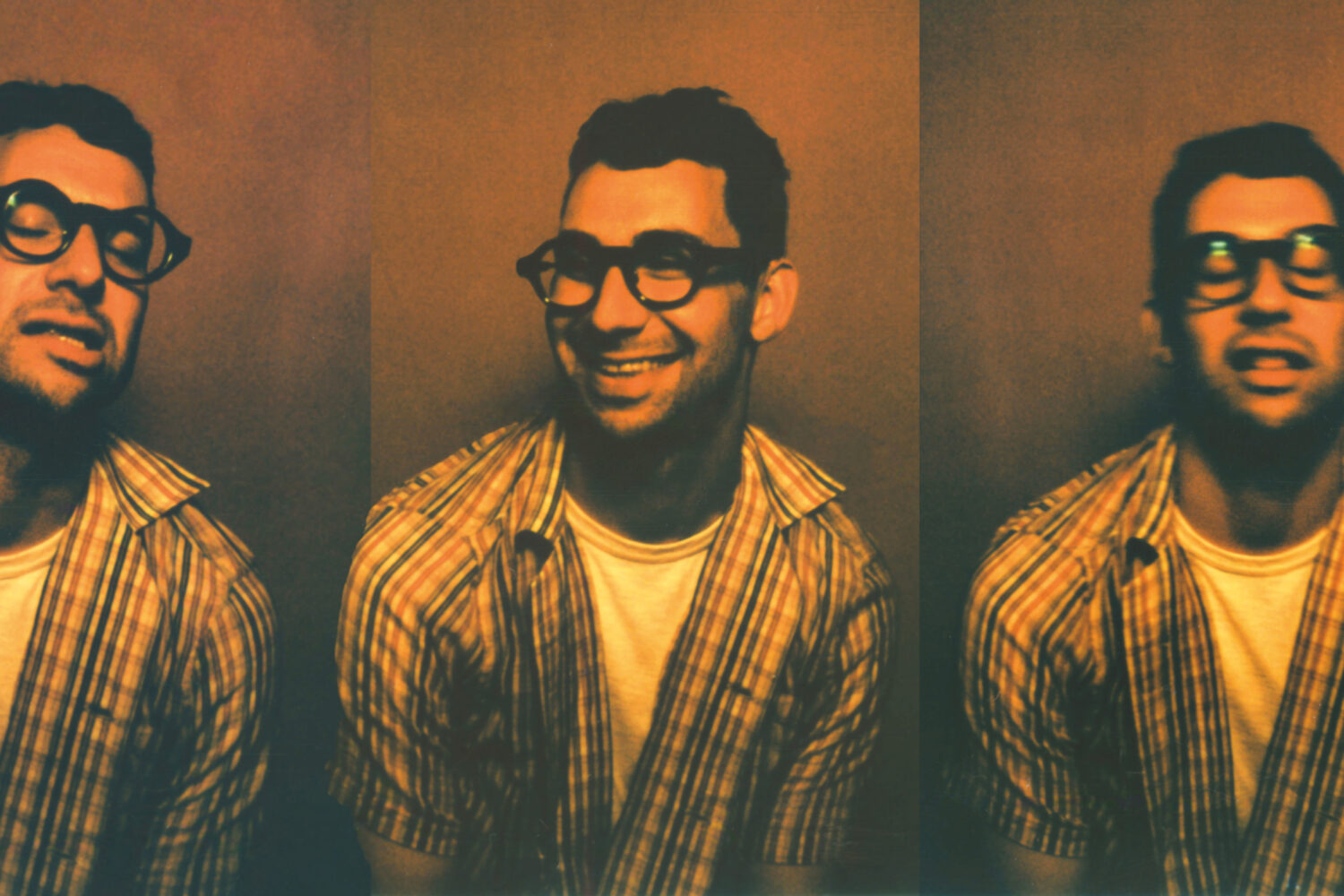 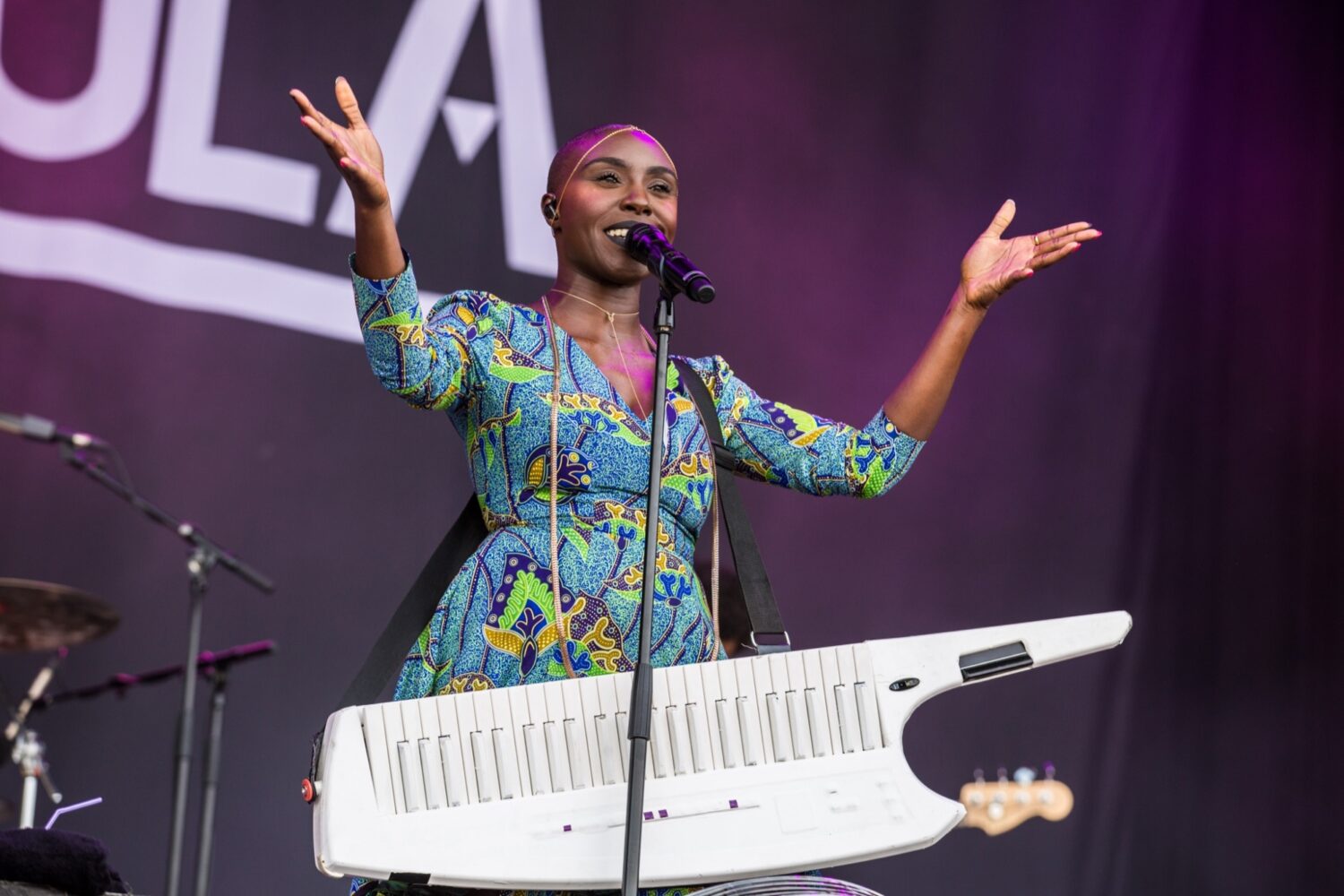