Lucy Rose hasn't even released her debut album but that doesn't seem to stop the crowds racing to Reading's Festival Republic Stage to catch the songstress in the flesh.

A tiny figure on one of the smaller stages of the day, Rose starts her set with the upbeat 'Middle Of The Bed' before soaring, swooping and serenading her way through the majority of her first full length, with particular crowd pleasing nods to the likes of 'Shiver' and 'Scar'.

As personal as her songs may be, Lucy seems to have no problems sharing them with her enraptured audience. Clearly comforted by the tightly controlled backing band, she looks positively at ease as she introduces the masses to 'Like I Used To', one carefully crafted piece at a time.

She's wonderful to watch, with all the grace and delicacy that you might expect from her earlier material but with a formidable talent and urgency that steers her away from her backing singer roots and plants her firmly in the spotlight.

As her short stint on the stage draws to an untimely close, Rose meekly reminds her audience about her debut album's release next month to a great uproar from the crowd before revealing her plans to join Bombay Bicycle Club on the main stage later. As she runs off to lend her vocals like she used to, Lucy's lingering crowd make one thing clear, she is set to be far more than a session musician this year. 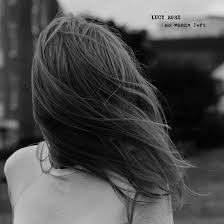 A palpable gear-change from her last two albums.

In the Studio: Lucy Rose

‘Something’s Changing’ in the world of Lucy Rose; we meet her at her Brighton studio to talk all things album three.