One look at the cover of Denver couple Patrick Riley and Alaina Moore’s debut tells you pretty much all you need to know about their influences and what the music within might sound like. Everything, from the fonts, the fashion, and the hazy, washed out effect of the image hint at some naff, early 1990’s vibe, the type of cover your parents would place at the front because they thought it was cool and ‘edgy’. One listen confirms this as somewhat of a red herring though, as it’s an entirely different era which provides their template and inspiration.

From the first few bars of opener ‘Take Me Somewhere’ it’s clear that they’re in thrall to the girl-group pop of the 60’s, such as The Shirelles, and the album is littered with canny, Spector-esque touches – note the finger-snap and bass backing of ‘Marathon’ and the multitude of ‘oooohs’, ‘woah-woahs’, and ‘uh-ohs’ filling in gaps. Marrying doo-wop with elements of surf rock, it’s clear that they’ve tried to build on the success of contemporaries such as Best Coast, The Drums, and Toro Y Moi, to name but a few. Throughout Riley employs shimmering, treble-rich guitars and simple riffs and structures, most successfully on the bright, twinkly ‘South Carolina’ and the breezy abandon of ‘Baltimore’, while an occasional switch to 3/3 timing and a slower pace gives both ‘Pigeon’ and ‘Bimini Bay’ a sentimental, evocative edge, the latter almost sounding like a modern-day hipster waltz. ‘Take Me Somewhere’ sits in the middle, with a woozy opening giving way to a mid-song change of tempo, something also attempted on the title track.

Through all this Moore keeps her vocals simple and unembellished, although in aiming for the fuzzy, lo-fi production so beloved of the current indie scene, they’re often buried a little too deep in the mix, making them hard to follow. They’ve succeeded in giving everything a nostalgic sheen but at the expense of clarity, with the lyrics the primary victim, although perhaps that’s no bad thing given the subject matter. Ostensibly chronicling an eight-month sailing trip down the Eastern Seaboard of the USA, Moore’s musings come across as mushy schmaltz of the worst kind. Obviously, you have to really love someone to spend nearly a year with them aboard a cramped keelboat, but the happy-shiny optimism here is laid on way too thick. After ‘Been reaching for my baby’, ‘I will be there I promise, To take care of you’, ‘We can play in the surf holding hands, And nap through the day on sun bathed sands’, ‘We’ll make a family, In the quiet country / You and me, in simplicity’ and ‘When you kiss me, you really kiss me’ you’re left with the feeling that you’ve just watched them make out for 30 minutes.

Which is a shame, as the clever way they evoke the humid, muggy South on closer ‘Waterbirds’, along with some interesting observations about South Carolina, suggest they have the ability to do better. By accident or design, they’ve focused on the music, and while competent, ‘Cape Dory’ lacks any real highlights or stand-out moments to propel it above everyone else raiding the twee-pop archives for inspiration. It could be they simply made their own personal soundtrack, the perfect accompaniment to lazy days lolling on a beach or dipping your toes in the ocean, but at the very least I’d have thought the trip of a lifetime would have inspired something a little more substantial. 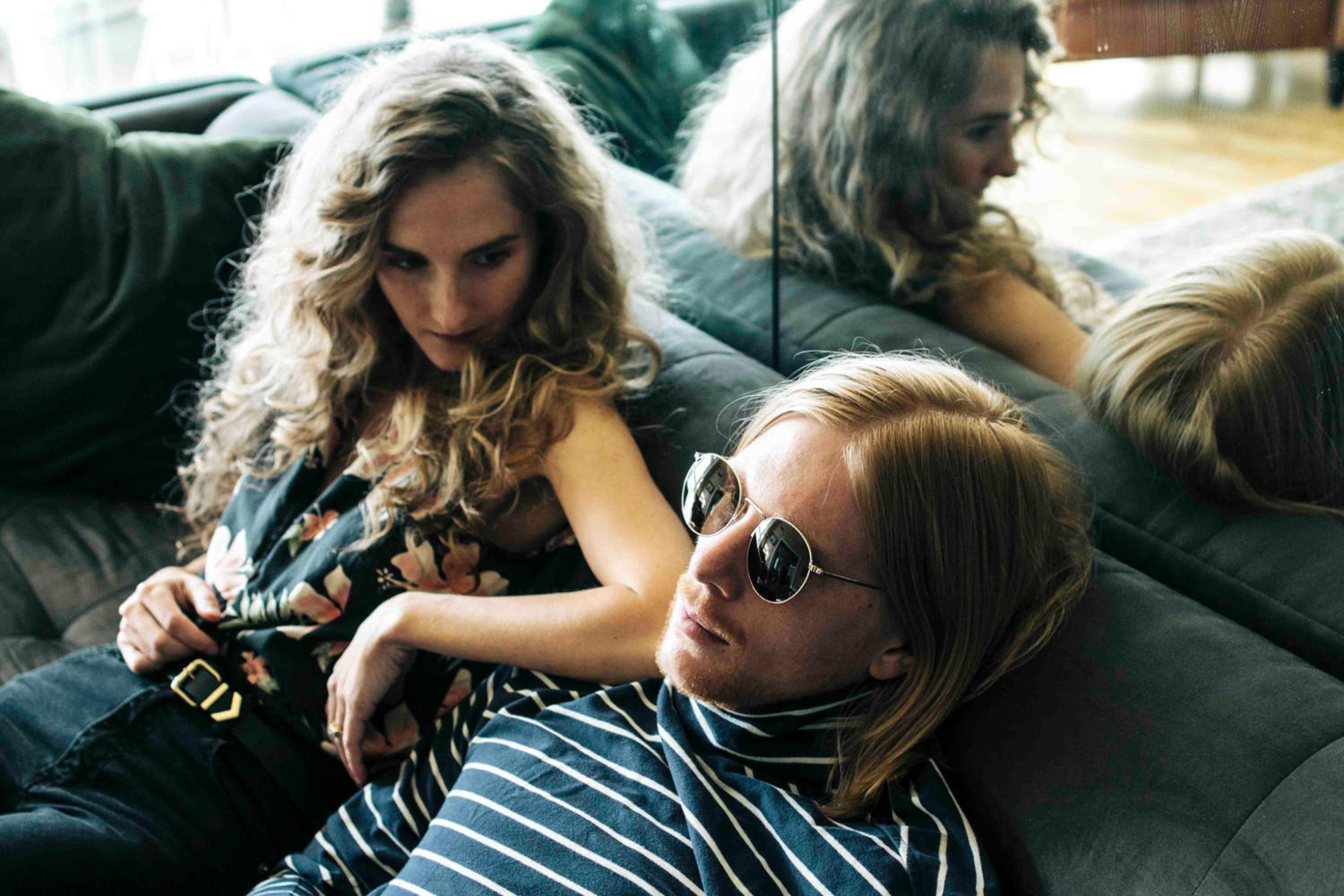 It’s about ‘places Patrick would like to sail to’, apparently.