Greetings intrepid music hunters! It's been a busy week for new music, as always, and we've plenty of that. Wrap your ears around this lovely lot, all hand-picked by our splendid team of scribes.

Poliça may have only unveiled their sophomore effort 'Shulamith' last year, but it's always satisfying to get your ears around more new material from Channy Leaneagh and co. This new cut, as taken from their forthcoming 'extended EP' of the same name, is a funky blend of jarring percussion and 'Digital Witness'-esque brass moments, all seamlessly drawn together by Leaneagh's hypnotic vocals.(Sarah Jamieson)

La Roux - Let Me Down Gently

Split La Roux’s returning effort into five equal parts and you’ve pretty much got a segment for every year Elly Jackson and co. have been away. As the 12 month stints of silence ended up being more intense, ‘Let Me Down Gently’ follows a similar pattern. It might not be a certified disco banger of the finest, most immediate proportions but it’s about as assured a return as they come. Especially since it dresses a sax solo up as something actually required, worth putting into a song. What a sax solo it is too. La Roux’s been away for yonks, but this classic, 80s-obsessed delivery of pop hasn’t become any less in vogue. (Jamie Milton)

The idea of a track from those Brooklynites in Parquet Courts clocking in at over seven minutes may well take a while to digest, but after one listen to the latest cut to be revealed from their forthcoming 'Sunbathing Animal', it makes total sense. A lingering amble of comforting guitars, it's a more stripped back affair which provides the perfect soundtrack for a lazy Friday afternoon in the sun. (Sarah Jamieson)

Twin Peaks spent the whole of last year touring and it doesn’t half show. They sound like veterans despite only being in their teens yet still manage to breathe their cocky youthfulness into every song. The first taster from their upcoming album ‘Wild Onion’ still sounds like a band trying to evoke the feeling of a sunny day and the sensation of walking with sand between your toes like their idyllic debut managed. However Caiden James’ rip-roaring howl gives their scuzzy racket an extra bite. A ramshackle version of ‘Flavor’ emerged online late last year and judging by this high-fidelity transformation, Twin Peaks might be following the foot prints their Chicago buddies Smith Westerns left in the sand. (Samuel Cornforth)

Morrissey - World Peace Is None Of Your Business

The title of this track is undeniably a Morrissey one. The lyrics are undoubtedly his. The politics, the crashing guitars, the aching falsetto. It couldn’t be anyone but Morrissey. Returning with his first ‘new’ release in five years, ‘World Peace Is None Of Your Business’ , Morrissey has delivered a riposte to those who attempt to interfere in that oh so grey and dreary topic of politics; said with all the usual pithy put downs (“You poor little fool”) which make him such a diversive character. Mozzer’s penchant for grandeur hasn’t lessened with age, and WPINOYB is most certainly grand; a cinematic tour­ de ­force,with perhaps his strongest vocal performance since anything of ‘You Are The Quarry’. Is it an attack on the British establishment? Or is Morrissey aiming his abuse higher in the political food chain? Either way, it is only Morrissey who can pull off the cantankerous, grouchy man act in the way he does best; making great music like this. (Joe Sweeting)

What a suitably titled track this is. Taken from an EP of the same name, this isn’t exactly the sound of London producer Lxury mucking about, but it definitely wasn’t executed in tight, restrained studio conditions. It’s a musician having fun, plugging away at sampled tidbits and atmospheric oddities and somehow coining up a shout, dramatic dance track with a twist. There’s space to roam, here; like a playground with enough space to host a proper kickabout. That’s a rare thing to come by, thinking back to school days. Credit goes out to this huge talent. (Jamie Milton)

After being musically dormant since last year's 'D.A.I.S.Y. Rage' EP, the artist formerly known as Kitty Pryde returns with 'Impatiens', a concise collection of songs harbouring the illustrious feelings of a summer long gone. Amongst them is the ethereal 'Ψ retr0grade Ψ', a scornful track in which Kitty maliciously emerges through the layers upon layers of hazy synths like an unforgiving phantom of the Tumblr realm. Stuffed with clever fairy tale references to Hanzel & Gretel and the Wicked Witch, the rapper adapts to her ghoulish new surroundings without losing any of the endearing quirkiness that's been prominent in her past material. (Joshua Pauley)

As you press play on this particular number; imagine a warehouse janitor unlocking the giant front gate of vault 101, not entirely sure of what resides inside. A streak of light awakens something and you hear a stirring within. The sound of distant drums and a droning guitar gently rise in intensity as the inhabitants gather their thoughts. After 60 seconds of collecting themselves, Pulled Apart By Horses are back in full swing. They burst out of the intro like a runaway train; ablaze with syncopated drums, face-melting vocal lines and enough grit to make even Chuck Norris nervous. This is the first track released

into the wild from their third studio album entitled ‘Blood’ and the band have just finished a warm up tour of the UK. After taking some time from touring to focus on this album, I'm excited to hear the rest of the release and hugely happy they’re back on the road. (Joe Dickinson)

York-based JUNK have seemingly leapt out of nowhere with this brilliantly fuzzy garage-pop gem. Since forming last October, the trio, comprises of Estella Adeyeri, Sam Coates and Danny Barton, who create short and sweet, jangly lo-fi rackets; infectious, lovable tunes that ultimately don’t take themselves too seriously. Boasting what’s probably 2014’s longest song title so far, ‘All I really Wanna Do…’ is strewn with lyrics which revel in the beauty of being young and reckless. Rocking back and forth between boy-girl harmonies and bright, fuzz-coated guitar melodies; there’s a kind of Joanna Gruesome meets Moldy Peaches melancholic, sweet-sour attitude surrounding the song writing. Their debut EP is being released through Leeds based CHUD records – who, quite fittingly, put out ‘fuzzed out tapes for creepy kids’ – on cassette form later this year. Rest assured from this first output it’ll be chock full of scuzzy, noise-pop and twee cacophonies; certainly anything but junk. (Laura Eley)

It’s hard to pinpoint exactly what LA duo SALES do to make their music sound so freakishly delicate, like a bone structure ready to topple. Is it turning the levels down? Are those lyrics actually being whispered? It’s strange because on the face of it, everything being put into ‘vow’ is a precise, pronounced and actually quite sharp element. Together though they become a brittle being. There’s a magic to SALES’ music, one that must be near impossible to replicate. And within this great big Chinese whisper, they still manage to get the message across with aplomb. (Jamie Milton) 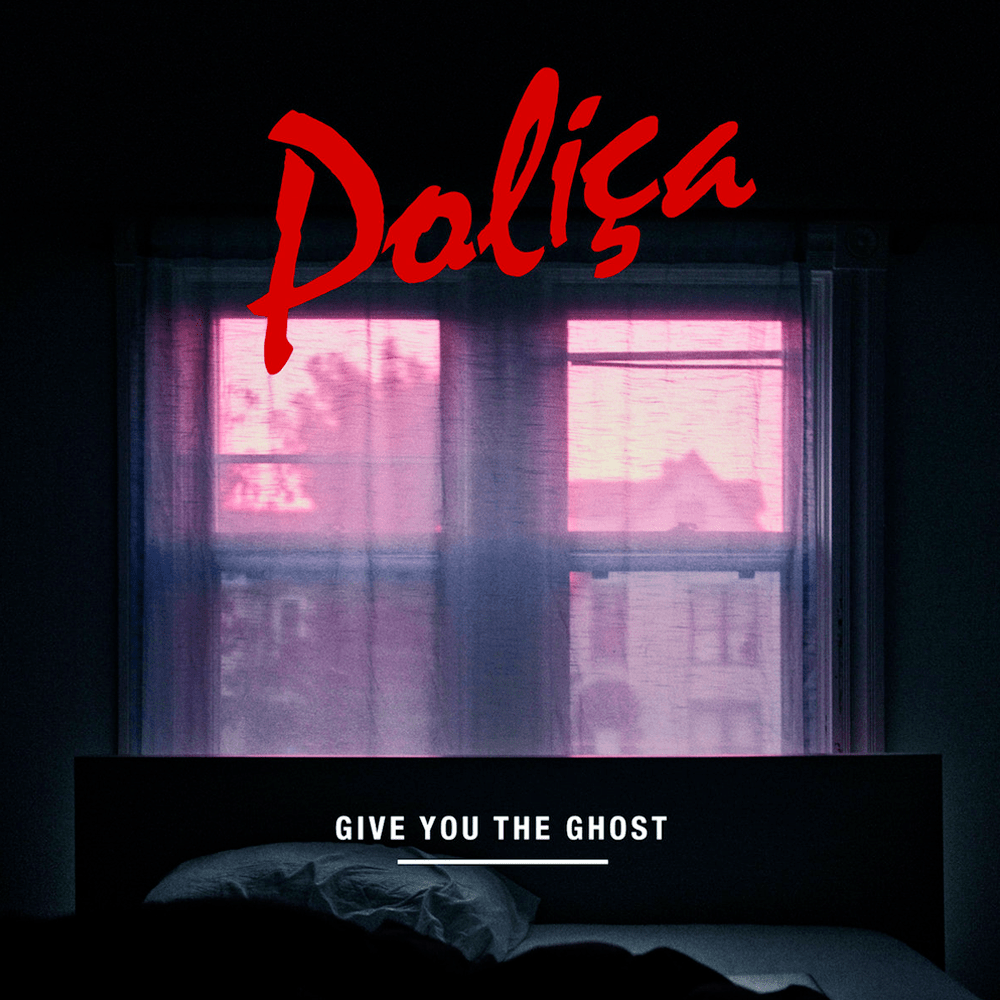 Give You The Ghost RSD 2022 White Vinyl 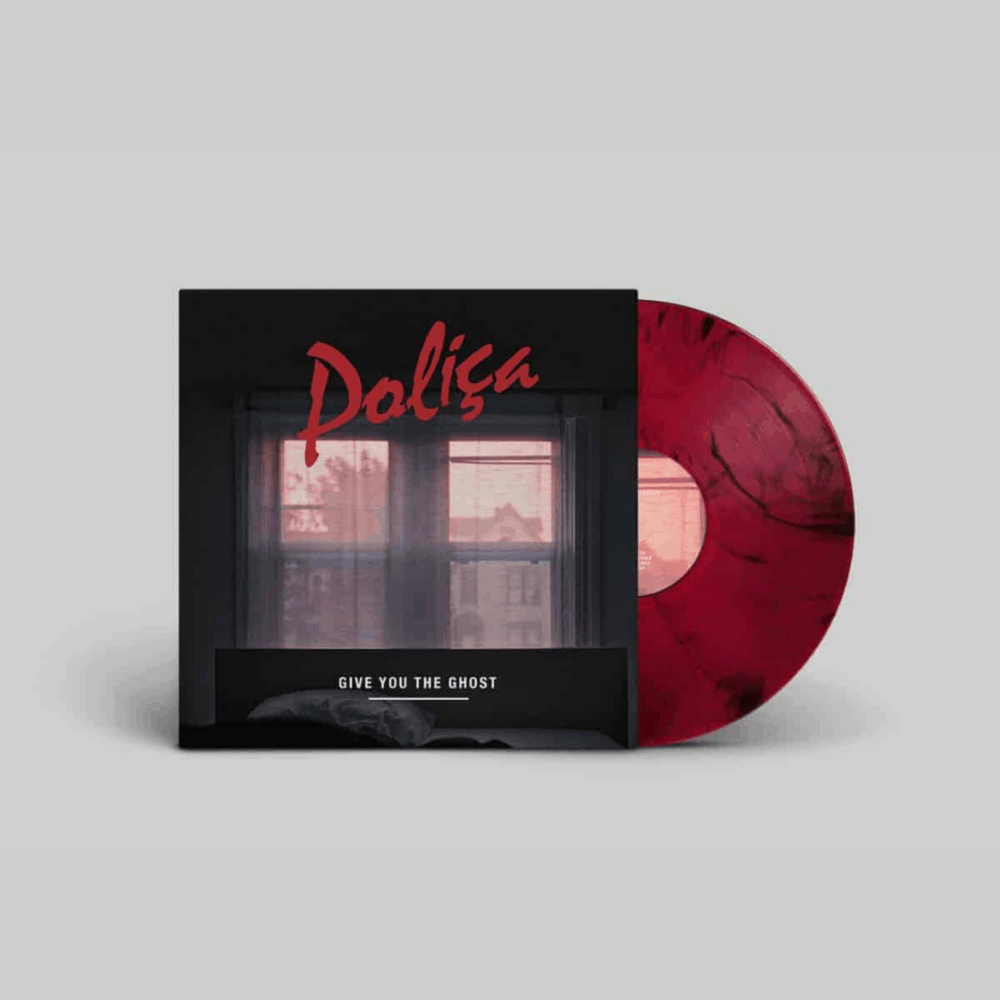 Give You The Ghost Red/Black Vinyl

It feels a little uncertain, as if the group are speculating the next chapter in their artistic output.

It’s a shame that the band don’t commit to one route or the other.