Now in its fifth year, Underage Festival has hosted some of the best new talent the UK music industry has to offer, including The Horrors, Gallows and Foals. Exclusive to 13-17s it gives this sometimes neglected age group a chance to come together and see some of the best and brightest musical talent out there, with a primarily British line up. This year is no exception.

Fixers are billed on the Music Space Stage, although you could hardly describe this stage as a ‘space’, it’s more of a nook. The awful set up somewhat detracts from what should have been a solid set from Fixers, in which they play tracks from their debut EP ‘Here Comes 2001 So Let’s Head For The Sun’. The spaceage anthem ‘Uriel’ shines in its live form as it jitters in and out of life, flitting between the solo vocal call of “here comes 2001 so let’s head for the sun” and an equally infectious full band section, the distinction between verse and chorus being blurred beyond recognition. What should have been a triumphant set was limited by a lack of energy from the crowd and a rather underwhelming setting.

Next up are Dutch Uncles, playing on the Artrocker stage, who showcase a wide range of material from both of their albums. While their crowd is only slightly larger than Fixers’ their show is far more satisfying. Their wonky-stomp-pop sounds far beefier in the live arena, with songs like former single ‘The Ink’ taking on a fuller and, strangely, more ominous sound. Singer Duncan Ellis has a go at challenging musical touchstone David Byrne in the dancing department, pulling shapes throughout their set. He doesn’t top him, but no musician (bar MJ) possibly could. Rounding off their set with ‘Doppelgänger’, Dutch Uncles played a criminally under-attended but wholly enjoyable set.

Meanwhile Crystal Fighters are causing a racket on the main stage, their Spanish basque-folk/dubstep hybrid setting the crowd alight. Frontman Sebastian gees the crowd up, the heavy bass lines on tracks like ‘Solar System’ and ‘Swallow’ being his and the crowds puppeteer. Their set dwells largely upon the more electronic of their tracks, ‘Plage’ is noticeably absent; but the crowd don’t give a monkey’s. The drops are heavier, the songs are elongated, Crystal Fighters are an act destined to excel when playing live and on this particular event there isn’t a single member of the crowd whose jaw isn’t in need of surgical reconnection. I kid you not.

Following Crystal Fighters is Miles Kane, no doubt drafted in to bring some northern nous to proceedings. If there’s one thing Kane has a knack for its creating catchy indie rock anthems, a talent lapped up by the crowd. ‘Inhaler’s skittery drums and intense vocals go down particularly well, the crowd so enthused they form a ‘mosh pit’ (those were the days). Despite Kane’s A-list indie status the crowd is again rather small for the main stage, despite the fact it was less main ‘stage’, more main ‘medium sized tent’. But I suppose that wouldn’t have fit on the programme.

Headlining the event are Bombay Bicycle Club, the native North Londoners whose cult status is looking to soon bubble over into the mainstream. And quite rightly so. Being no strangers to a live show, Bombay have toured extensively throughout their career and are the London’s hard working equivalent to Kings of Leon, soon to release their third album in as many years. It is no surprise then that they are headlining Underage with three albums worth of material already under their belt. Klaxons eat your heart out. They open with ‘Evening/Morning’ before briskly moving into newie ‘Bad Timing’, which exhibits their newfound knowledge of electronics. Fear not, this isn’t your usual move to synthetic instruments that all indie bands seem to have a crack at, some point in their career. No, instead it allows them to reach emotional heights they, and few bands have managed to reach; Britain may finally have found its answer to the indie big hitters of America. Their set is dominated by tracks from their electric debut ‘I Had The Blues But I Shook Them Loose’, with the crowd knowing each and every word. For new single ‘Shuffle’ the beautiful Lucy Rose is brought onstage to provide backing vocals, not that this is needed as the young crowd go absolutely crazy for this song in particular. For set closer ‘Always Like This’ the London School of Samba are ushered onstage by Jack for a triumphant finish to the show. This all seems rather apt seeing as most of the songs played tonight were written while the band were still teenagers themselves. Music by the kids for the kids. And I’ll tell you what, the kids are alright. 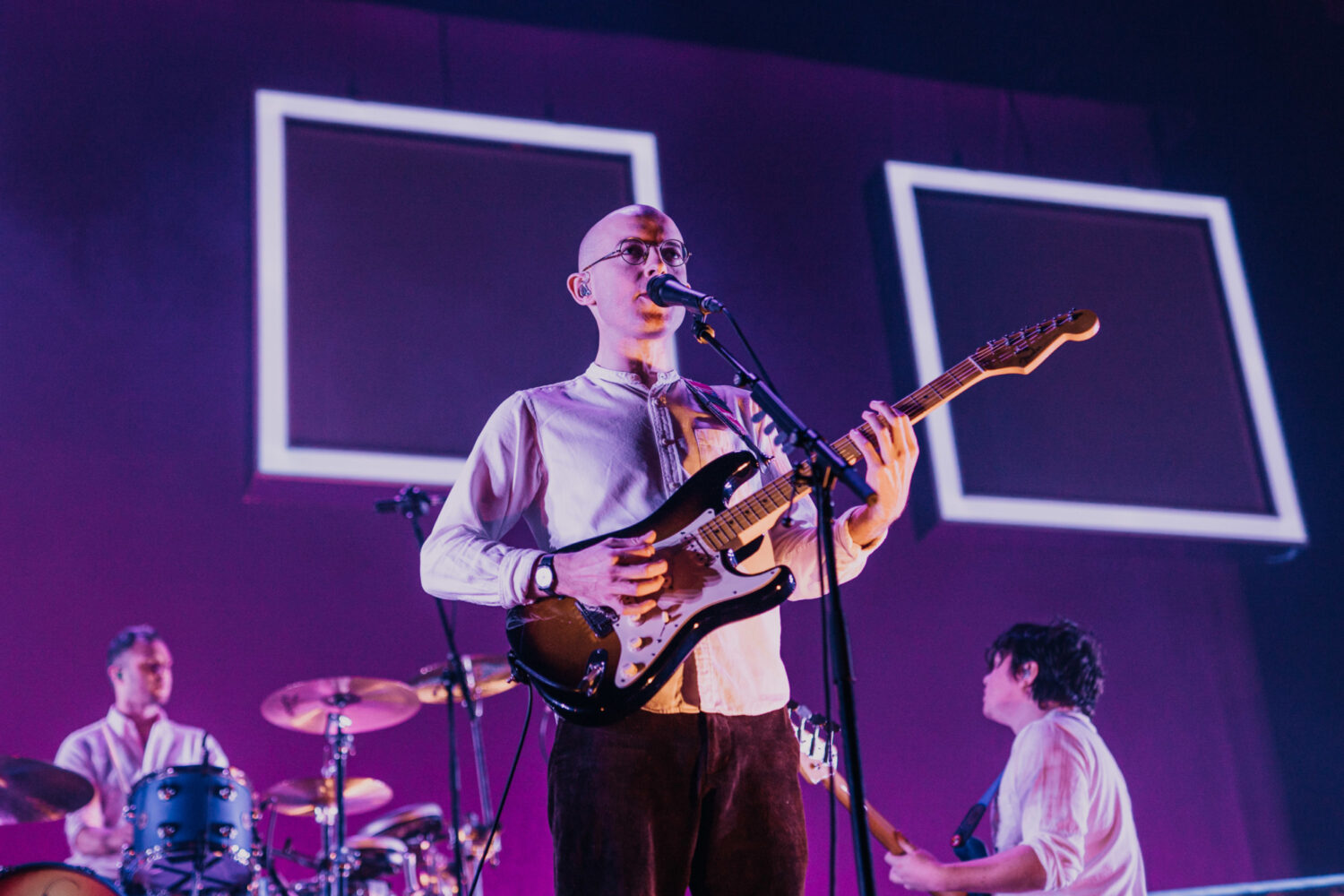 Loyle Carner, Everything Everything and Nadine Shah will also play the date.

Music veterans by their mid-twenties, having gone hard for a full decade, BBC needed to go home and find themselves again. Thankfully, they discovered a rejuvenated sense of enthusiasm and purpose.