The last day of Reeperbahn 2019 begins early in the morning with DIY and CD Baby’s special Training Day sessions. Joined by some of the best in the ‘biz to chat all about the ins and outs of the music industry, the last session also sees Sports Team’s Alex Rice joining us to discuss how to build your brand as a musician, aptly with beer-in-hand and on zero hours sleep. An interesting introduction before he headlines our takeover at Molotow Club that evening.

With the sun coming out, we head to the Backyard at Molotow to see Brighton post-punks Squid deliver one of the best sets of the whole weekend. Taking place on the one year anniversary of the release of ‘The Dial’, although they’ve not played it within their sets recently, they give the lucky audience a glimpse at what kicked it all off, playing the heavy-funk number in its brilliant entirety. Going on to play songs from recently released EP ‘Town Centre’, ‘Match Bet’ and seven-minute-masterpiece ‘The Cleaner’ are undeniable highlights, with one of the audience even getting his wife up on FaceTime so that she doesn’t miss out. Ending on fan-fave ‘Houseplants’, by the time the fantastically frantic song has ended, there’s not one person in the crowd not totally won over by the group and certain that they’ve just seen something special. 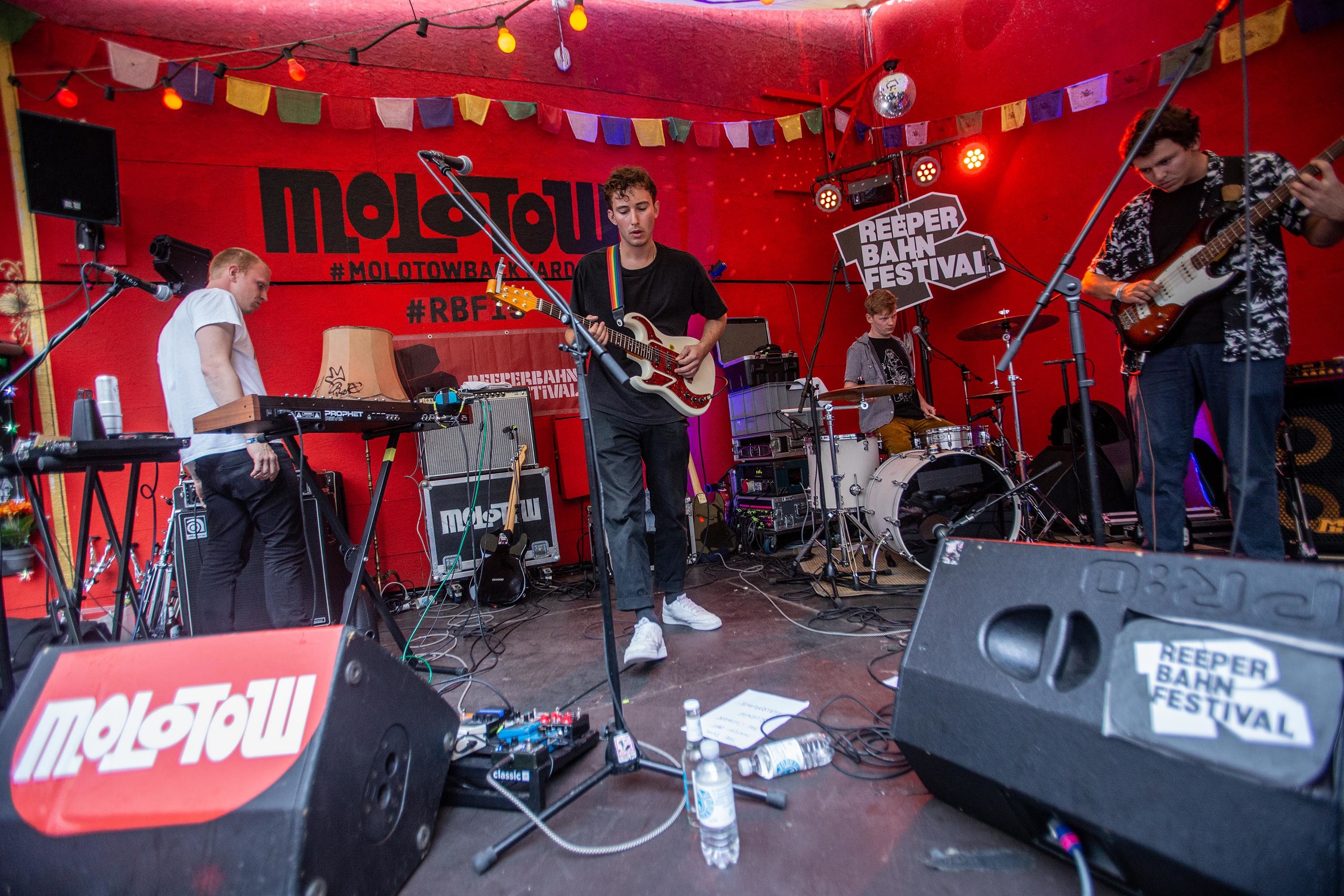 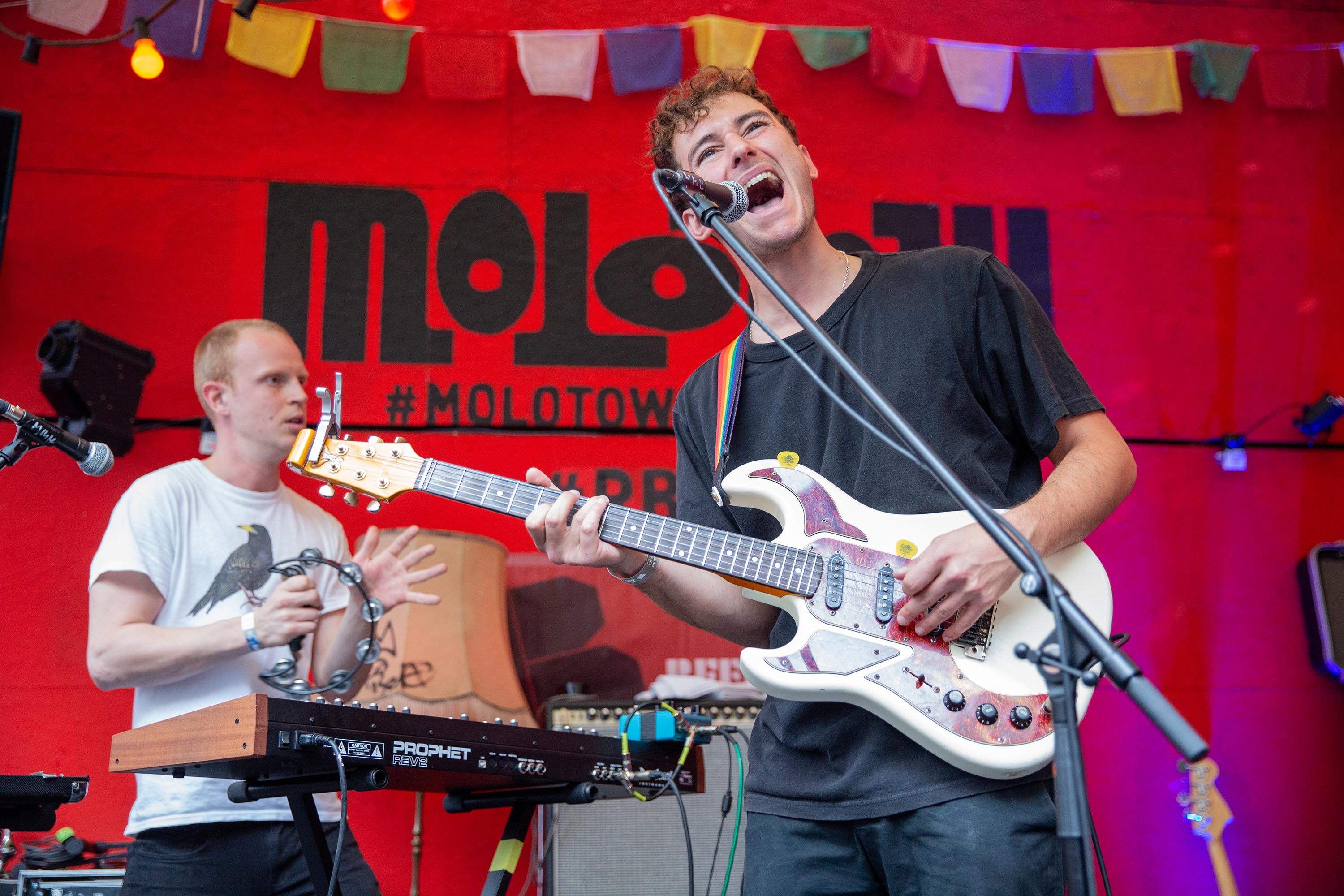 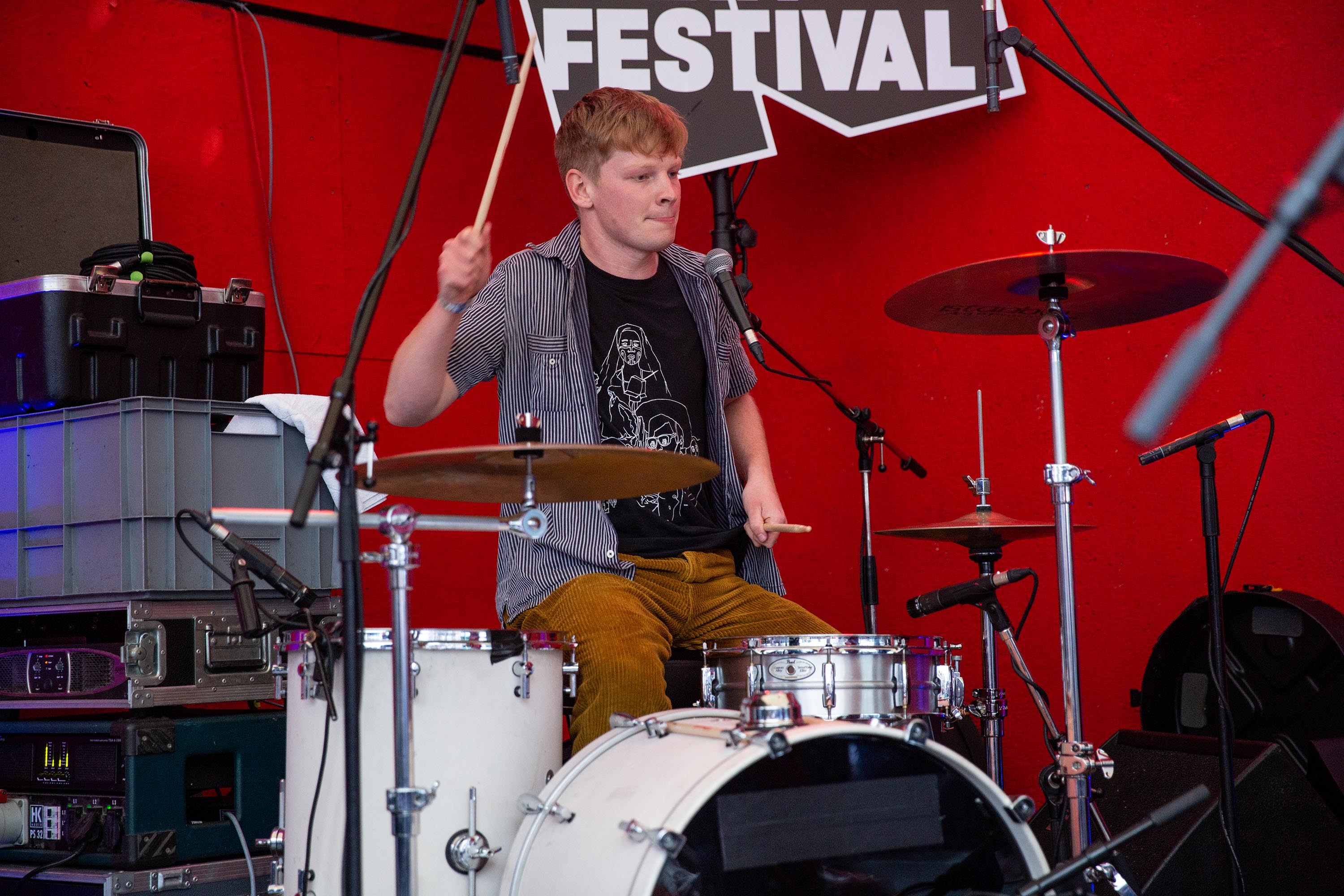 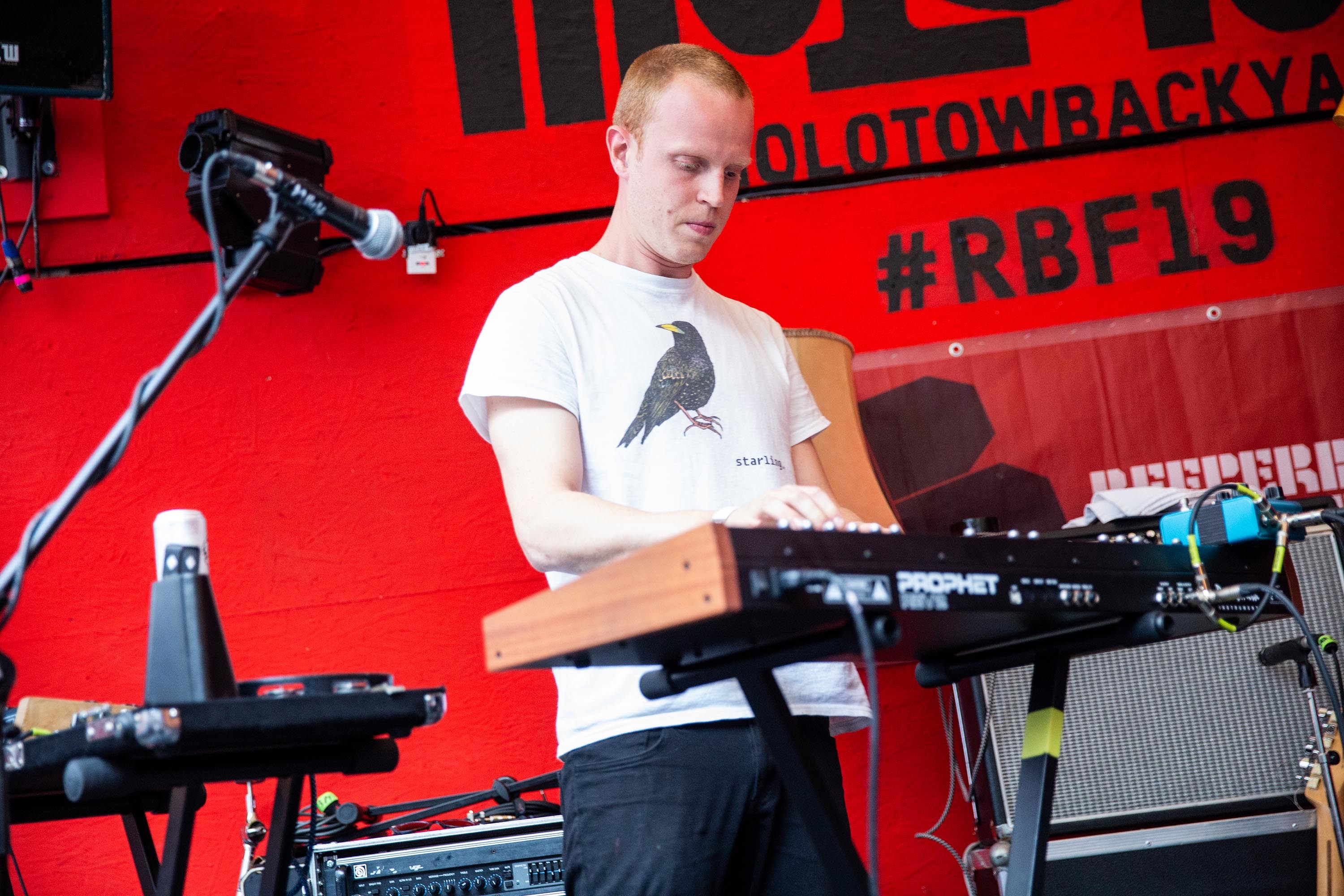 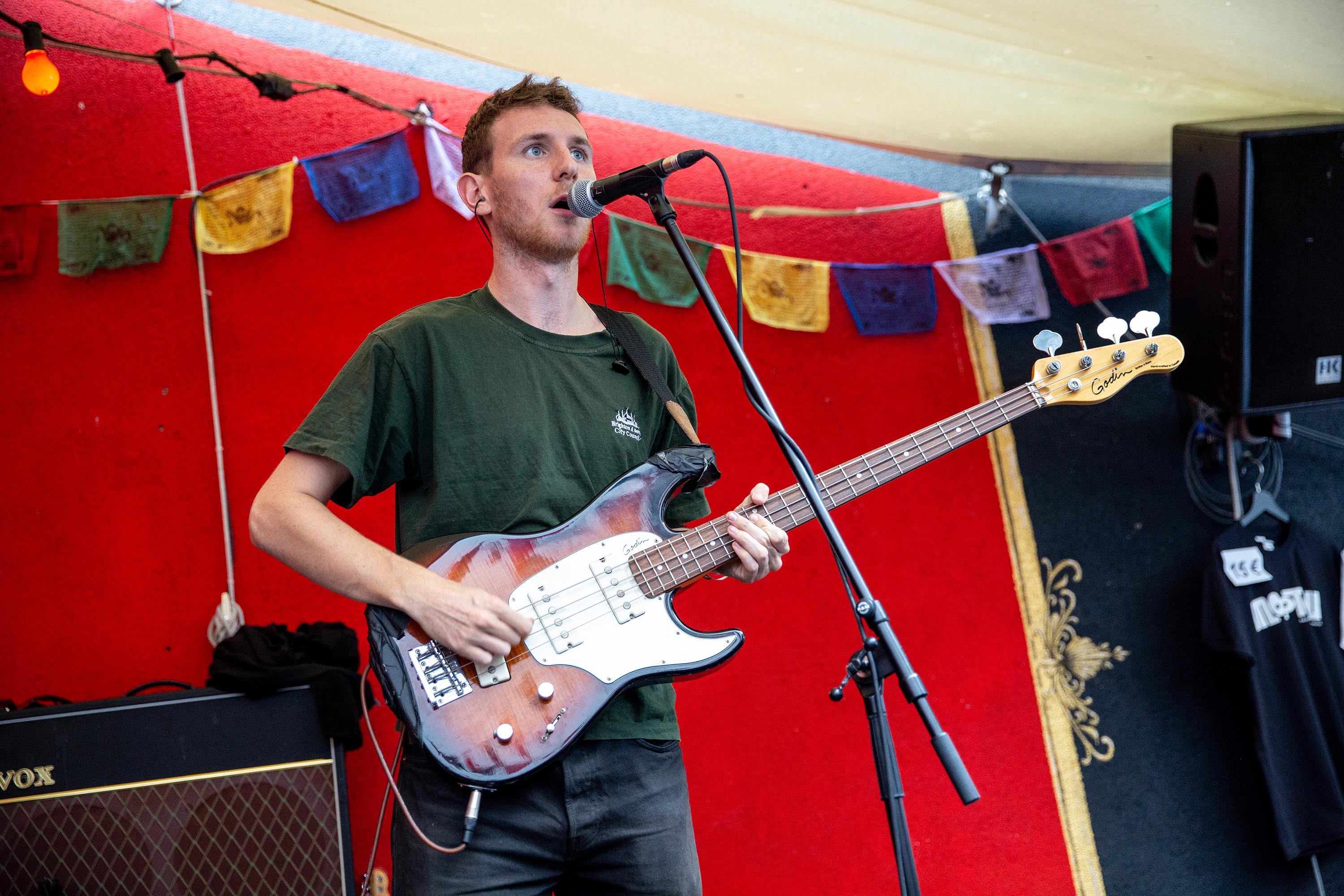 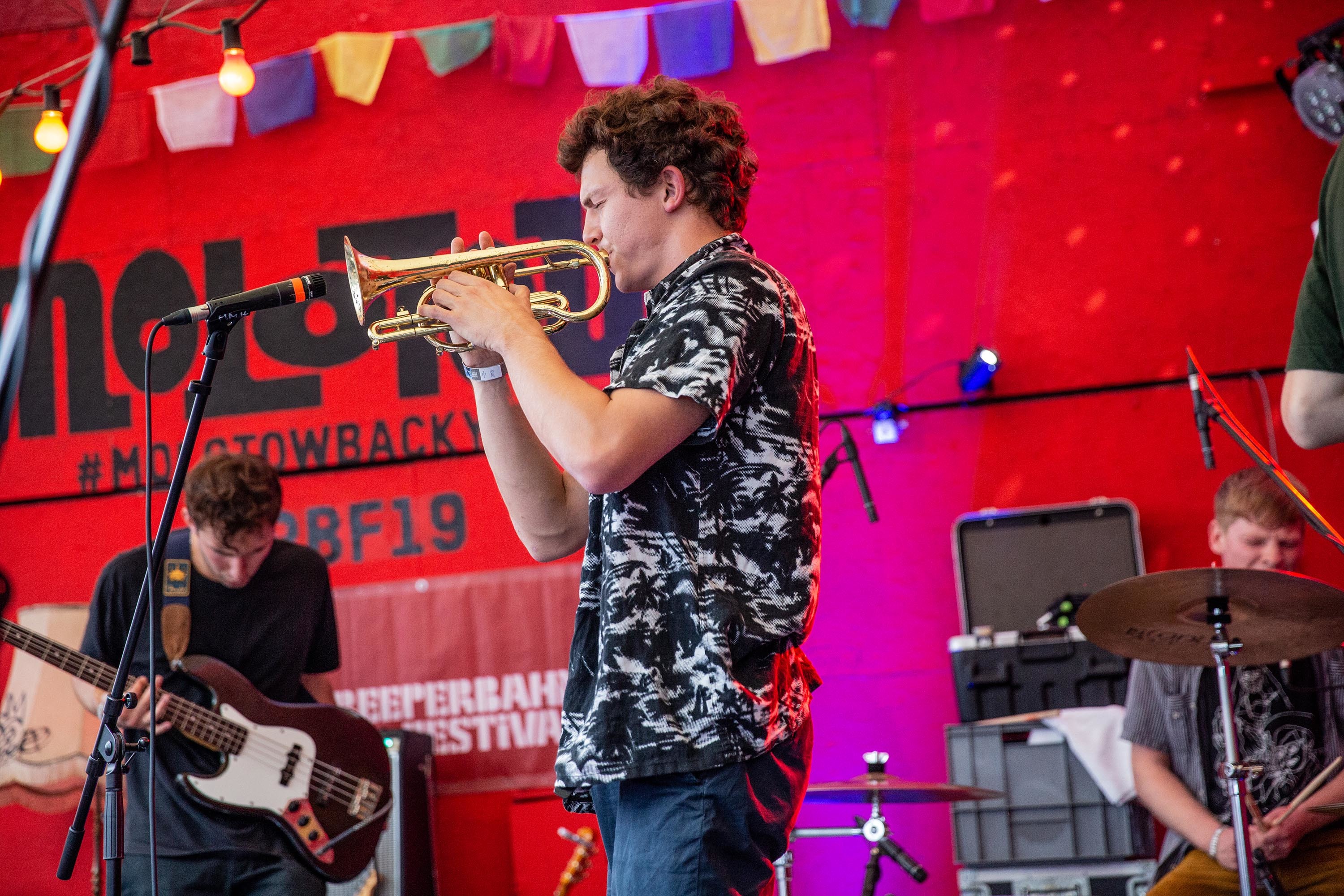 Kicking off our takeover of the Molotow Club in the evening, first off are LA indie rockers together PANGEA. Performing to a packed out room, the group rattle through hits such as the title track of their 2014 album ‘Badillac’ and ‘Money On It’ from 2017’s ‘Bulls and Roosters’. The quartet’s garage-punk offerings build to a sweaty climax with older classics like ‘Looked In Too’ from 2015’s ‘The Phage’ EP before set closer ‘Too Drunk To Cum’ sees the crowd go off with head-banging ferocity. It’s a tight and terrific set from the Santa Clarita group, where new gems like ‘Dispassionate’ and ‘Hi-Fi Television’ stand strong against their much-loved older material.

Next up are Canadian duo Partner, accidentally playing the entirety of ‘Everybody Knows’ from their 2017 record ‘In Search of Last Time’ to the room during soundcheck. “There’s two ways to get into the subconscious: emotion and repetition,” they laugh before playing the weed-paranoia anthem once again for the audience. The perfect introduction to the pair - made up of Josée Caron and Lucy Niles - the track glistens with the humour and playfulness that runs throughout their entire set. 2015’s viral track ‘The “Ellen” Page’, which got a seal of approval from the eponymous actress herself, is a harmony-ridden punk banger that fizzes around the entire room, before they introduce grunge-tinged ‘Rock Is My Rock’ for “everyone here who loves rock’n’roll”, keeping the whole room in the palm of their hands. 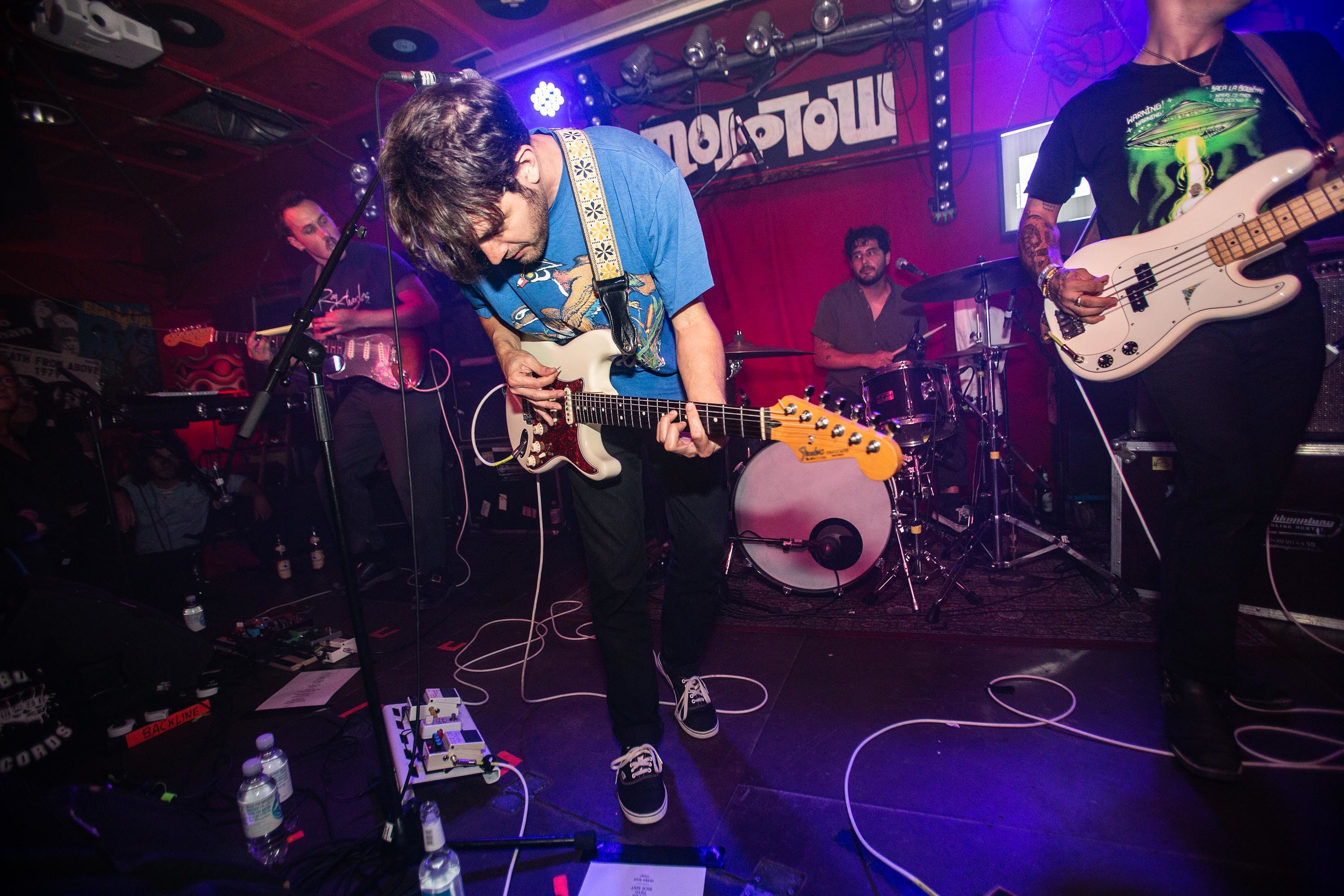 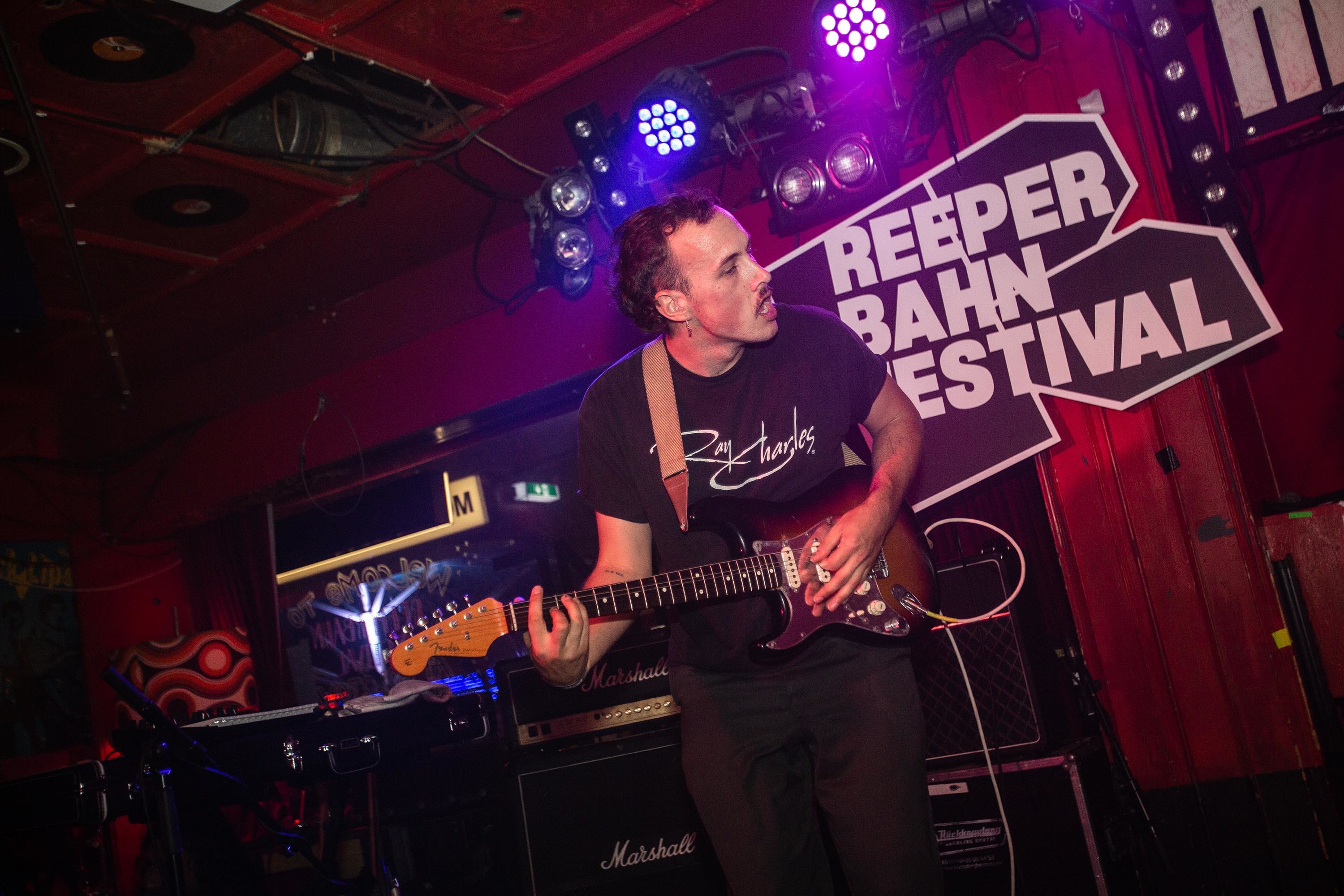 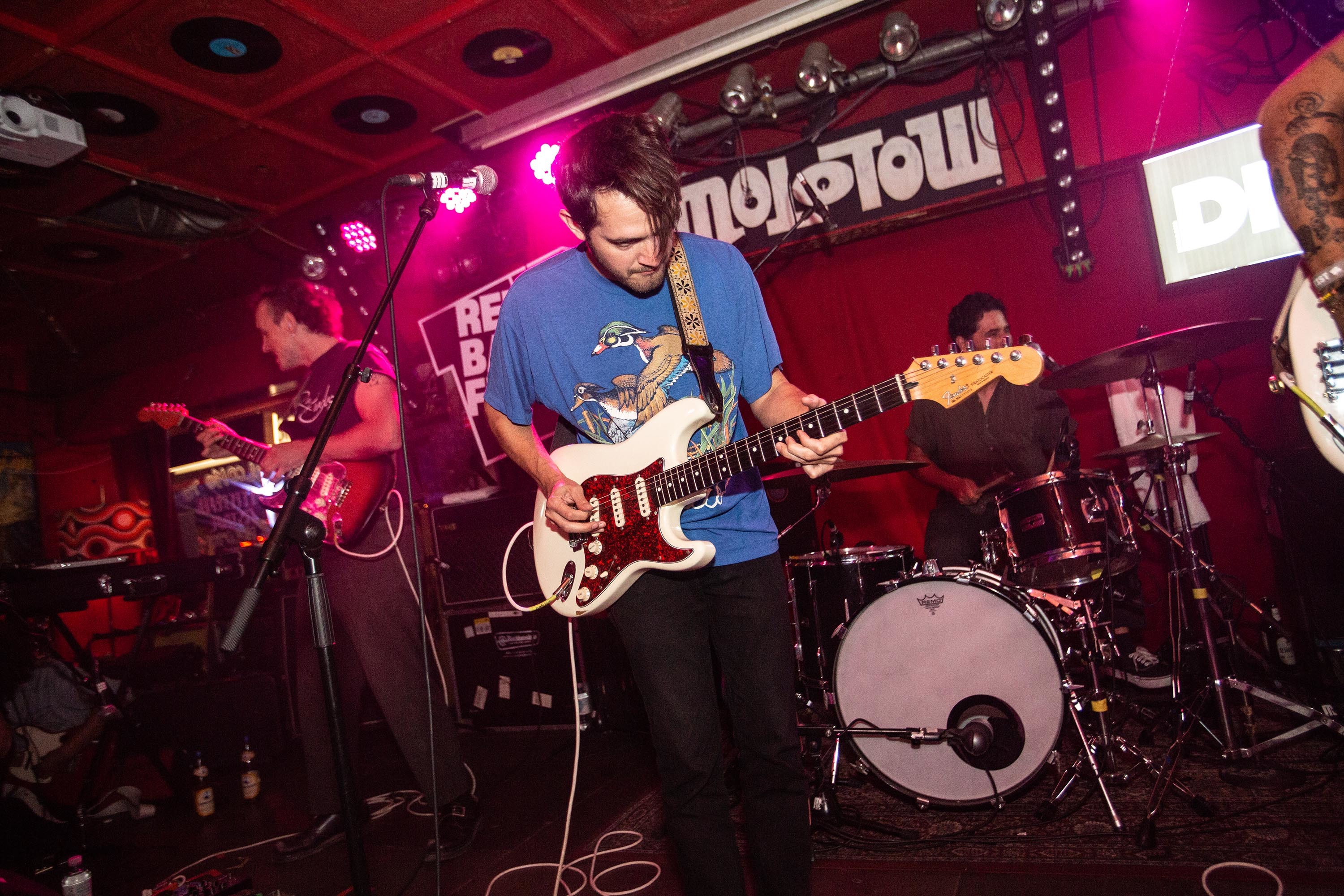 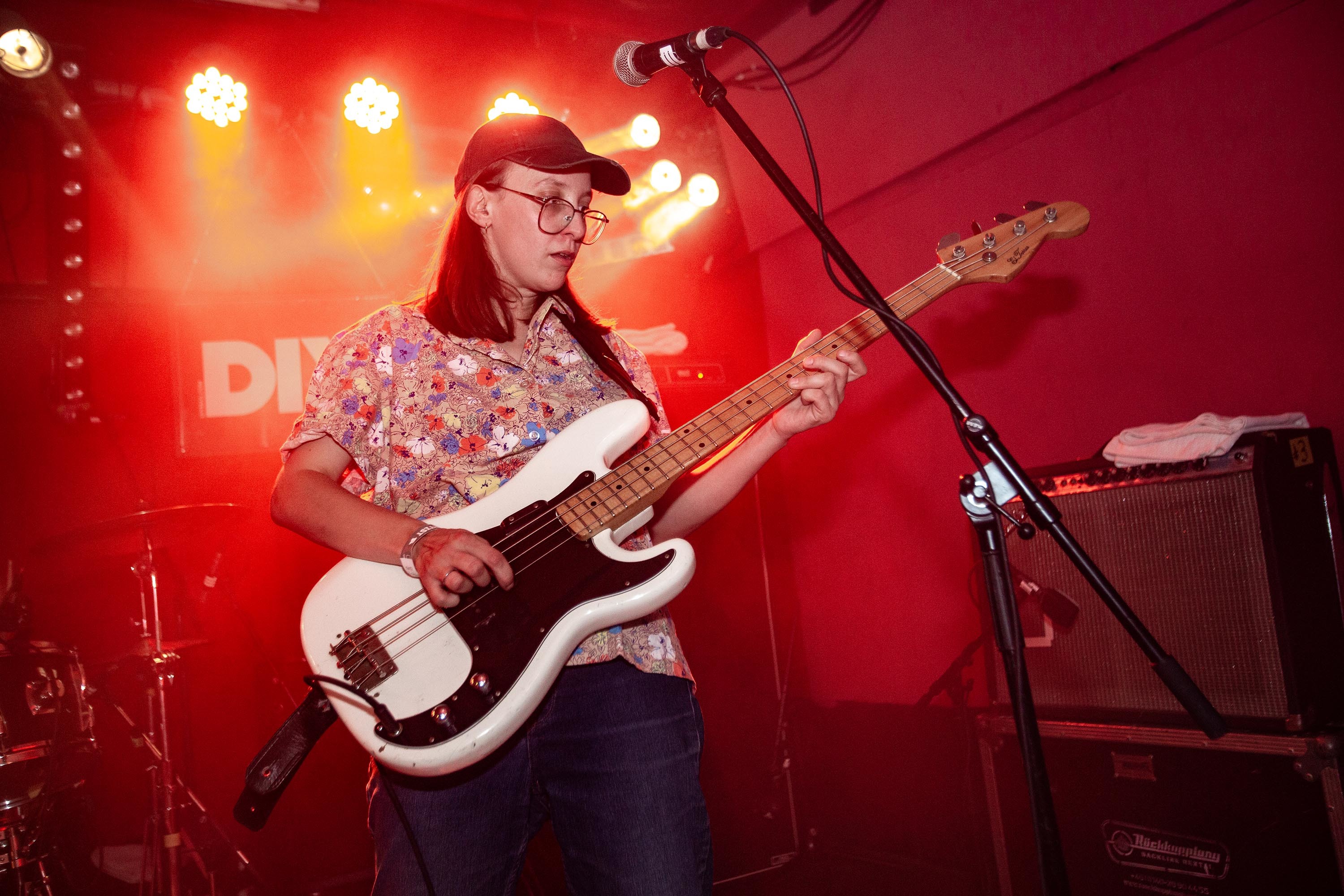 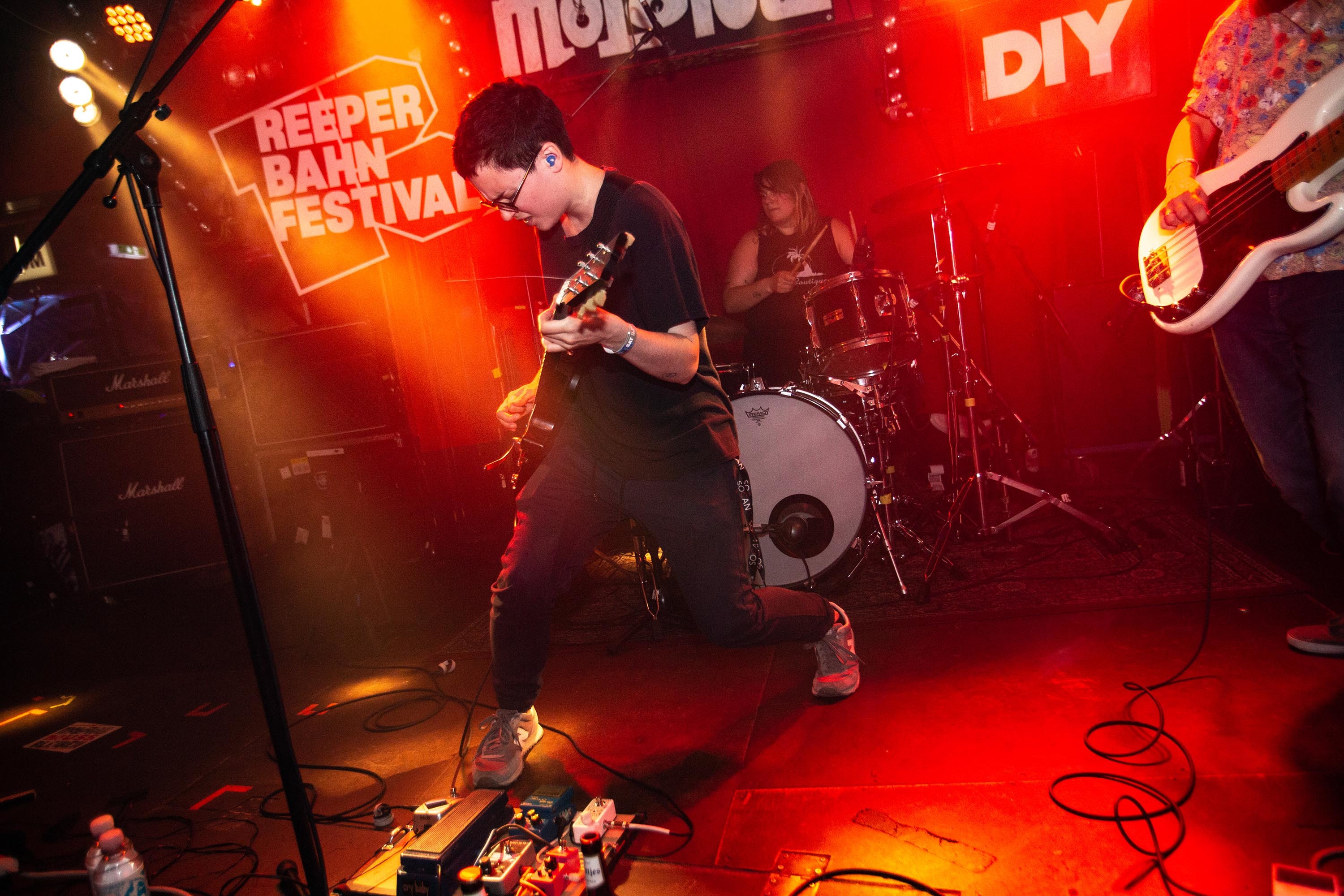 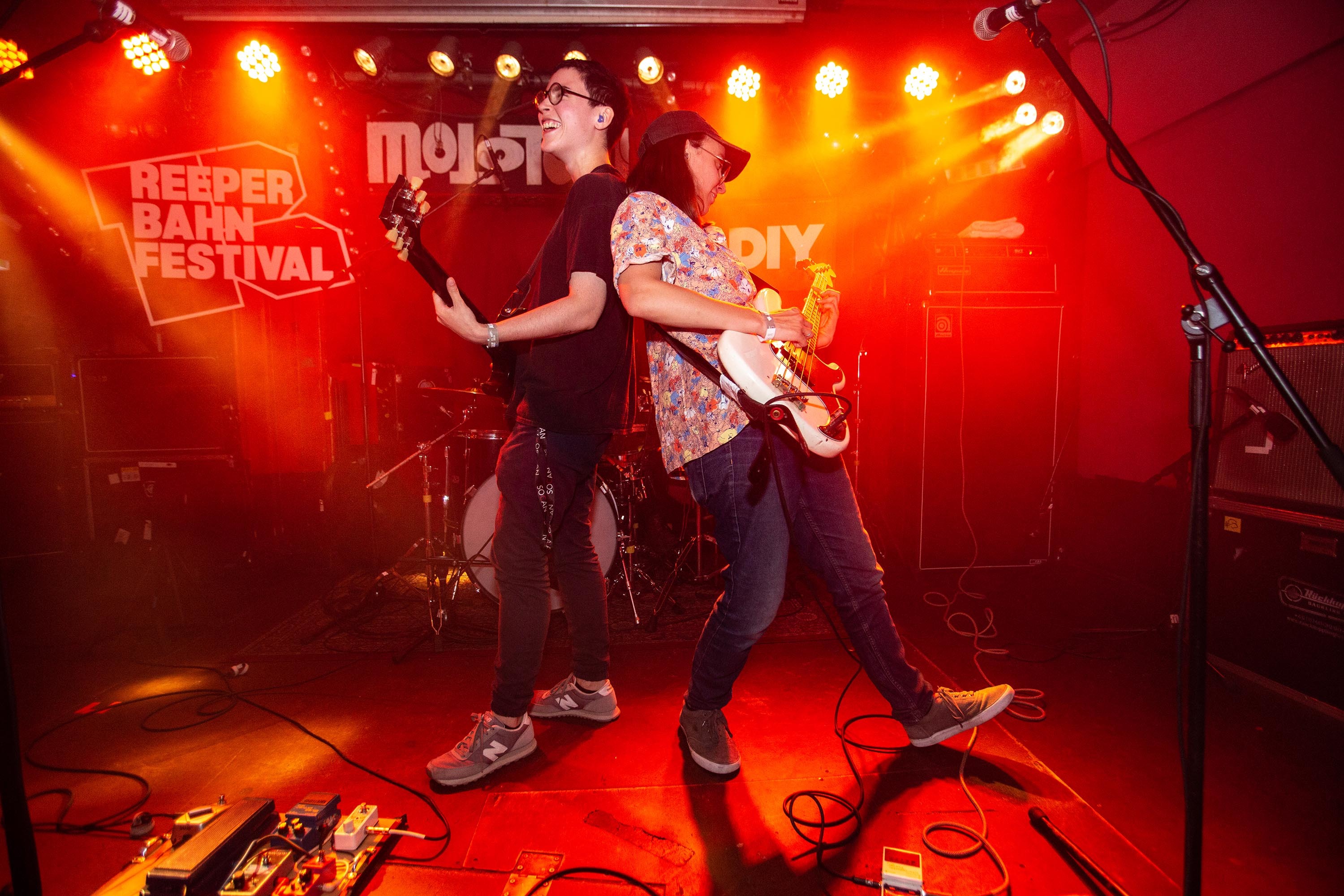 Aussie singer-songwriter Ali Barter brings her power-pop to the Molotow stage next. A slight change in pace from the rockier leaning roster, her crystalline vocals over the pop-rock backing seem like they’d slot perfectly onto an American teen surfing show soundtrack, full of shimmering grooves and sunshine-soaked sounds. Giving a sneak peak into her forthcoming new album ‘Hello, I’m Doing My Best’, ‘Backseat’ is a pulsating pop-punk number that shines in her set, while latest cut ‘January’ oozes charm with her dreamy vocals. Sure, it may not pack the punch that the crowd seem to be eager for, but Ali’s sizzling songs show a definite promise.

Cambridge six-piece Sports Team round off the night - and this year's Reeperbahn Festival - with a characteristically charismatic performance that sees mosh pits form and pints spilled. Coming onto Robbie Williams’ ‘Let Me Entertain You’, they deliver on that promise, reeling through their energetic hits like ‘Kutcher’ and ‘Here It Comes Again’. “You look like you’ve been to loads of gigs,” frontman Alex Rice asks a particularly badass bearded gig-goer at the front, “what do you think of this?”

Diving into ‘M5’, a mosh pit gradually swirls bigger and bigger, which Alex eventually jumps into himself. Latest track ‘Fishing’ wows the audience, while yet-to-be-released ‘Races’ is yet another crowd pleaser; it’s brilliantly chaotic and more proof of why the sextet are one of the UK’s most buzziest bands about. Closing on ‘Stanton’, it’s the final glowing performance and further proof of Reeperbahn saving the best ’til last. 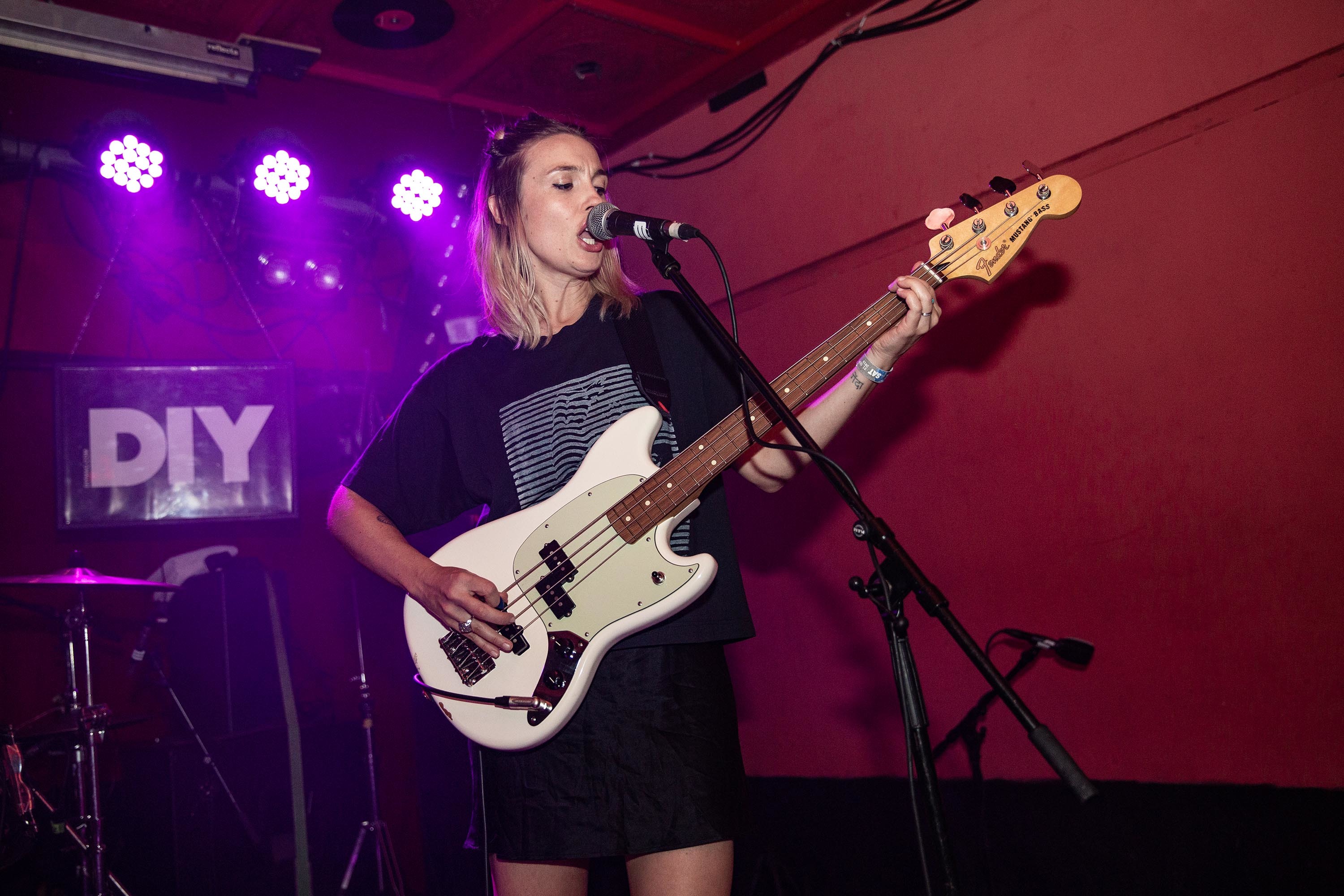 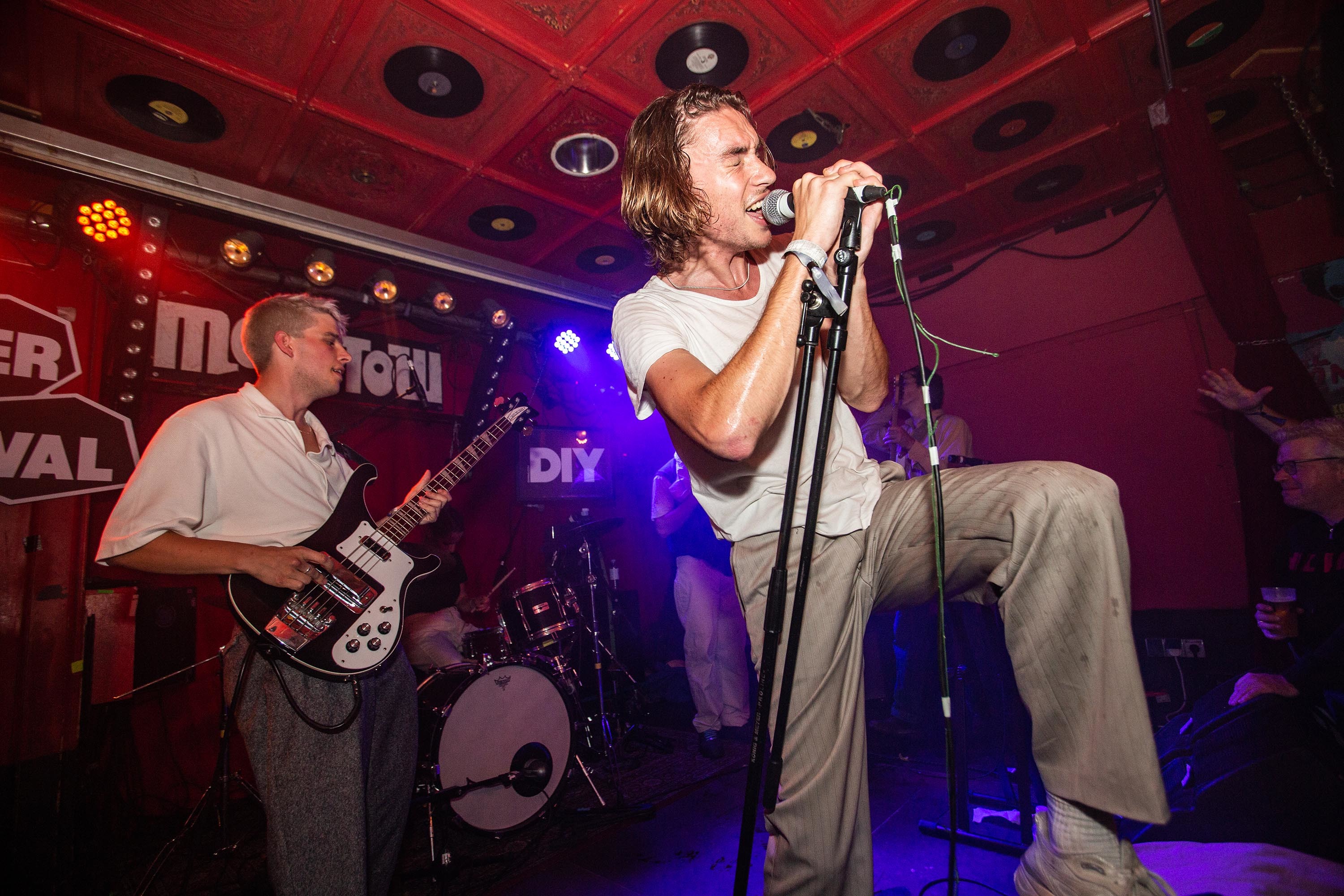 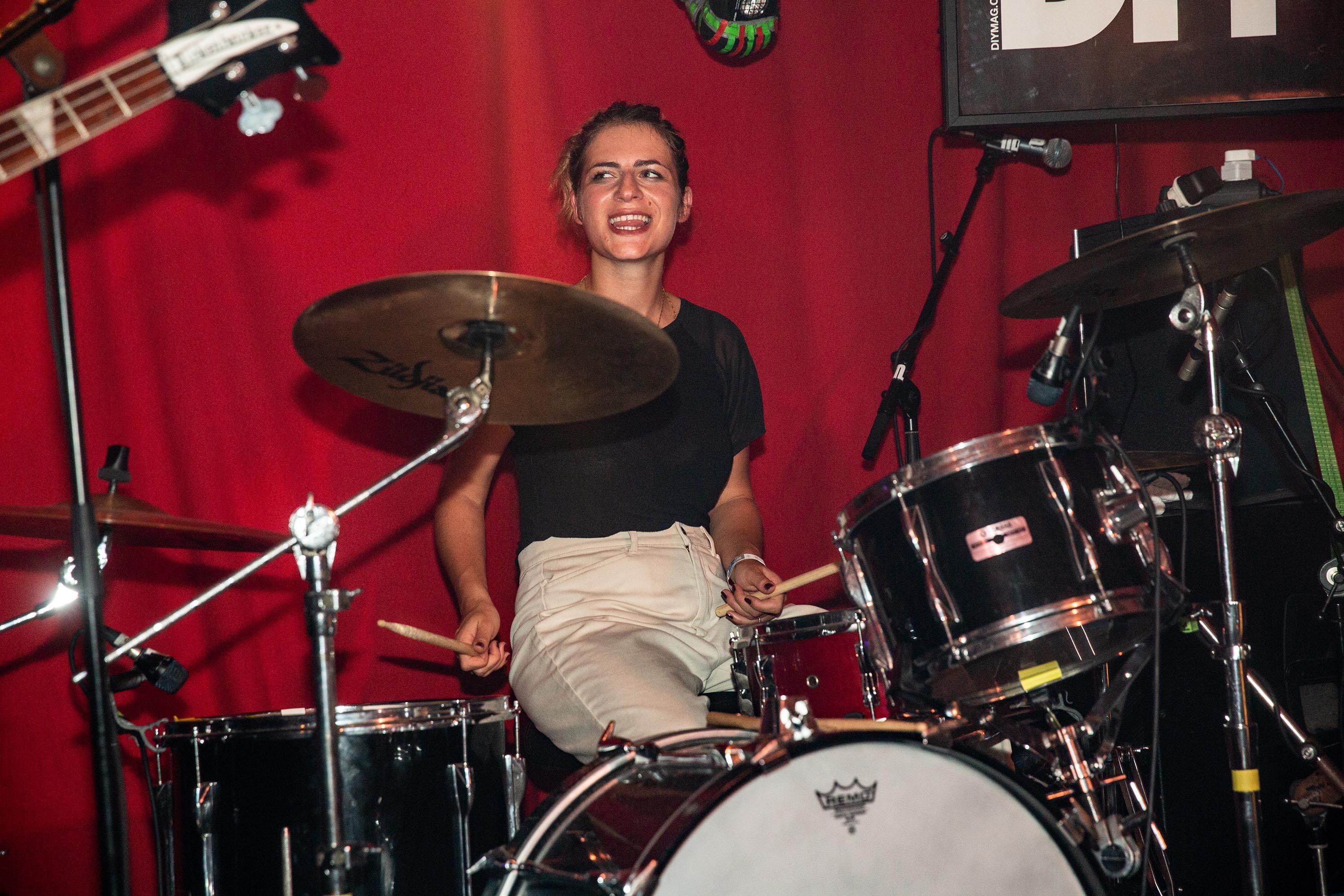 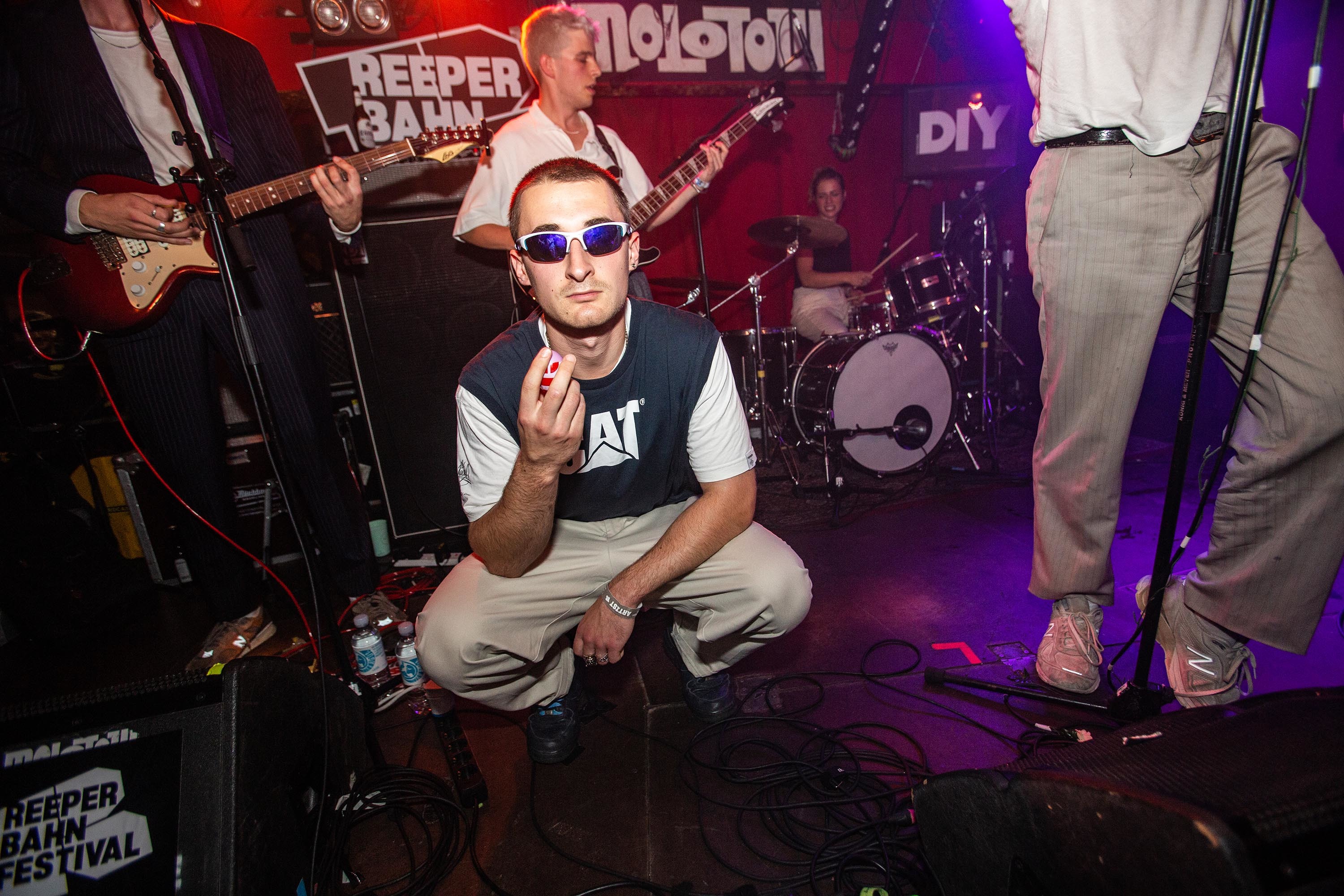 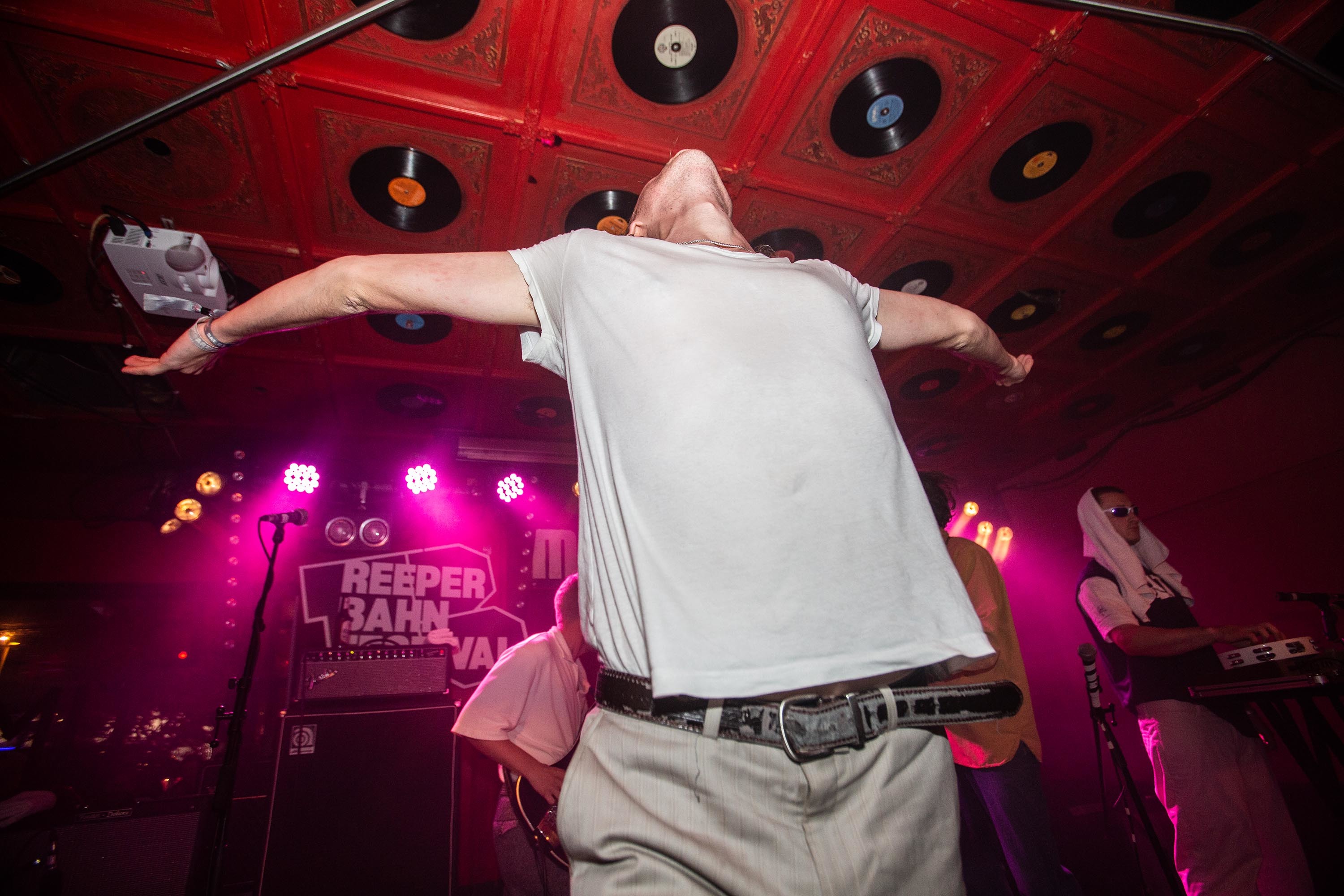