Back in 2008, Nathan William’s blend of surf-rock and raw overdrive was like marmite. Err – not like a black sludgy pot of yeast extract – but instead in terms of it either being loved or hated. Critically, the first two records that Wavves – the spellcheck-vexing moniker that Williams and collaborator Alex Gates took – made were predominantly well-received. But for some, the no-fi tsunami that sloshed behind chilled-out hooks was too much; Q Magazine notably gave it a two out of ten, quipping that Williams was seemingly trying to pass off a ‘lack of ability as some sort of artistic statement’. To see Wavves’ early material in this kind of light – as if it was pretentiously and purposefully simple – is to see it wrongly. The whole point was that it was so laid-back it was basically vertical, beaming out a don’t-give-a-fuck atmosphere that was as infectious as it was rewarding.

Much like how it was received with polarising love and hate, the song’s subject revolve around simple dislikes and likes. Weed (‘Weed Demon’), the sun (‘Here’s to the Sun’) and skateboarding get a big goofy thumbs up, while goths (‘Surf Goth’, ‘Goth Girls’, ‘Summer Goth’ e.t.c.) and boredom are not looked upon so fondly. This, mixed with simple melodies and tongue-in-cheek repetitive lyrics forged something pretty exciting, with Wavves’ sound developing since then through being beefed-up by major-label investment and maturing song-writing. Upcoming album ‘Flamezesz’ – based on the fact that the lead singles are as fun and spiralling as a slinky - looks to be the best yet (even if its spelling would confuse even the super-geeks on Child Genius).

Nonetheless, to see Williams and Wavves as one and the same is to make a big fat mistake. Like a quality takeaway, the main course of sludgy guitars and distortion is perfectly complemented with a ton of side dishes that the Californian slacker has served-up. From Spirit Club to Sweet Valley, he’s involved in a handful cracking projects that are worth bending your hungry ears around. Let’s take a peek (and a listen). 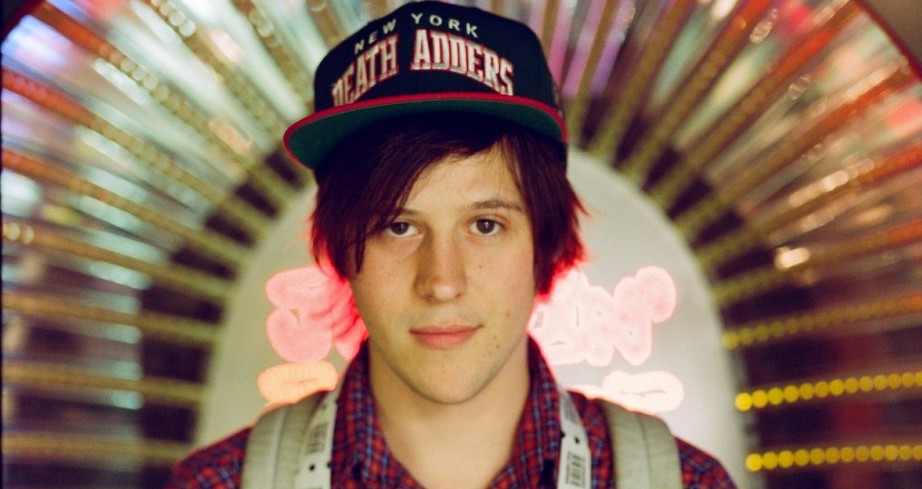 According to the Bandcamp of Sweet Valley – Nathan and his brother Kynan Williams’ electronic project – the concept they are conveying is of a ‘Bermuda Triangle-like place, where cannabis crumbs, spilt beer, record dust and that mysterious shit… game cartridges all collect’. At a glance that sounds pretty similar to Wavves; but the two projects are as far apart as a stick of chalk and a big ol’ slab of cheese. Sweet Valley is less about spunk-punk and more about warped, video-game inspired slow-jams. ‘Malibu Games’ is the highlight off the duo’s first full-length 'Stay Calm,' released in 2012; it’s all pitch-bent synths and 60s sounding samples. Impressively, there was another LP in the same year – 'Eternal Champ' – which developed the sound into scratchy, blissed-out jams like ‘Sentimental Trash,’ mixing vintage vocals and effects glitchier than a bashed-up copy of E.T: The Video Game.

Like Sweet Valley but yearn for some more vocals punched into the mix? Wish no further lady/gentleman; the Williams brothers continued to rival the Williams sisters for Best Sibling Duo With The Surname Williams by collaborating with MNDR earlier this year. Joining forces through the awesomely illustrated EP 'Dance 4 A Dollar,' it’s stuffed with electro-pop with a twisted, psychedelic edge. ‘Tongues Like Ghosts’ mixes in-your-face snare with trap influences and backing vocals while ‘Do It Everyday’ merges Charli-XCX lyrics with stutter-drums and synths brimming with more echo than a furious Brian Blessed enclosed in a cave.

Formed in October 2014, Spirit Club is another Williams/Williams project along with Fantastic Magic’s Andrew Caddick. Instead of punky hooks and sunny melodies it mixes Williams’ trademark distortion and lo-fi recording with noise-pop nuances and shoegazing inspirations. Their debut self-titled LP was released earlier this year, featuring the short-lived echo-pop of ‘Ripped’ and the mysterious haze of ‘Carousel’, spinning slowly around discordant vocals and fretless bass. Lead single ‘Still Life’ sounds starkly different, however, due to its more punky sensibility recalling some of Wavves’ most recent material; it also features some bloody cool lead guitar parts that screech and howl like some sort of undiscovered six-string animal.

According to legend, turn left at purgatory and go upwards for a few miles, and on your right you’ll find lo-fi Pop Heaven; apparently where the divine match between noisy indie cult-hero Cloud Nothings and Wavves was forged. This was realised on the brief but urgent LP 'No Life For Me', which is all about rollicking out-of-control fuzz jams. It expertly weaves together the pop and distortion that make both Wavves and Cloud Nothings so shout-about fun; ‘Come Down’ borders on Parquet Courts with its scratchy guitar lines while the title track is an absolute cracker with its hazily delivered vocals and gnarling background guitar.