It’s that time of the year again. The point where everyone goes gaga for some of the best new acts around, all ready to put their stamp on the next twelve months.

Last year, we were tipping Years & Years, Hinds (FKA Deers), Tobias Jesso Jr and Jack Garratt for greatness as part of our Class of 2015. You can’t predict everything (like #piggate, for instance), but we’re giving it a go.

This time round, we’ve put together a bright, mostly bonkers bunch of acts - all bands we’re not going to shut up about.

The Class of 2016 is led by Rat Boy, a peerless Essex troubadour who does everything on his terms. From graffiti’ed artwork to game-changing singles, he’s thrown himself into the spotlight. We get to know Jordan Cardy as he readies himself for 2016 domination.

Fourteen acts make up this year’s Class Of. There’s the party-starting fever of Formation, superstar-in-waiting Alessia Cara, future pop experimentalist The Japanese House. Yak are one of the best live bands in the country, and they’re backed by Neu Tour buddies Inheaven, The Big Moon and VANT.

Partybaby have just two tracks to their name, but the Californians have an incredible story, its starting point being unsuccessful writing sessions for Christina Aguilera. Creeper are also bringing the noise, while Brighton’s Black Honey and The Magic Gang are bringing a devilish game to the table.

We get colourful with Oscar, and Nao steps out of the fog as one of 2016’s surefire stars. 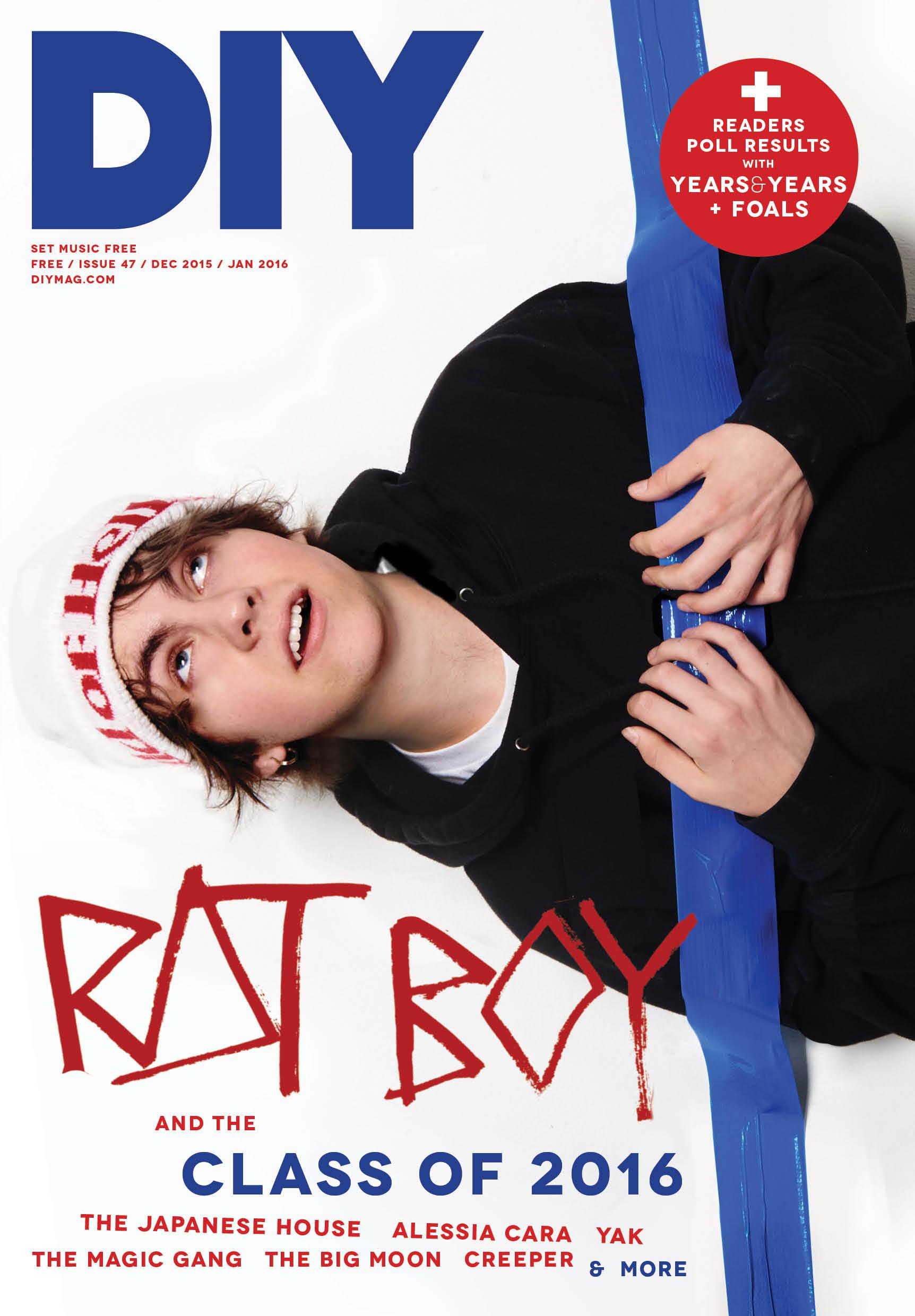 It's not all about the new music. We're also looking back on 2015, leading with the results of the DIY Readers Poll 2015.

Turns out you lot really like Wolf Alice. We've looked at the defining moments of their incredible year, as well as checking in with Foals and Years & Years on how 2015 went for them.

And looking ahead to 2016, we get first word on new albums from Biffy Clyro, Eagulls, Santigold & loads more.

DIY's December 2015 / January 2016 issue is available for free from Friday 4th December. Check out the record shops, venues and Dr. Martens stores stocking DIY, and check back here from 12pm GMT on 4th December to read online for free.

Pre-order a physical copy with a DIY tote bag below.