LCD Soundsystem are back. Four words that have lingered on the tongues of thousands for the past five years, desperate for escape, can now finally be uttered with conviction. Confirmed for Coachella 2016 and with more dates on the way, James Murphy’s band of merriment has returned for a stint far longer than that surprise Christmas single. With the announcement, though, comes a degree of cynicism from the shadiest of corners. Why are they really back? What’s their end-game, here?

When LCD Soundsystem announced their disbanding back in 2011, it was undoubtedly with a certain fanfare. Shut Up And Play The Hits, the stunningly shot documentary that documented the 48-hours surrounding their ‘last’ show at Madison Square Garden, was seen by many as the perfect closing statement – an elegant full stop on a career that never put a foot wrong. Speaking to DIY around the film’s release, Murphy himself refused to acknowledge that it was the end. “If we feel like doing something, we’re going to do it,” he stated. “We’re grown people and there’s no legal obligation to do anything.” It all came with a caveat, mind: “It’s not like we’re going to reform. There will be no reforming.”

Such emphatic statements (musicians, eh?) reek of another recent ‘never-gonna-happen’ reunion; Sweden’s punk pioneers Refused, who - after disbanding in 1998 - returned to stages in 2012 and stereos last year with ‘Freedom’. Their first album in 17 years, ‘Freedom’ was hung out to dry by some before it even saw the light of day, pinned as the nail in the coffin of a legacy which Refused never asked for in the first place. It’s the statement surrounding Refused’s 1998 demise that garnered the most scrutiny, though. “All that we have to say has been said here or in our music/manifestos/lyrics and if that is not enough you are not likely to get it anyway, stated their lengthy parting letter, before shit really hit the fan: “WE THEREFORE DEMAND THAT EVERY NEWSPAPER BURN ALL THEIR PHOTOS OF REFUSED so that we will no longer be tortured with memories of a time gone by and the mythmaking that single-minded and incompetent journalism offers us. REFUSED ARE DEAD – LONG LIVE REFUSED.” Doesn’t get much more final than that, right?

“Bands never own their legacy, and comebacks of recent years shouldn’t be mired in a wave of anti-nostalgia.”

Well, wrong, of course. In an interview with Rolling Stone last year, the band’s frontman Dennis Lyxzen addressed the finality with a statement every bit as fiery: “Fuck what people expect of us.” It’s a statement that guitarist Kristoffer Steen addressed in a DIY interview last year, too. “I can totally understand the appeal of that narrative, that grand myth,” Steen said. Myth-making is integral to the magic of music – just look at the modern legends of ‘the boys in the band’ that surround The Libertines, another reformed success story. But should it ever overshadow the true magic of music – the coming together of musicians, and the creation of that incomparable feeling, be that on-stage or in the studio? Bands never own their legacy, and comebacks of recent years shouldn’t be mired in a wave of anti-nostalgia. How can you begrudge a band for going back on something they said or might have said in the heat of a moment, or when too young to know what they really wanted?

“I understand that people want to print the legend,” Steen continued. “So much of punk, rock’n’roll and popular culture in general is based on fiction. Everyone knows that it’s a fiction. No band can live up to that myth-making. We’re a bunch of guys who love to make music. We’re not really concerned about the myth, even if we’ve benefited from that myth.”

“Passion and instinct dictate a musician’s decision-making, for better or for worse.”

Those benefits are clear - bigger stages, bigger festivals, bigger crowds all await returning heroes. Sure, it’s easy to sneer ‘bigger paychecks, too’, but if anyone had their sights set on becoming a millionaire, they probably wouldn’t have opted to be a professional musician in the first place. No, there’s something far greater than money that pulls together a group of disbanded artists – a desire to relive the magic.

None of the aforementioned were creatively void in their years apart. James Murphy’s gone on to become both an in-demand producer of records such as Arcade Fire’s ‘Reflektor’ and a technological wizard, designing the one-of-a-kind Despacio soundsystem, while his LCD cohort Al Doyle has been whisked around the world with Hot Chip. Camp Refused basked in everything from the directing of operas to Dennis Lyxzen’s more experimental The (International) Noise Conspiracy project, while The Libertines’ legacy carved a path straight into Dirty Pretty Things. All of the above was undoubtedly enough to keep them both creatively and financially cushioned, but when fate comes a-knocking with the opportunity to step on stage with your old friends and play songs that you and the thousands in front of you adore, there’s a pricelessness that no AEG paycheque could even dream of matching. To imply that Murphy and co. will spend their Coachella headline slot dreaming of all the lovely John Lewis crockery they’ll be able to pick up the following weekend is to wilfully ignore the passion that’s backed every step of their path to date.

Passion and instinct dictate a musician’s decision-making, for better or for worse. Breaking up in the first place is undoubtedly a decision that rests on instinct and blind faith – how can anyone ever know if it’s really ‘the right time’ to close the book? ‘Kid A’’s production famously nearly drove Radiohead to the brink, the stresses of their newfound evolution into more electronic-led work putting the group at loggerheads. Had they pulled the trigger, we’d never have been privy to some of their finest work. Or, possibly, that incredible video of Thom Yorke getting spooked by a bell.

LCD Soundsystem - All My Friends (Live at Madison Square Garden)

“It’s the roll-with-the-punches, instinctive nature of our favourite bands that makes them such exciting prospects in the first place.”

Messy stories are part of every band’s make-up – those dangerously-close-to-boiling-point near breakups are only part of it. From line-up changes to cancelled tours, petty arguments of sequencing (looking at you again, ‘Kid A’) to full-blown label disputes, there are dents in every band’s timeline that negate any notion of a perfectly rounded-off story. It’s the roll-with-the-punches, instinctive nature of our favourite bands that makes them such exciting prospects in the first place.

The chance to revisit old moments of magic is only part of it, of course – there’s a whole generation of new fans who’ll at long last get to see The Hits for themselves. Five might not be the largest number, true, but in our mile-a-minute culture, five years is an awfully long time for a group as important as LCD Soundsystem to stay away. There’s new seeds to be sown, and new hearts to win over. The fact that they’re heading into the studio with the aim of keeping this whole thing running only makes it all the sweeter. While fresh blood and new headliners are an important part of the festival season, and not something we should ever shy away from pushing forward, LCD’s first steps up to these headline slots are evidence that there’s still untapped excitement in the older guard too.

Of course, you don’t have to witness LCD Soundsystem’s rebirth this summer – there’s an awful lot of bands on any given festival line-up, and you don’t have to see them all. But to miss ‘All My Friends’ amongst a teary-eyed crowd of your nearest and dearest because you’re unsure of the group on-stage’s motives? That would be one hell of a stupid decision. 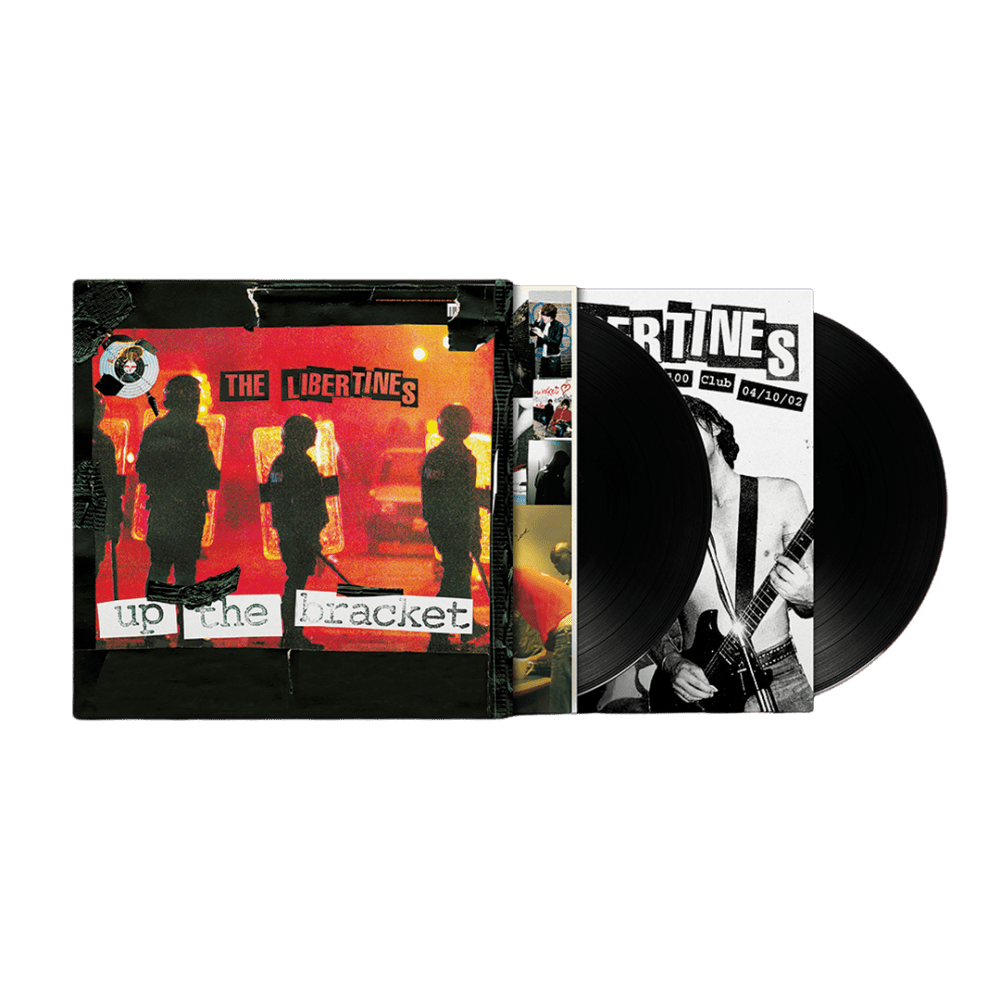 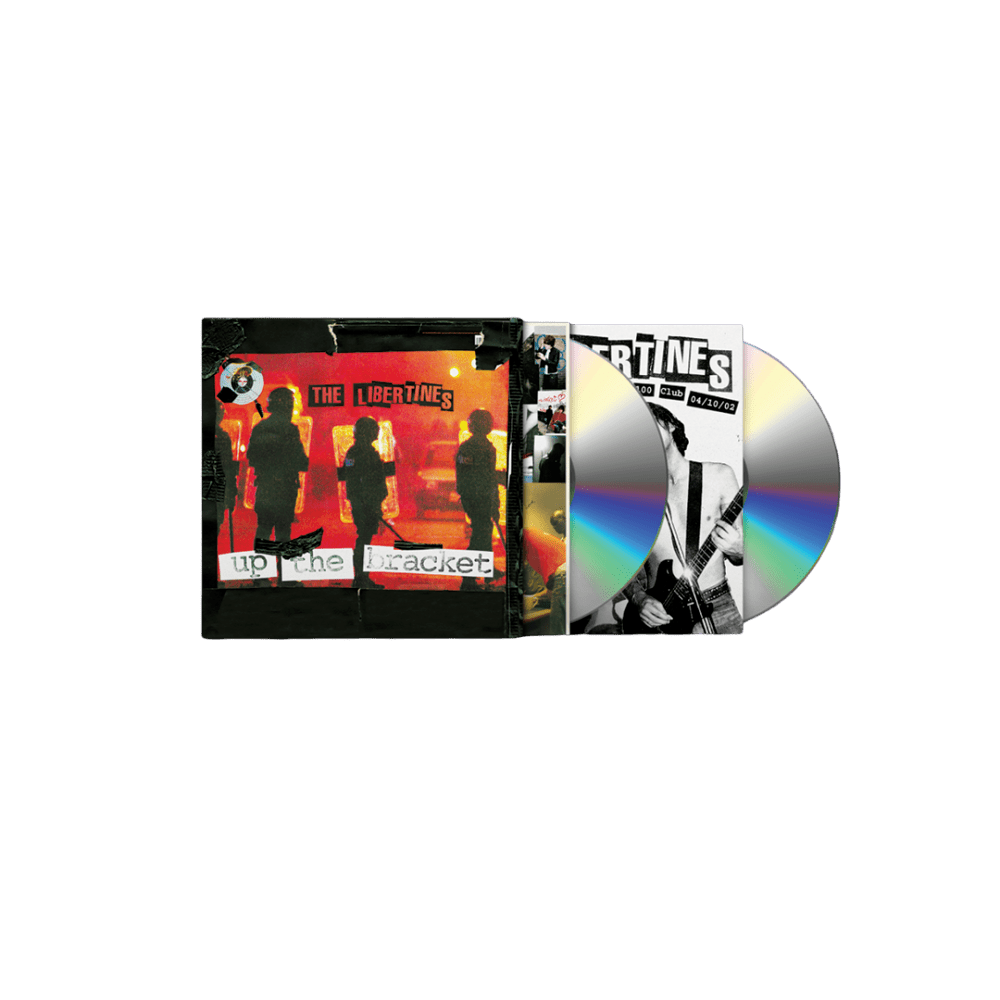 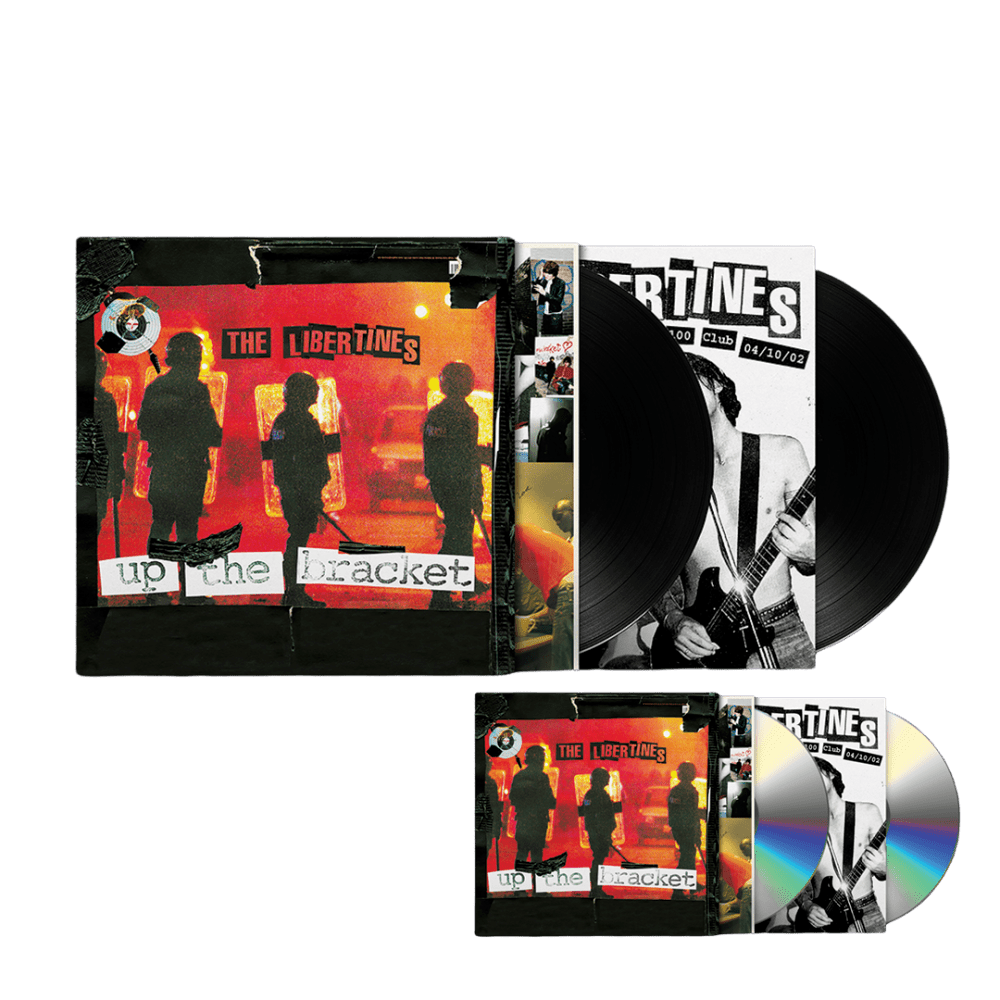 The Libertines - Up The Bracket (20th Anniversary Edition) Vinyl + 2CD