This week, The Killers’ mammoth arena show rolls into London for two nights at the none-too-tiny O2 Arena. In support for the whole tour is singer Juanita Stein. Don’t know her yet? Well you should.

Having made her name as the honey-voiced vocalist of ’00s indie types Howling Bells – an Aussie troupe armed with swooning noir hooks and dark romance to spare – Juanita’s now stepped out on her own with this year’s most excellent debut ‘America’ (read our 4* review if you’re not convinced) and a whole new set of spine-tingling treats.

We caught up with the singer to find out about life in the Killers machine, and how her America is definitely not the shit show 2k17 version.

It’s such a big production on this tour. We joined them on tour on [Howling Bells’] first record, we’re talking 10 years ago, and that’s how the connections were made, but this is a whole other level. They were still big then though; they were always big. They just formed a band and were big, it just happens like that for some people.

How do you remember those shows?

They’d picked us for the tour, and we developed friendships back then. You’re pompous though aren’t you [at that age]? You’re ungrateful and you don’t recognise the good things that happen, and that’s just part of being young and being new. We had no idea, we just hopped on a plane and got here.

Are you appreciating it more second time around?

Oh my god yeah, are you kidding me? The older you get, the more deeply appreciative you become of everything. You have to have a certain level of obnoxiousness to survive [at the start] – you have to be overly confident in what you’re doing, and there has to be a sense of saying ‘I’m worth that’.

Then with us, there was a huge dive [in later records] and it’s humbling. But I feel like the ones who survive are the ones who learn to pick themselves back up again and now I’m here as a solo artist. Essentially, Brandon and Ronnie have watched me grow musically.

Are they fun tourmates?

As a posse, they’re really fun. It’s good to be with cool people, because there are a lot of dickheads in the industry. The coolest people end up being in the biggest bands; that’s been my experience. Then there’s no reason for them to be dicks, because what have you got left to left to prove when you’re in The Killers? You’re there. 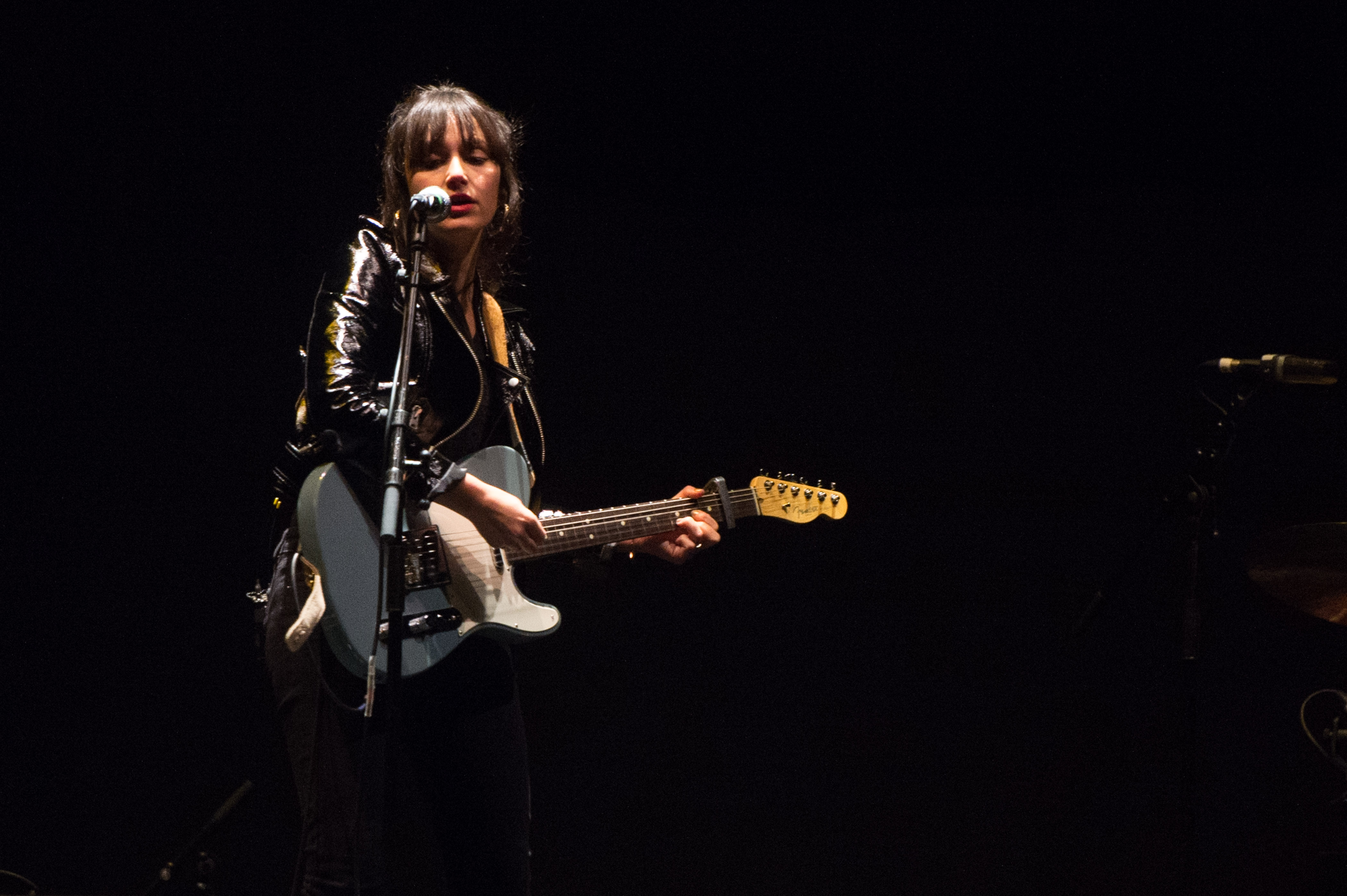 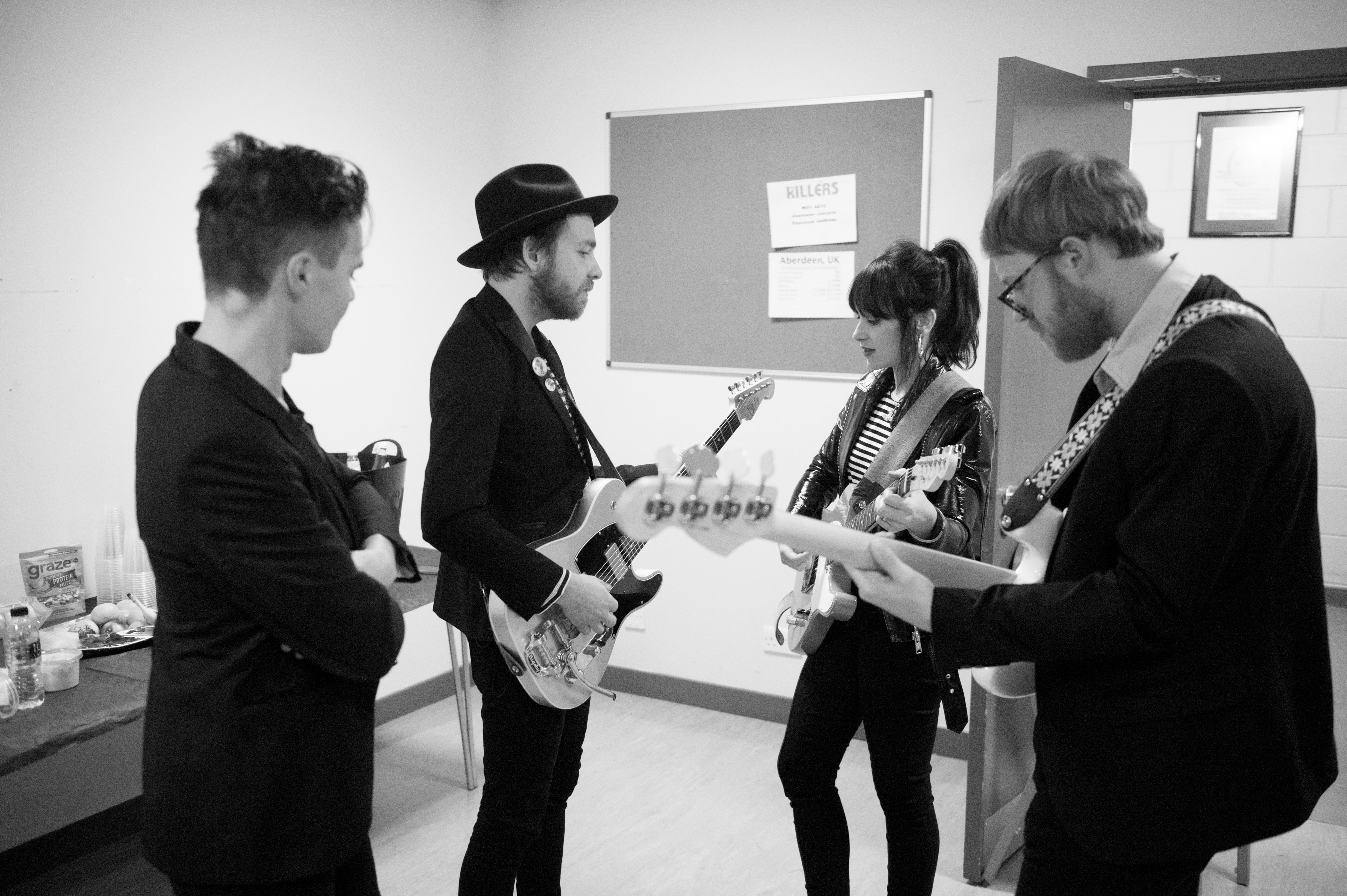 Why was now the right time for you to go solo?

It's something I'd been thinking about for a long time, and I knew there was never going to be a heavenly moment for it to be the right time, so I just had to go for it.

I [had my first child] in 2012 and it hasn't changed me – I still feel and think and do the same things – but what it has done is put the emphasis on different things and I'm really enjoying that. For the last 10 years, my baby was music and if anything didn't go the way I wanted it to then it was beyond devastating and your world was shattered. But now there are a lot of things I couldn't give a shit about and that's so great. [Music] became a bit more enjoyable for me. Before it was just fucking intense. Just to survive as a band is heartwrenching, and we survived for a long time which takes a tremendous amount of effort and anxiety.

You've seen a lot of changes in the music industry over the past 10 years of your career – how is it different being an artist now?

Just the whole social media practice is wild. We released our first record in 2006 and there was nothing to do. Imagine that! We released a record and then stepped back to see what happened. Now you're compelled to take a photo of every fucking sausage roll you eat, it's insane.

I'm not a luddite by any means, but there should be limitations. I want my favourite musicians to be elusive – I want to be intrigued by them and I think that's been lost slightly. I'm super, super romantic about everything. Everything's idealised, everything was better yesterday – that's always been how I am.

What is it about that nostalgia that draws you in?

I'm not a modern girl. I'm happy now and I'm intrigued by the past, but I'm just not attracted to futuristic elements. I find it very unsexy. And that's why 'America' [is as it is]; for me, there's nothing more nostalgic than the concept of vintage America. I feel like that's where pop culture shaped itself and that's what I find really fascinating.

Every time has a city where it's personified. Paris in the '20s, and for me America in the '50s and '60s. I find it really interesting that there's this time where an entire culture profoundly shifted, and went from being highly boxed up and conservative to being a nation of free spirits. From that spawned a counterculture that I'm forever obsessed with: music, art, film, performance art, everything just exploded.

It's a bit risky to put an ode to America out right now...

I didn't set out to write about America, but I wrote a bunch of songs and it dawned on me they were all about this love/ intrigue. Then the political climate shifted profoundly and it was totally accidental. But the America I'm talking about is days gone by, and maybe it's relevant to consider that now but I'm not going to talk as an Australian about the American political climate.

There's such a sadness involved in romanticising the past because it wasn't great for a lot of people, but there was so much beauty and I guess I'm trying to draw all of that out.

Juanita Stein supports The Killers this week on their arena tour, alongside a solo headline date at London's Shacklewell Arms this Wednesday (29th
November). 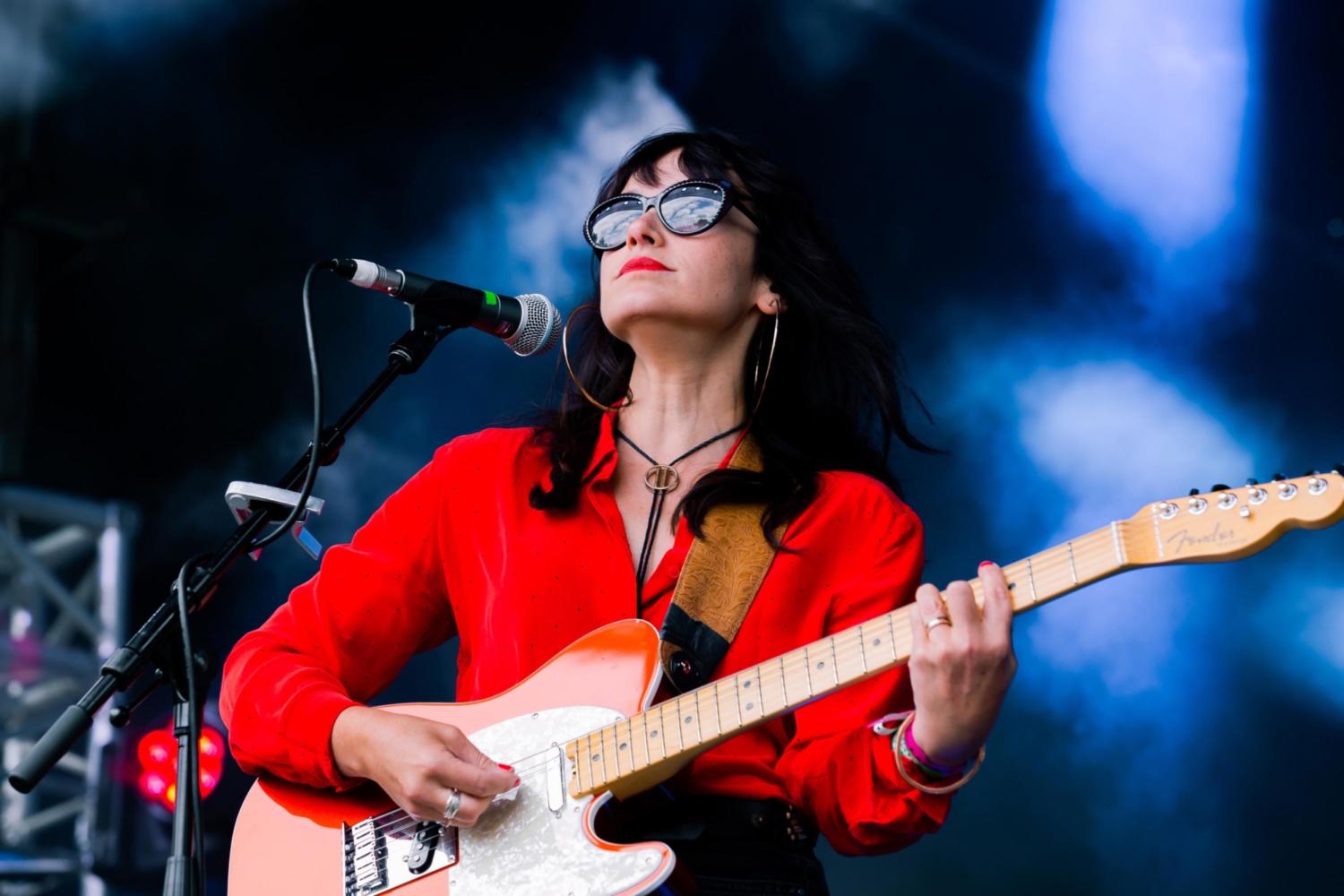 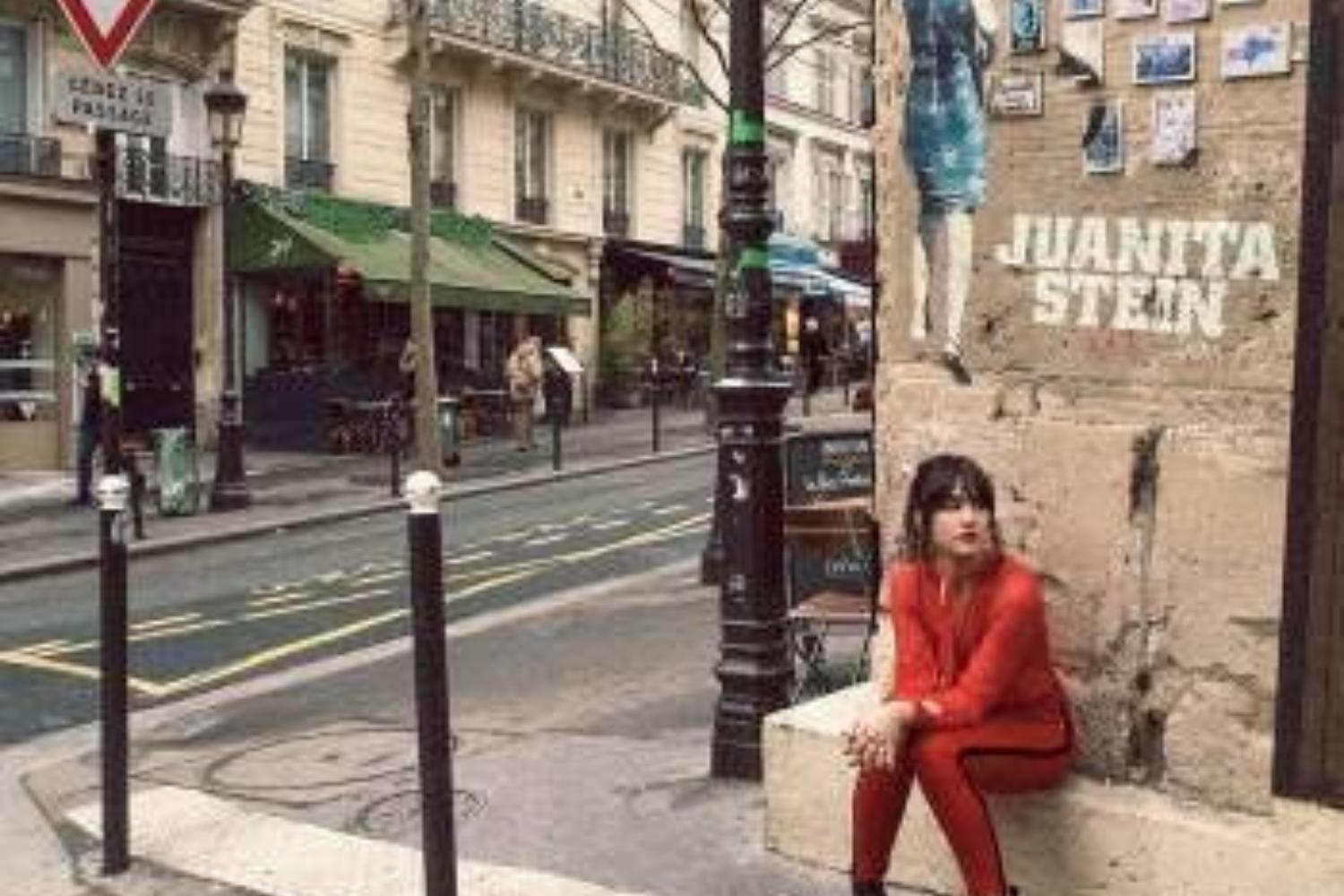 Juanita Stein – Until the Lights Fade

Largely recorded in Austin, Texas, over the course of a single week. 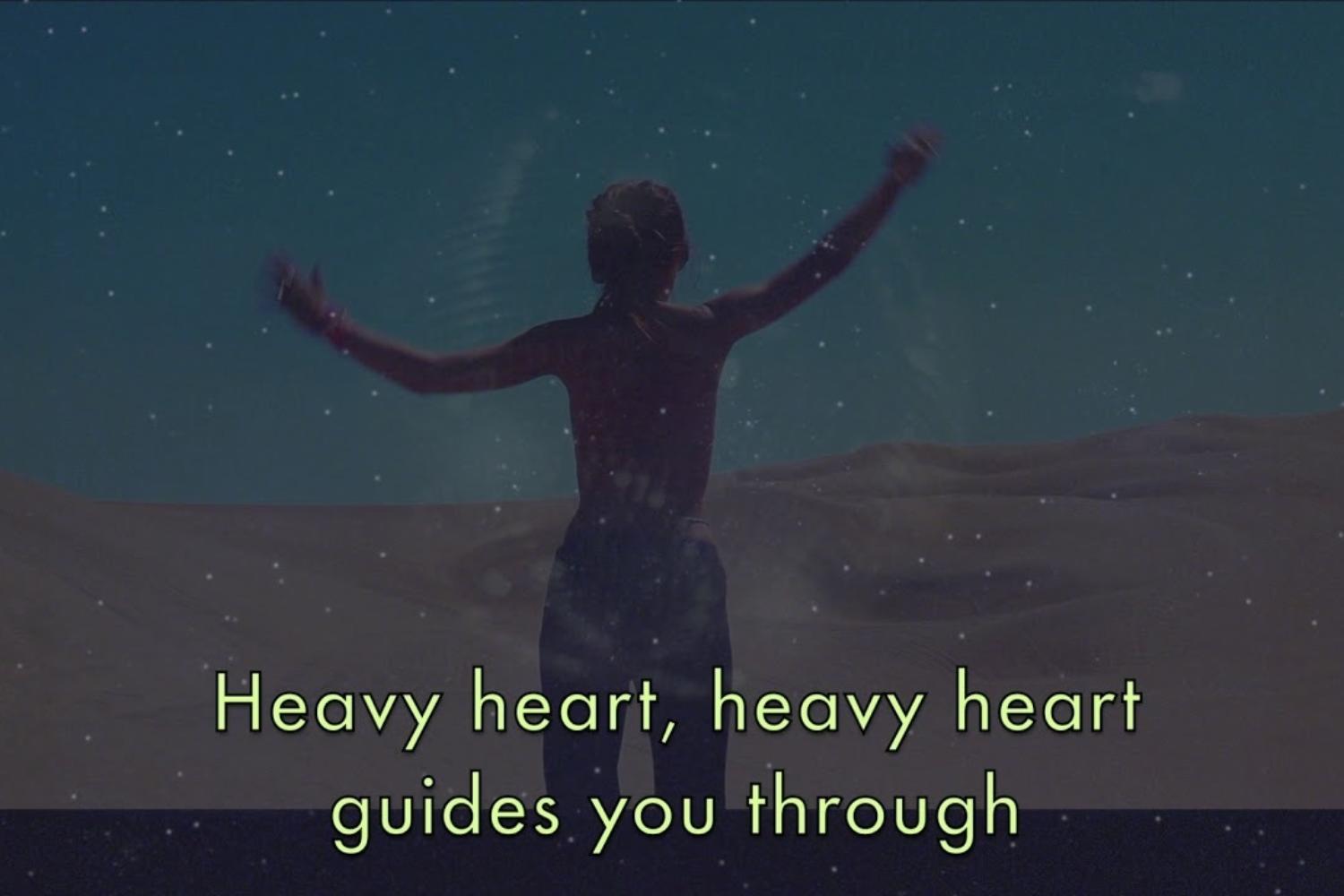 The singer’s new album ‘Until The Lights Fade’ is out next week! 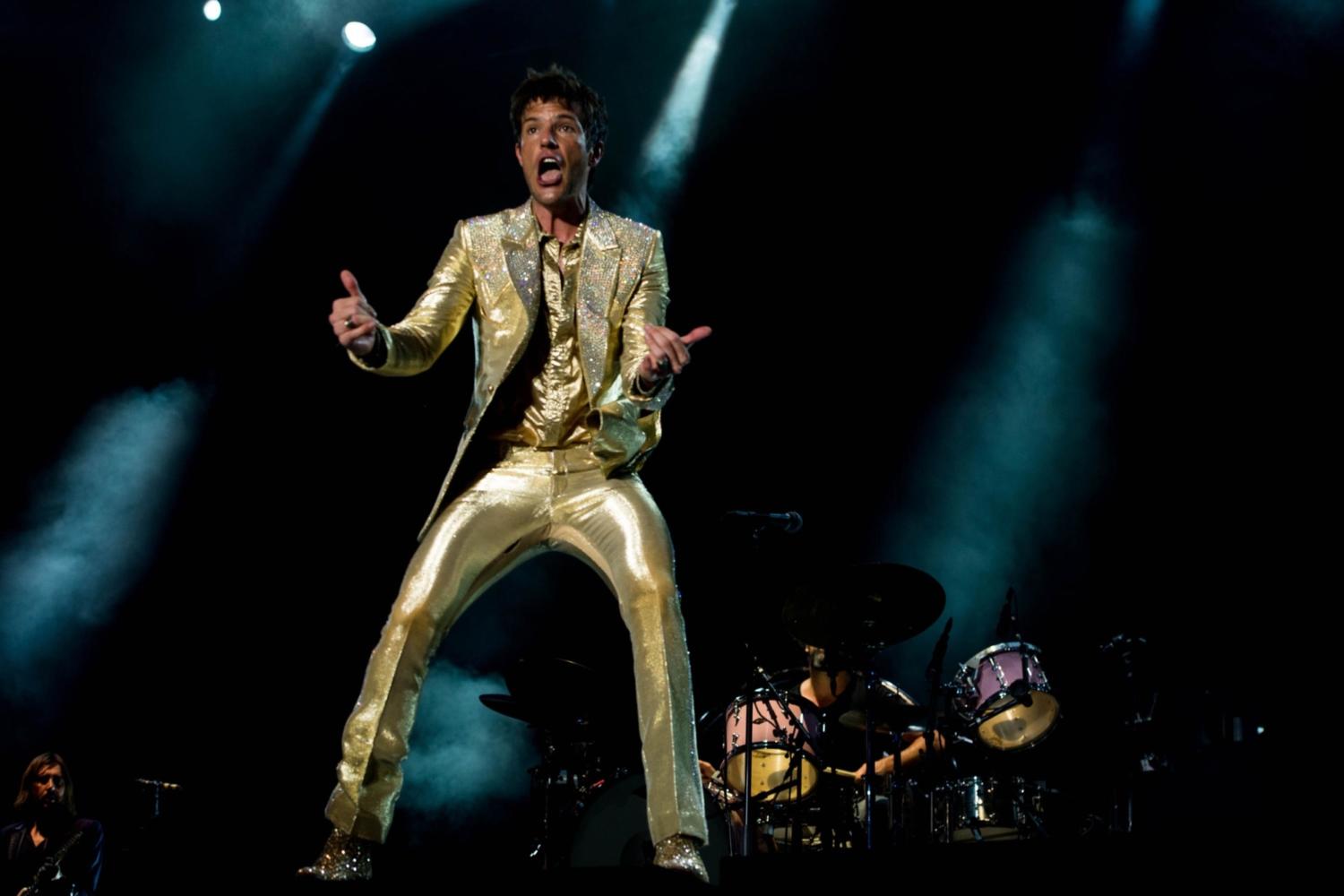 The Vaccines also slayed the main stage of the Spanish weekender.