Wakefield’s musical history might be inextricably tied to a certain three Jarmans, but over the past year or so, a new page has started to be written in the still-sparse book of the city’s guitar bands.

Holed away in an uncharacteristically grand old Georgian house-cum-venue-cum-practice space on “one of about two nice streets in the whole city”, Drahla have been honing their dark, intense take on indie-punk. Through debut single ‘Faux Text’ to the supremely exciting ‘Fictional Decision’ and new EP ‘Third Article’, they’ve strode out as one of the country’s most exciting and uncompromising new punk bands.

Drahla began when bassist Luciel Brown and guitarist Rob Riggs hit a dead end of making music in their bedroom in South London’s Crystal Palace and moved back up north to reconnect with old friend Mike Ainsley (drums) and create a new base in Leeds and Wakefield.

“It got to a point [with the bedroom project] where we thought ‘where do we go with it now?’,” Rob offers, hunched away in a corner of London’s Old Blue Last, a few hours before starting their year at the first show of DIY’s Hello 2018 series at the venue. “We were under a lot of limitations. We made the quick decision to move back up to Leeds and got back in touch with Mike, and had a practice the week after. There’s so much more freedom out of the spotlight.” 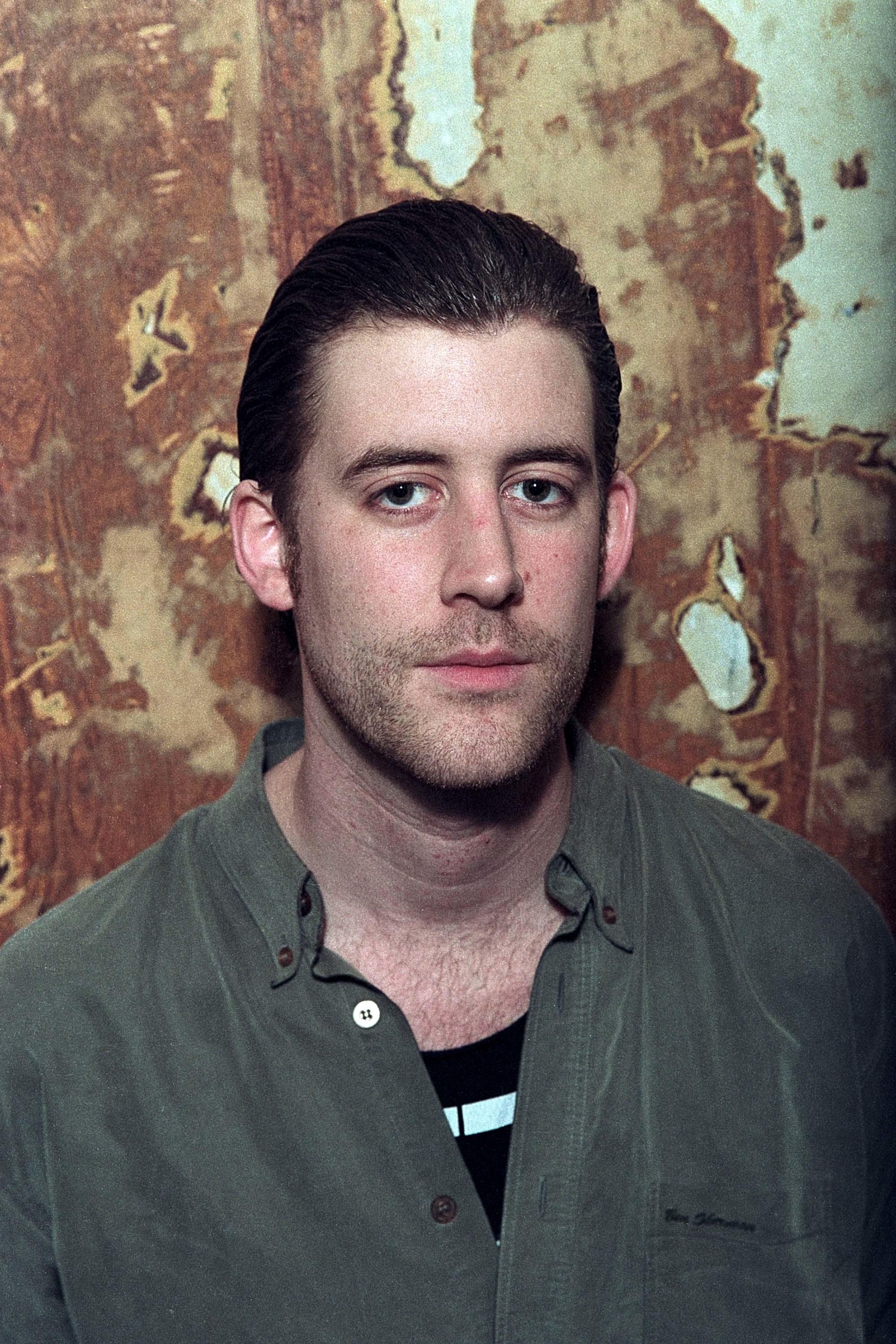 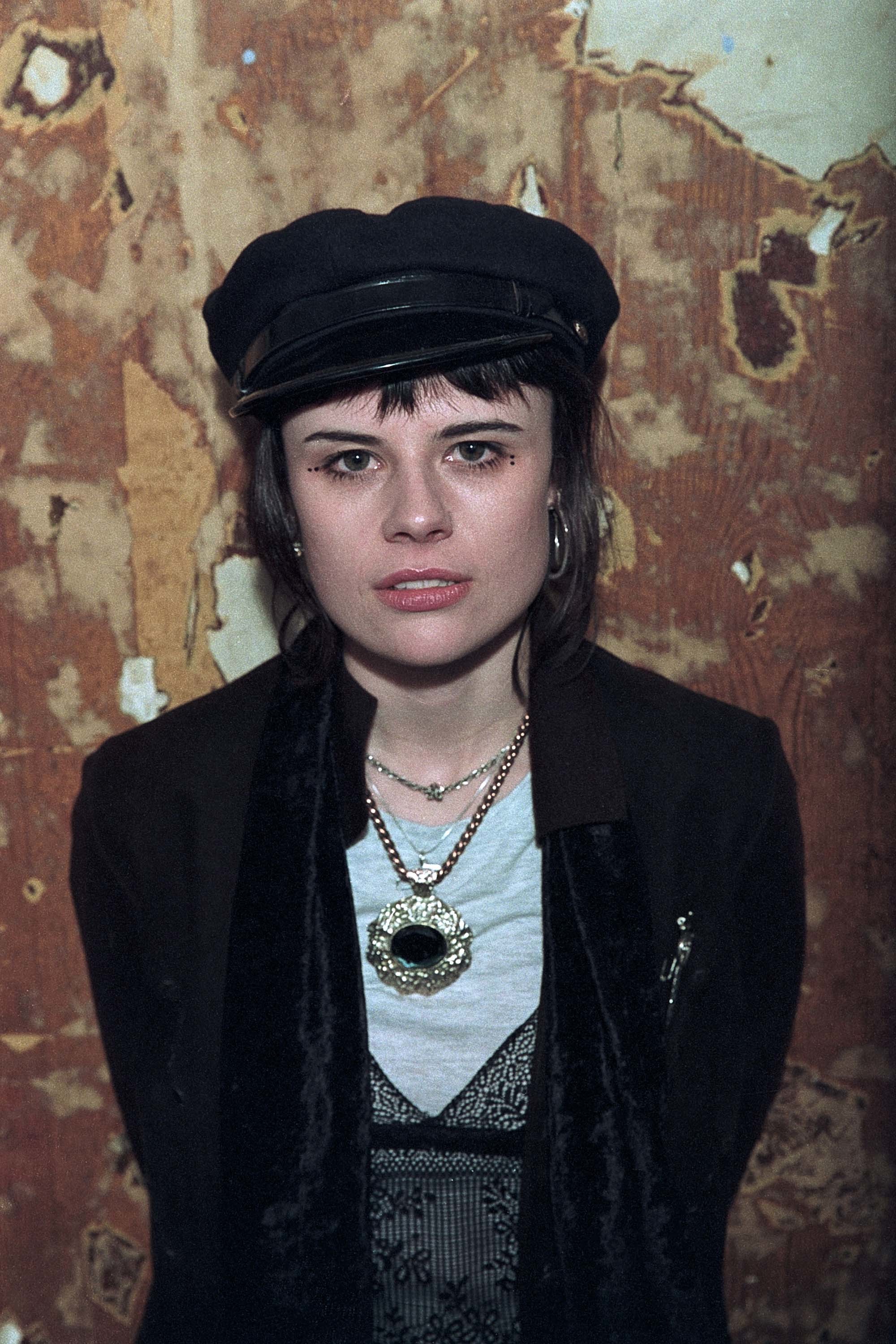 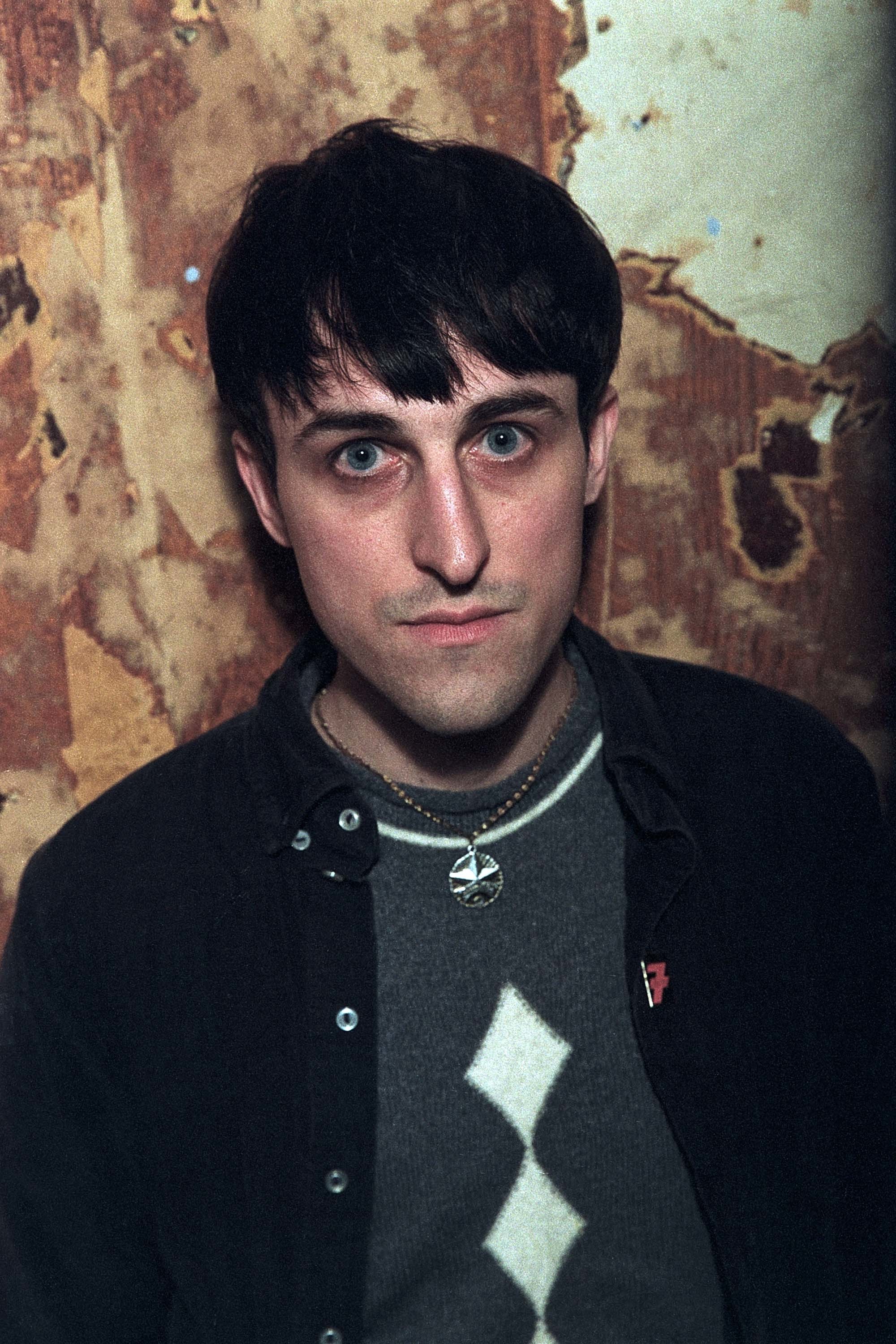 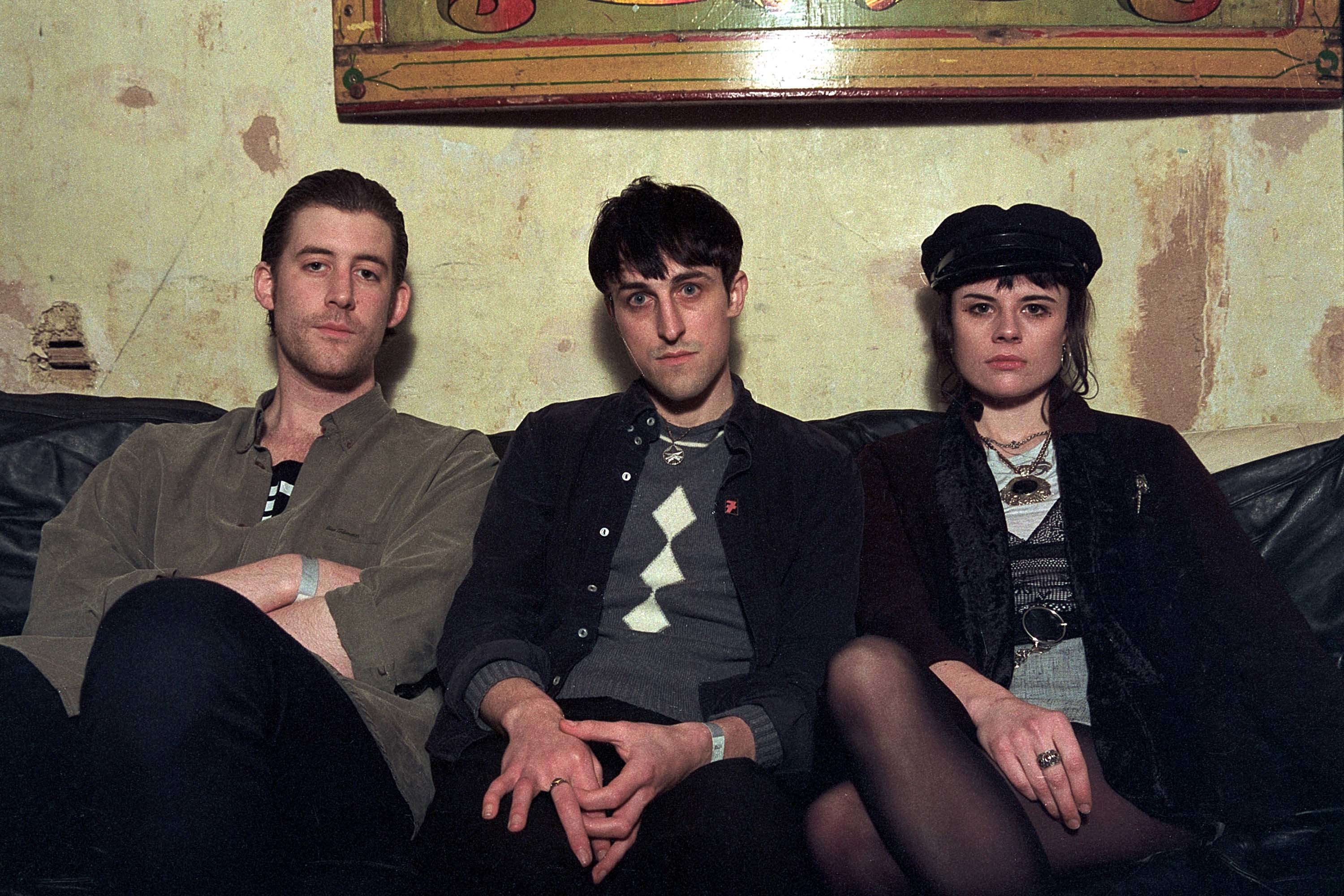 Luciel agrees that a lot of the drive for Drahla’s early material came from a feeling of lost time, and not being able to achieve what they were capable of in the capital, and there’s an untameable urgency to the band’s output, all set behind the bassist/singer’s unorthodox but captivating vocals. Spitting out line after line and twisting words and syllables in each and every direction like they’re play-doh, it’s teamed perfectly with razor sharp guitar and Mike’s thundering power behind the kit.

It made perfect sense, then, for the band’s first tour to be alongside Sub Pop thrashers METZ. “For our first ever tour, to be able to go out and play in France and Spain and beyond, and with such a good band, was completely wild,” Rob reflects, and playing every night for multiple weeks has made the trio an impeccably tight, spiky live band - a few technical hitches derail the first song of tonight’s set, but they’re already a resilient bunch, and hammer through the rest of their half-hour with fervour and power.

As with so many DIY punk bands across the country, the band went to the scene’s go-to producer, MJ of Hookworms, at Suburban Home in Leeds, to mould their sound. “We can’t overstate how much of a help he’s been,” Luciel begins, before Mike admits that the band probably wouldn’t be where they are now, and looking forward with such confidence, if it weren’t for the help the producer has poured into the early stages of the band. “He totally gets us.” 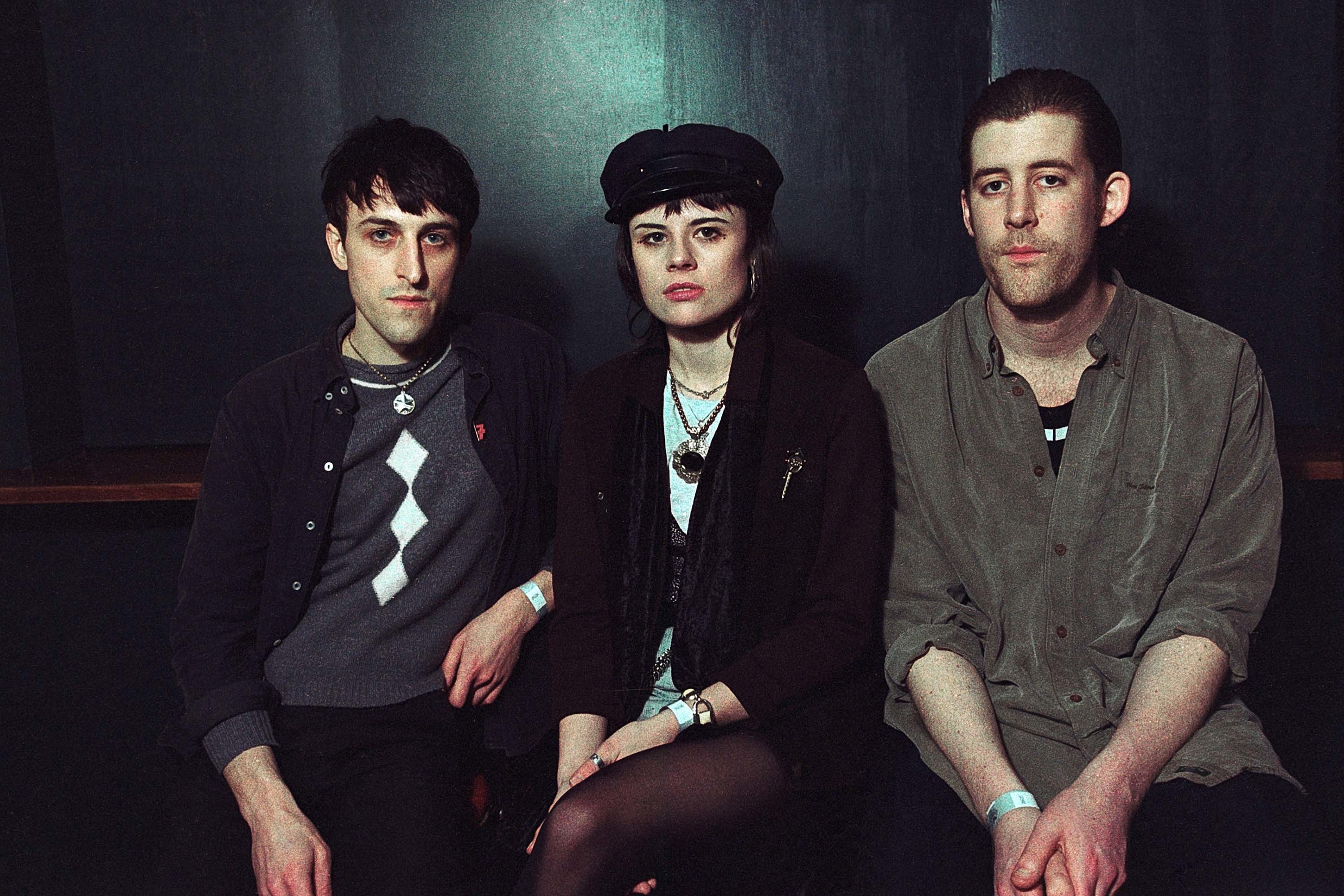 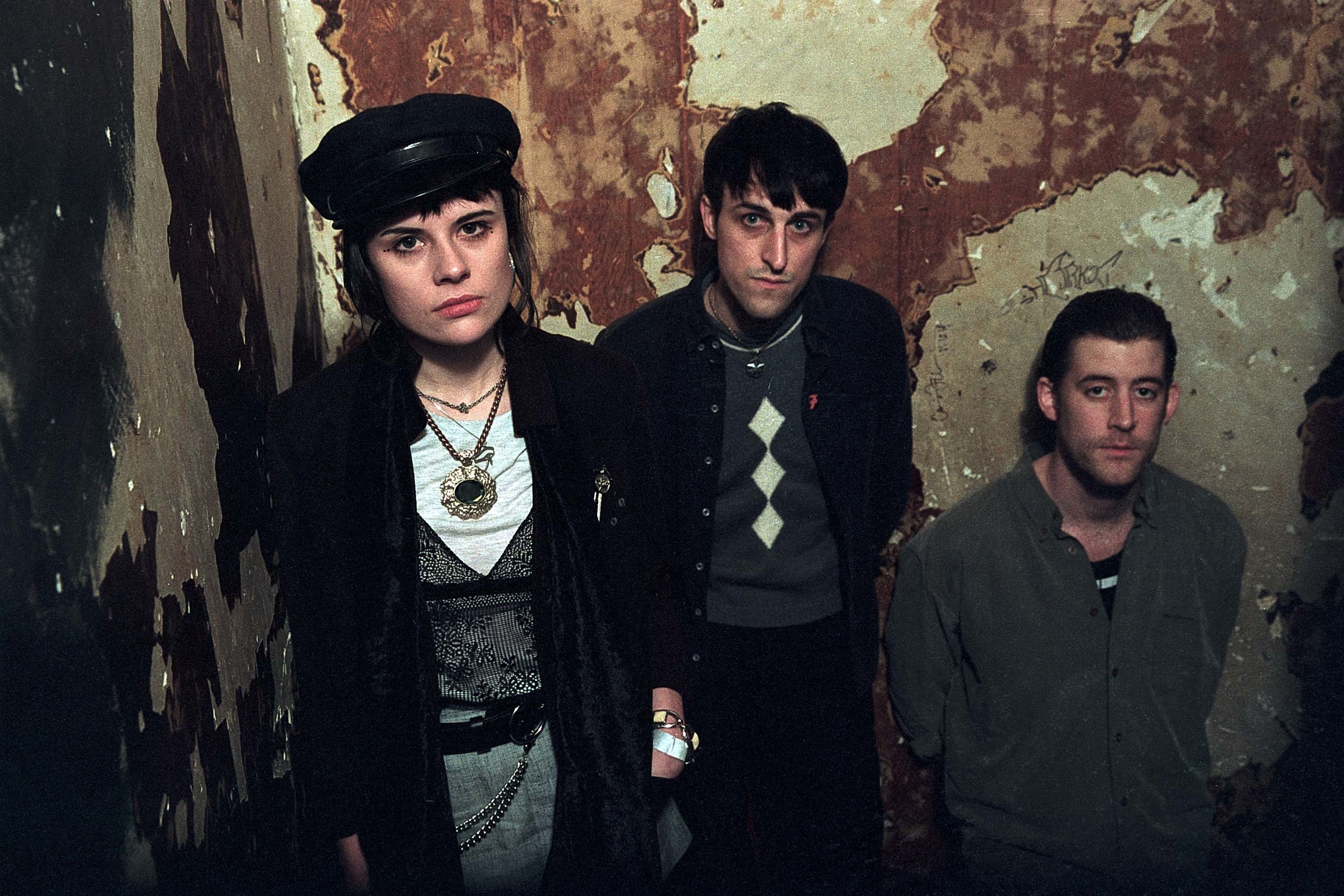 “There’s so much more freedom out of the spotlight.”

‘Third Article’, released back in November, is a natural and satisfying progression for the trio, with lead track ‘Form of Luxury’ using restraint as its main weapon: Luciel’s vocals make far more noise in her spoken drawl than an untamed scream would. It also means no lyric is lost in the mix or misheard.

As if some sort of dream, the band’s next tour - which comes in between a series of studio sessions with MJ, working towards a one-off single and then, eventually, the band’s debut full-length - is alongside Montreal punks Ought, who just happen to be Luciel’s favourite band.

“It feels like a massive deal,” she says of the upcoming April run. “There's a lot more pressure on this one [than the METZ tour] I feel. That one was mostly excitement, but we're so influenced [by Ought] that the fact they've asked us to play is amazing and terrifying.”

Already slotting in perfectly alongside some of the biggest players in the punk game, Drahla are quickly becoming your favourite band’s favourite band, and with ideas coming thick and fast for the follow-up to ‘Third Article’, and a live show that’s fast becoming unstoppable, they’ll be yours before long too.

The album is released in May.

Whenyoung, FEET and Black Midi have also been added to the Dutch festival’s line-up.