Listen to the record in full below, and read a track by track guide through the album from Joey.

We worked on this song for a very long time, probably even longer than 'Get Terrified'. It’s been around for quite a few member changes but always stayed pretty close to the demo, which was itself a Frankenstein thing made out of an intro of mine and an outro of Josh’s. That happens quite a lot - that we have similar ideas lying around that we never showed each other. In a lot of ways we’re very different but we can kinda read each other, musically. This song is at the start of the record because it’s about me moving from one part of my life to another. Lyrically this - like a lot of our songs - is essentially a stream of consciousness, like a dream. Rather than being about one event or person, it’s more like a sketch of a feeling I’m having at the time and all the things it reminds me of. The line "there is no payoff, I think it’s just as well" is a reference to the speech at the end of the movie ‘Razor’s Edge’.

My favourite little bit in this song is the piano part in the prechorus and chorus. I had a really strong note for Connor that I wanted this cheesy pop quarter note piano part, I was worried it would sound too crass but it sounds fucking sick. That and the way Sean offsets the rhythm at the end of the chorus is a really nice subversion of your expectations. Lyrically it’s expressing hopeful frustration at the nosedive the UK has been in since Thatcher. I’m angry that the monster of privatisation has been allowed to come this far, and hopeful that through collective action it can be put back to bed.

This is about trying to take the frustration expressed in 'Gold Rush' and trying to make something of it. That’s what the whole project of itoldyouiwouldeatyou is about - taking the worst parts of all our lives and trying to make something lasting and helpful for others. This song is about putting your pain into something that might make a positive change. Of course you don’t have to do that, some pain doesn’t work that way, but it’s good sometimes. Josh was originally apprehensive that I dug this demo out of his Google Drive folder of tracks, as he didn’t really like the instrumental. We spent a lot of time in a room as a band workshopping this in Yr Poetry’s rehearsal space in Birmingham. We just made it more fun to play and less predictable. My favourite part though came right at the end when I added the glitchy 808 hi hats on the prechorus. That’s always fun. They pop up on 'Gold Rush', too.

Josh! Does! A solo! In this song! And it fucking slaps? I’ve been trying to get Josh to do something like this for ages, and as usual he knocked it out the park. This one was kinda made in the studio. Josh had a strong demo and the band just kinda learned it, putting little changes in as they went. Then I recorded the vocal last writing it pretty much in the room. Fun fact about this track is that it’s one of a couple on this record where Sean plays bass instead of Ollie. The bass we wanted to use was in Leeds, and so was Sean, so Ollie outsourced the parts like the little business guy they are. Lyrically this is partly inspired by Vladislav Surkov’s short story ‘A Cloudless Sky’, which is about a group of civilians so used to war being around them that their perception of the world around them changes. It’s how I think a lot of people my age feel sometimes. Like there’s a lot of nasty stuff happening in our name and we’re only scratching the surface.

Gathering Things Together And Not Dividing Them

I had the idea for the beginning of this sitting on my laptop for a while, but I needed Josh to finish it, which is the case with a few of the tracks on this record. Josh and I have been writing together for ten years this year, so we’ve learned how to finish and polish each other’s ideas into something worthwhile. Lyrically I‘m talking about a very hard time in my life where I had to confront an abusive person. Then I kind of flesh that feeling out and try to mourn my memory of what happened to me in that part of my life. Sometimes good dreams hurt more than bad ones, if that makes sense. This track has my favourite part of Holly’s on it. Their singing over this super old riff josh has been playing in rehearsals for ages. I had given up writing for it cos it’s so complex I thought it should just stand on its own. Holly went away with the tracks for, seriously, like a week and came back with this perfect, understated vocal that sits on the slight modulation and rhythm changes perfectly. That’s Holly to be honest. A fucking pro right there.

This guy! This fuckin’ guy! This song was the only one off the 'Get Terrified' EP to make it on to the record, mostly because it’s the closest to the rest of it lyrically. I tried to lay out the latter half of the record more like poems and stories and 'Get Terrified' was my first (or at least closest) attempt at that.

I’ve been over and over in my head trying to work out how to express what this song is about. It’s lots of snapshots of memories, mostly very bad ones. To stop myself being overwhelmed by all those things, I remind myself to breathe. But there’s still a voice in there reminding me that all that stuff is still with me. I find it all quite hard to write about so I also wrote this a bit thinking about Wilfried Owen and Siegfried Sassoon spending time together, alone in Craiglockhart hospital. This is another one where Sean played bass. This took by far the most work to get it sounding right. It was Connor that saved it from being cut; he sat down and recorded all of these beautiful keyboard and string parts. At the same time I recorded the end vocal and it finally all came together. Connor fully made this song what it is. Our friend Will also added the low vocal parts at the end because turns out pretty much no one in this band is a baritone.

This song is another good example of a track being started by me and finished by Josh. I always loved the first half of this track but I had no idea where it went other than that I knew Josh would know. After having it sit around on my phone for ages I finally showed it to josh when were demoing for ‘Oh Dearism’. He added that incredible riff in five and some ornamentation. Then we took it to the room in Birmingham and hashed it out. I suggested the modulation in the middle to take us into the instrumental which had been floating around as a separate instrumental for ages. There’s something about that section that always made me want to cry, and the rest of the song already did that so I knew it would fit perfectly. It’s about the first evening I spent with someone I used to be in love with. I describe how I felt excited and purposeful in a way I hadn’t before. That feeling is so rare for me (and not always romantic) that I describe it as like Greek fire, burning oil on the surface of water, an anomaly. At the end as it all builds the memory goes from bittersweet to calm, 'cause all of that stuff ended up coming together in my life to teach me one thing at least: I’m no boy.

Goodbye To All That

The instrumental to this was written by Sean and Lex over a couple of rehearsals. It’s so fun and complex and kinda pastoral and cheeky, I wasn’t sure there was a melody that could convey how it made me felt. So I tried to make a world around the sounds they wrote for it. Fun fact: Woody from Polar was going to do some yelling on either this or 'Almost Zero' but we couldn’t make our schedules work. We’re gonna try and get him on the next one though. The number of features we “almost" recorded on this thing is silly. I don’t want to spoil any more though because we’ll probably wanna cash those favours in on the next one! This is a parable about a few different friendships and relationships I’ve had. It’s about how sometimes love is time-sensitive. You can have a perfect time together and after it ends, it can still always be perfect in your mind, because it was then. I try to lock that feeling into the meaning of the record. Because if I can say how it feels there, some record of it will always exist. I remember after my first ever break up at age 17, I was distraught. I remember crying so hard and getting out an old notebook so I could write exactly how it felt. I wanted to never forget. This record is really just a scaled up form of that process for me as an adult. Just trying to record how it feels before I forget. 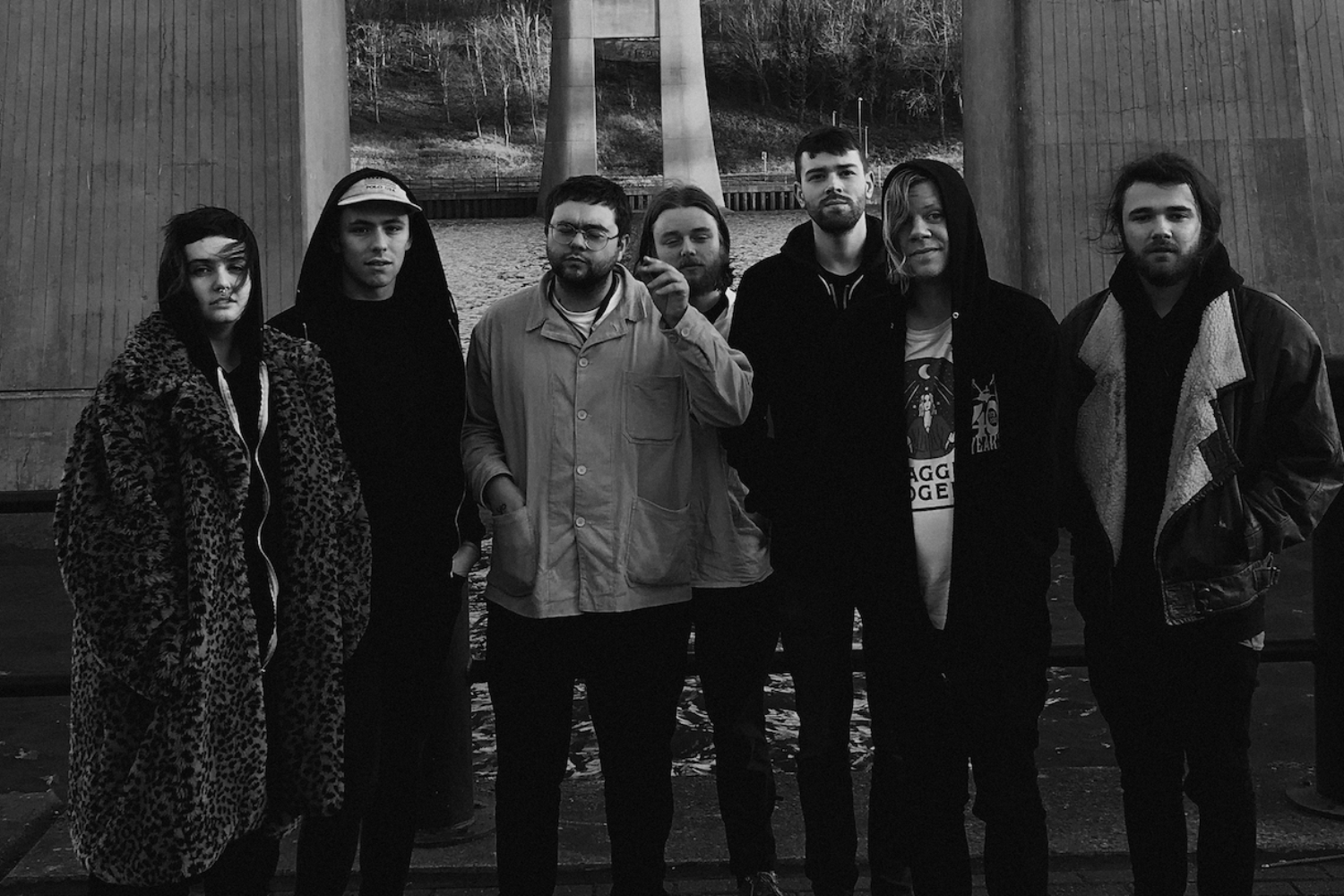 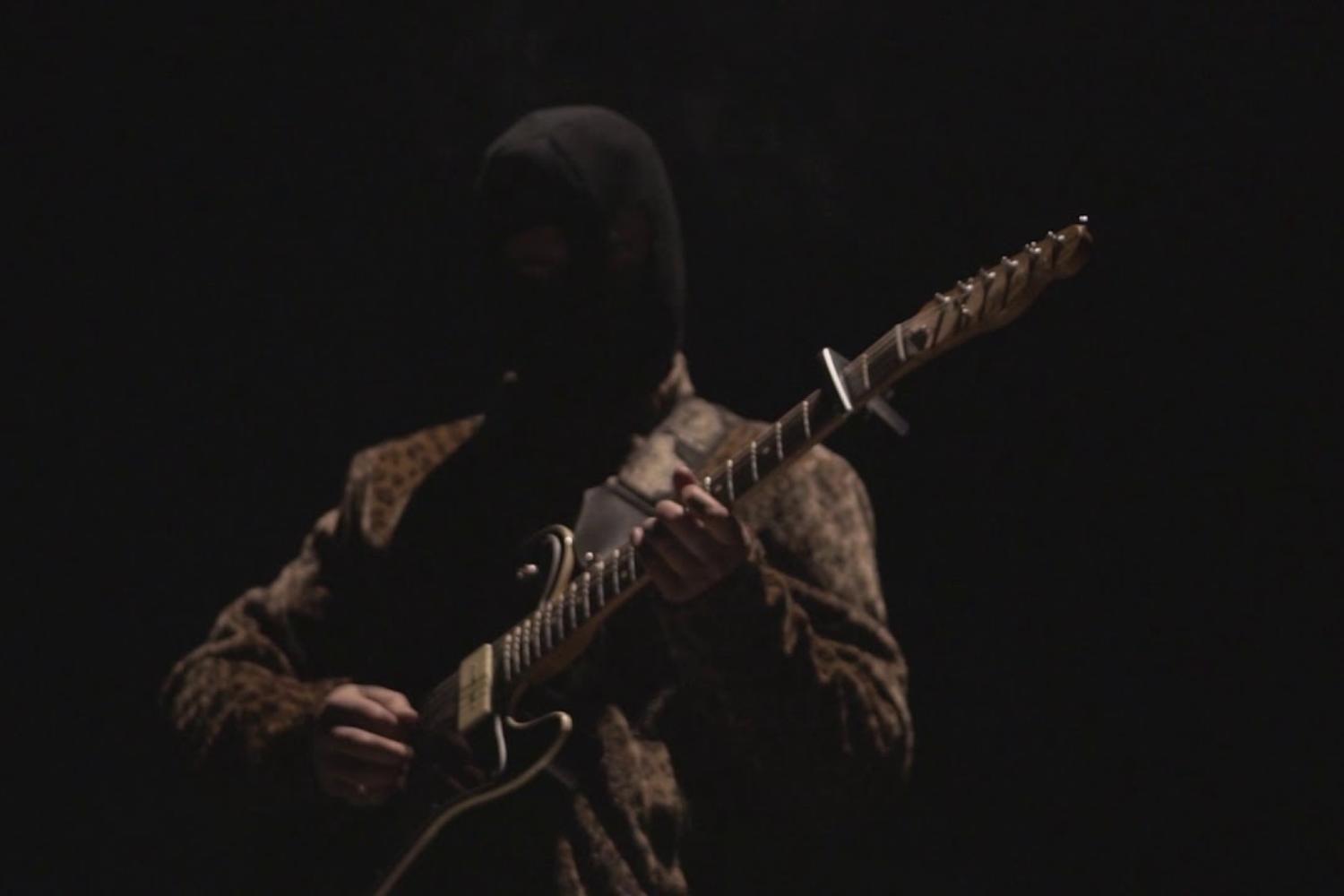 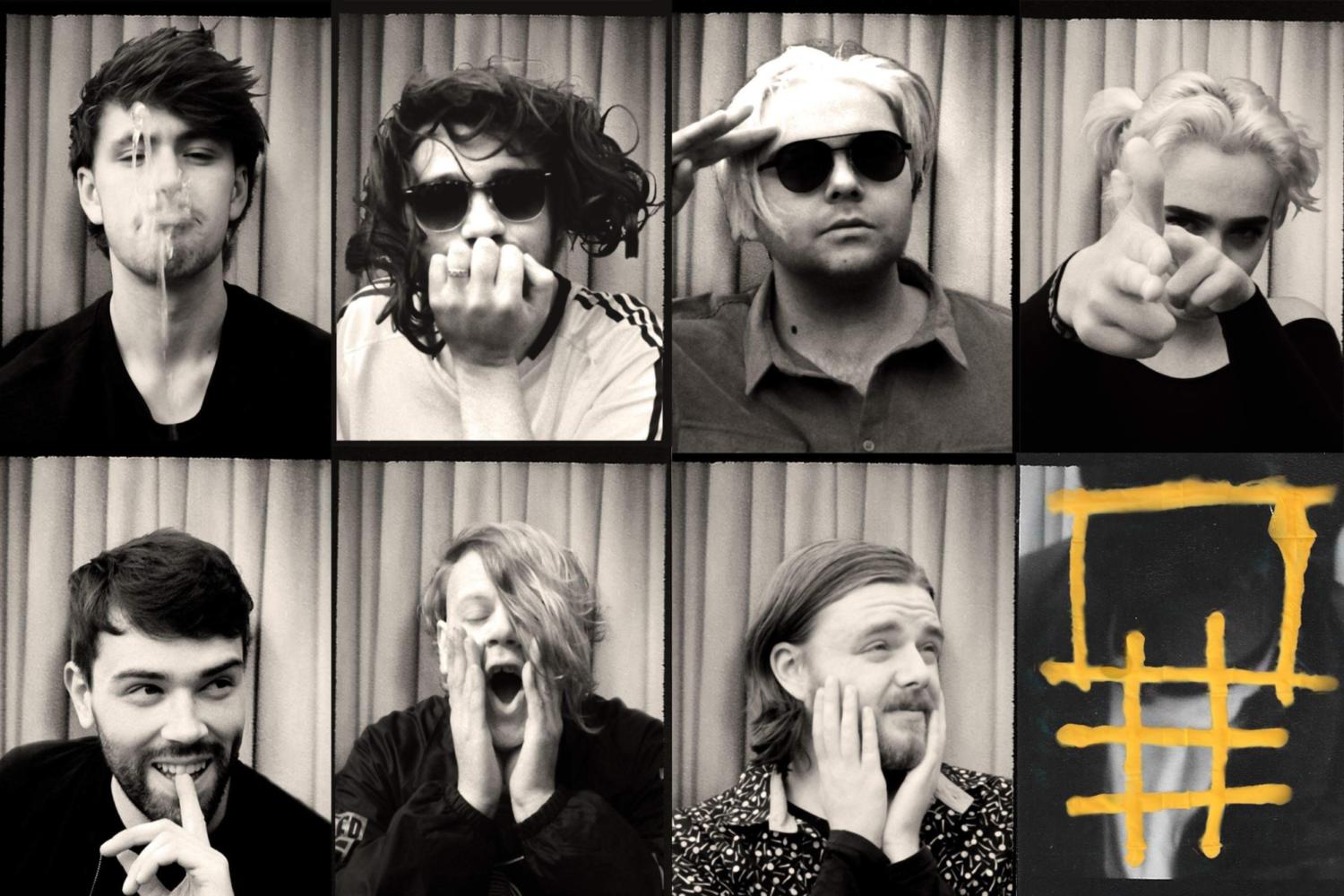 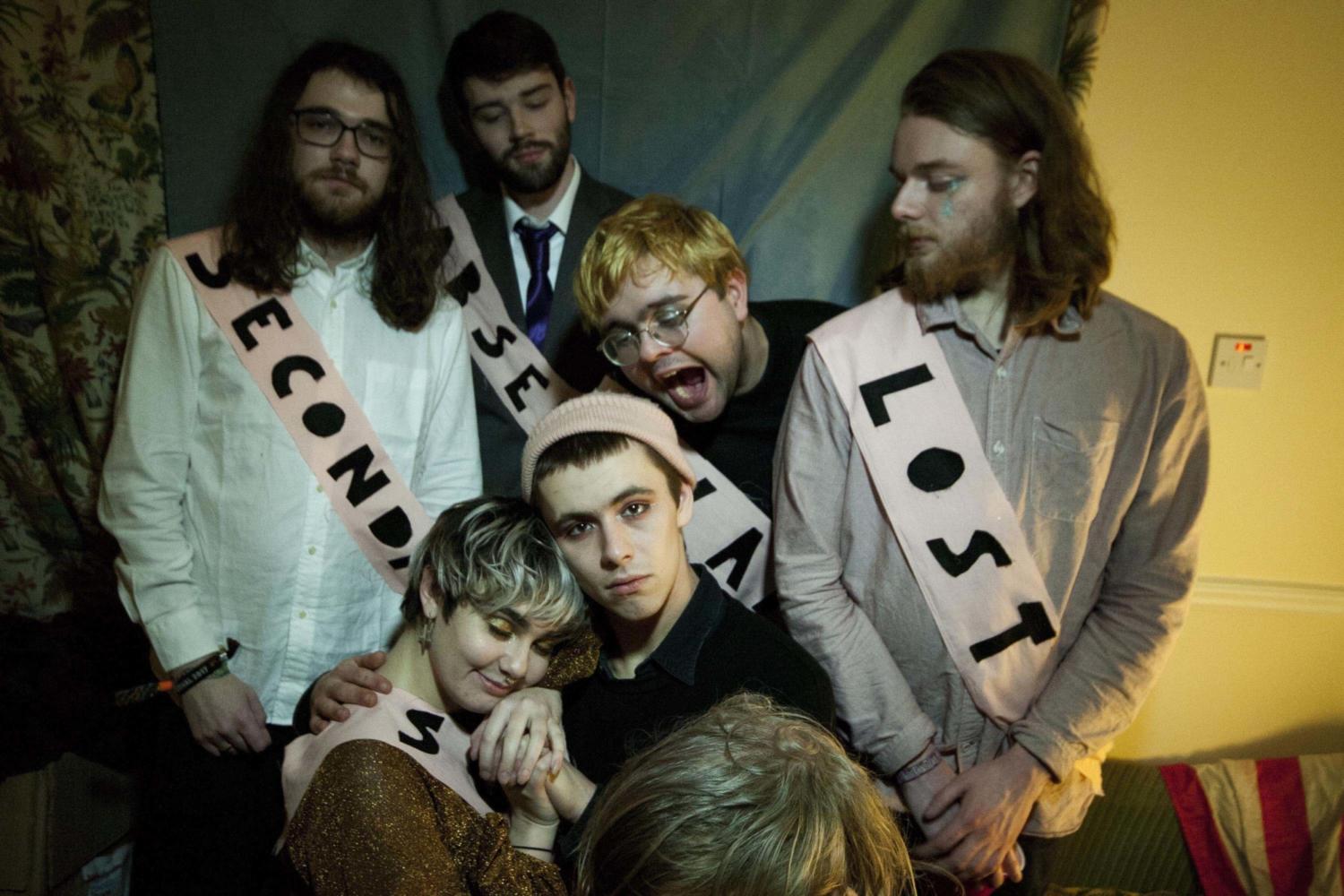