It starts with the sound of broken glass. An inauspicious beginning to any new undertaking, you’d imagine; but when it’s the first noise on the new Queens Of The Stone Age record, breaking the silence and bridging the chasm between 2007’s ‘Era Vulgaris’ and 2013, which gives us their sixth studio album, it takes on a different significance – and a cold wave of something between compulsion and apprehension creeps over you. What do Josh Homme and co. have in store for us?

With its spectre of a man in a grinning death mask with his arms (and cape) enfolding a tearful woman, in a macabre reimagining of Klimt’s The Kiss, ‘… Like Clockwork’ is indeed a diabolical timepiece: but it’s not really about time. It’s about love and the terrifying depths of hell it can send you spiralling into. As such, locking in to the 45 minutes of running time over which the album’s ten songs play out is an emotionally brutalising journey, and there’s nothing to prepare you. The searing honesty and bleeding vulnerability that’s woven throughout is almost shocking in its purity and intention; it’s like Homme has cut out his battered but still-beating heart and is not only confronting you with it, but is forcing you to hold it and feel it. It’s a powerful, and at times, intensely uncomfortable experience.

Opener ‘Keep Your Eyes Peeled’, a menacing, detuned, bass-driven dirge with Homme’s voice flickering between dangerously seductive and choirboy angelic, sets the scene of a darkening dusk in QOTSA’s world and battening down the hatches for the horrors of the night to come. ‘The Vampyre Of Time And Memory’, a simple keys-led melody punctuated with synth, vaguely recalling the deft touch of Radiohead’s ‘Talk Show Host’, begins to plumb the depths of heartbreak with a vengeance. Homme hopelessly wonders: ‘Does anyone ever get this right? I feel no love’ and in the most underwhelming and ironic declaration you’re ever likely to hear: ‘I’m alive… hooray’.

But at least he isn’t dealing with it alone. Taken from a Greek word meaning the delusion of things being more beautiful than they really are, ‘Kalopsia’ is a deceptively mellow ballad crooned in a smooth, lounge singer-style, with a plinky piano line played by Trent Reznor – before the drums and electrics kick in and it shifts into a wonderful chaotic, crashing, breakdown of a chorus; in opposition to its title, it’s actually far more beautiful than it first seems. It’s ‘Fairweather Friends’ however that features the biggest roster of friends and notable names from the world of rock, a thumping, piano-led number that still can’t escape from the matter at hand – with Homme asking in frustration ‘What’s it gonna take? To get you back in bed’. Mark Lanegan’s iconic sneer rises above the crowd every now and then, and Queens make good use of having a real queen for once with Elton John: his baroque ‘n’ roll piano hammering is suitably bombastic and embellished with a Middle Eastern flourish. But these much-vaunted and discussed cameos are fleeting, shadowy, and difficult to register: a kind of auditory blink-and-you’ll-miss-it. Reznor’s vocals on ‘Kalopsia’ are barely audible, and ‘If I Had A Tail’, the runt of the litter, doesn’t seem to capitalise on having Arctic Monkeys’ Alex Turner, or even worse, Homme’s former brother-in-arms, and human chainsaw, Nick Oliveri (though it does feature a whispering demonic voice towards the end, that chills to the bone).

In case it sounds like it’s nothing but oppressive and suffocating sadness, it is put on pause now and then. A rare moment of levity comes in ‘Smooth Sailing’, a filthy-sounding sex-funk jam in the sleaze-rock mould of Eagles Of Death Metal, with the lyrics to match (‘I blow my load over the status quo’); it almost sounds like a twisted duet between Homme and Eagles’ frontman Jesse Hughes. The pounding, anxiety-laden hook of ‘My God Is The Sun’ is pretty well established in everyone’s consciousness now, and its defiant phoenix-rising-from-the-flames arc and thunderous aura is classic QOTSA, similar to ‘First It Giveth’. And even though it’s a heartbreak confession, ‘I Sat By The Ocean’, coated in a sunshine glaze, is a sure-fire radio smash. A laid-back, summer-soaked homage to love gone bad under the Californian sun, wielding a deliciously addictive riff and sweet guitar bends that’ll lodge in your head on heavy rotation. Homme might be singing how he ‘sat by the ocean / and drank a potion baby to erase you’, but hey – at least he can go to the beach.

But ‘… Like Clockwork’ is at its core a dark masterpiece, and nowhere is the realisation of this more complete than on ‘I Appear Missing’. Devastating in its breadth and range, and possibly the best thing the band have ever done, it’s a sonic vision of night terrors of the soul made flesh, set to a pendulum-swinging rhythm, hypnotic and euphoric in its misery. When Homme cries ‘Shock me awake / tear me apart / pinned like a note in a hospital gown’, his voice tears through you like a ragged bullet. ‘It’s only falling in love because you hit the ground’ he concludes, with grim cleverness. At the end of its six minutes, it’s hard not to feel like you’ve been submerged in a nightmare landscape and woken covered in the cold sweat of fear. Even the album’s closer denies us any pittance of comfort. ‘… Like Clockwork’, carried by a lone falsetto of utter desolation ends on a discouraging note, admitting ‘most of what you see my dear is purely for show’ and quietly opines that when it comes to love, ‘it’s all downhill from here’.

It should go without saying but it needs to said: this is an intricate, jarring and complicated piece of work and is undeniably brilliant. Queens Of The Stone Age should be unashamedly proud of what they have made here. Not only for the pain and fragility that’s put on show but for having executed a rock ‘n’ roll confessional with such devastating flair: there really is beauty in the breakdown. No, it’s very much not ‘Songs For The Deaf’ part two, and nothing like ‘Era Vulgaris’, so the fairweather fan might feel bewildered by what they’re confronted with. Josh Homme’s evident growth as a songwriter is clear from the lyrical profundity on offer, not to mention the range of emotional response his vocals are capable of drawing. So while the brawling, teeth-gnashing, hip-swinging, cocksure swagger of their muscular brand of desert-rock has no doubt been interrupted by storm clouds rolling in on the horizon and unleashing a downpour no one saw coming – make no mistake: Queens are as brutal a force to be reckoned with as ever. It’s enough to make you fall to your knees and weep. 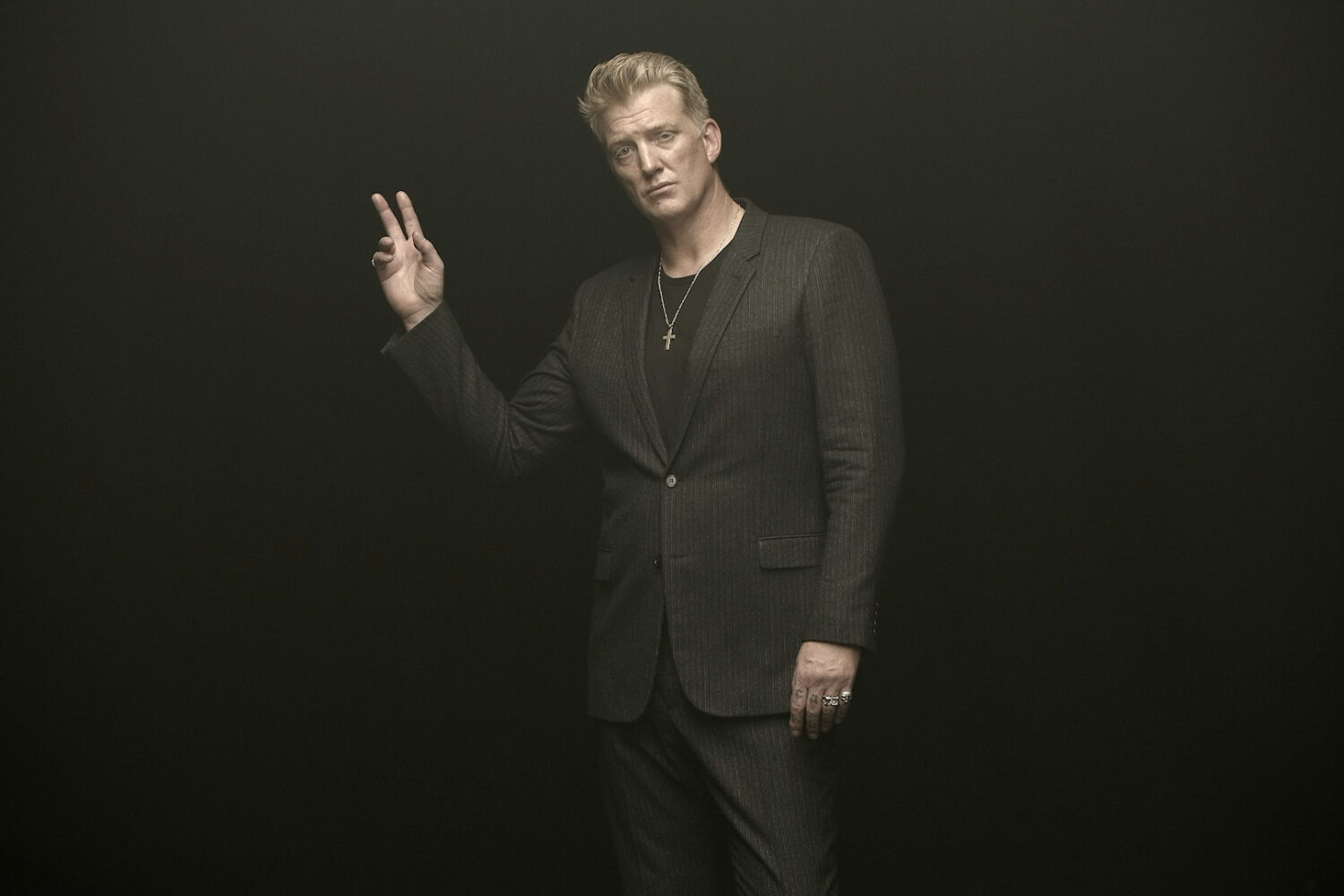 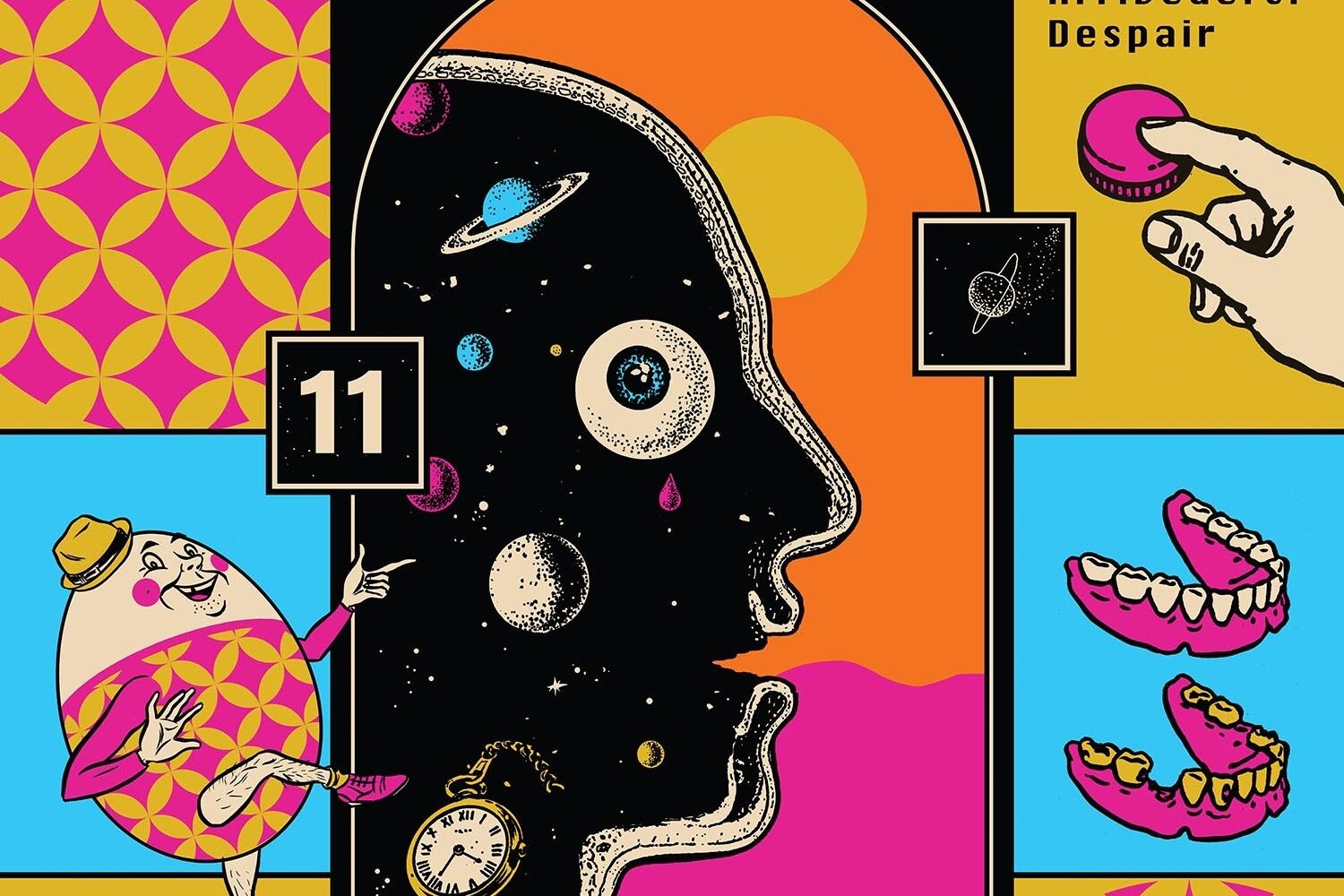 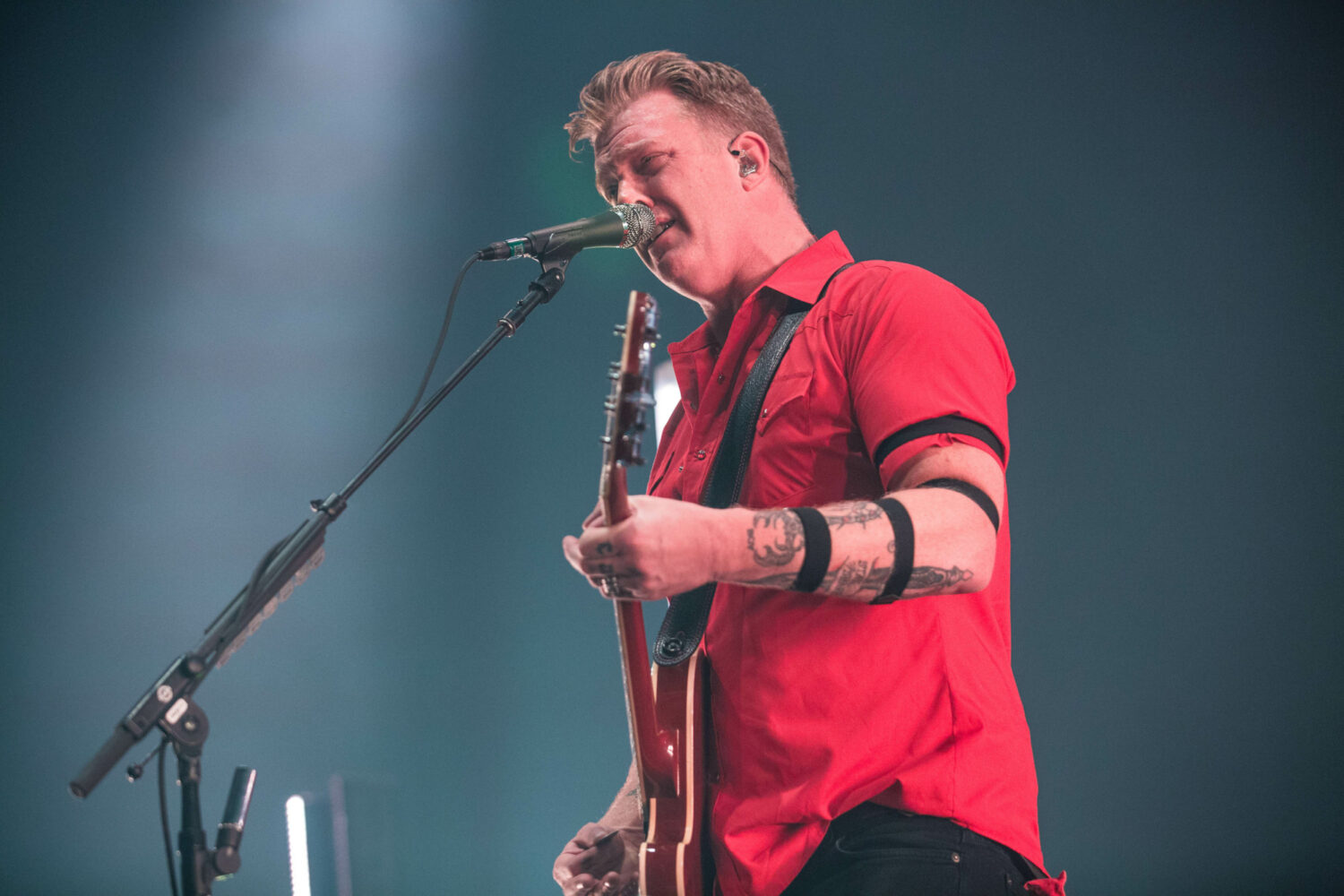 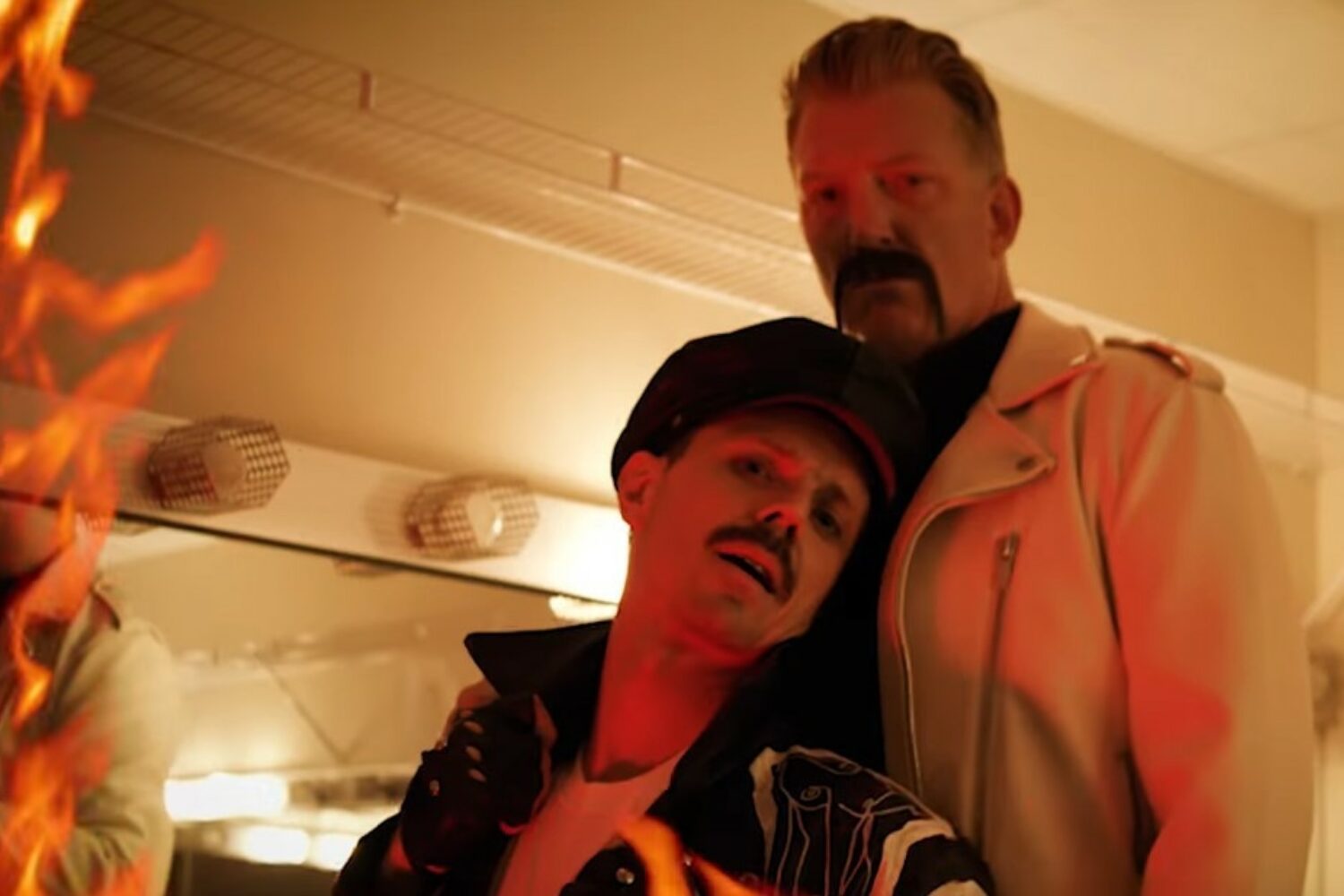