Primavera is a pretty dreamy place to attend a music festival at the best of times. It doesn’t really get much better than sipping a sangria underneath Parc del Fórum’s sharp concrete angles as the sky slowly turns the colour of Aperol; unless of course you’ve got a bloody surprise Arcade Fire set kicking off right in front of you at the same time, decked out in snazzy matching jackets and intent on prompting the weekend’s first fiesta. First up is ‘Everything Now,’ the title track from a new album the band announced right before this very secret set. A disco-stomping amalgamation of ABBA’s ‘Dancing Queen’ and Win Butler doing his best Andy Williams impression, it also sees the band sampling Francis Bebey’s ‘The Coffee Cola Song’ (with the help of his son, Patrick). It’s ridiculously good fun, carrying on the thread from ‘Reflektor’.

The synthy pop-punch of another new song, ‘Creature Comfort’ also gets a look in, melding spoken-word yells with crafty deployment of the xylophone. Elsewhere, it’s a set heavy on the steadfast faves: ‘No Cars Go,’ ‘Rebellion (Lies)’ and ‘Ready to Start’ all getting a look in. Extra points for timing ‘Here Comes the Night Time’ to coincide with the sunset, too. 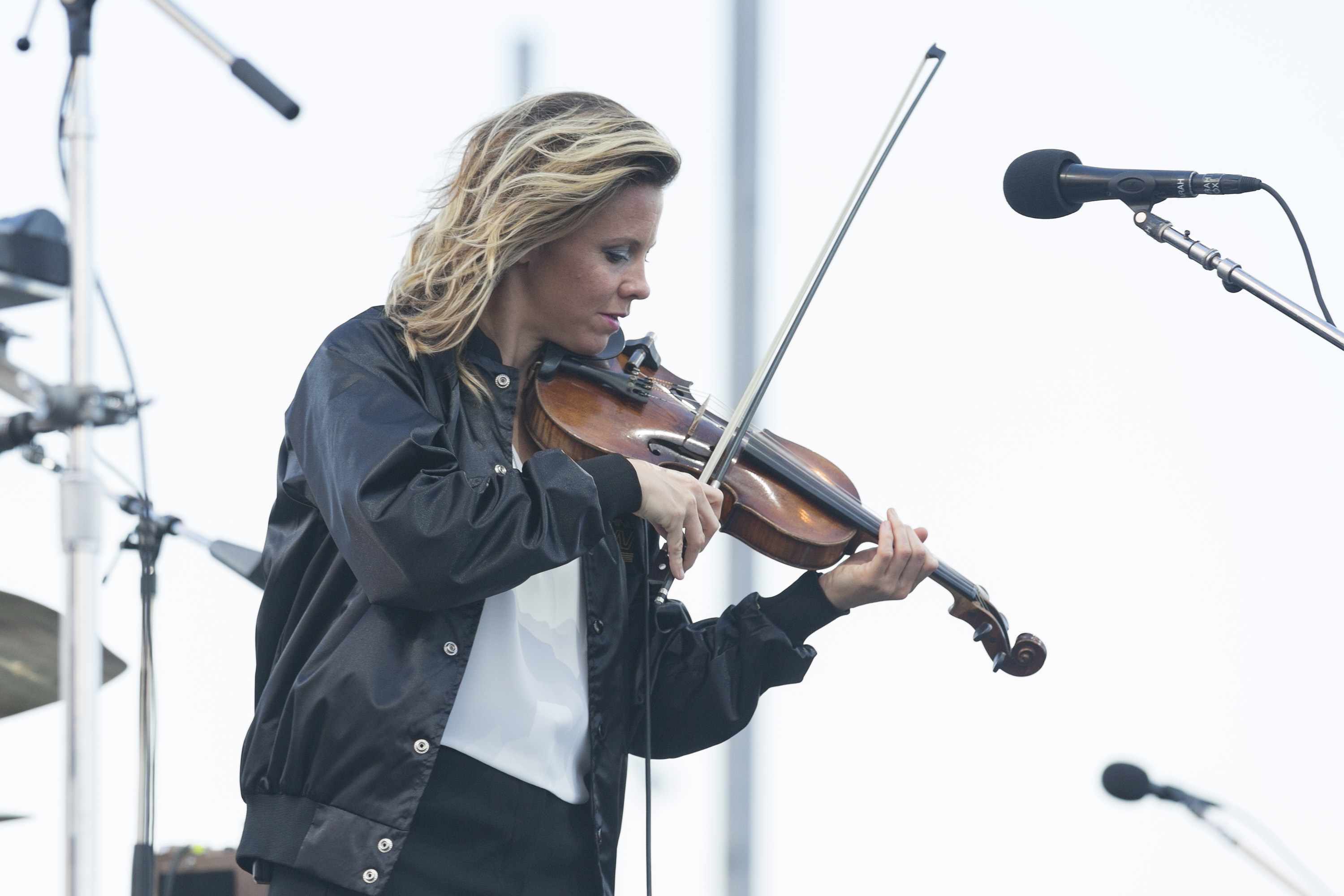 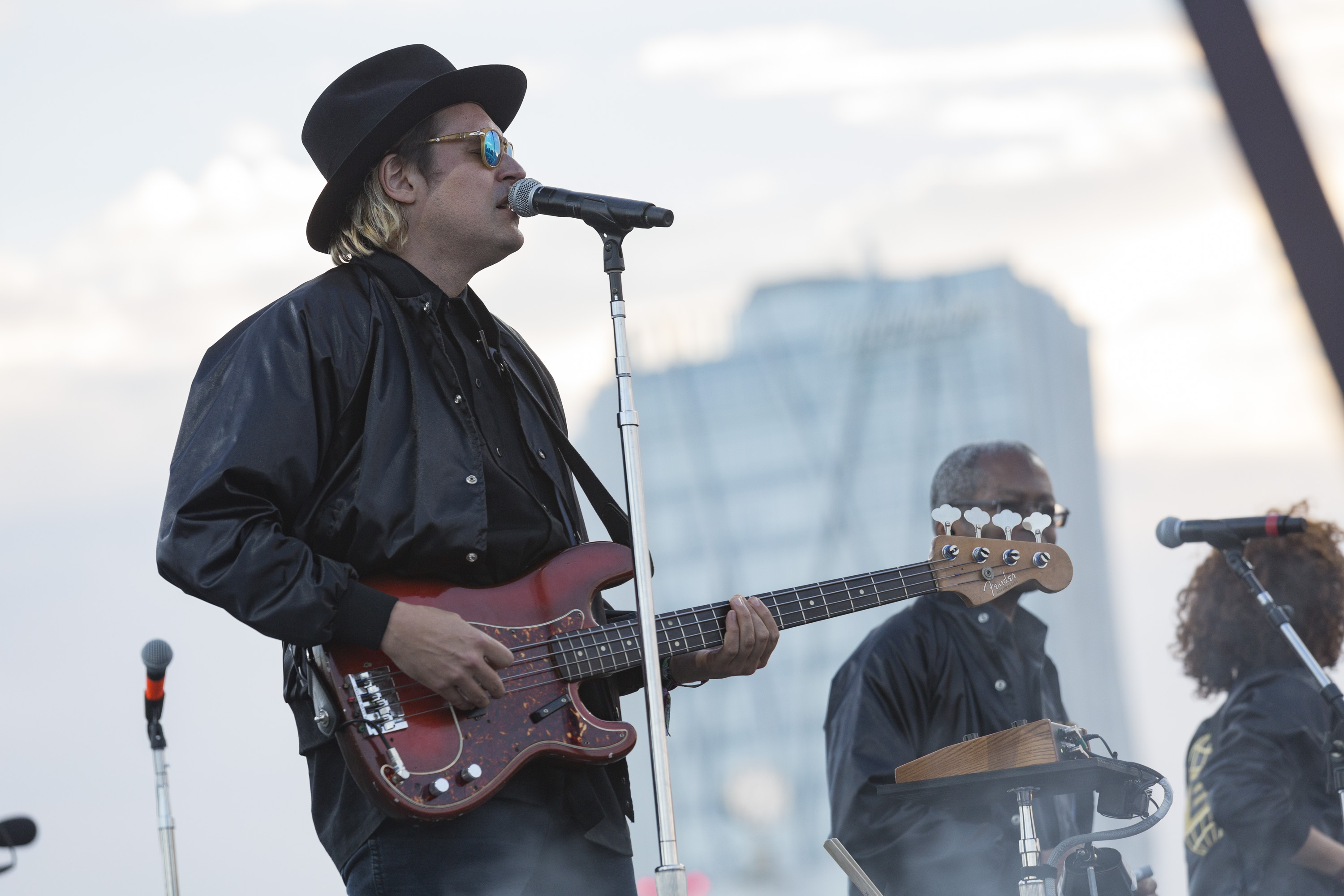 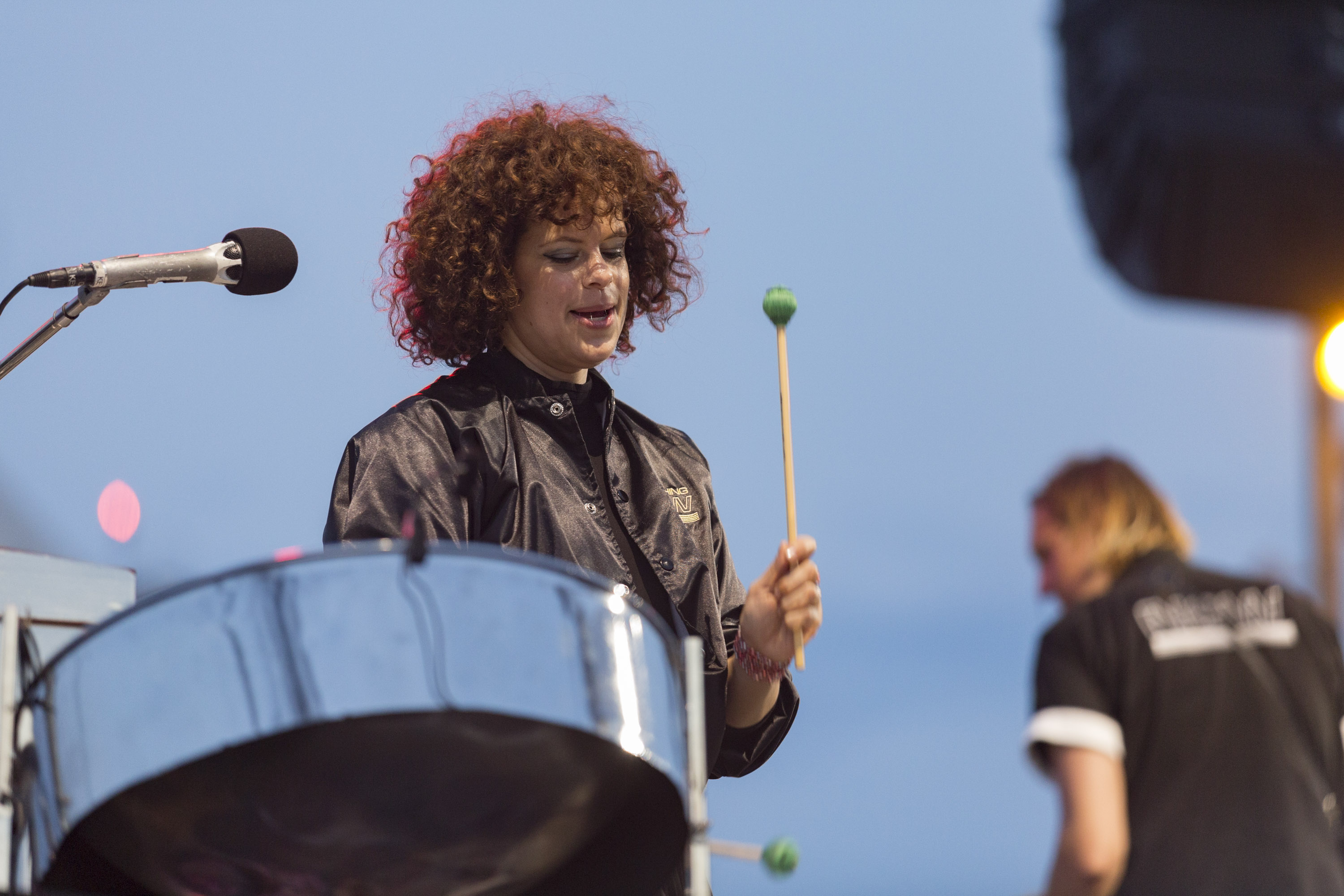 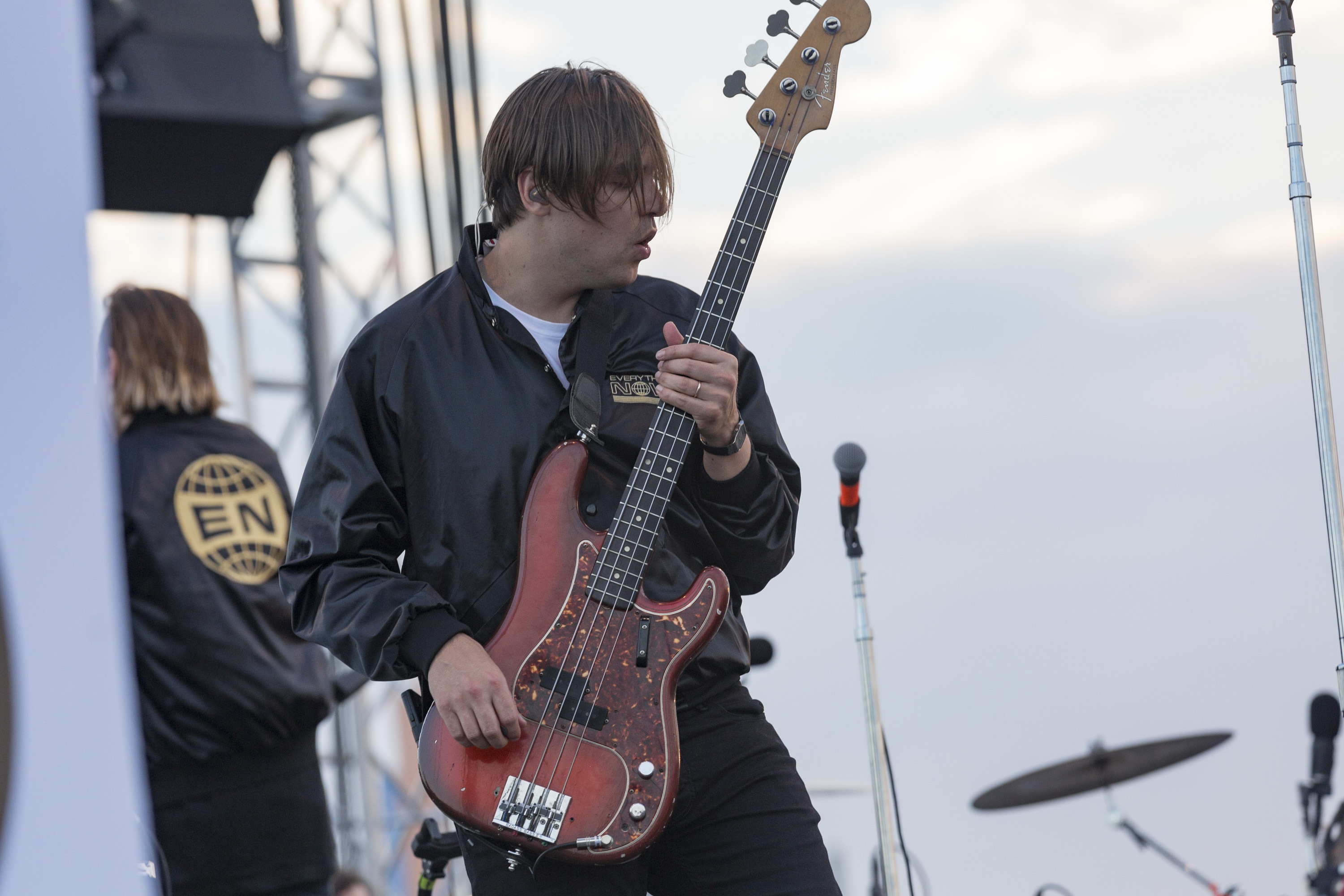 Meanwhile across the site, Solange is bathed in glowing red, and dancing for all she’s worth - with a backing troupe in tow - in front of what, at first glance, looks like a gigantic balloon. Soaring from the brassy hi-hat bites and humming strings of ‘Cranes in the Sky,’ right through to ‘Rise’ and ‘Don’t Touch My Hair’ it’s a set rightly dominated by ‘A Seat At The Table’. The record that brought Solange to Primavera’s main stage, and a masterclass in soulful, honest songwriting, it’s just a bit of a treat seeing it live tonight.

Swivelling a quick 180 to face the festival’s other main stage (yep!) the whole thing mildly resembles an advanced algebra seminar; it’s covered in complicated symbols and numbers. Darting around the stage, headphones wedged atop his cap, Justin Vernon’s not a showy performer; probably because he’s so busy juggling the intricate components of Bon Iver’s latest album ‘22, A Million’. The extra clout of newer material translates to a packed crowd brilliantly, and judging by the sheer number of people howling it during ‘33 "GOD",’ the hilarity of “sleeping in a stable mate” has clearly translated to Spain, too. As darkness really sets in, though, Vernon’s more recent talk of Ace Hotels and being “fuckified” gives way for a look back; ‘Creature Fear’ ‘Perth’ and a standout rendition of ‘Skinny Love’ - from a lone Justin Vernon on an acoustic guitar - wind things down. 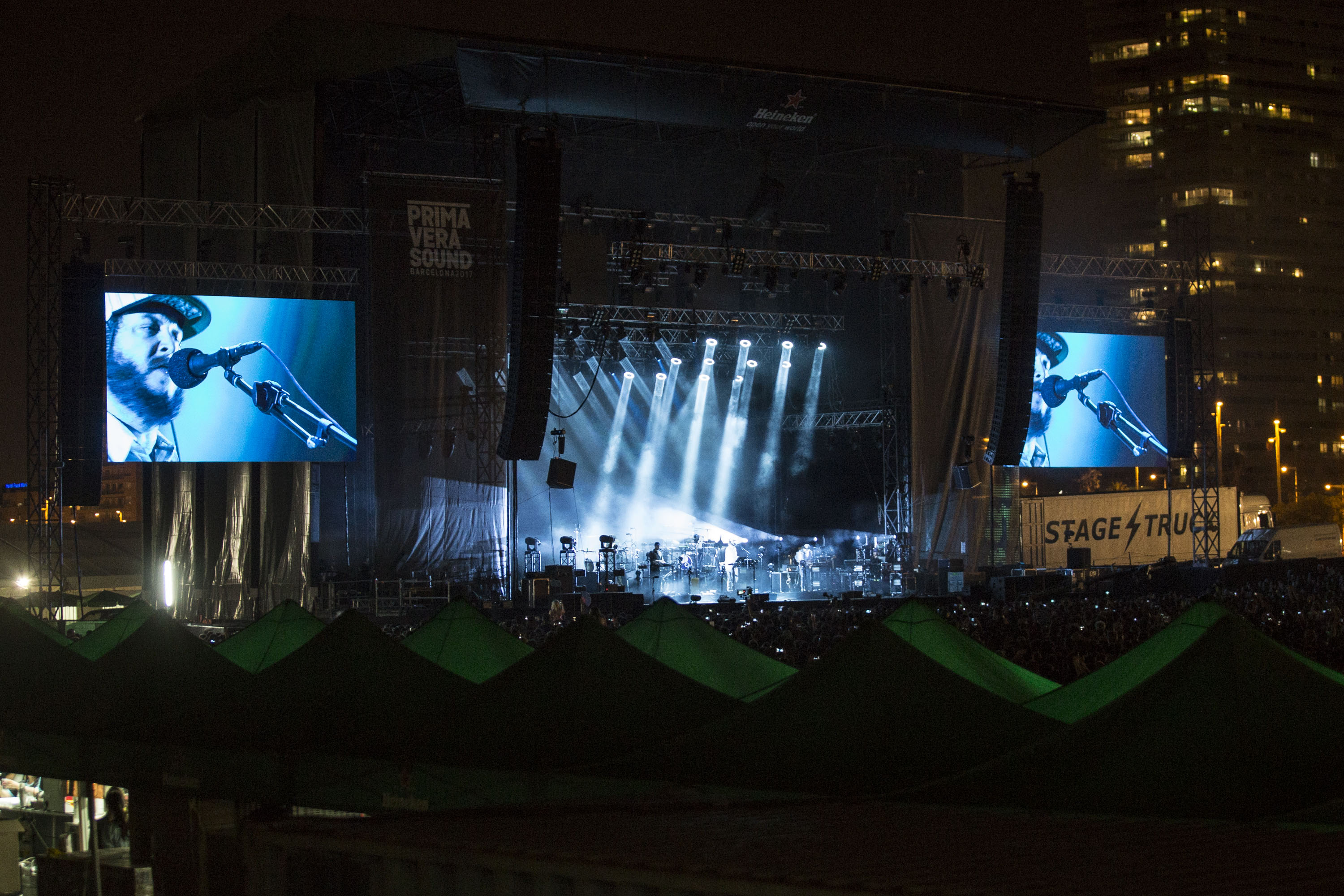 Clearly, though, things won’t stay wound down for long at all. “Murder at your every foot step,” gravels a certain Tom Araya atop chugging guitars, letting loose delighted yowls as the chaos is re-stoked and prodded along by gigantic guitar solo after gigantic guitar solo. Yep, don’t expect a quiet, understated night when Slayer are about.  By the time they finish up with ‘Angel of Death’ - a song so fast it could well prompt heart palpitations - everyone surely feels like they just plunged into an icy cold lake without warning, diving into over the top, super ludicrous, scream-curdling metal mayhem. 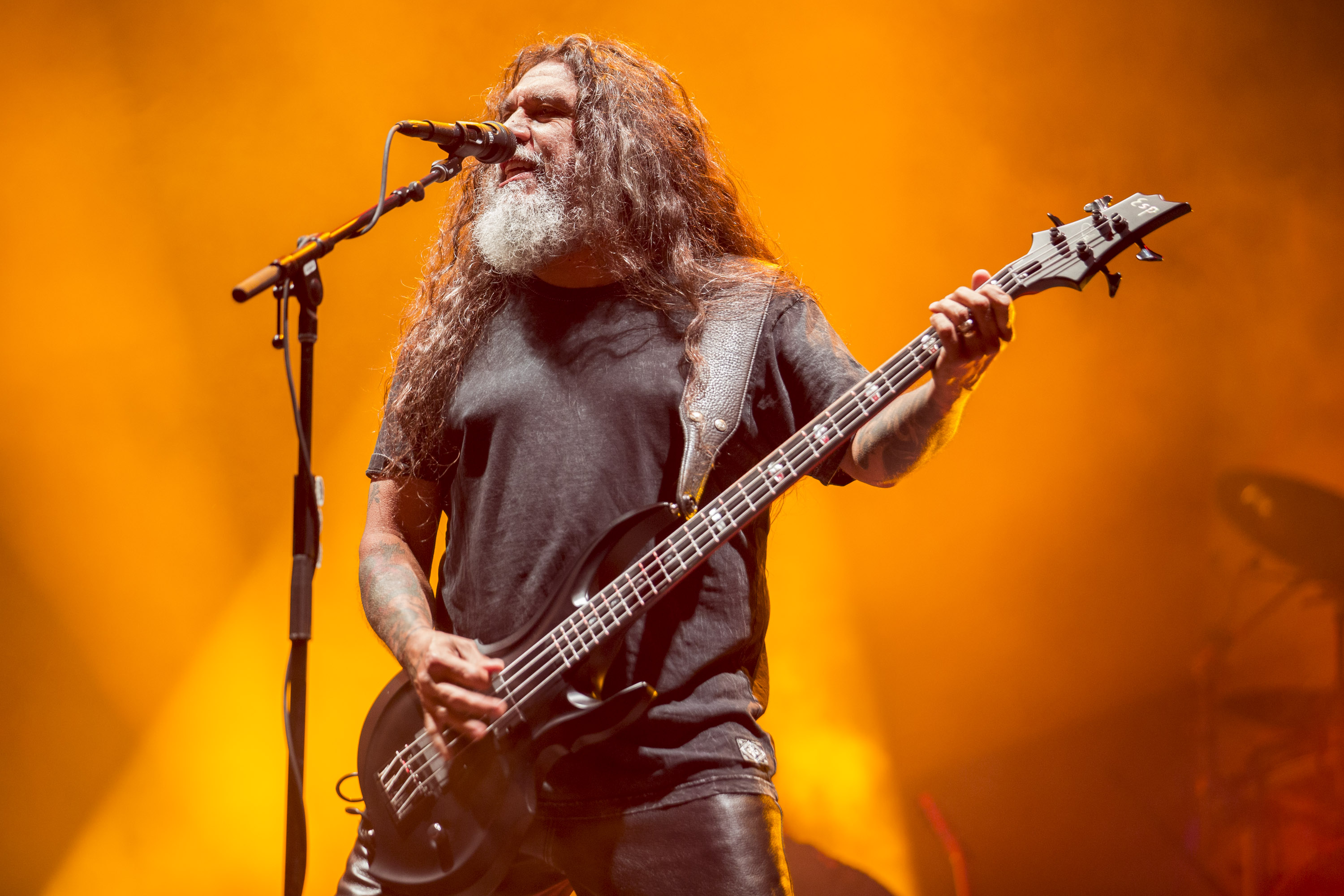 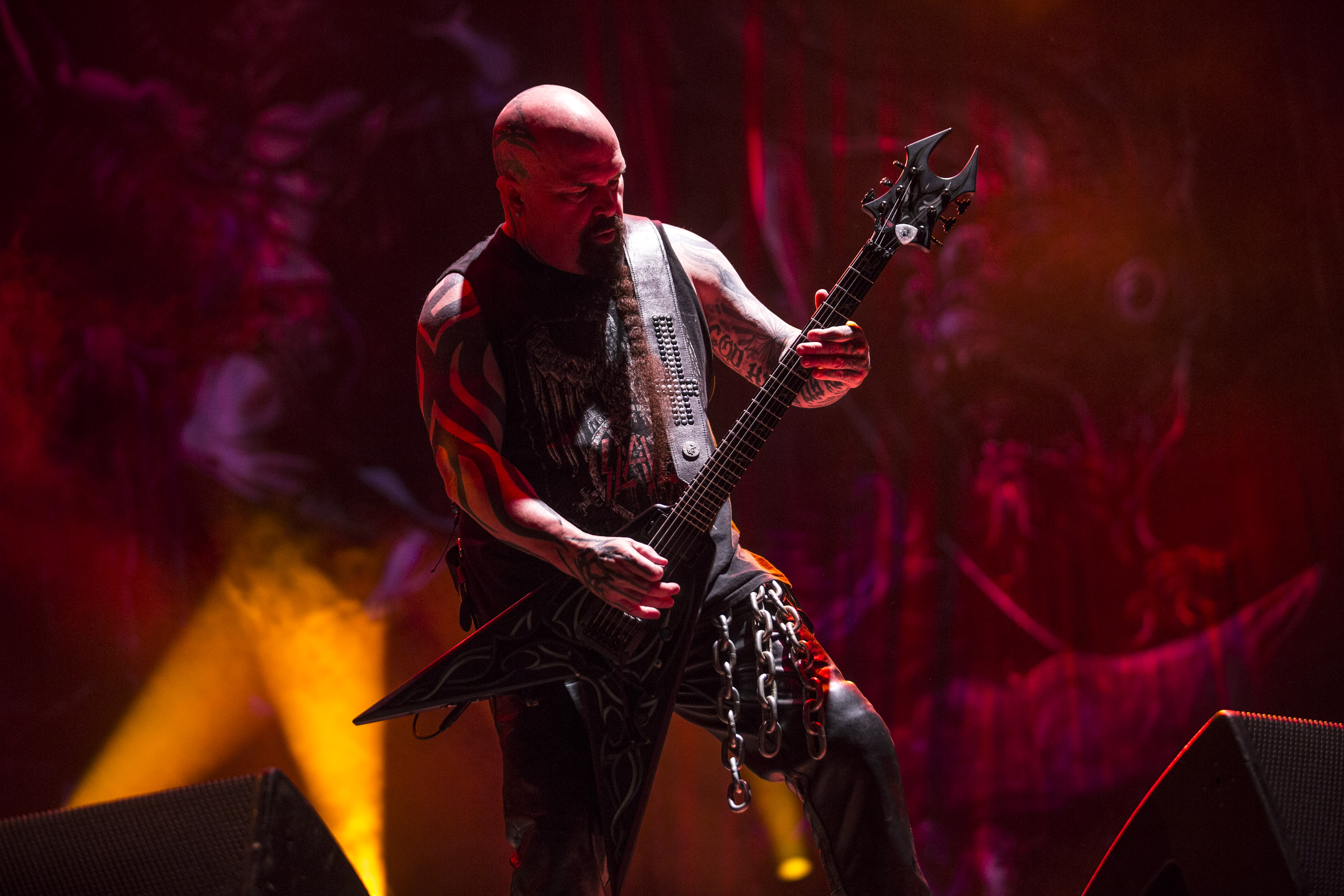 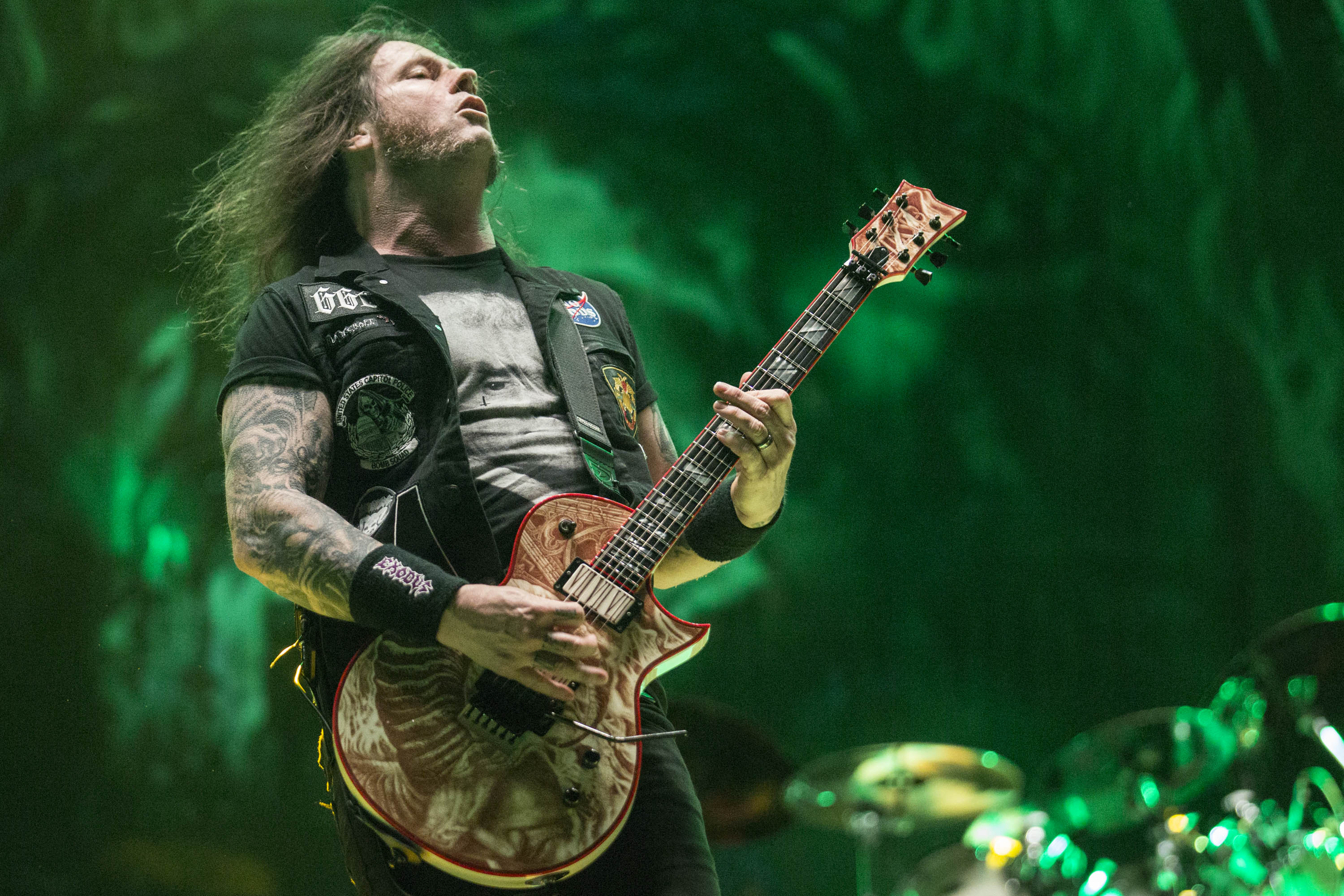 Across the site, punk veterans The Damned are also keen to disturb the quiet. It’s an aim Captain Sensible (ironically the silliest of the lot) makes plain; dismissing the “chill-out” stages elsewhere tonight. The band’s only remaining constant member, Dave Vanian is on quipping form, too, dedicating ‘Disco Man’ to 70s staple - “yep, we’re old!” he footnotes - disco music, and prowling the stage in goth attire, occasionally ducking to dodge fast-orbiting mic-stands. 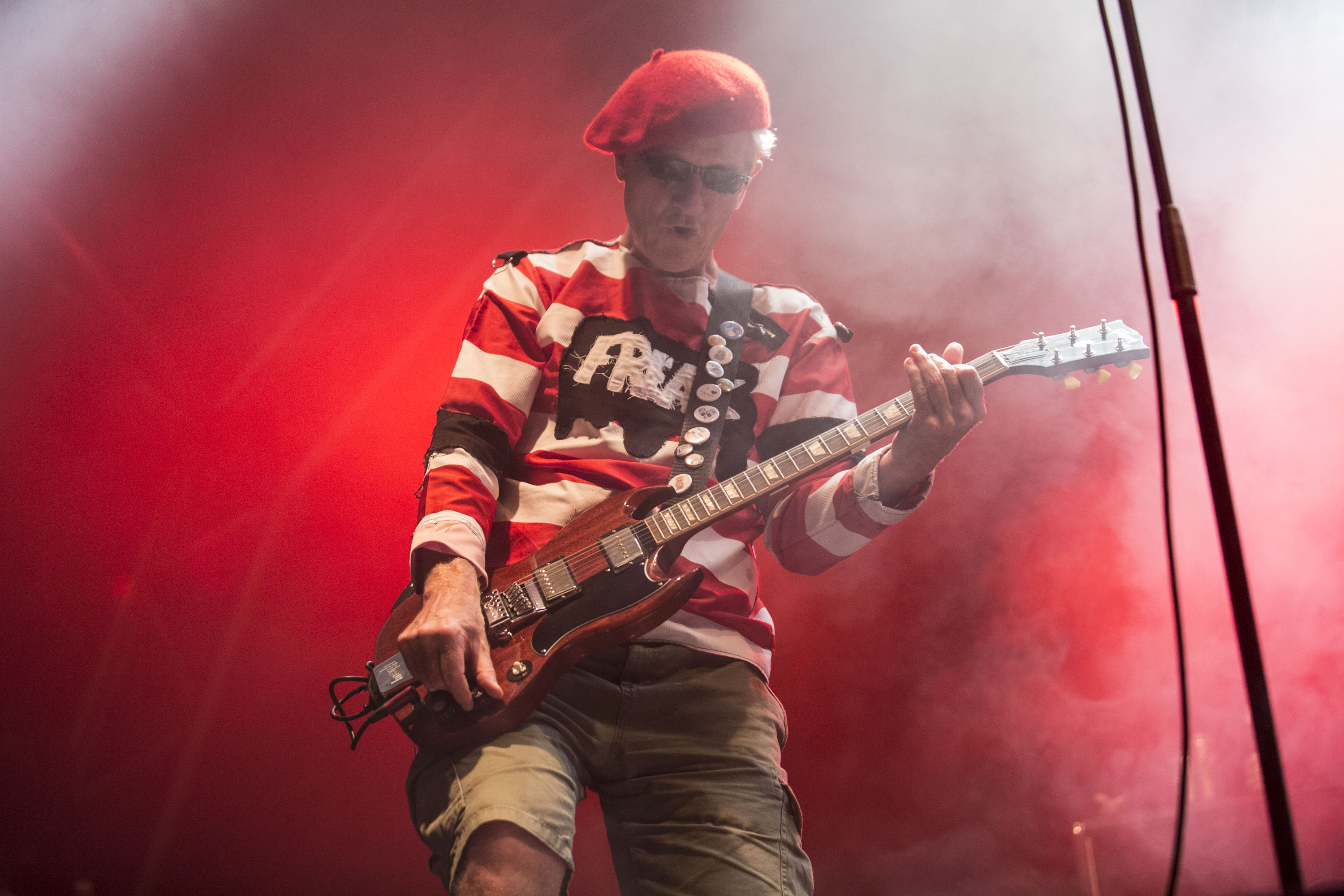 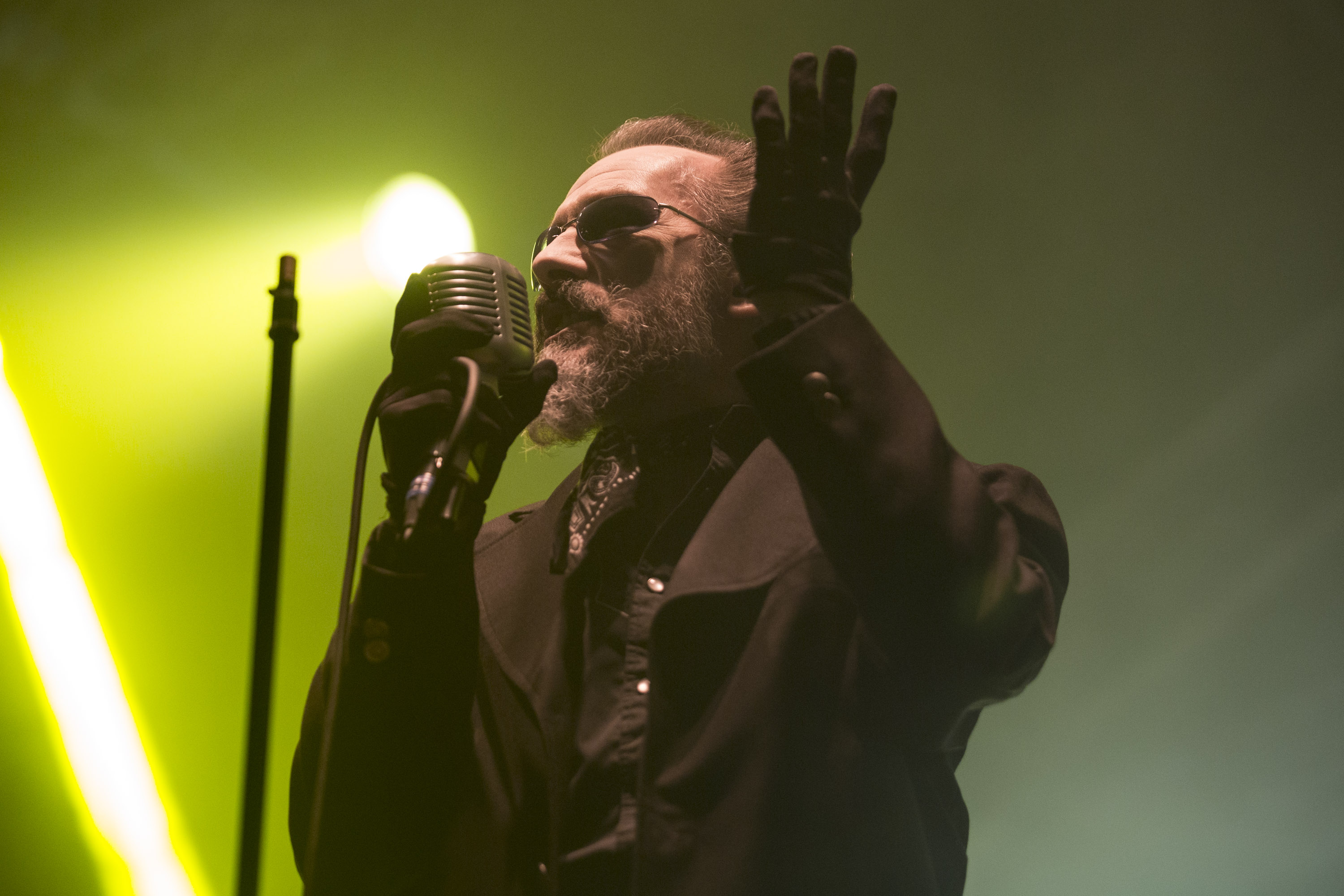 The best sights of Primavera 2017, Day One

- Glass Animals' Edmund Irwin-Singer standing in the middle of Boots at Gatwick airport, looking very confused by all the toothpaste.

- A James Arthur look-alike taking part in the Spanish Botellón tradition, and enjoying a pre-festival tinny on the street

- We don't understand why, or how this has happened, but it seems that flames are back! Specifically, those flame-covered bowling shirts that boys used to pair with Gareth Gates hair-dos back in the primary school days. Can someone a bit more 'fashion' fill us in, please?

The festival takes place in Helsinki next August.

It’s the first UK tour since their eight night sold out residency at London’s Hammersmith Apollo!