The general feeling tonight within the O2 Arena’s cavernous canvas walls is one of delighted disbelief. All three of tonight’s acts are surpassing everything anyone could have thought possible of them as little as a year ago, and yet all three are right at home.

Gengahr twinkle into audibility; timid whispered vocals and groovy psych-pop soundscapes sound all the more magical as they ring and echo in and around the early arrivals. Perhaps Gengahr might be expected to be found in some distant corner of a sunny festival field but tonight they still manage to bring sunshine and whimsy to the dingiest corner of the O2’s mighty arena. Swaying and twisting Gengahr look admittedly slightly baffled but altogether totally at ease with what is easily their biggest stage to date.

As for Wolf Alice, almost exactly this time two years back, fans throughout London were cramming themselves into The Old Blue Last’s tiny walls, tonight those same fans (plus many, many others) find themselves blinking bewilderedly in the bright lights of one of London’s biggest venues. This leap might phase some bands, not Wolf Alice. Tonight the tumultuous riffs which usually threaten to burst the walls of smaller venues effortlessly fill The O2’s insides, carrying to heights they were born to reach as Ellie Rowsell’s delicate vocals weave in and out, commanding their support slot with the confidence and ability of a headline act. 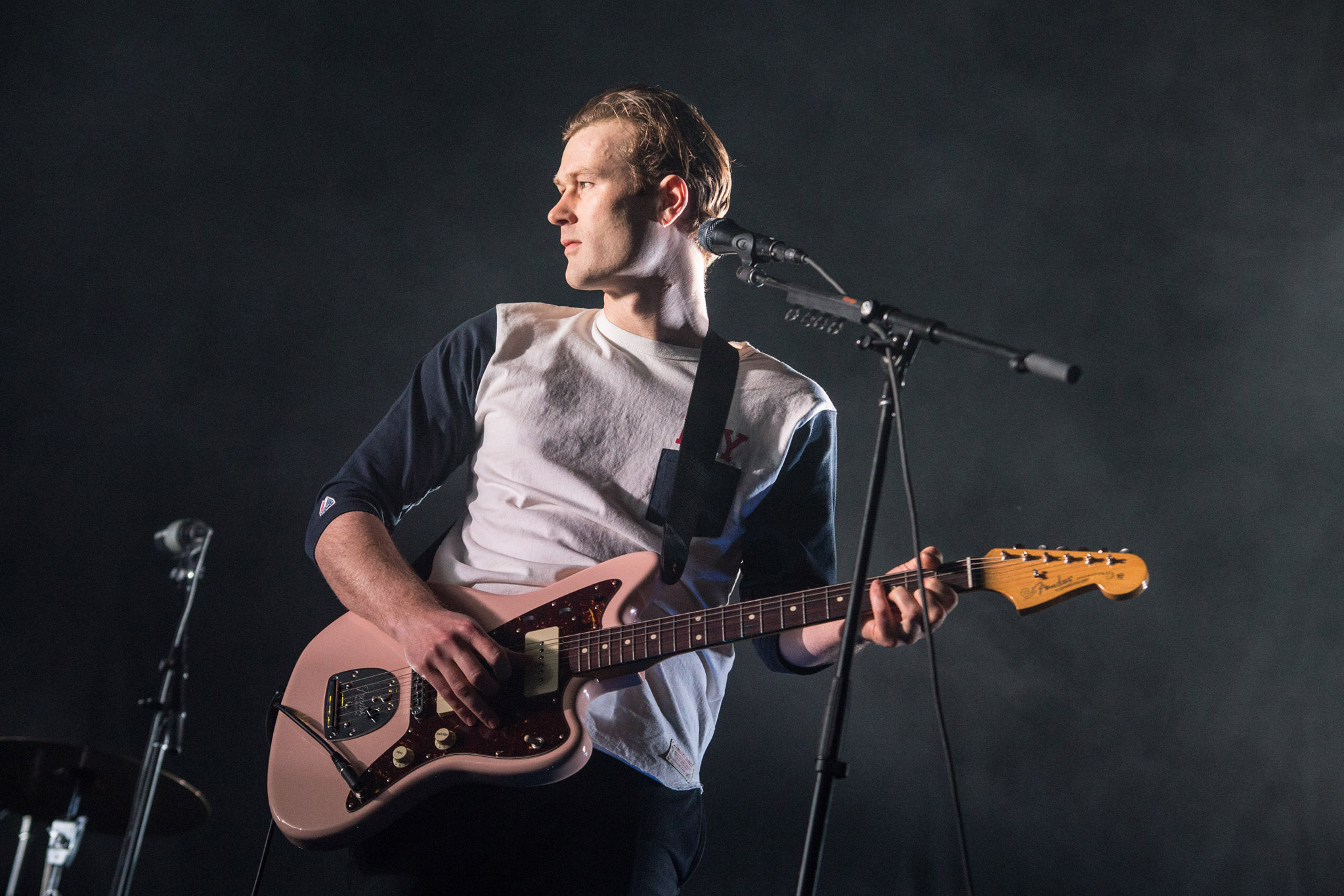 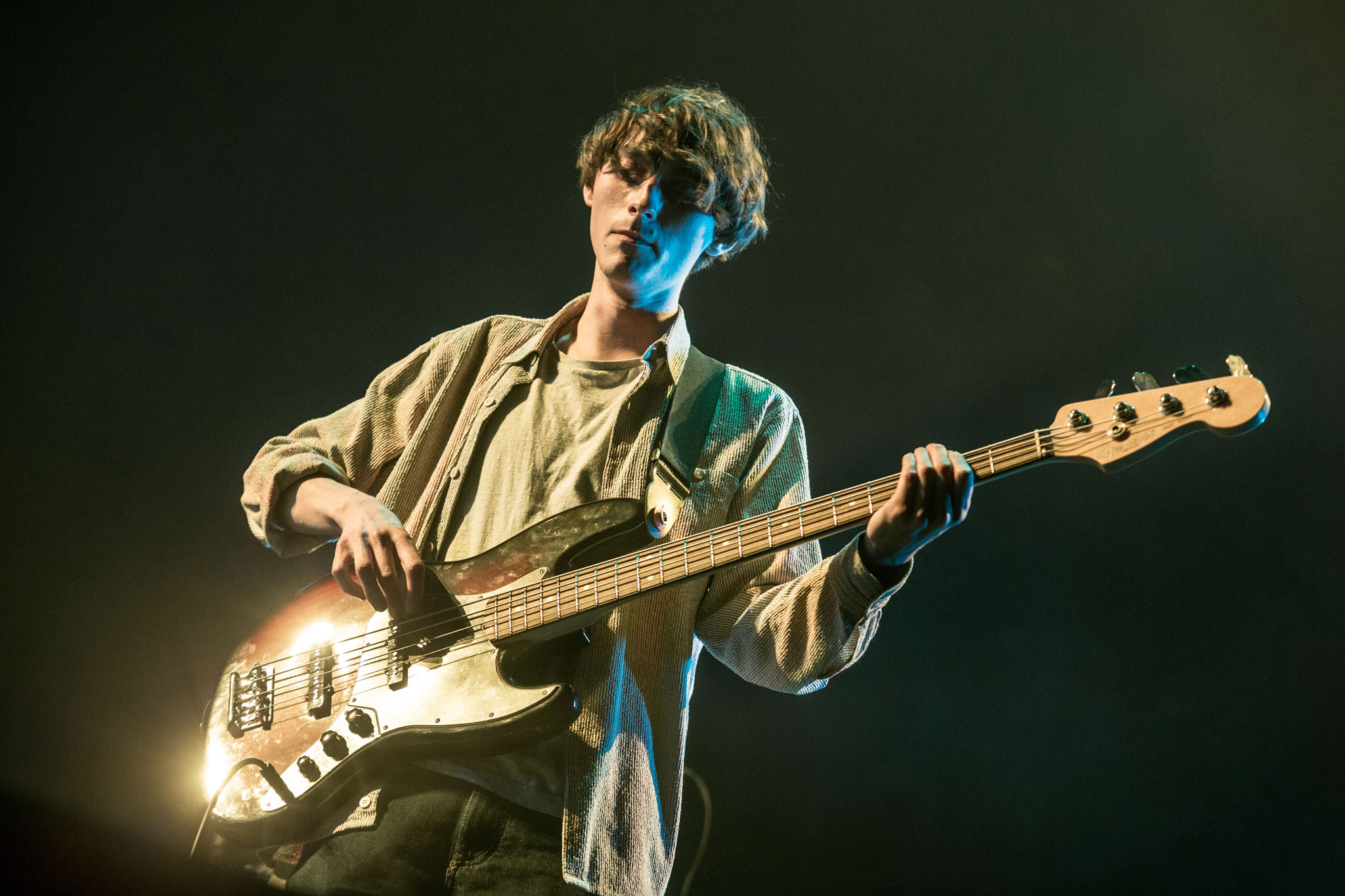 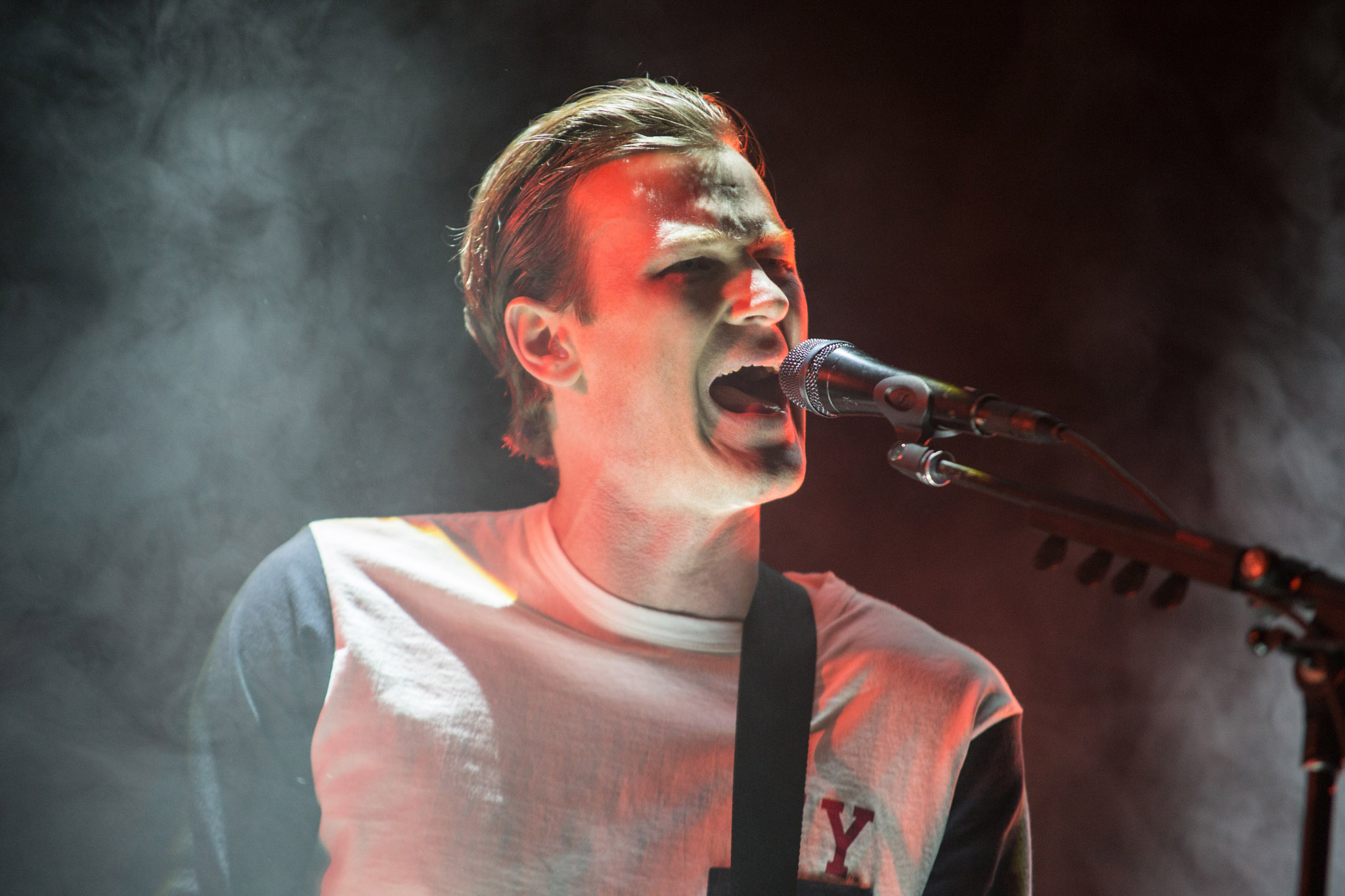 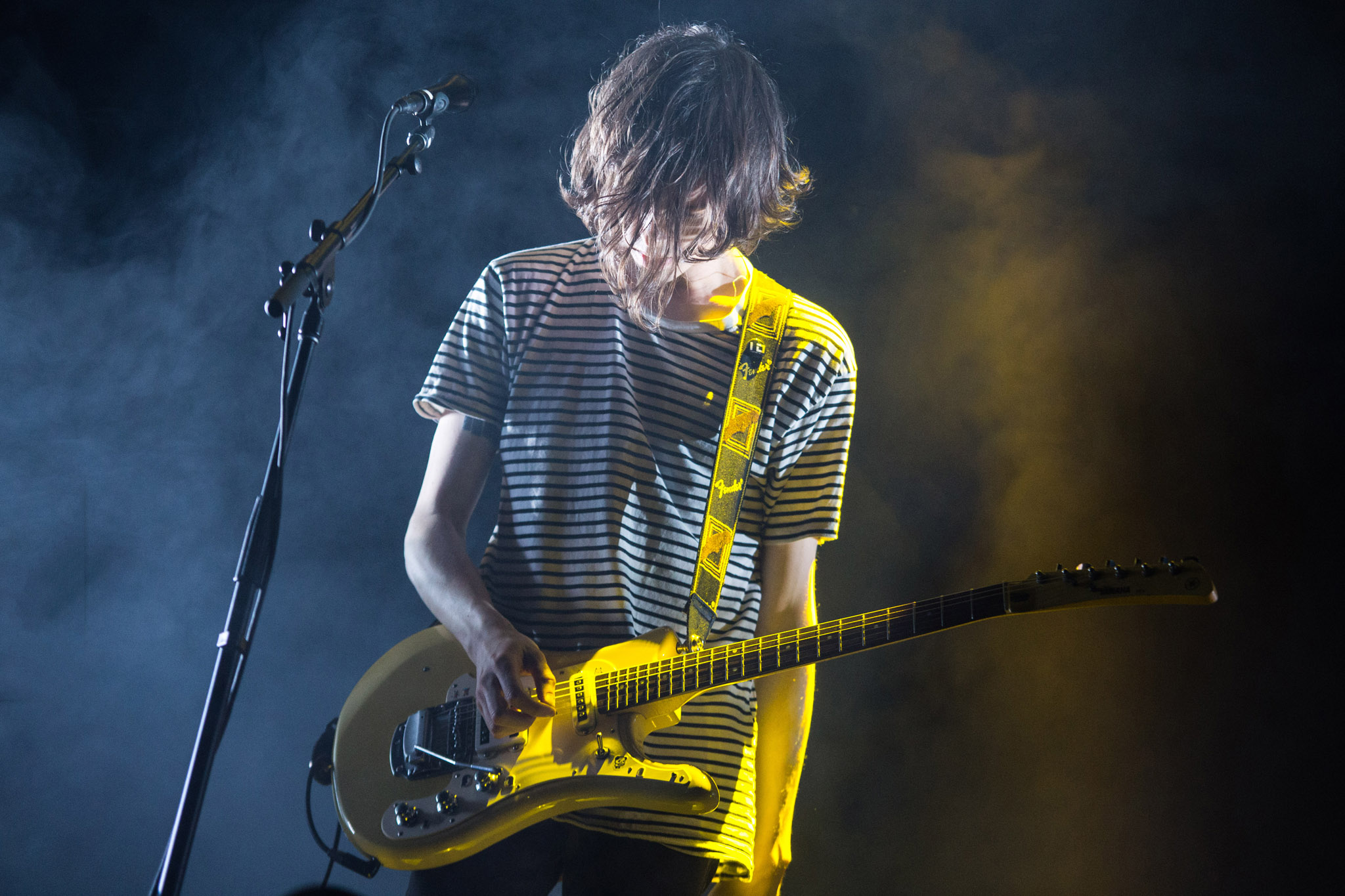 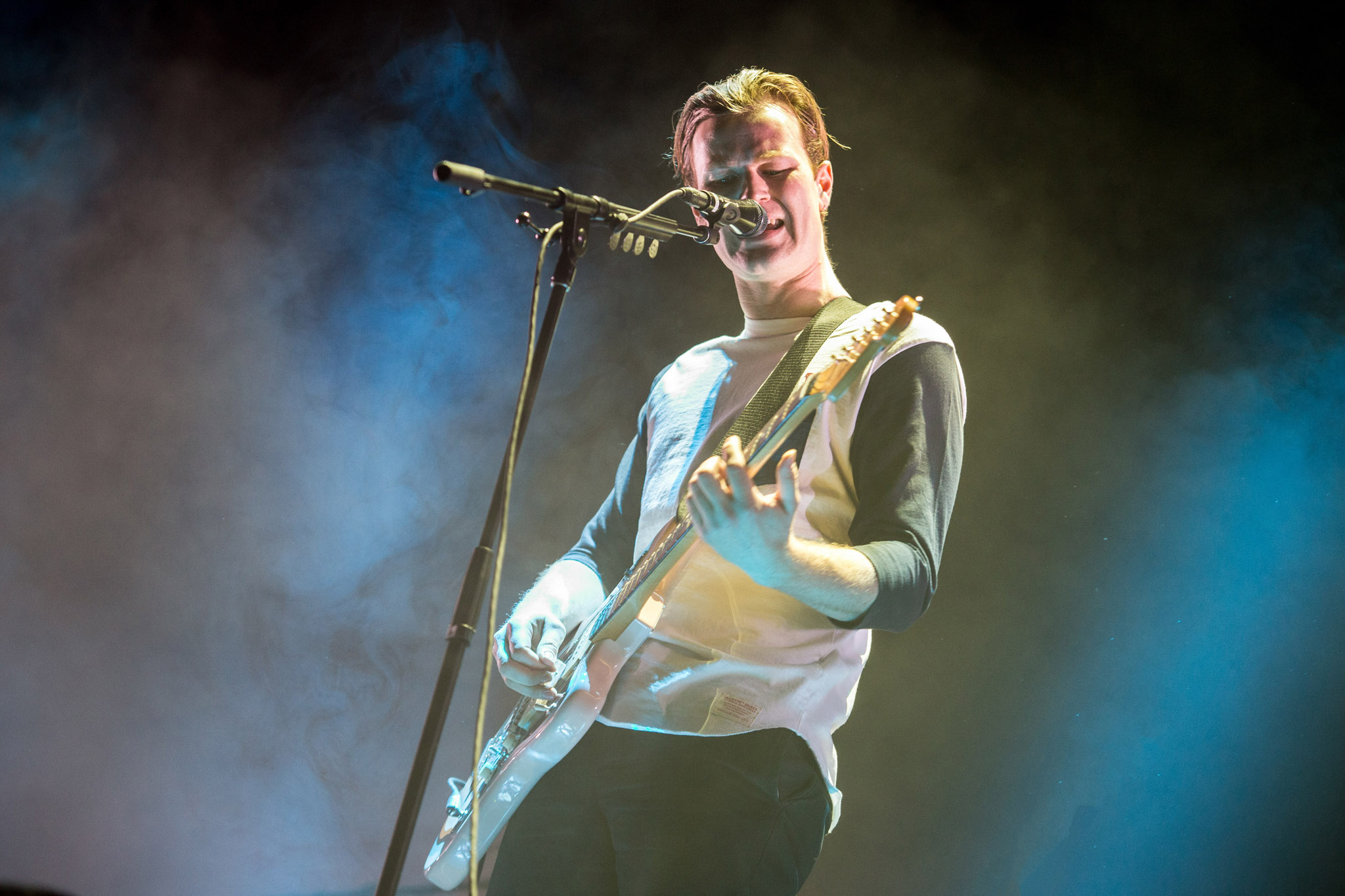 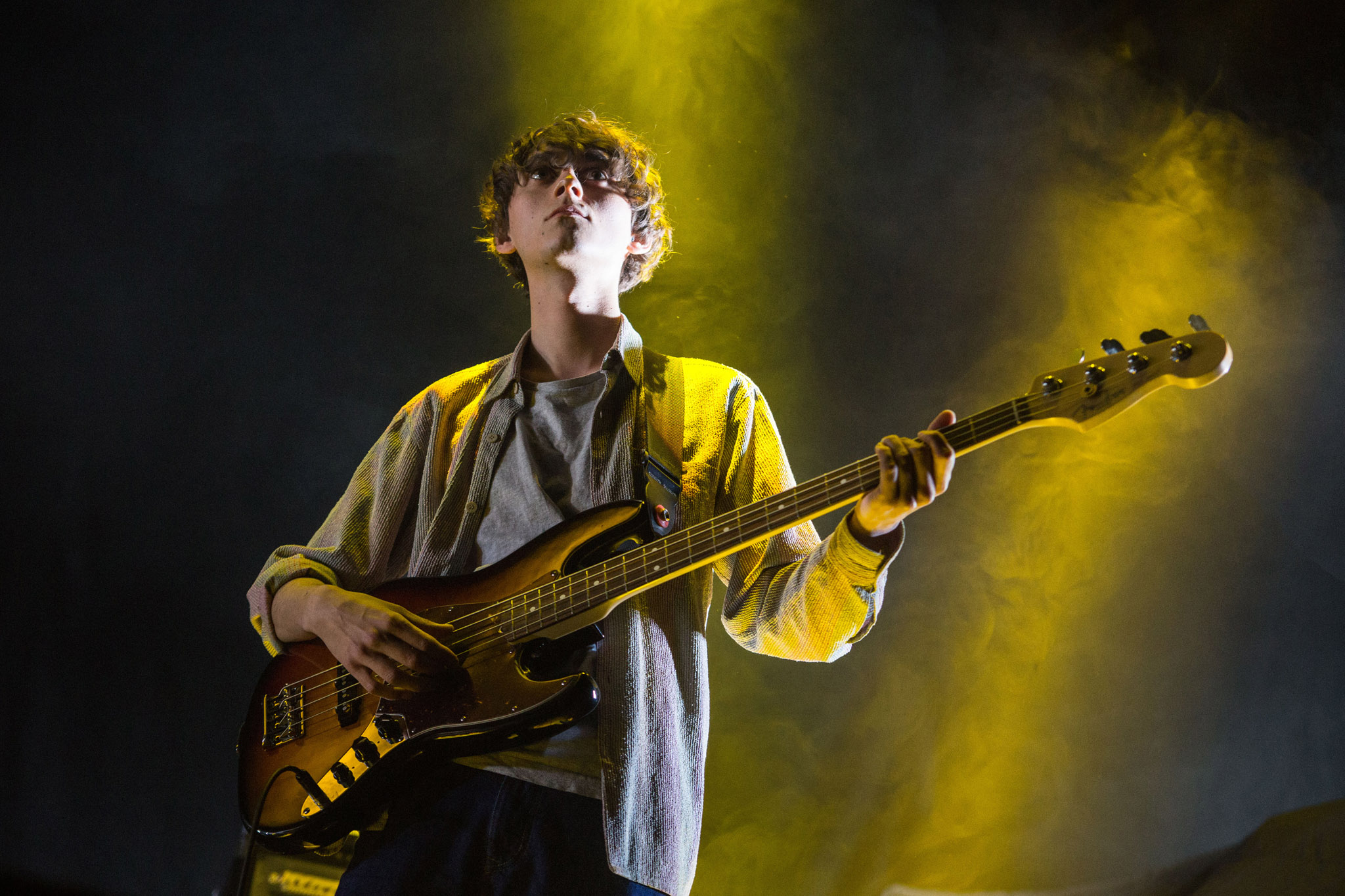 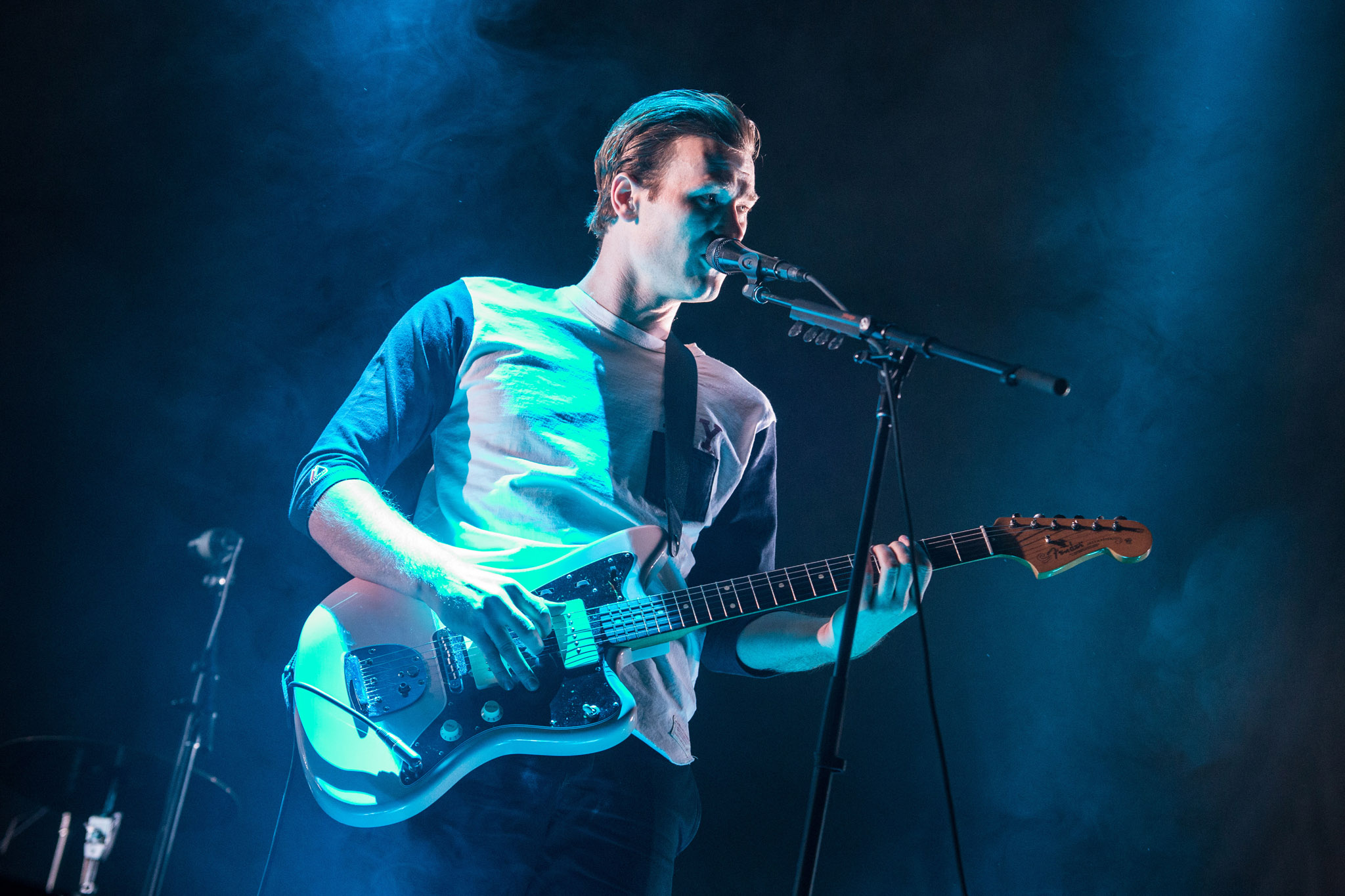 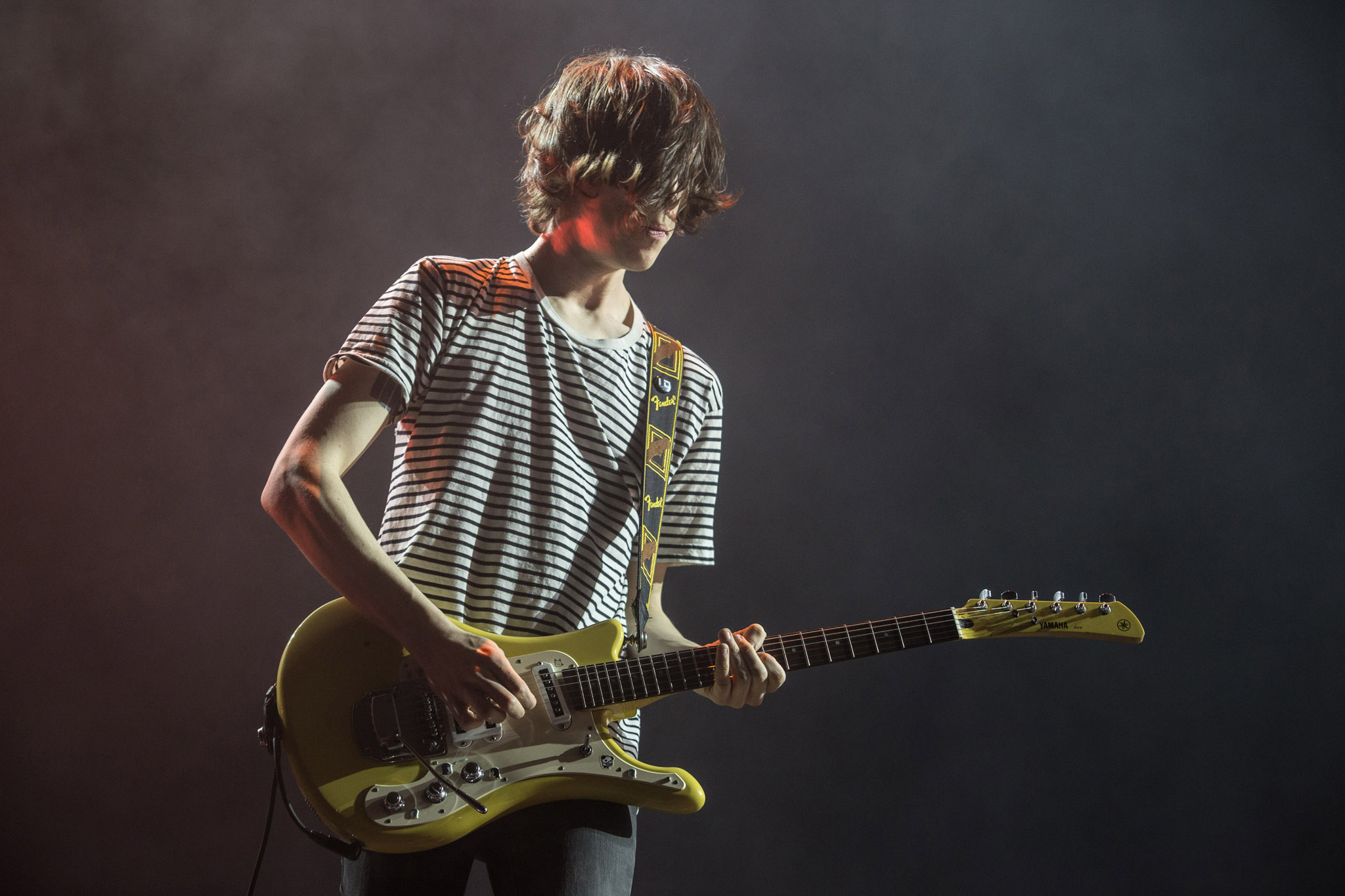 Before the dazed O2 crowd have had a chance to shake off the effects of the last onslaught of Wolf Alice's strobes and shouts, the throbbing opening note of ‘Hunger of the Pine’ swells muscularly throughout the O2; an alarm sounding the awakening of what is truly Alt-J’s moment. Through an ominous, menacing flood of red light, Alt-J stride confidently to their positions of course meticulously, mathematically in line across the front of the O2’s stage. From claustrophobic Leeds University dorms the rise of Alt-J has been quick, changes in the band's line-up have not so much as faltered the tempo with which Joe Newman and co. have raced towards this stage. Alt-J stride out tonight as much one unit as they always have been, not a single note is missed.

The ethos of Alt-J is made for big stages, the emphasis on colour and the powerful imagery they conjure through bizarre metaphors and incredibly dexterous lyricism can only really be fully portrayed through the kind of production values available at the very top. As the background curtain drops dramatically at the crescendo of ‘Fitzpleasure’ revealing great bands of lights, and mechanical brackets begin to roam the stage almost of their own accord, it becomes very clear that this will be no ordinary performance. Every detail of this is show is thought out, every visual, every arrangement, every other freckle has been honed to perfection by Britain’s most technically gifted ensemble. Admittedly the band themselves are not particularly animated, they hardly speak other than to gush over how amazing it is to be here, they barely move apart from the occasional tentative stride to the edge of the stage. Alt-J are not of the breed to throw themselves around or do any more than meld with their instruments, almost unaware of anything going on around them other than the sound they create. It would be unreasonable to ask anything more from this bunch of slightly quirky music nerds. To see Newman do anything other than stand perfectly still, unflinching, as he expresses his desire to lick the whole of the O2 like a crisp packet would be so bizarre it might even be too much.

This isn’t to say there aren’t moments when Alt-J realise where they are; they’re almost physically knocked back by cries of ‘Hey Taro’ and are occasionally happy to stand and listen as some twenty thousand fans sing back every word of, among others, possibly the most enthusiastically received track of the night; ‘Matilda’.

There are surprises too; most prolifically in the form of ‘Leon’, an almost forgotten gem they haven’t played in four years, saved for a special occasion such as this. ‘Leon’ is noticeably simple and bare when compared with the complexities of recent work, but sounds all the more novel as a result, seemingly played as an experiment for Alt-J themselves as keyboardist Gus Unger-Hamilton admits they aren’t sure what it’ll sound like. The experiment pays off and feels special nestled in between the symphonic might of ‘Bloodflood’ parts one and two (all the more impressive when united) and angular Alt-J staple, ‘Tessellate’.

Where big hits like ‘Left Hand Free’ and ‘Every Other Freckle’ fill the O2 effortlessly, the more tender moments of ‘This Is All Yours’ transfer equally impressively to a live show. ‘Warm Foothills’ (performed simply with just vocals by Newman alone) and encore tracks ‘Nara’ and ‘Leaving Nara’ are stunningly on-point, swelling in richly colourful lighting.

As final encore track ‘Breezeblocks’’ last gritty synth line fades and Alt-J leave the stage as nonchalantly as they arrived, the resounding feeling is that Alt-J didn’t get here tonight by chance, ‘This Is All Yours’ was made for tonight. In the way separate tracks like the ‘Nara’ – ‘Leaving Nara’ and ‘Bloodflood’ one and two are combined and in the transference of the bizarre and wonderfully colourful themes of the album both literally and metaphorically to the stage it is clear that Alt-J knew exactly what they were doing even before their meteoric rise. Tonight is the reward Alt-J deserve for never settling for making anything less than their best. 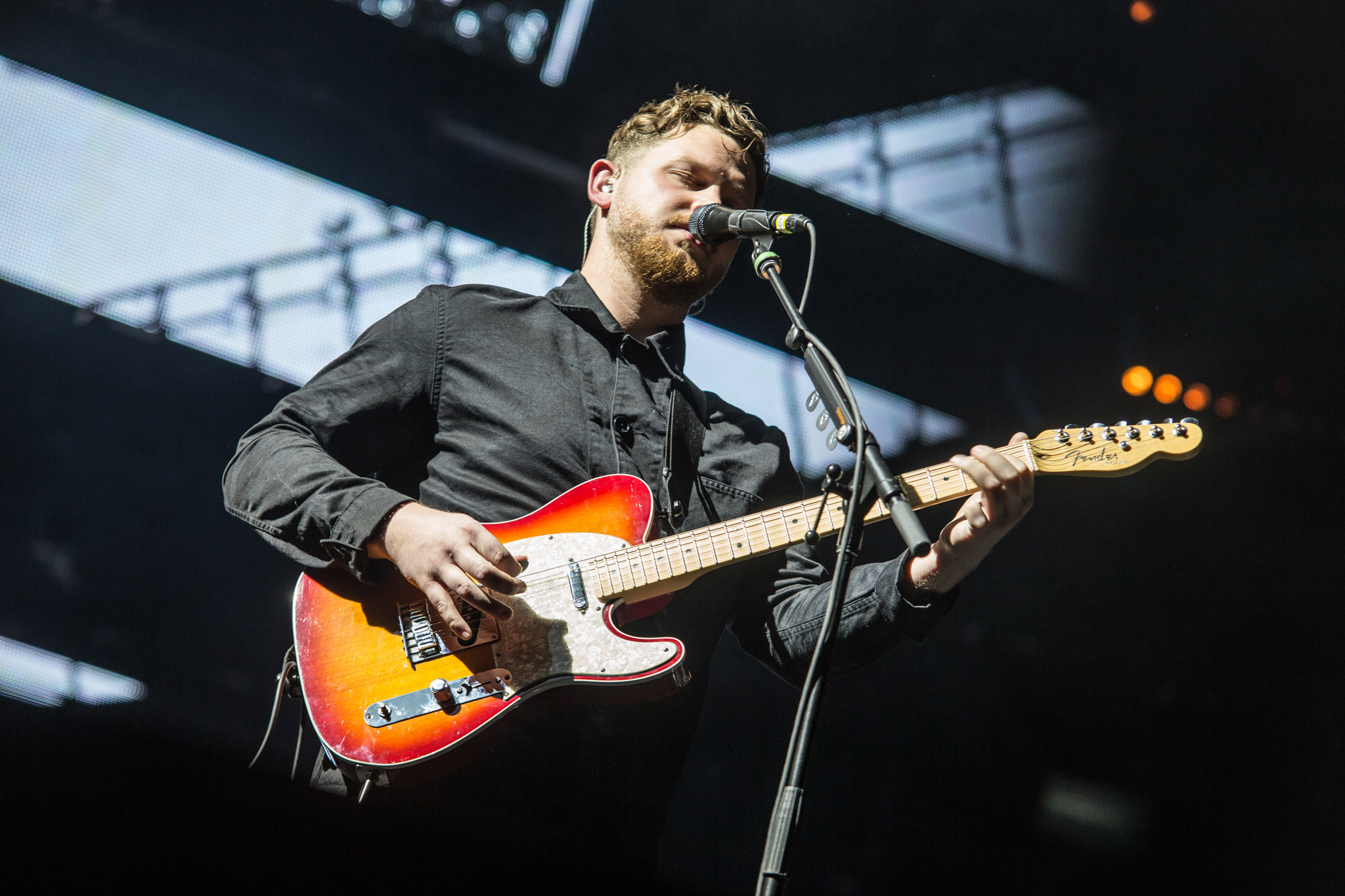 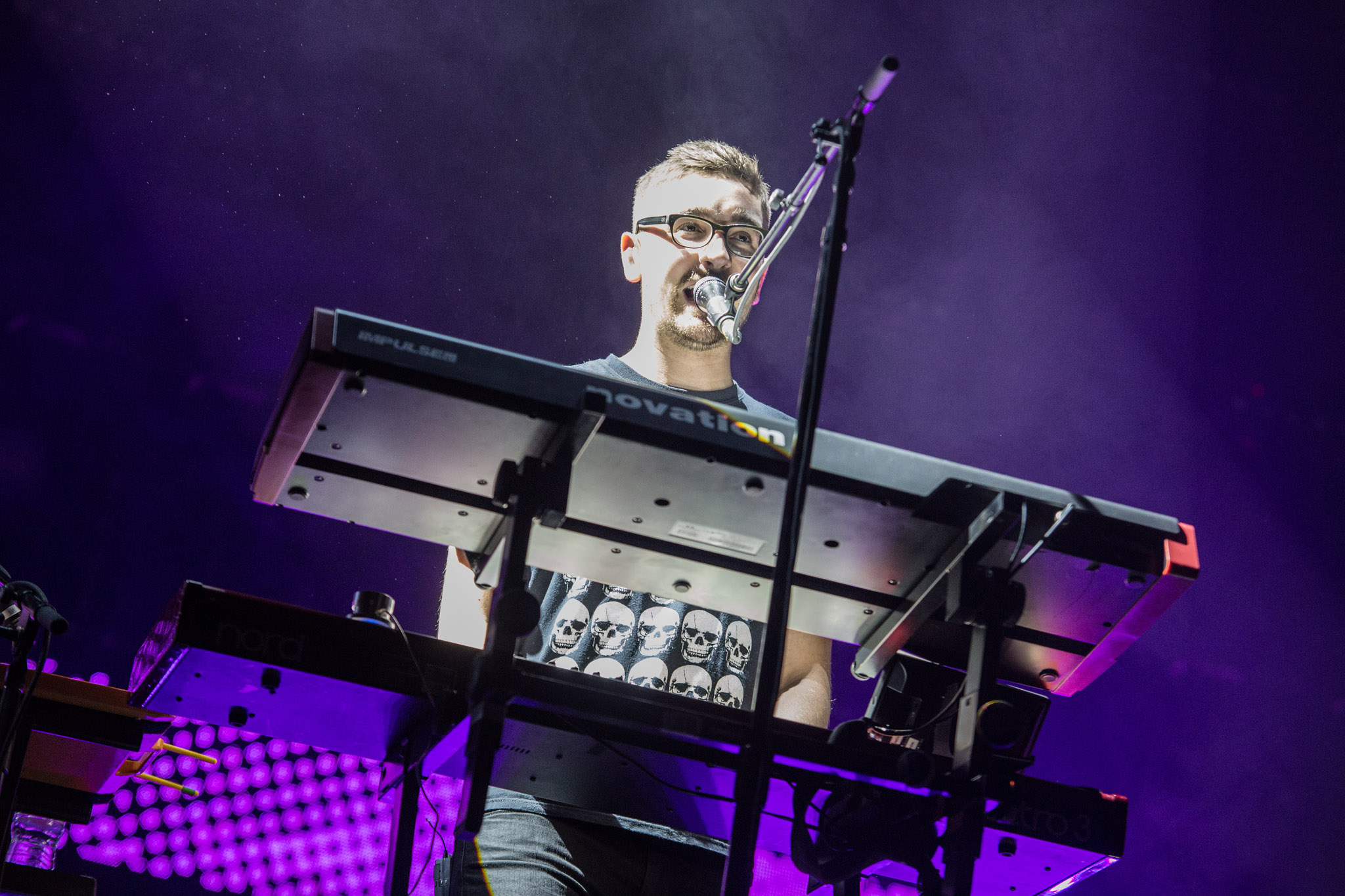 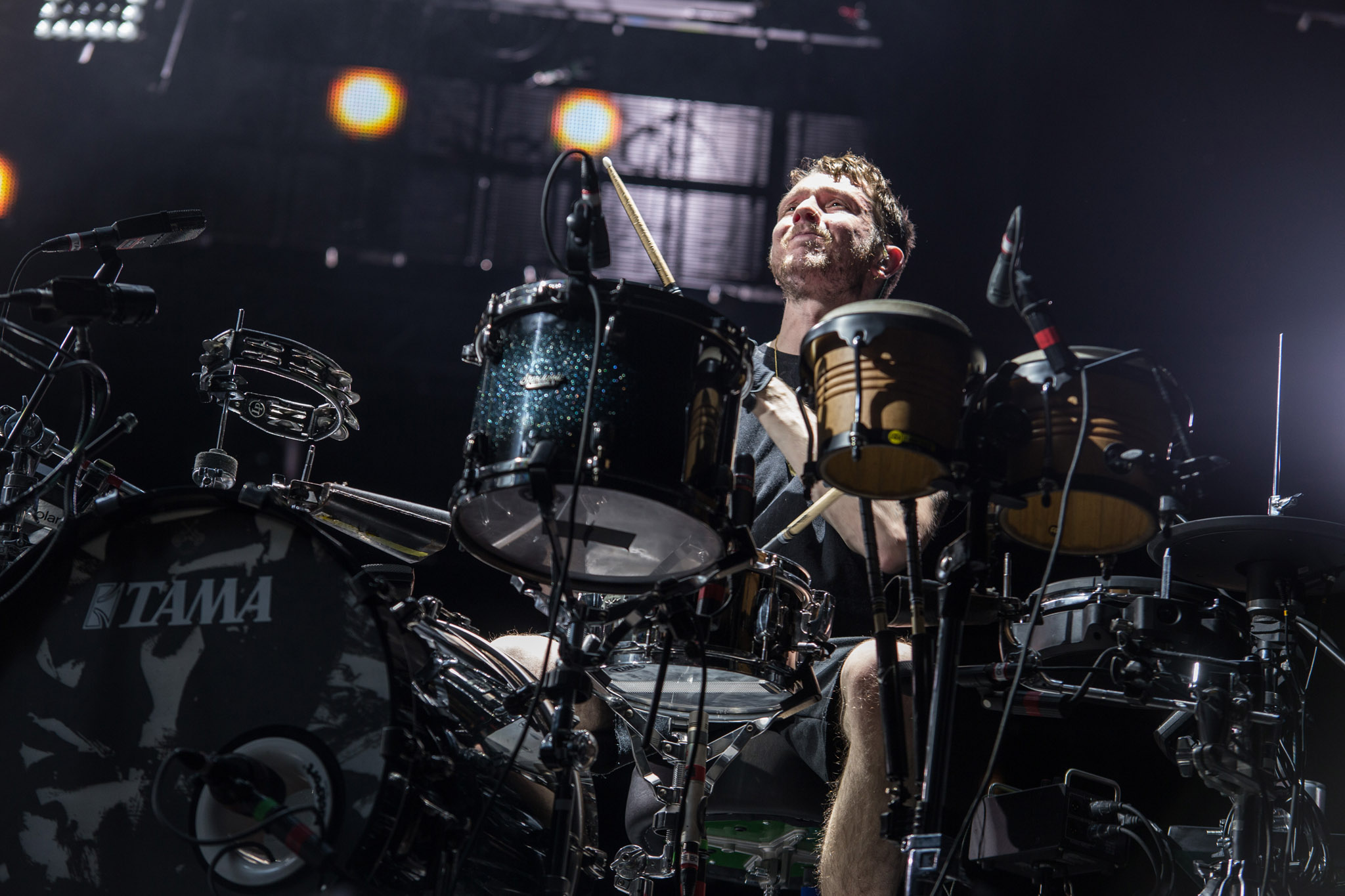 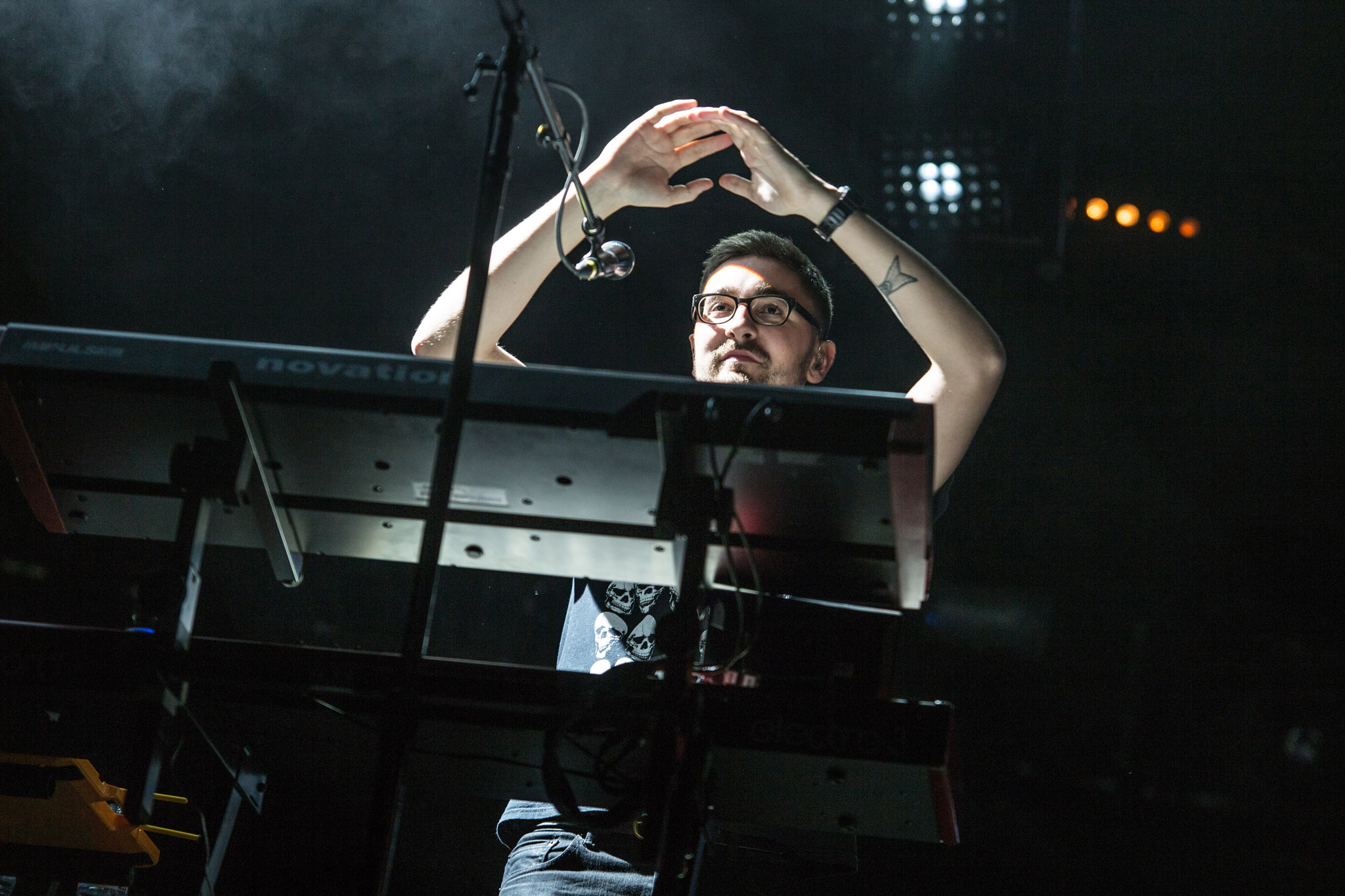 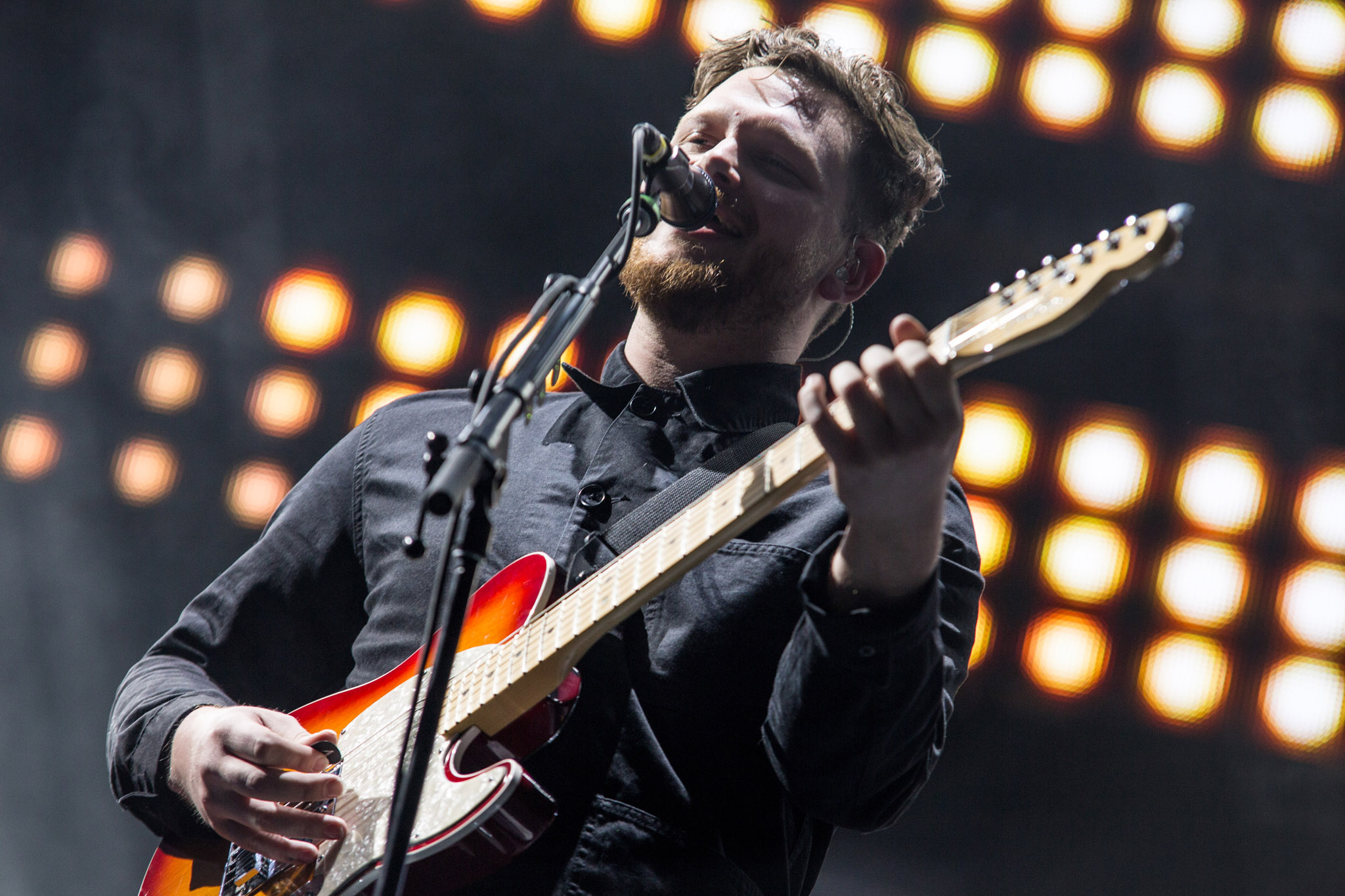 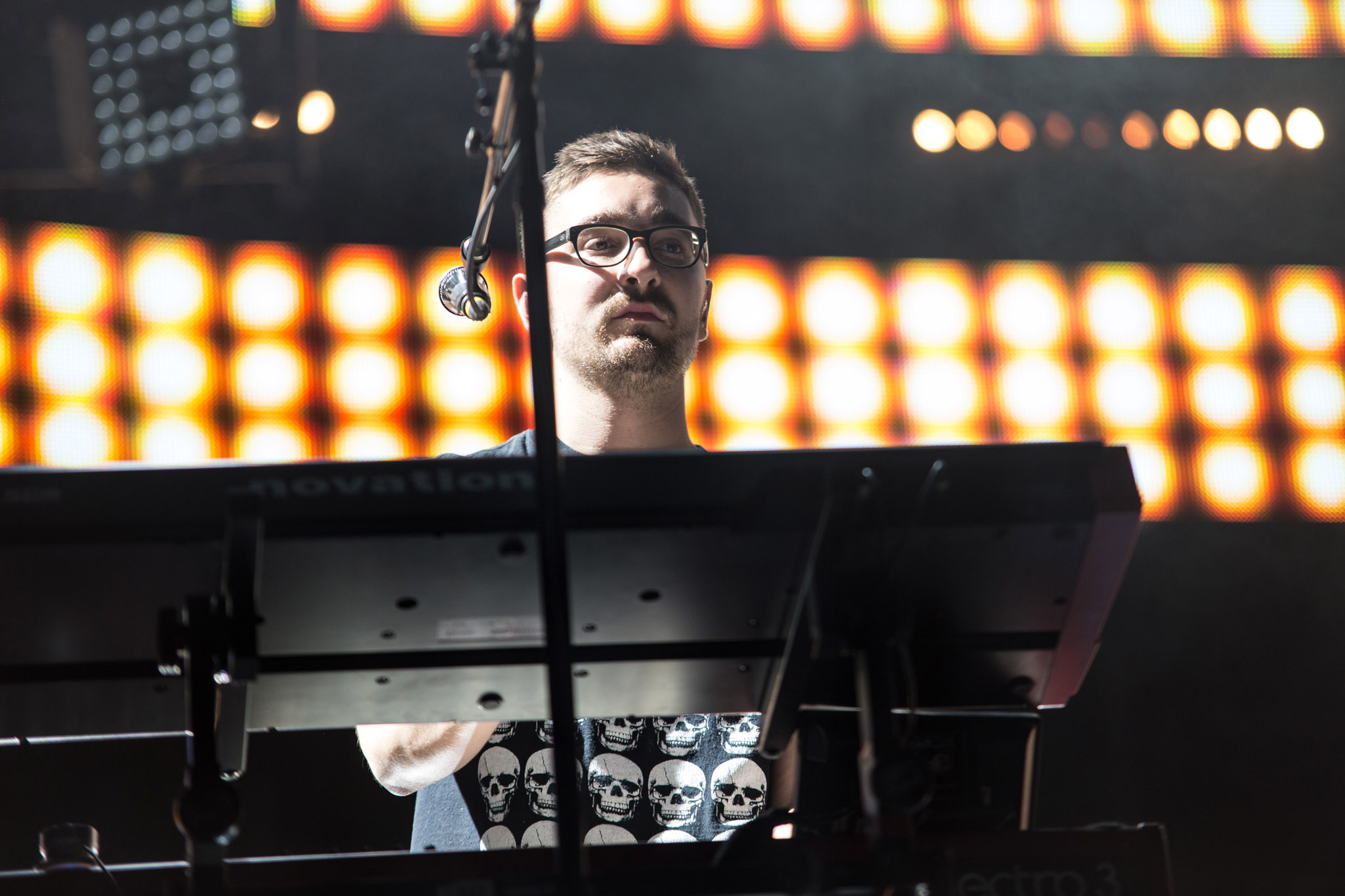 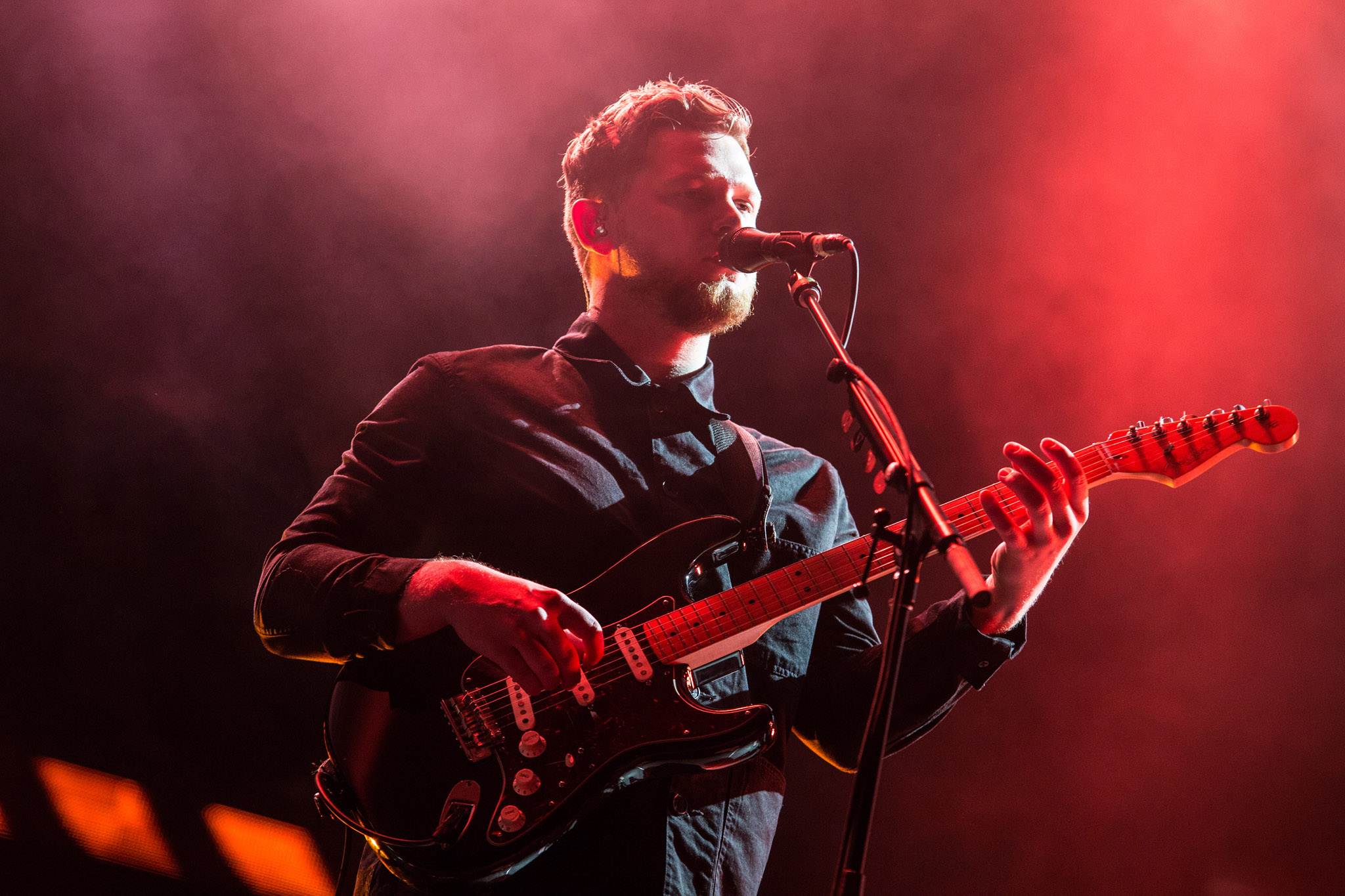 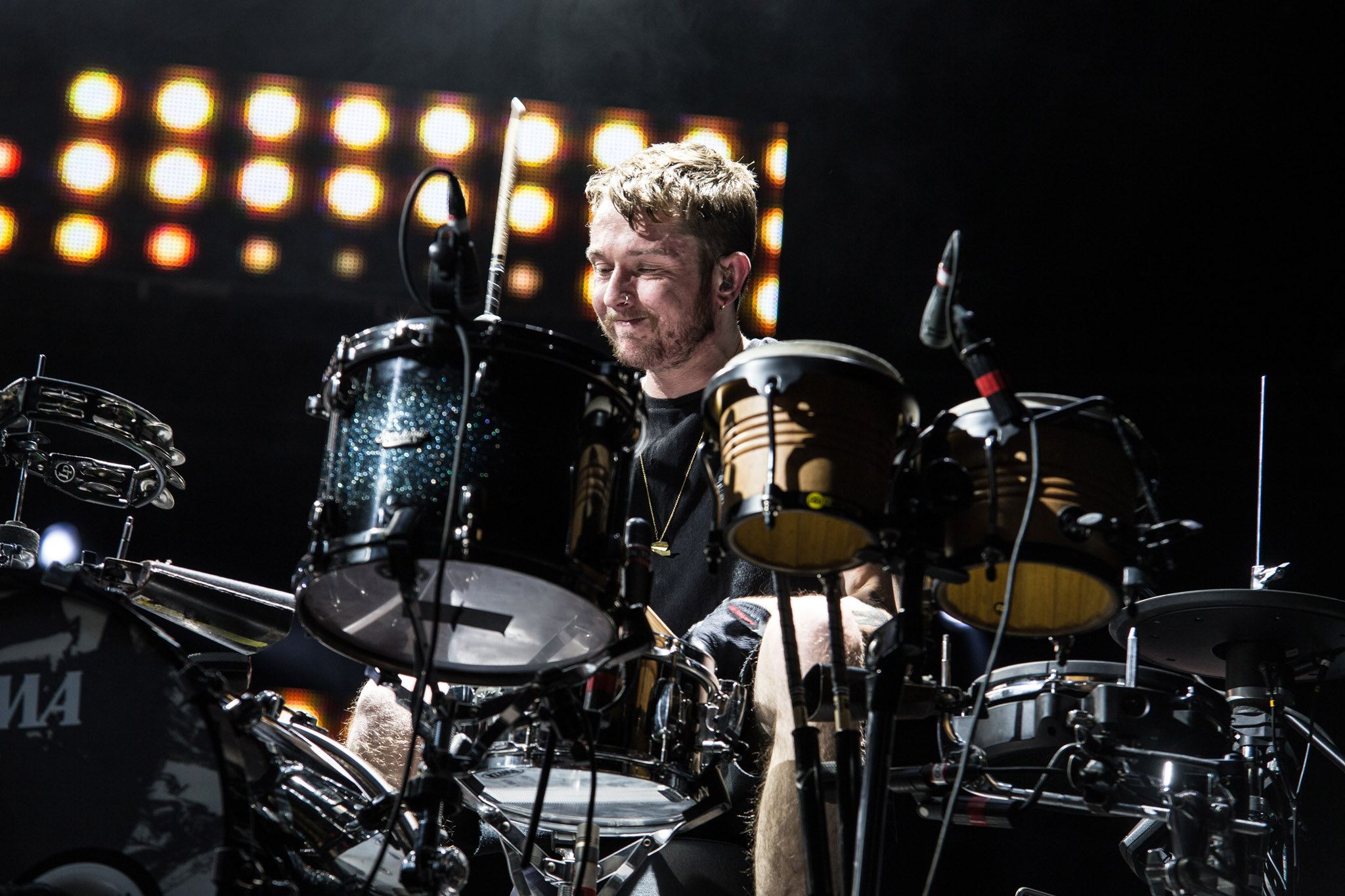