Witty, self-deprecating, cynical. Three years ago, there were all manner of opinions floating around about Spector and their debut album ‘Enjoy It While It Lasts’. While the band flirted with the boundaries of fist-pumping, sparkling indie rock’n’roll, injecting it with a sense of sarcastic pomp, needless to say some naysayers just didn’t get the joke.

Fast forward a bit and it wasn’t just the cynics who weren’t sure about the band anymore. With a second album staring them in the face, Spector realised it was time for a change. It was time to figure out what they were really all about.

“We weren’t a consistent band before,” says always-recognisable frontman Fred Macpherson. “We weren’t very good at understanding our own preferences or who we were really. We were just a set of disparate ideas and a desire to be whatever. I think now, having taken some time, we make more sense.”

By most standards, the time it’s taken for Spector to present the world with ‘Moth Boys’ isn’t exactly monumental, but these two years were crucial for the group. It gave them the chance to reassess their position in the world, and work out exactly what they were all about.

“I think the main thing,” begins keyboardist Danny Blandy, as the pair sit outside DIY HQ on a scorching summer day, “is you have to know what you are and what your fans like you for. If you try and get too many ideas too far from your station, it doesn’t quite work that way. It’s good to stay grounded.”

“We didn’t know what Spector was before,” Fred confirms. “We’d have a meeting about it and as a band we were like, ‘Does this mean we’ve got to write songs about cars? Do we need to pump your fists in the air?’ At the time we made ‘Enjoy It While It Lasts’, I was pretty much only listening to The Killers’ ‘Sam’s Town’ and The Walkmen’s ‘You & Me’. It was the lyrics and sentiment of The Walkmen meets the fist-pumping Bruce Springsteen-with-a-bit-of-synth of ‘Sam’s Town’, with some Gaslight Anthem on top of that! That’s not what Spector is; it’s the heart and soul behind that, it’s not the sound or the production.

“This album sounds different but it’s still very much the same,” he says, returning to the subject of their forthcoming effort. “It’s sort of when you begin to trust yourself and say, ‘Oh, maybe you can allow yourself to have a little bit of yourself. It’s not gonna be about you, but that you trust it in terms of having yourself at the forefront and that’s what’ll make you unique’. I think we spent the time and I think our visions began to unite. We actually started to have a bit of clarity. Before, especially with Chris [Burman, the band’s former guitarist and synth player], there were a lot of agendas - not in terms of just musically, but more in that we had different ideas of what we wanted to achieve as a group. Not all of them were completely wholesome. There was more irony and more self-awareness and a keenness to second-guess ourselves so that no one, other than us, would have the last laugh.”

“We weren’t a consistent band before. Now, having taken some time, we make more sense.”

With the departure of Chris, the four-piece found themselves soon reorganising: Danny moved from drums to keyboards, they remained one guitar down and decided to all take responsibility for writing drum tracks. Turns out, it was exactly what they needed.

“Our relationship with synths changed,” Fred goes on. “We started to engage with keyboards and synths and pianos as a writing tool, not just as a production tool.” They also found themselves wanting to use their songs to offer up more than just self-aware jokes. “I think we got bored of… We do love laughing and making jokes and stuff, but it became more important for us to actually see the good in our music rather than just see the bad in ourselves. We’ve been so critical in the past that it might’ve looked like we didn’t care,” Danny speaks aloud at the same time, “but it was actually that we cared too much.”

Their newfound outlook seems to suit the band well. Not only does their music flow with a confidence that was perhaps hidden on their debut, it seems to perfectly soundtrack the lyrical vignettes created by Fred with each track. There’s more of an atmosphere to the record, which shimmers with brightness and masquerades the certain seediness and sadness of the stories he tells. Songs like ‘Don’t Make Me Try’ and ‘Decade Of Decay’ may sound breezy on first listen, but they bear a much more sordid edge.

“I think that’s the way growing up that you experience things,” he says, reasoning the darkness’ place within the record. “You have experiences of things that are seedy in bright and breezy circumstances. I remember going to music festivals aged 17, and experiencing odd things for the first time. All around it’s sunny and people are having fun, but there’s all of these dark moments. That’s how, you know… Dark things don’t always happen at the end of some dark alleyway and that’s what I think this album is about. The music gives this feel of driving or hanging out or partying, in amongst which you have the realisations of whatever.”

Granted, the irony and self-awareness of their old work still has its place on ‘Moth Boys’, but it’s less concerned with preservation; more a commentary on modern life for the twenty-something to relate to. The four-piece are no longer having to look over their shoulders now they’ve found their sure-footing. They’re ready to start singing more than just those songs about cars.

“We had to go away and regroup and ask, ‘Who are we?’ and ‘Is this what we want to be doing?’” Fred says in conclusion. “Those of us who didn’t have walked away, but those of us for who it is the right thing, we’re still here. I think we’d only ever make albums if it felt like they had worth. I’m not saying this album is a ten out of ten but I do think that, with at least half the songs on it, I’m glad they exist. A song like ‘All The Sad Young Men’, I’ve never felt that way about a song before. I think it warrants its own existence and I think that’s all you can hope for from a song. There are so many songs in the world, you can hear everything, and some stuff just passes you by.

“That’s not to say that this will be for everyone but I think there are people - I know there are people, I’ve already met them - who a song like this can mean quite a lot to and can have a positive effect on its life. That has to be what music is there for, not only to entertain but also to help us understand elements of our own life. To soundtrack experiences and to help us make sense of them all and enrich them.

“We did take a while,” he admits. “We could’ve put an album out much sooner, and it wouldn’t quite have been Spector 2.0, but now that we’ve achieved that, I feel like we can now start writing knowing that it’s coming from an honest place, that we’re not trying to play a trick on ourselves.” 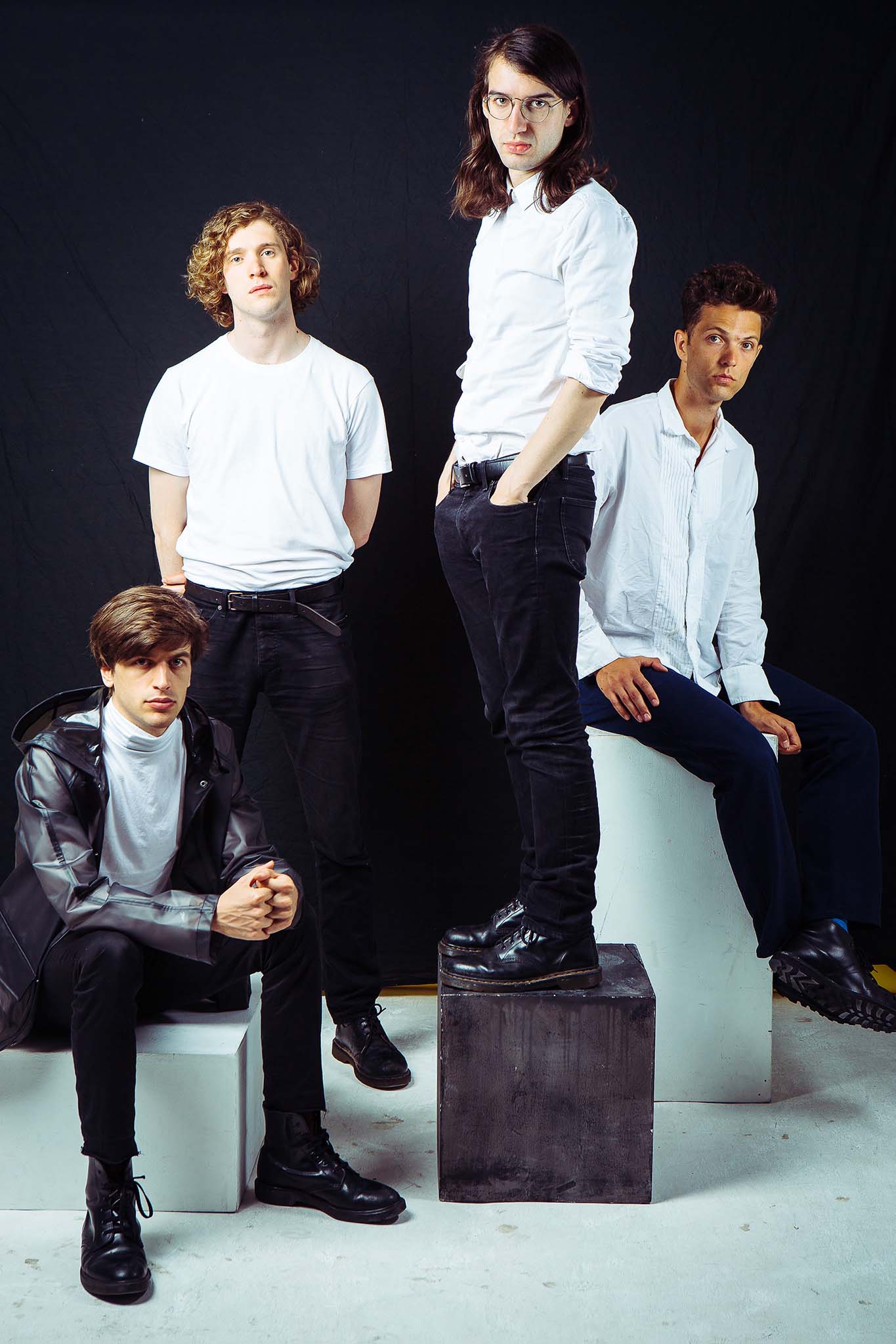 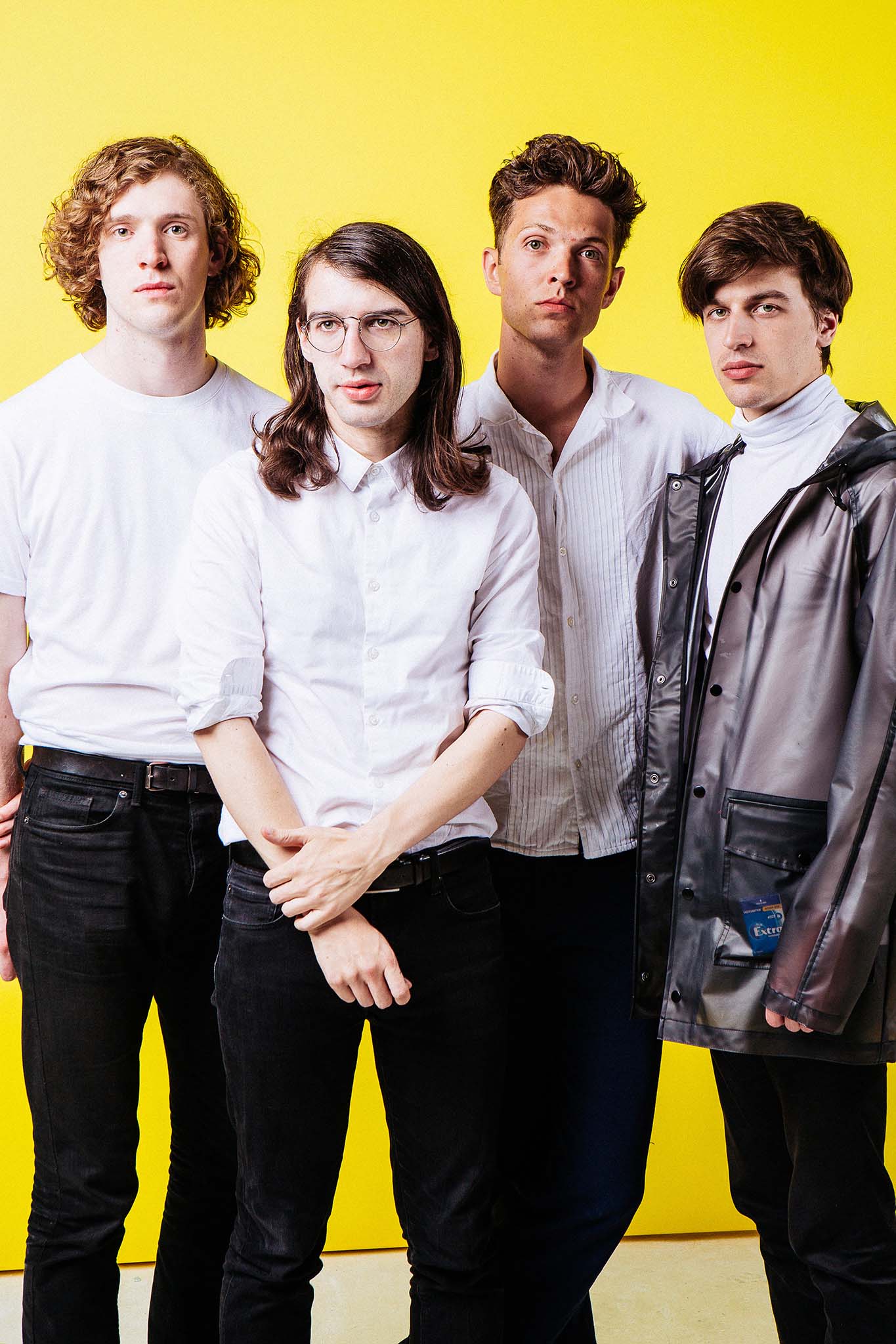 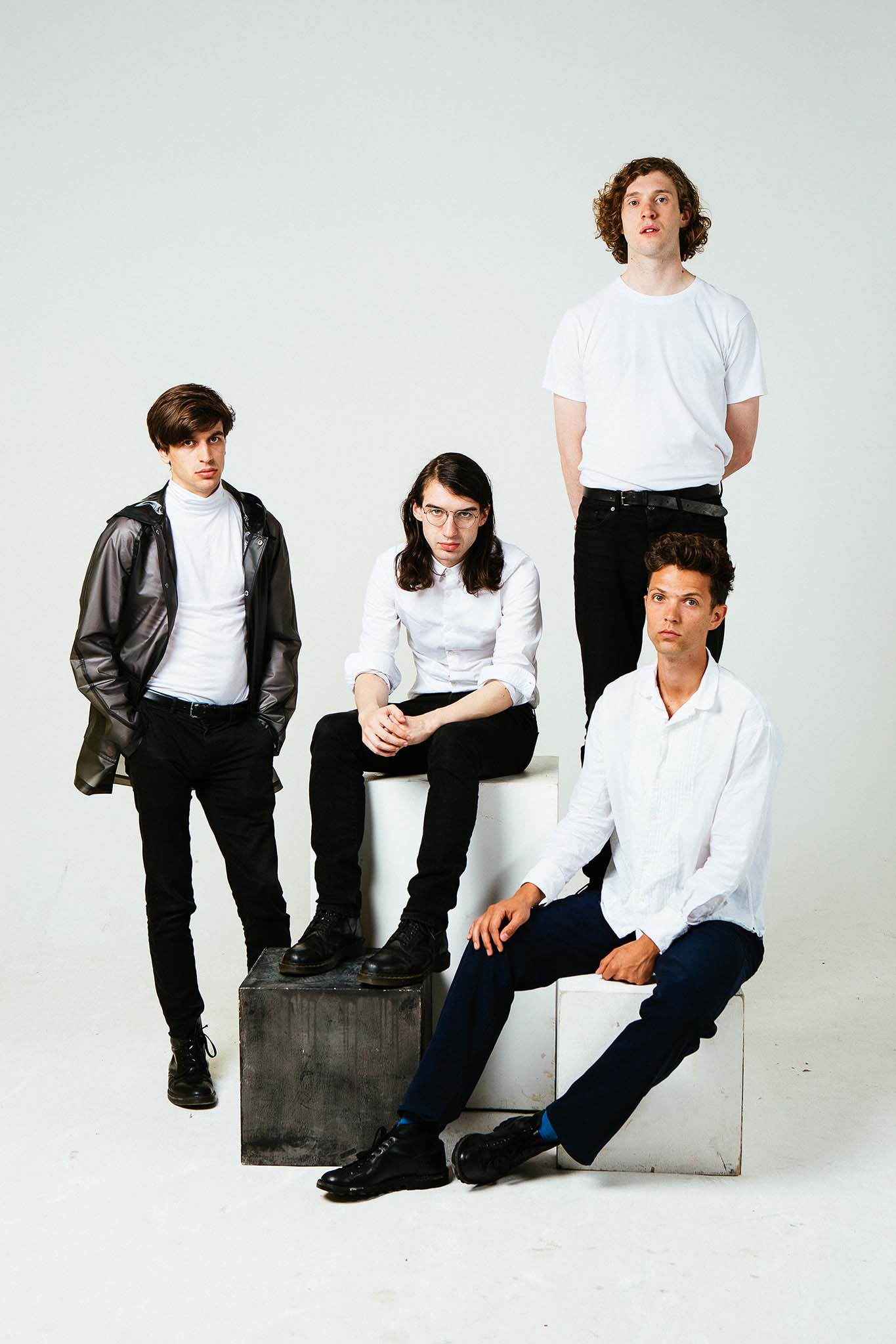 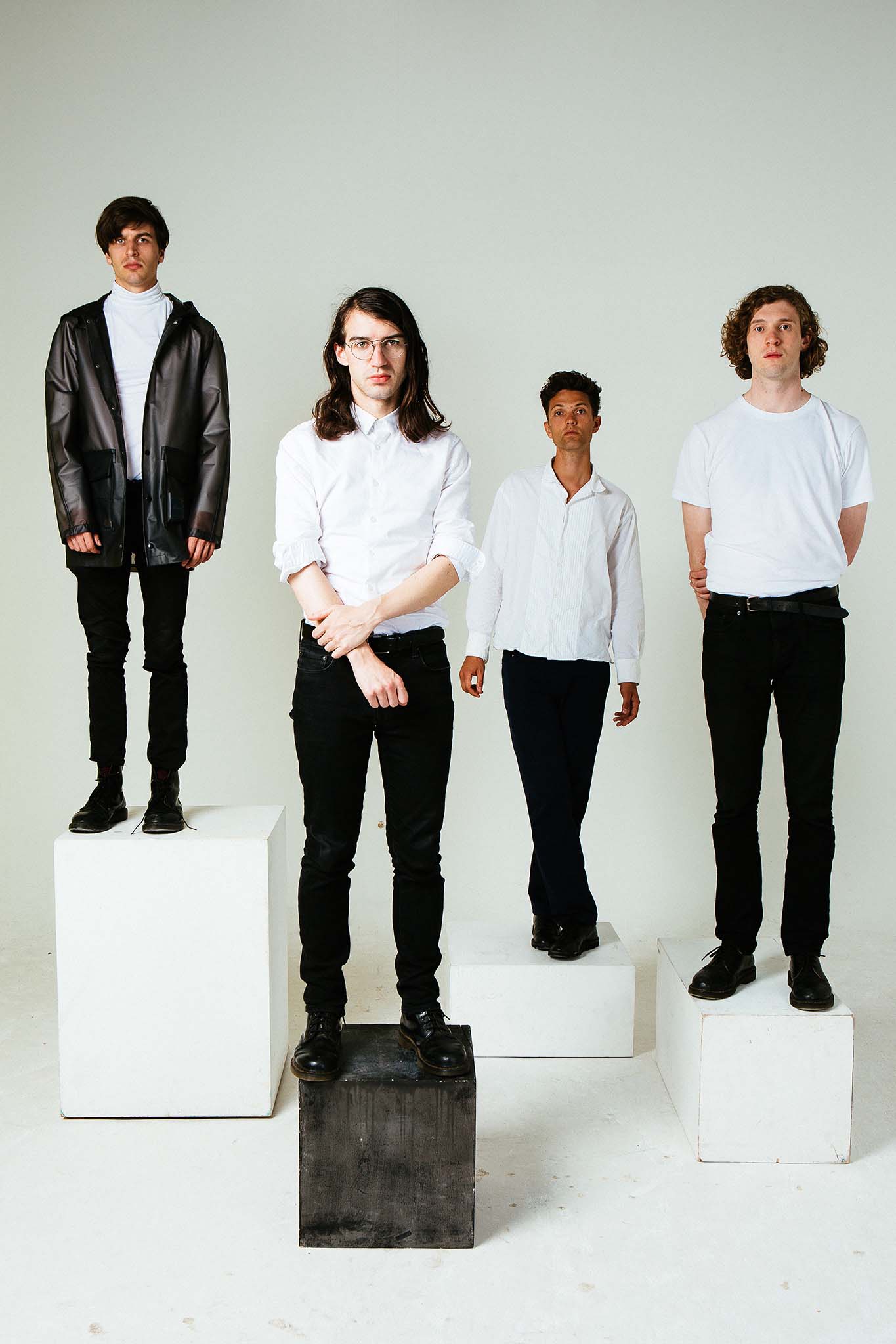 Taken from the August issue of DIY, out now. Spector’s new album ’Moth Boys’ will be released on 21st August via Fiction Records.

Spector offer up new single ‘No One Knows Better’

Their new album, ‘Now Or Whenever’, arrives next month.