Having already released two albums and an EP this year via various ventures - as Sweet Valley and Spirit Club, as well as his collaboration with Cloud Nothings - Wavves mastermind Nathan Williams is doing what comes most naturally; releasing another record. Originally a solo bedroom producer project, Wavves is now a fully-fledged band and all the better for it. Taking a break doesn’t even seem to have occurred to him. “Only to do these interviews,” Nathan laughs.

“I really don’t do anything else,” the frontman ponders. “If I don’t do something musically, if I don’t record for a day, it’s like an itch that I haven’t scratched. Even if I record something and end up trashing it, I like to go through the process each day. It’s like…” he pauses, before chuckling. “This is disgusting, but it’s like shitting - recording is like shitting. If you haven’t done it you’re like, ‘I need to do this every day.’”

Much like bowel movements, writing and recording are necessary parts of Nathan Williams’ life. “I just became partner in a studio in downtown Los Angeles with a friend of mine,” he enthuses. “So we’ve got this studio now that we can use to do anything. I don’t even think about it as some sort of job. It’s what I like to do. I’d rather stay busy than let my mind wander and get into a dark place. Recording music is what makes me happy anyway, so it works out well.”

The latest product of Wavves' recording time arrives in the form of 'V'. As passionate about their music as the band may be, however, it’s not all been plain sailing. Upon announcing the release of the new record, the group found themselves in the midst of major label differences. “I’m not entirely sure what happened. I don’t know what the fuck their deal is,” Nathan laughs. “I don’t think I have a bunch of fans at that label to be quite honest with you. They were just telling me what I could and couldn’t do. They’re not their songs.” he explains. “It’s a giant corporation, and for us, this record is very important. It’s more than important, it’s dire to us, it’s our life. For them it’s not even just another record; I don’t think it’s anything to them. I should probably not say too much…”

Their most collaborative album to date is a storming mix of scuzzy riffs, youthful angst, and driving optimism. “I think it’s a little more realised,” Nathan says of the release. One third of a trilogy, ‘V’ links with Wavves’ first two albums ‘VV’ and ‘VVV’. “It’s not like some story that goes through – it’s not like Star Wars or Lord Of The Rings,” the frontman jokes. “But there is a lot of stuff in there. With this one, with ‘V,’ it’s not just about the v pertaining to the v’s in the other titles of the previous records. If you look up the cover, there’s a lot of stuff in there that explains this record, and what Wavves is about.”

The artwork in question is based on the ‘Five Of Cups’ card from a 1910 tarot deck by Rider Waite. A hooded figure stands surrounded by cups - three knocked over, and two standing - and they’re staring at the three fallen ones, signifiers of loss. In the background, there’s a fortress, which in tarot represents security at the cost of seclusion. Meanwhile, they’re totally ignoring two standing cups, a river, and a bridge leading safely to something new. If only the figure were to turn round and see them. 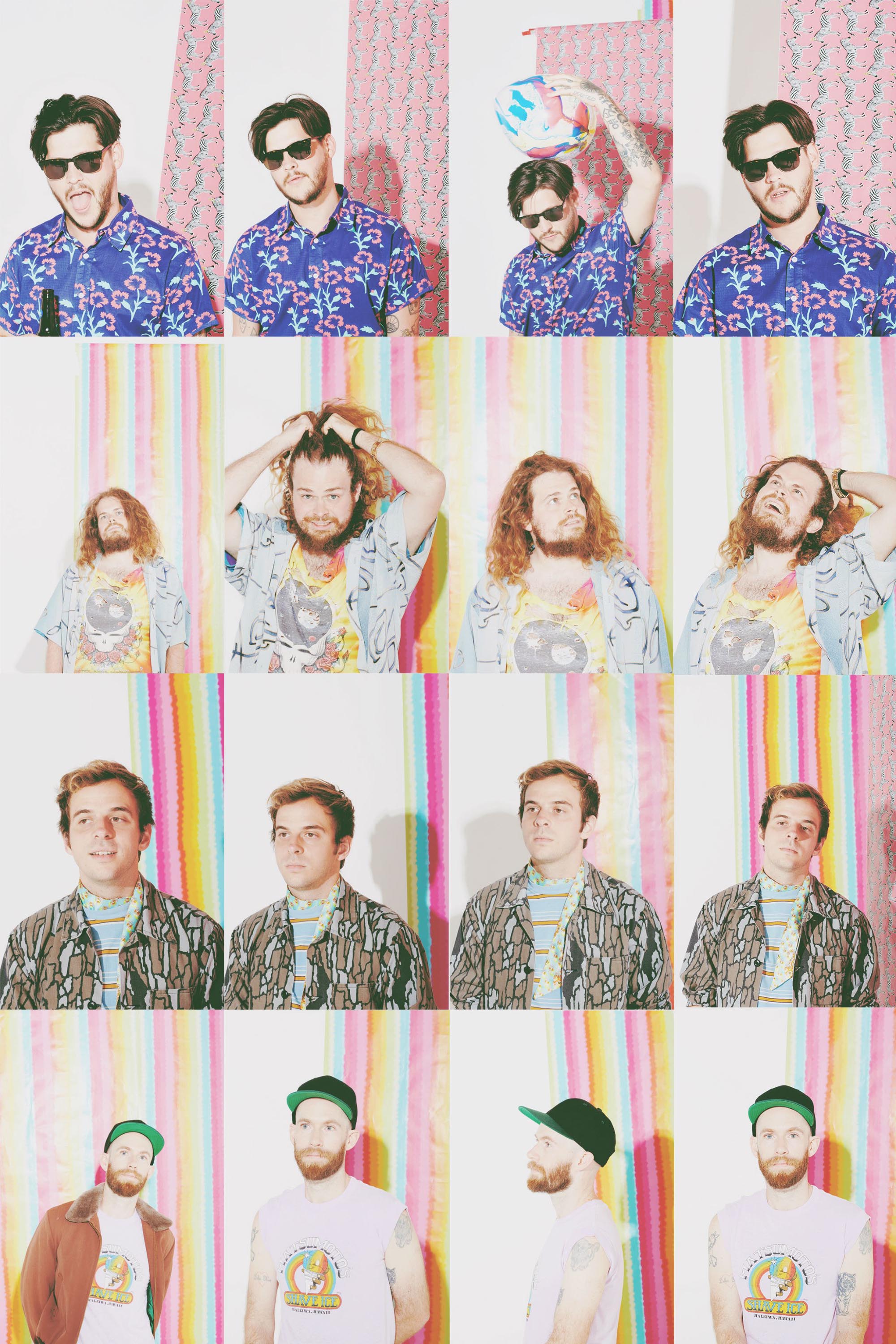 “I’ve had friends that just give up completely because someone reviewed a record poorly.”

While the album may not have a narrative, it’s filled with the same combination of desperation and aspiration as the artwork, a duality that Wavves are very much conscious of. “It’s what I would tell myself when I was younger,” Nathan explains. “It’s okay to be yourself. It’s okay to be sad sometimes. It’s okay to be depressed sometimes, and that’s just a normal thing.”

Wavves are no strangers to life-affirming statements. “A lot of kids come up to you after shows and tell you that the stuff that you said, the stuff that you sang, helped them through suicidal phases, which has happened multiple times,” Nathan remembers. “We take it all pretty light-hearted, but when stuff like that happens you realise that this is important. It’s as important to these kids, if not more important to them, than it is to us. I don’t want to let anybody down.”

Five albums in, Wavves show no signs of tiring from the constant high standards they set themselves. It wasn’t always viewed that way. “When I first started doing this there were people who thought I was a one trick pony,” Nathan recalls. “There were multiple journalists, magazines, and websites that said, after something like Primavera [in 2009,] that I was never gonna play another show.”

“It’s taught me to handle criticism,” he continues. “That’s something that people don’t always really think about, but I’ve had friends that just give up completely because someone reviewed a record poorly, or someone said something about them.” Nathan pauses, choosing his words carefully. “If you want to do something, just do it. You don’t need to overthink these things. If you work hard at, mostly, anything in life, you can probably succeed at getting it. Sounds cheesy, but it’s true.”

Wavves’ new album ‘V’ is out now via Ghost Ramp / Caroline International. Taken from the October 2015 issue of DIY, out now.