“What?” Julien Baker asks, dropping her chirpy Southern American twang into a deep, neutral drone, laughing off the notion that she’s an uncharacteristically bubbly conversationalist. “Did you expect me to sit here being this broody Morrissey type?”

Baker is right to mock that notion. No artist should be expected to play their personality up, or down, to their art. But when that artist’s music is as dark and emotionally enveloping as Baker’s it’s hard not to build up a mental image of the person who performs it.

Her debut album ‘Sprained Ankle’, given a full release by 6131 Records last year, offers stark insight into the Memphis singer/songwriter’s struggles. When she confesses on the title track that she “Can’t go to bed without drawing the red” and when she desperately pleads for nurses to “Lie and say it’ll be alright” as she’s laid up, entirely defeated in a hospital bed on ‘Brittle Boned’, she does so entirely autobiographically, just as she does when she makes reference to substance and alcohol abuse problems throughout the album. Factor in Baker’s age - she’s only twenty years old today and was only seventeen when the album was written - and it’s impossible not to attribute the album’s stories to a tragic narrator. Yet, here in the vestry that has become her makeshift dressing room at St. Pancras Old Church in London before her sold out debut show in the city, Baker is anything but tragic. 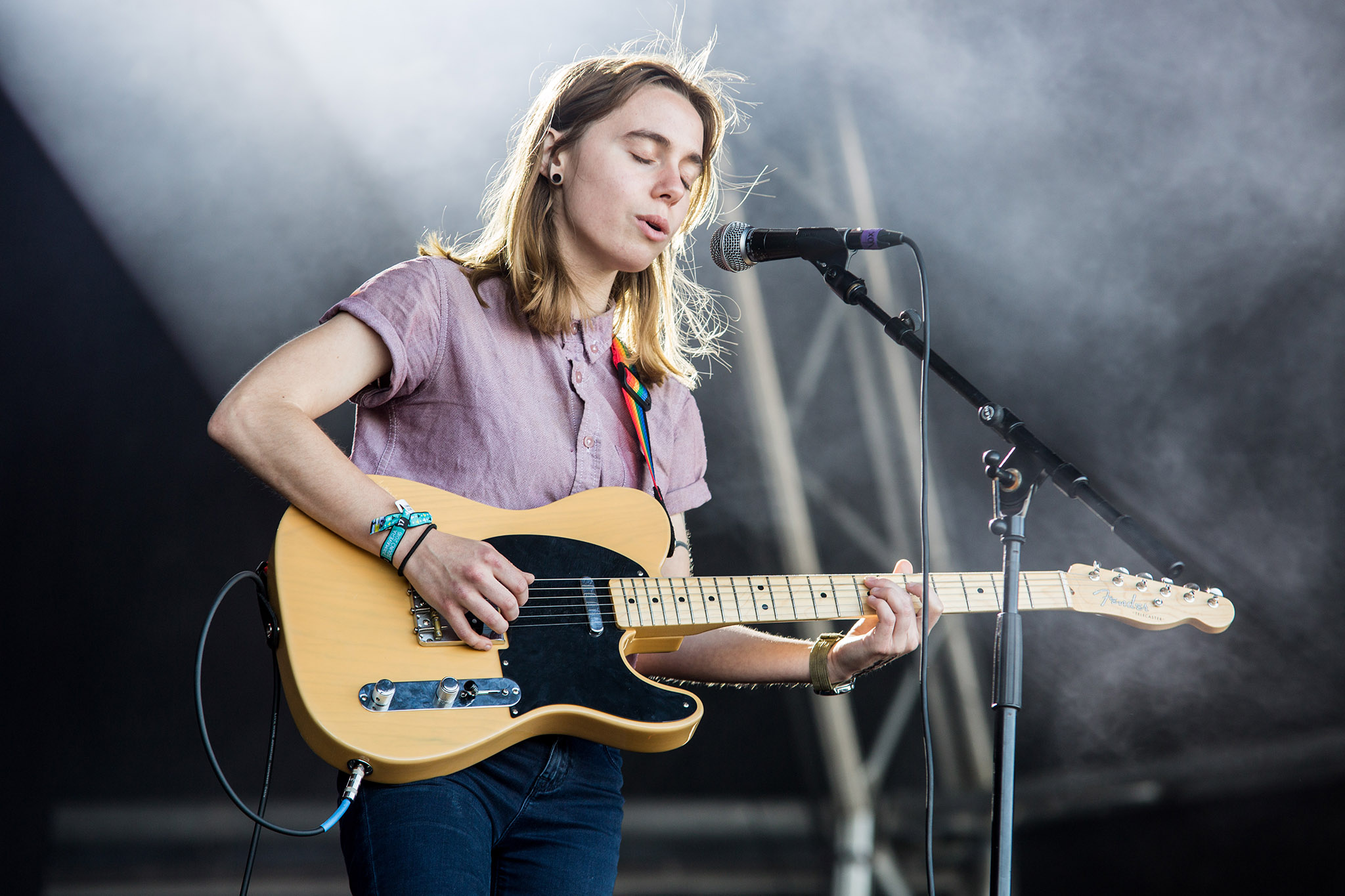 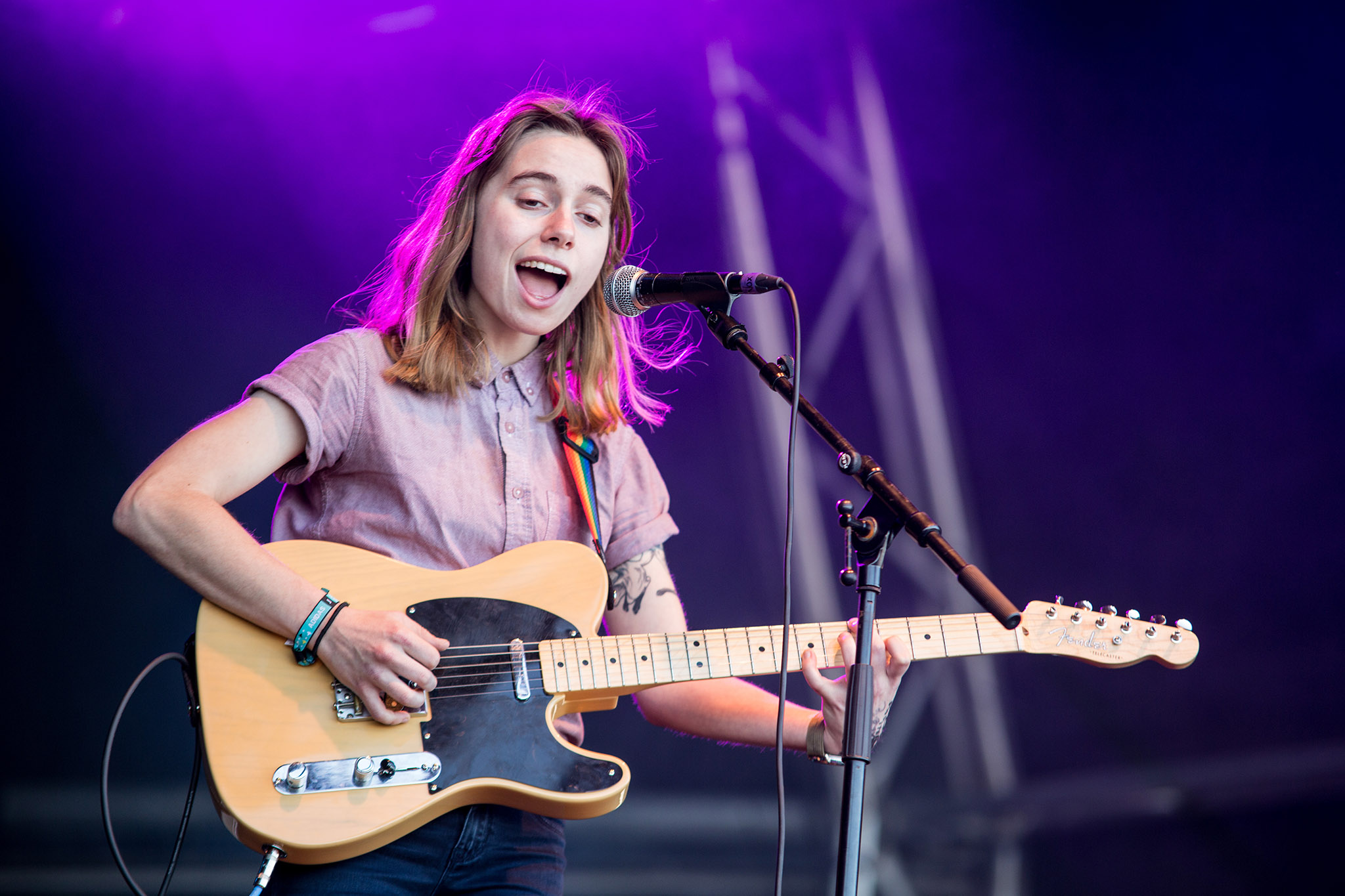 “I want to champion self-love and self-improvement.”

In defiance of both her anxiously self-critical lyrics and the countless scab-picking profiles written about her in the months since ‘Sprained Ankle’ started gaining traction, Baker’s chirp and enthusiasm is staggering. At barely even the slightest provocation, she gushes about fellow musicians; speaking with gratitude at being able to call the cream of the US rock crop - Modern Baseball, and vocalists Cam Boucher of Sorority Noise and Dan Campbell of The Wonder Years - friends as well as peers, and recalling with wide-eyes the time her band Forrister supported Joyce Manor in her hometown. “Sorry,” she apologises, realising that she’s gone off-topic before a topic was ever even decided upon. “I love just palling out about music and talking up fellow musicians. I’d rather talk about how cool Cam and MoBo and Dan and Joyce Manor are than talk about my stupid sad bastard music.”

Be that as it may, it’s that ‘stupid sad bastard music’ that sees Baker building an appreciable reputation as one of the best young musicians on the planet. It’s that same music which has sold out two London dates with little to no press coverage in the UK. That music is striking chords with people – lots of them – and that’s something that’s ended up contributing to her gregarious demeanour.

“You won’t believe this,” Baker warns, aware of her own forthrightness, “but I’m actually really shy. I used to be really shy in high school and I had negative coping mechanisms with that. Instead of being mindful of my own self-rhetoric, I would just let it spiral into telling myself that everyone thinks I’m dumb and I’d use social lubricants - like substances - to make myself feel more comfortable. Now, my whole job is interacting with people. Cam from Sorority Noise is the same way actually, he realises that if he doesn’t let himself come across totally chipper on the front end, he’ll let himself isolate. It’s the same thing with me.”

“Sometimes I’ll do interviews where it ends up with them going, ’Tell us about your substance abuse past!’” she reveals with an eye-roll. “I’m just like, ‘dude, I’ve moved on’. It doesn’t bum me out because I’ve done the hard work and got past it. It’s important and meaningful enough for me to think that this is definitely something worth talking about, but when it’s interview after interview... I did one interview where we talked about Smith7 [an informal organisation that gives young musicians a safe place to participate in Memphis music] and how important punk was to me and then we spoke for five minutes about how I used to have a substance abuse problem and then the interview comes out and it’s like ‘Julien Baker, once a substance abusing addict...’ and it’s just… I’ve spent over six years now trying to escape that stigma and be a better person and yet it’s like these interviews want to define me by that rather than the things I want to champion like self-love and self-improvement.”

It might seem odd that someone wanting to champion those things would sing such self-flagellating lyrics, but ‘Sprained Ankle’ does have undertones of positivity and hope. For starters, the album title itself is a nod to recovery. “If you have a sprained ankle and you favour the other leg or don't use that muscle, it will take longer to heal than if you just work through the soreness,” Baker explains. “I was in college and going through some emotional pain and turmoil, grappling with some circumstances that were pretty negative, so I made the comment that sometimes going through that pain is like walking on a sprained ankle. It's like, when you wake up and you feel that it’s too bleak to even get out of bed, you do it anyway for the hope that things will improve.” 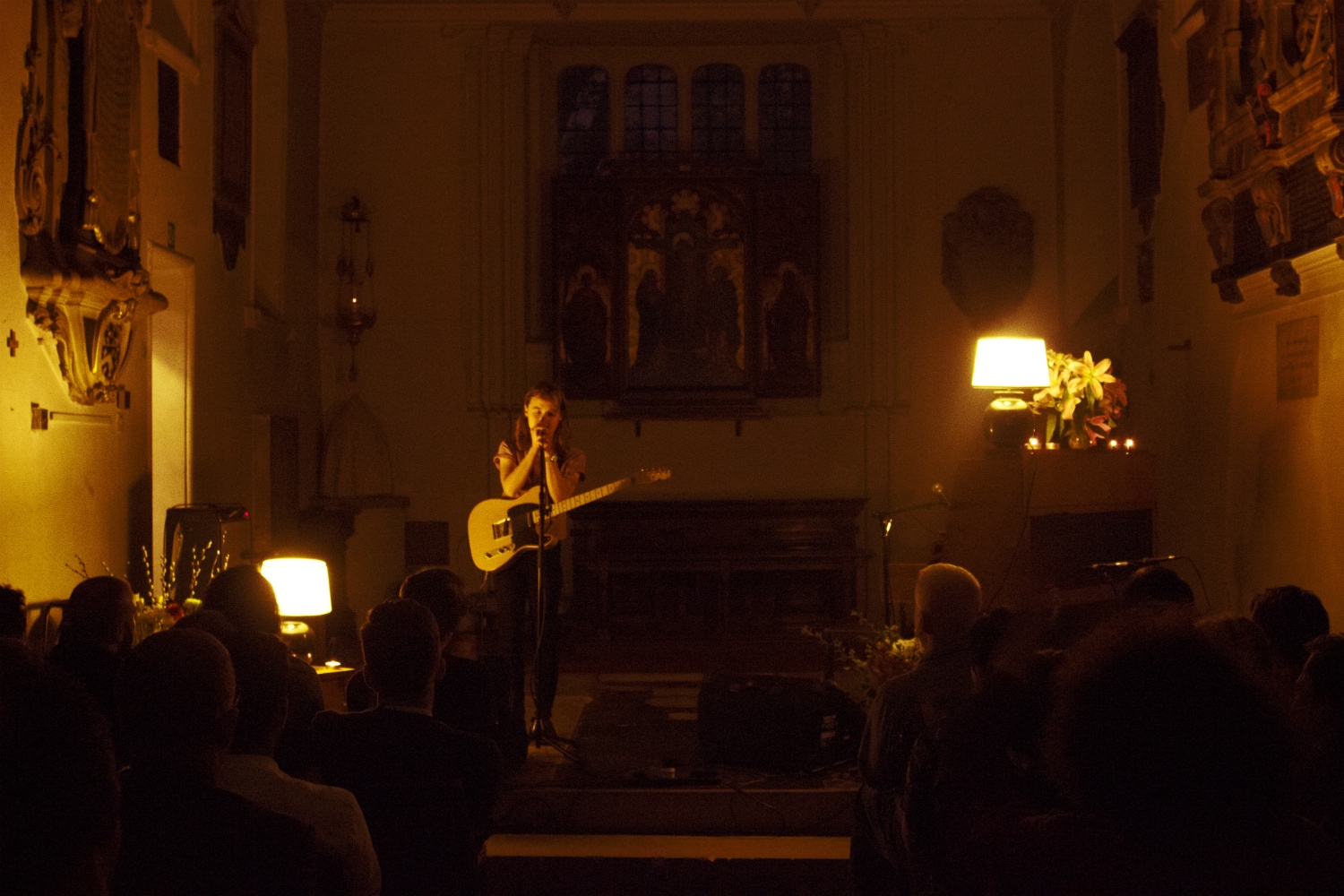 Fittingly, given the venue she finds herself in tonight, the other beacon of hope in Baker’s music is her faith. It would be wrong to categorise Baker as a ‘Christian artist’, but both her life and, by extension, her autobiographical songwriting are informed by that faith. “I’ve never wanted to write a religious record or a praise record. There’s a C.S. Lewis quote that sums up how I feel about it that goes, ‘I’m not looking at the gospel, I’m looking at everything else through the lens of the gospel’.”

But that lens isn’t always rose-tinted. Speaking of her lyrical content and what keeps her songs from straying into ‘angsty’ territory, Baker knows that it’s unquestionable honesty that keeps her music grounded – and that extends to honesty about her religion. “You can have some real legitimate feelings about love, cause love hurts worse than any other emotion we experience. The thing that hurts so much even about religion is that you feel abandoned because you want something to love and love you back.”

At the apex of her set tonight, Baker sings about exactly that. Closing her eyes towards the end of ‘Rejoice’ as she sings to God, “Know my name and all of my hideous mistakes”, Baker is in acceptance of her past and wants God to accept it too. Whether He will or not isn’t for anyone to say, but tonight those words resonate particularly strongly as they reverberate off the high church walls and ceiling.

Besides, it’s Baker’s present that’s more important. From the raw emotion of her performance tonight that effortlessly engulfs all in attendance, to the seemingly endless reel of YouTube videos that have her performing flawless renditions of her songs, to her most recent output – covers of Death Cab For Cutie’s ‘Photobooth’ and Elliott Smith’s ‘Ballad Of Big Nothing’, as well as new original song ‘Funeral Pyre’ – her momentum doesn’t look like it’ll stall any time soon. And after everything Baker has overcome, despite all of those ‘hideous mistakes’ in her past, that’s as good a reason as any for her to be so cheerful.