JAWS are a rare case - a band who managed to survive the hype. After losing a member (bassist Jake Cooper left for ‘personal reasons’), it hasn’t taken long for the Birmingham band to start pushing their sound into new directions. “It felt like we had more to say than ‘Let’s go the beach’ when we were writing this album,” jokes frontman Connor Schofield today.

Connor is a mellow presence, yet there’s a tone to his voice that suggests he can’t wait to get back out on the road; back in the thick of it. He’s taken on a job in a shoe shop to kill the dullness. “When you come home you feel a bit lost,” he admits. “I’ve had to go and work to save me from losing my mind to pure boredom.”

Their second record’s story began some time ago. Recorded at Veil studios in Worcester with Gethin Pearson, true to its name, ‘Simplicity’ was done quickly, turning over a track each day. This approach proved tough for the band. “It was so intense,” Connor says, “but we knew it was going to be like that. It was a case of getting up at eight in the morning and going to bed at four in the morning. The producer and engineer were so confident in us, and the songs, that it kept us going. That and pizza,” he smiles. “We had a lot of pizza.” 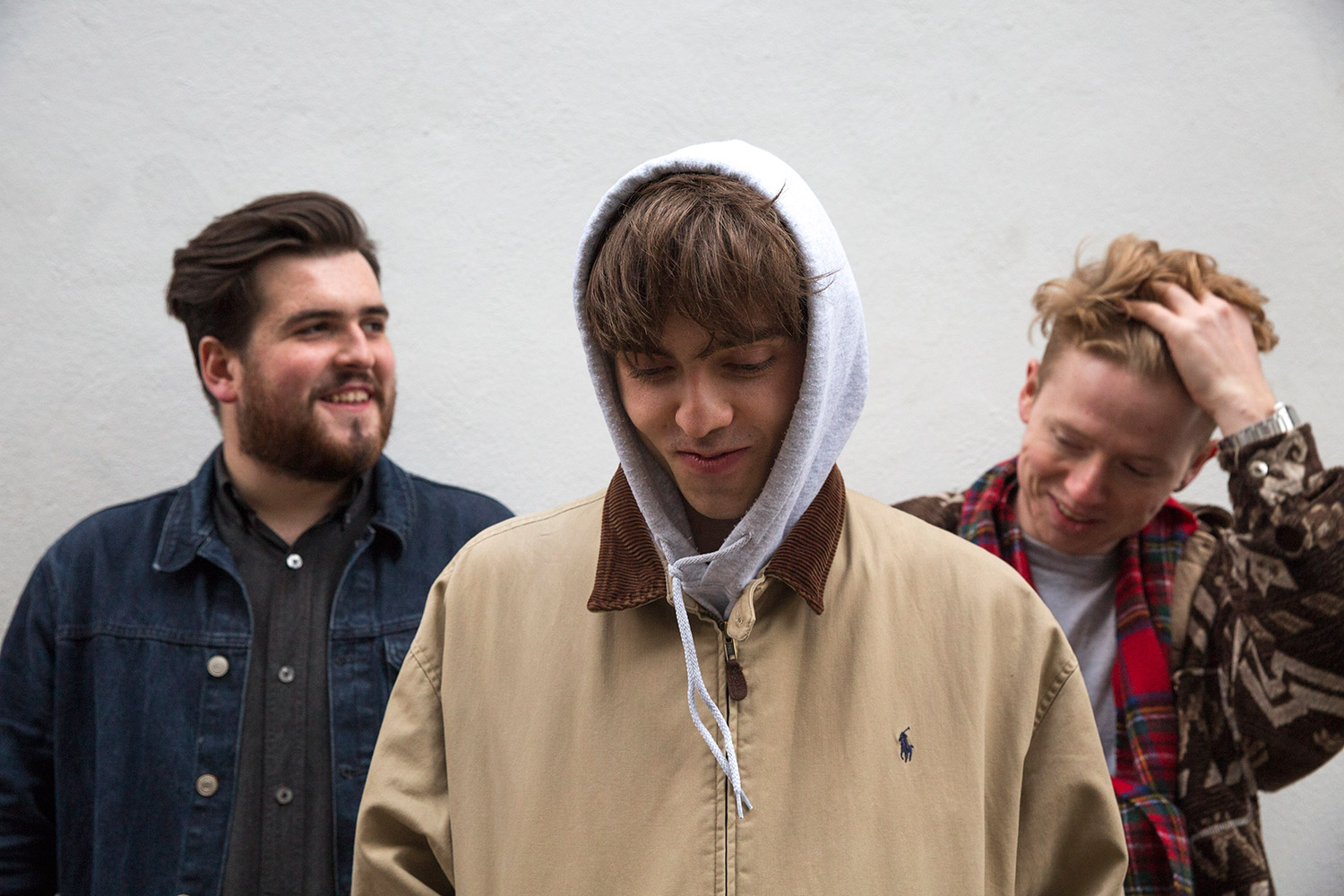 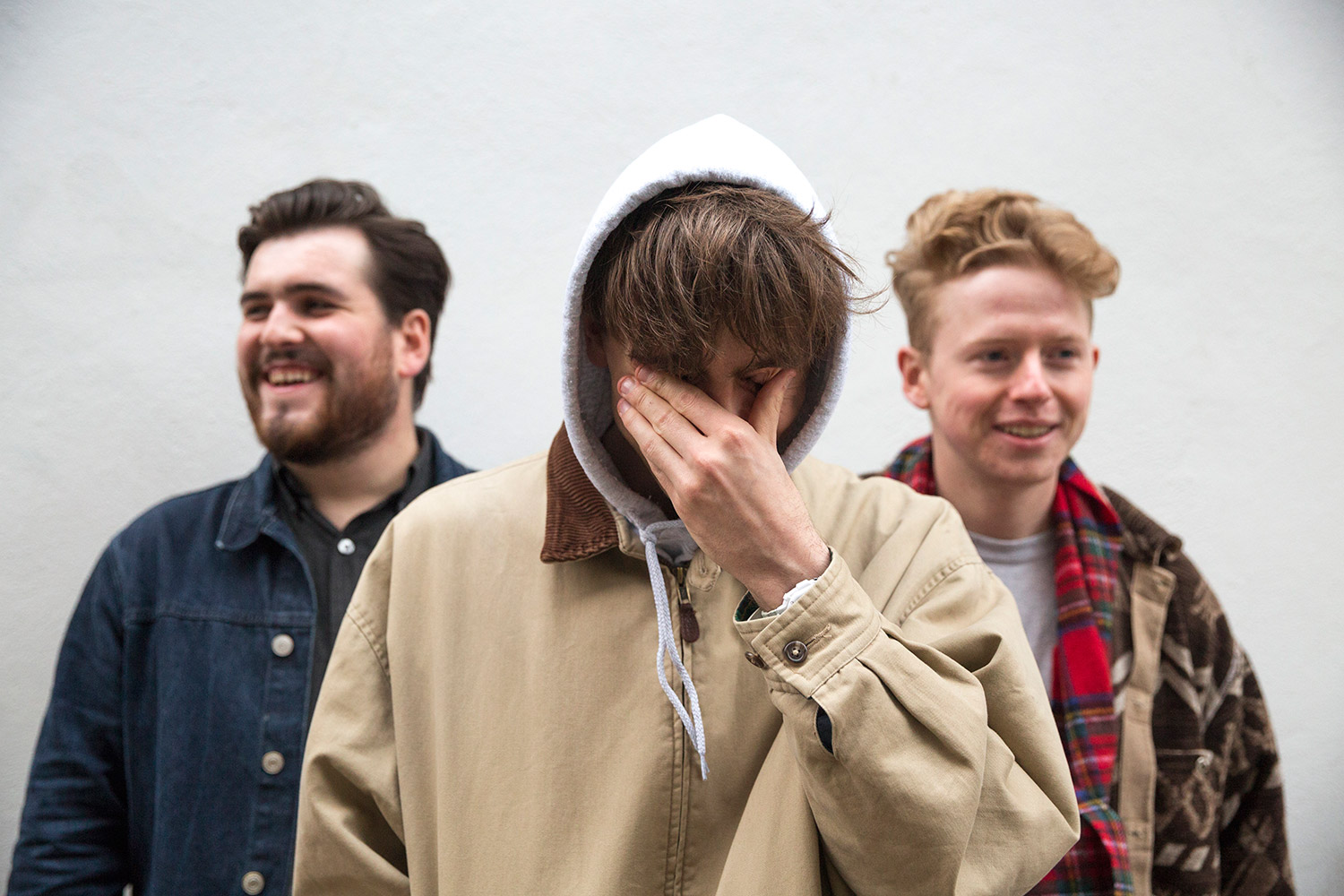 It hasn’t all been plain sailing, mind. Recording as a trio wasn’t something they’d experienced before. Upon broaching the topic, Connor takes a lengthy pause and tries to dig around for words which won’t offend. “Yeah, that was a bit of a nightmare,” he says. JAWS, after all, are mainly driven by Connor, who writes the music as well as assembling the bare bones and structure of each song.

There were a massive amount of songs in the bag this time around, and it was quite a straightforward process cutting out the dead wood, Connor says. “The good ones were the ones that we were always playing,” he reasons. “The songs that stand the test of time and stick with us in the practice room end up being best.” JAWS found themselves with around twenty-five tracks ready to refine. “We write whether we’re alone or together,” he explains. “If I pick up my guitar in a soundcheck and do something cool, then I’ll remember it and whack it into a song. It’s all over the place, but that works for us.”

Despite having the material ready to go, there was no rush behind the record. Connor takes a confident stance on their position, shrugging off any pressure. “We don’t worry about that stuff because we’ve got stronger at writing and playing the instruments,” he says. “Not to sound big-headed but that’s what happens when you play shows all the time and make it your life.” The only nerves that ever creep in, he concedes, arrive during the final weeks before the album hits the shelves. “It’s like, ‘Are people going to enjoy it?’,” he asks no-one in particular.

‘Right In Front Of Me’

In some ways, it doesn’t really feel like JAWS have been away. Keeping a constant live presence, they’ve been drip-feeding us singles along the way too. Now, though, they’re much wiser than before. “Looking back at the first album I might have changed a few things and put different songs on there,” Connor states. “What can you do though? It’s all part of learning how everything works. When we started the band we rushed into a lot of things where we should have been patient. With this record we’ve been a bit more patient.”

It seems to have been the right approach. It only takes a listen to early single ‘Right in Front of Me’ to notice there’s far more embedded in the music. “I just thought, if we want to be taken seriously, I’m going to try and actually say something this time,” Connor says, firmly. “I’m so bad with words it’s funny, but I just tried to express myself better than on the first record.” There’s an underlying attempt to break out of the sun-struck sound that many bands in JAWS’ circles were going for a few years back. Connor agrees. “It wasn’t intentional, but those kind of lyrics would have made the music pointless and dead.” 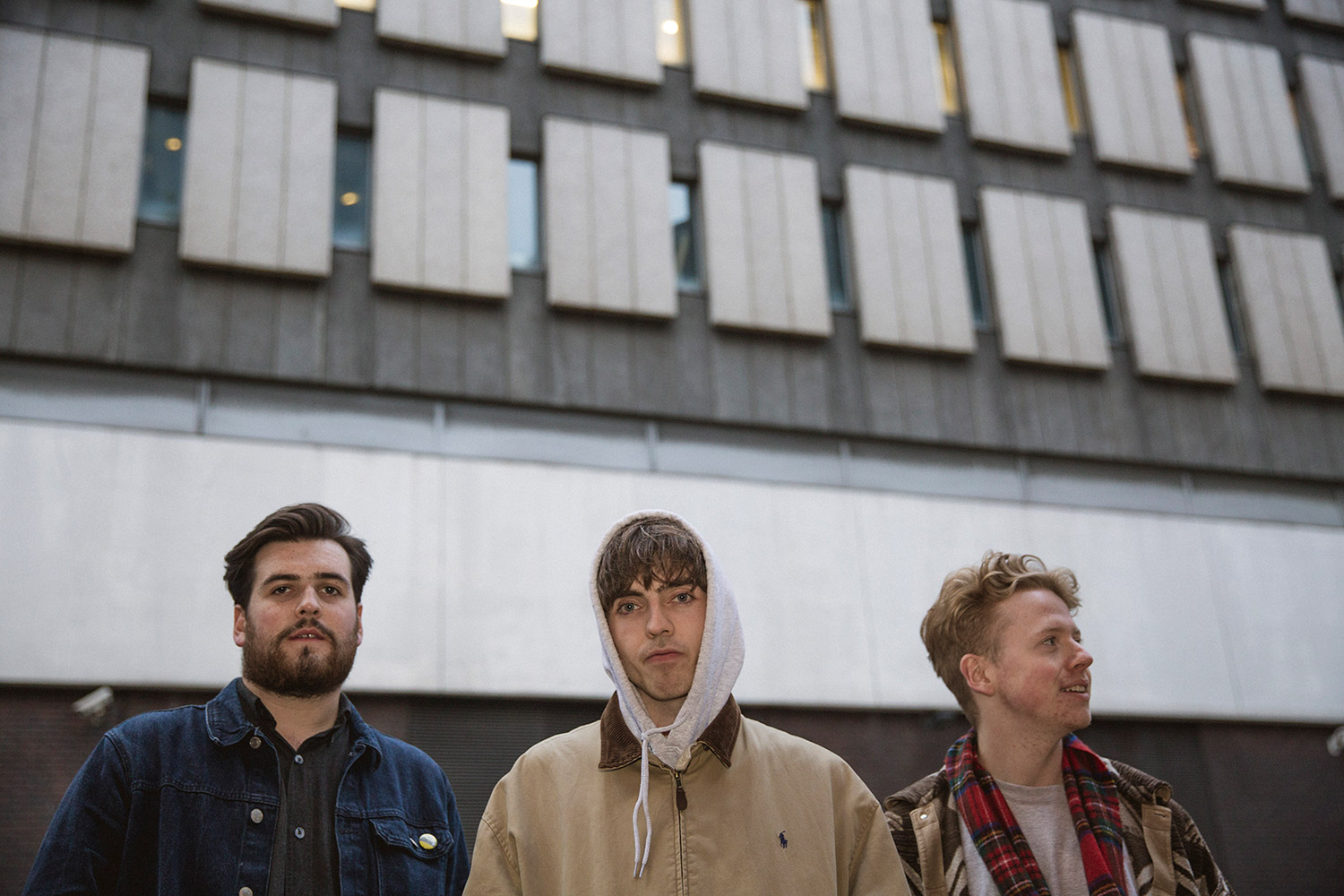 Instead of pondering over the latest craze, the trio took an old-school approach, making sure that every song on their new effort was playable live. “You can do everything on a laptop these days,” Connor reasons, “but we felt it was important to actually be able to play the music. We did a bit of layering on the first album, and it was hard to play live.”

JAWS are back and ready to seize the spotlight, and they’re damn excited about getting out there. “I can’t wait, because we recorded this so long ago now,” Connor grins. “We’ve been trying to not play the songs at practice so they stay new to us. Now we are actually playing them, it’s all really exciting again.” Connor can forget the shoe shop for now. JAWS are back in business.