Following a Number One album and eighteen surreal months on the road, George Ezra did what anyone else would when handed their first chunk of free time in years. Jigsaws. Loads of jigsaws, actually. Cosied up in a Cornwall cottage as 2016 began, George ditched the songwriting chops for some puzzle muscle. “I did one and I was like… wow! I’ve got the bug,” he remembers twelve months on, thankfully steered off course from potential addiction. “The first one was a wildlife night and day desert scene. I’ve got a few friends locally who lived nearby and they dropped a few off from charity shops. That’s how I got my hands on them.”

In fairness, if anyone deserved a bit of time to unwind and forget about the outside world, one mismatched piece of cardboard at a time, it was George. 2014 album ‘Wanted on Voyage’ had a shelf life barely any debuts are afforded. Just when it looked to be exiting the spotlight, it would get another boost, thanks to telly slots, an appearance on Glastonbury’s Pyramid Stage, and the unrelenting purchase power of mums nationwide. As the record stuck to the charts like a fly in a spider’s web, its accompanying tour never seemed to stop. There was always a reason to go back to the UK, to keep conquering the States and to visit a few unknown stops along the way. When things finally began to unwind, George decided to detach himself from reality, if only for a brief pause.

It was in Barcelona, the subject of one of his debut’s best songs, that things began to piece together for a second record. Previous visits to the city had been short tourist trips, but this time he chose to hire an Airbnb, and spent a month getting to grips with the sunny spot. It didn’t start well. “The first two days, I thought, ‘I’m gonna go enjoy the beach,’” he says, huddled in a South London pub in the middle of a bleak British winter. “I was sat down and it was one of those beaches where you get people selling you all sorts. I saw this end of the beach that looked emptier, and there were no vendors, so I thought, ‘Fuck it, I’ll go over there’. Got there, laid my towel down, got down to my shorts, started reading my book. And I looked up, and realised I was on the nudist end of the beach! I was getting so many dirty looks, people going, ‘This is our turf.’” 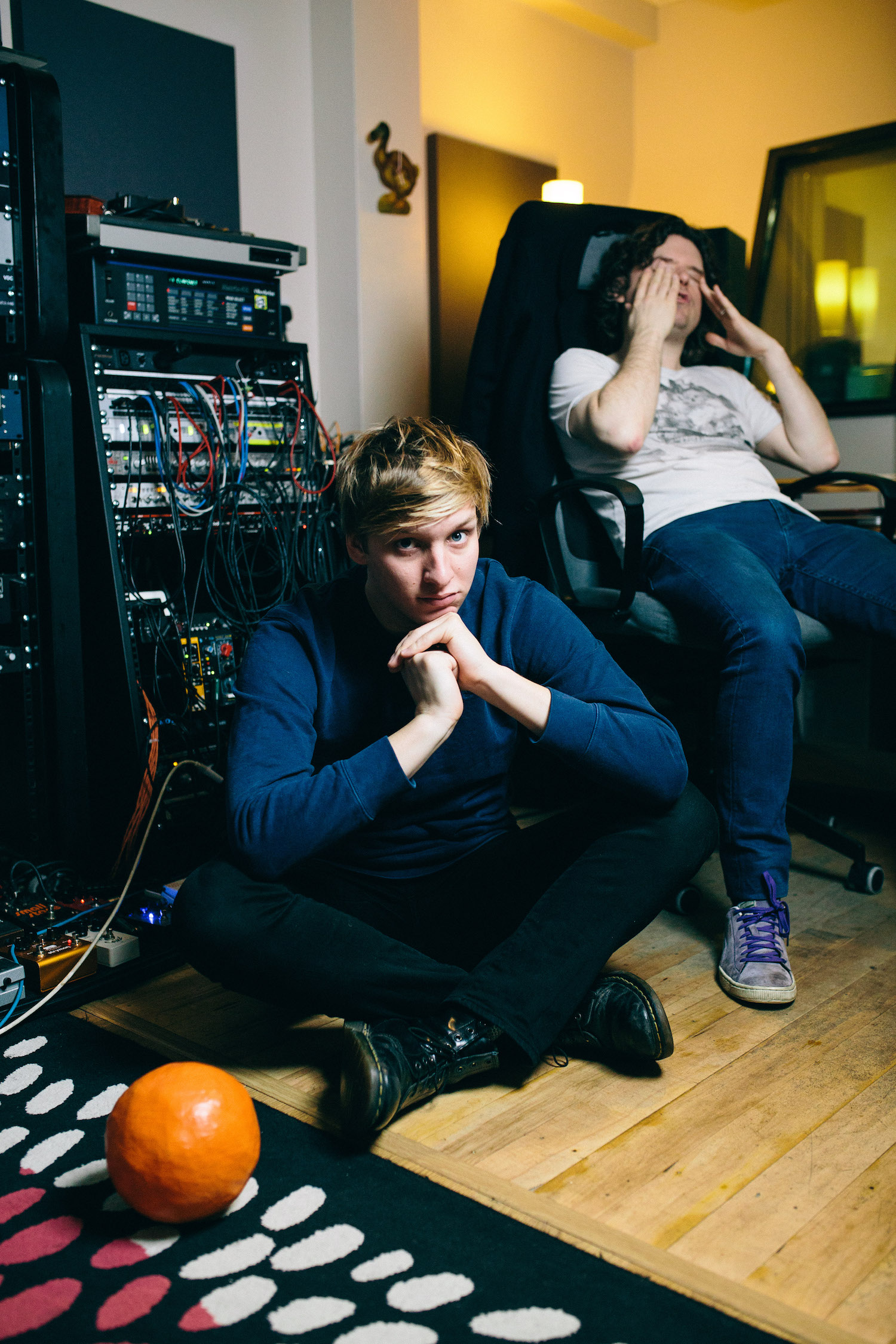 “I looked up and realised, I was on the nudist end of the beach!”

After some speedy acclimatising, George began to find a second home in the Catalonia capital. He took a notebook on his travels and walked around every day, “jotting down bits and bobs.” The more he wrote, the more he realised the material reflected his current state of mind. This was just as 2016 - a year few will remember fondly, let’s be honest - began to get very weird, bizarre in the sheer scale of crap it could chuck up. Like pretty much anyone at the time, George was at a crossroads between panicking at every fantastically apocalyptic headline, and needing to detach himself from things happening thousands of miles away. “Everyone’s entitled to have a weird year, whatever year. But it was so shared,” he says. “Terrible things happen, and I don’t think you should feel bad for wanting to separate yourself from those things. So a lot of what I ended up writing lyrically - it wasn’t me dealing with anything on a big scale. It wasn’t preachy. It was very much me talking to myself, saying, ‘Yeah, get away’.”

The resulting record, due this summer, is a “positive” outlook on time of torment. Not in a deluded ‘Everything’s great!’ way, more a personal tonic for dealing with strange times. “The thing to make clear is that I haven’t made a negative record. That’s the beautiful thing,” he insists. “It was me saying to myself, ‘It’s alright to feel this way. It’s alright to daydream.’ And because of the nature of the lyrics, it’s a fun record. That’s amazing for me. You have an idea of how you want things to sound, but often things can change. We’re halfway through the process at the moment, and it’s nice. Even when things go darker, it’s more of a hug in darkness.”

As with the debut, George is recording with producer Cam Blackwood in his Clapham studio. He’s writing with former Athlete frontman Joel Pott (both teamed up on ‘Budapest’, ‘Barcelona’, ‘Blame It On Me’ and ‘Listen to the Man’ last time round). He’s partly opting for the “if it ain’t broke…” approach, but there’s also a sense of more magic being sourced from ‘Wanted on Voyage’’s sessions. “The studio’s a bit nicer than last time. So part of me wanted to make the most of that! I loved how the first record sounded. I was chuffed with it. I loved touring it. We only did 15 tunes together, I was sure there was unfinished business, stuff both me and Cam had learnt over two years that we wanted to try out. It would have been amazing to meet someone else and try something different. But it’s only the second record.”

Recording has reached its midway point, but the bulk of the songs were penned in a Norfolk cottage during another of George’s isolated trips away. “You could see a pig farm in the distance, but you couldn’t see another soul,” he says, of the ten day solo trip. “The whole point of going away by yourself is you do start to think differently. Purely through the lack of familiar faces and conversation. To do this cabin, in the middle of nowhere, was the extreme of that. And it worked.” Now, he’s itching to get back into the swing of things. It’s the first time since he was 14 that he’s gone over a year without playing a show, and the nerves are kicking in. But he feels lucky to be afforded time. “We were constantly catching up with ourselves on the last tour,” he says, due to his debut’s unexpected staying power. “Everything happened so fast… And I’ve wondered what I might have been doing if I wasn’t on the road. The fact is, I don’t know any different. And my life at home is no different - friend-wise and life-wise. So I don’t really worry about it. Probably missed out a few good parties? But you get over that.”

Get Your Facts Straight

Title: TBC
Where: Voltaire Studio, Clapham, London
Due: Autumn 2017
Other deets: George officially won't be 'doing a Frank Ocean' despite trying his hand at woodwork. "I was just teaching myself a few bits. That was fun. Am I ever going to be a carpenter? No. I learnt that quickly.

“I’m extremely excited and I can’t wait to see you all.”