In the run-up to the 2016 US election, bands on the road were one of the few sections of society that had an idea of how serious Trump’s support was. The perpetually hard-touring Sunflower Bean were one of those out there in the months before his unsettling appointment, and with more than just a social media echo chamber and the liberal safe haven of their home to rely on, they witnessed firsthand that backing of the soon-to-be shock president on their travels.

“Living in New York, there aren’t that many Trump signs on the lawns,” says drummer Jacob Faber as the band fuel up on breakfast in an Austin Airbnb. “But then you drive a little bit to the middle of America and it’s just everywhere. When we went on tour, it was like, ‘Oh shit, this is really real.’”

That experience, as well as being citizens of the world, consuming the news each day about the latest injustices instigated by the new administration, took a real grip on the trio’s second album. On the road in those increasingly turbulent times around Trump’s victory, the band would meet “hundreds of people” at shows that became their muse.

While ‘Twentytwo In Blue’ would probably be a very different album if the world hadn’t thrown itself off the rails (“You’re going to be creating art that’s inspired by the time period you’re making it in,” Nick reasons), it’s not a record who’s purpose is to stoke up more anger. Instead, it sounds like a beacon of light and hope - something to help those fans the band met on tour feel like they can get through the dark, and send them a “unified message of solidarity”. You can hear that in ‘Crisis Fest’, the powerful glam stomper that finds singer and bassist Julia Cumming steely and forceful as she delivers lines about student loans, missile tests, and 2017 being “one big sick show”. “If you hold us back you know that we can shout / We brought you into this place, you know we can take you out,” she asserts in the chorus, her delivery becoming tougher as the song goes on. 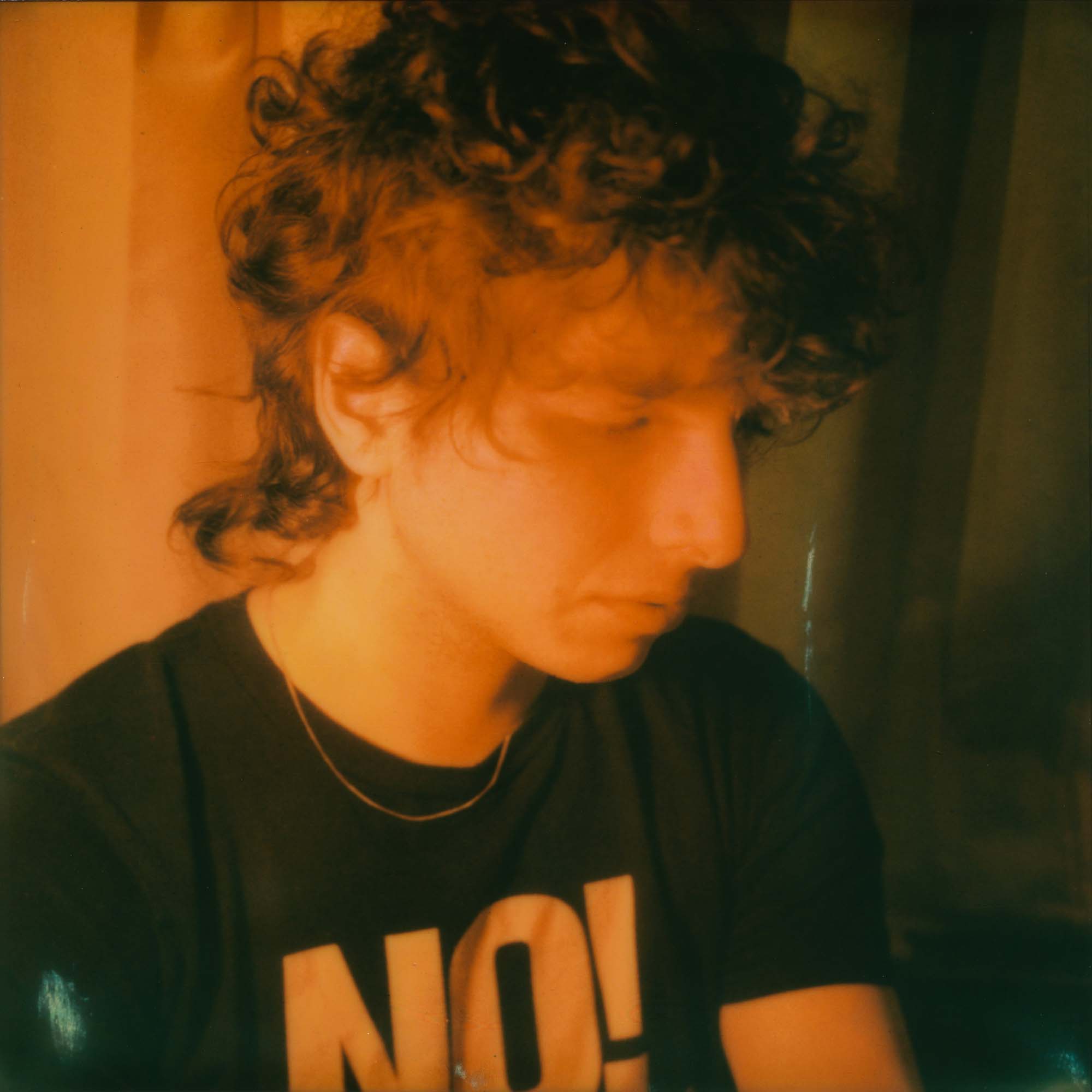 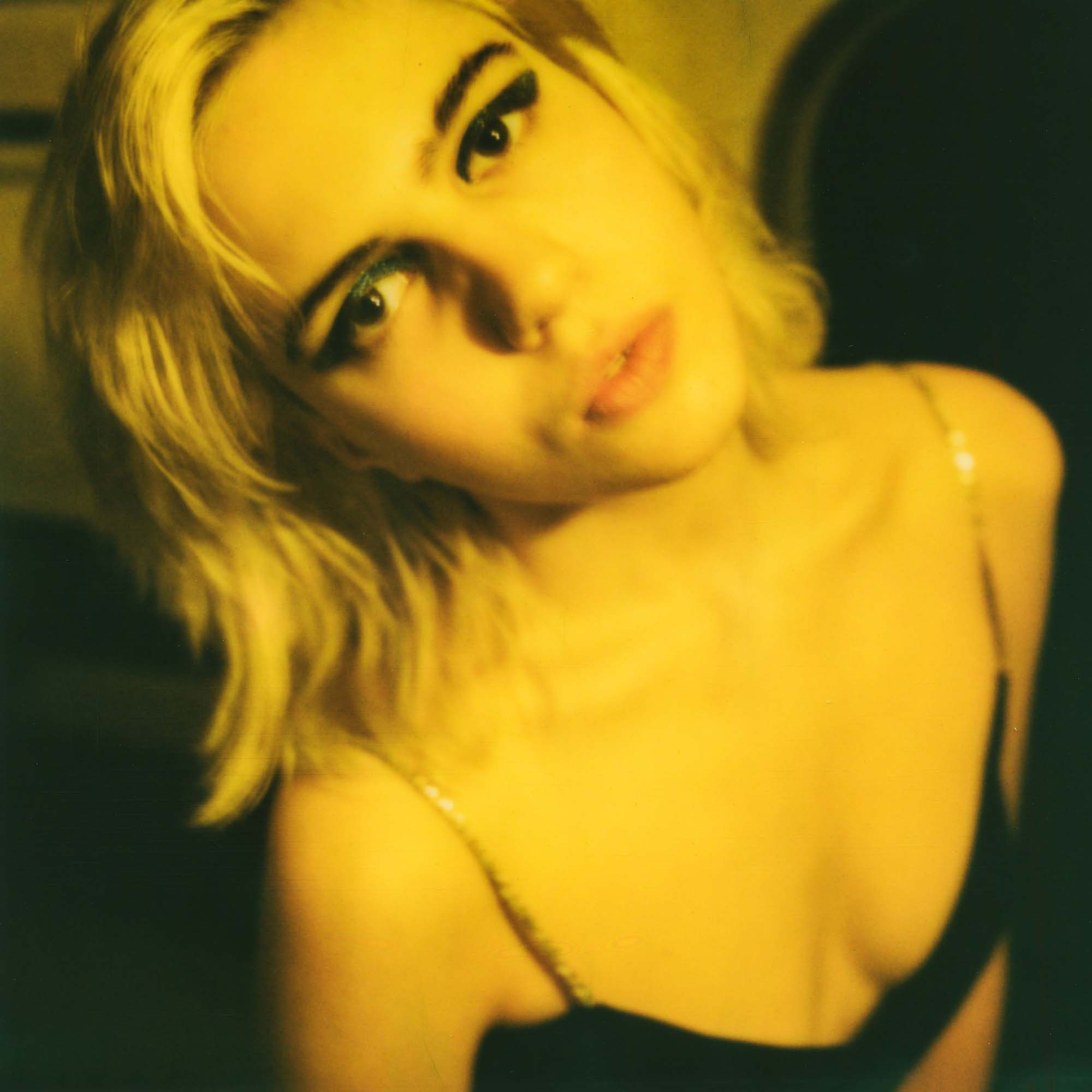 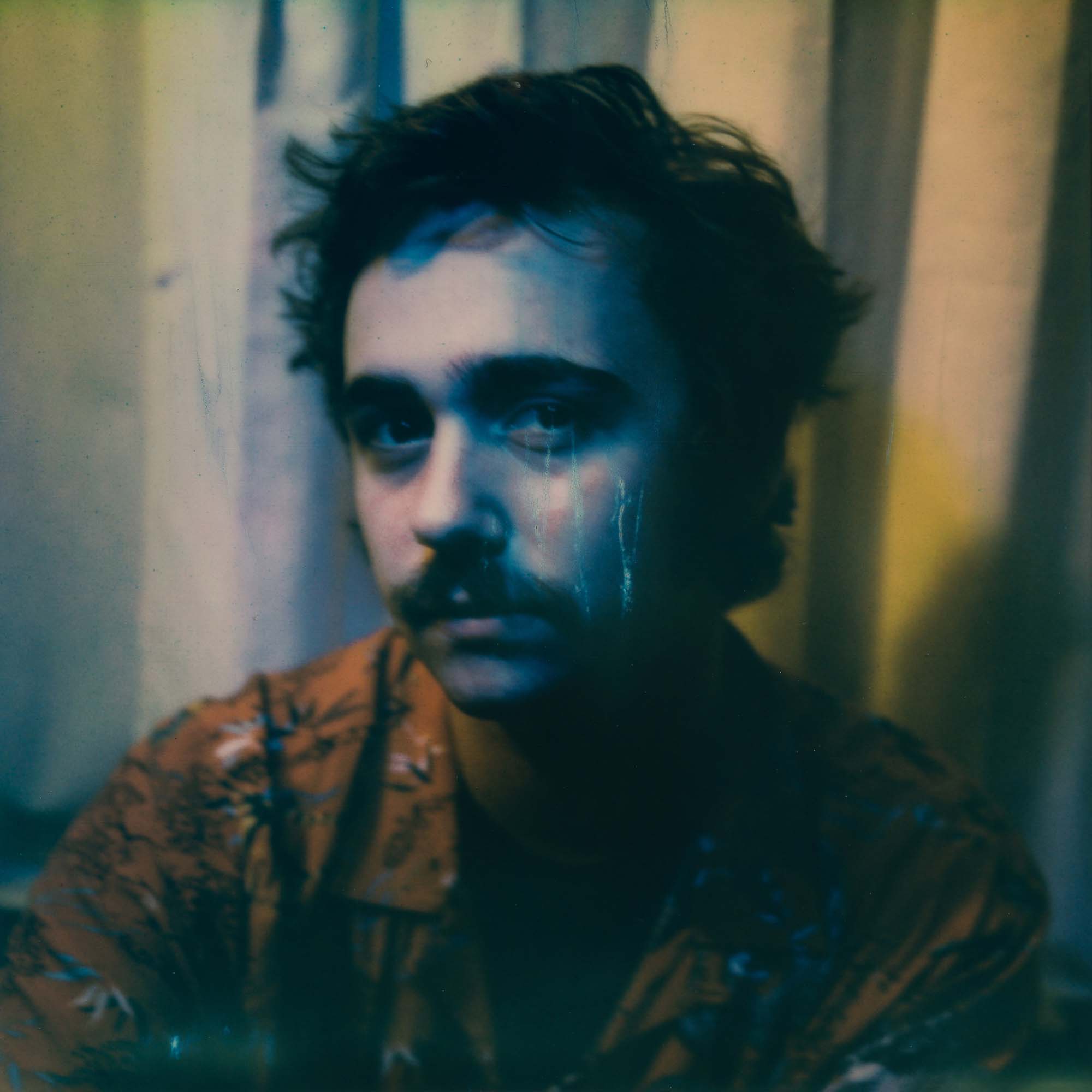 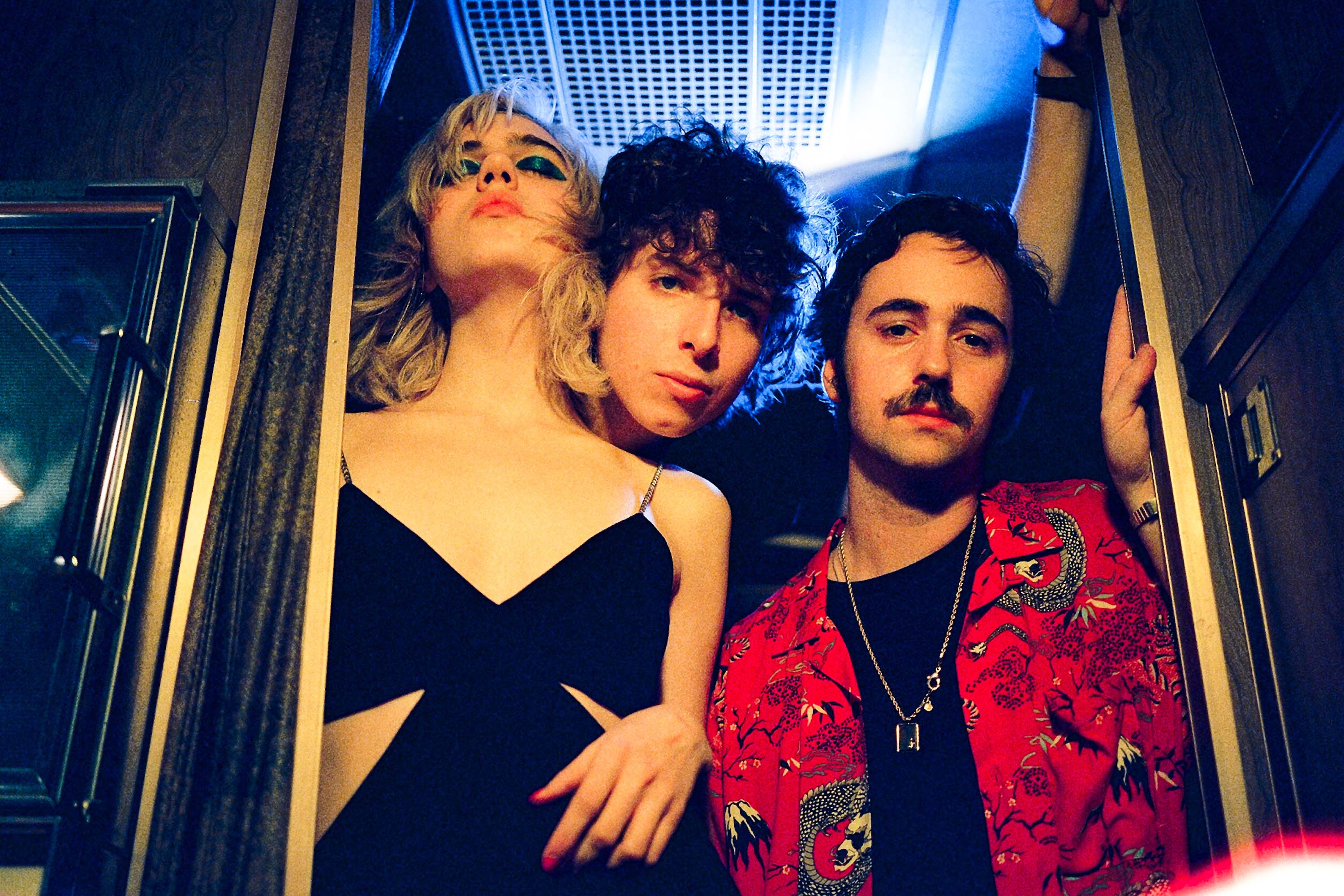 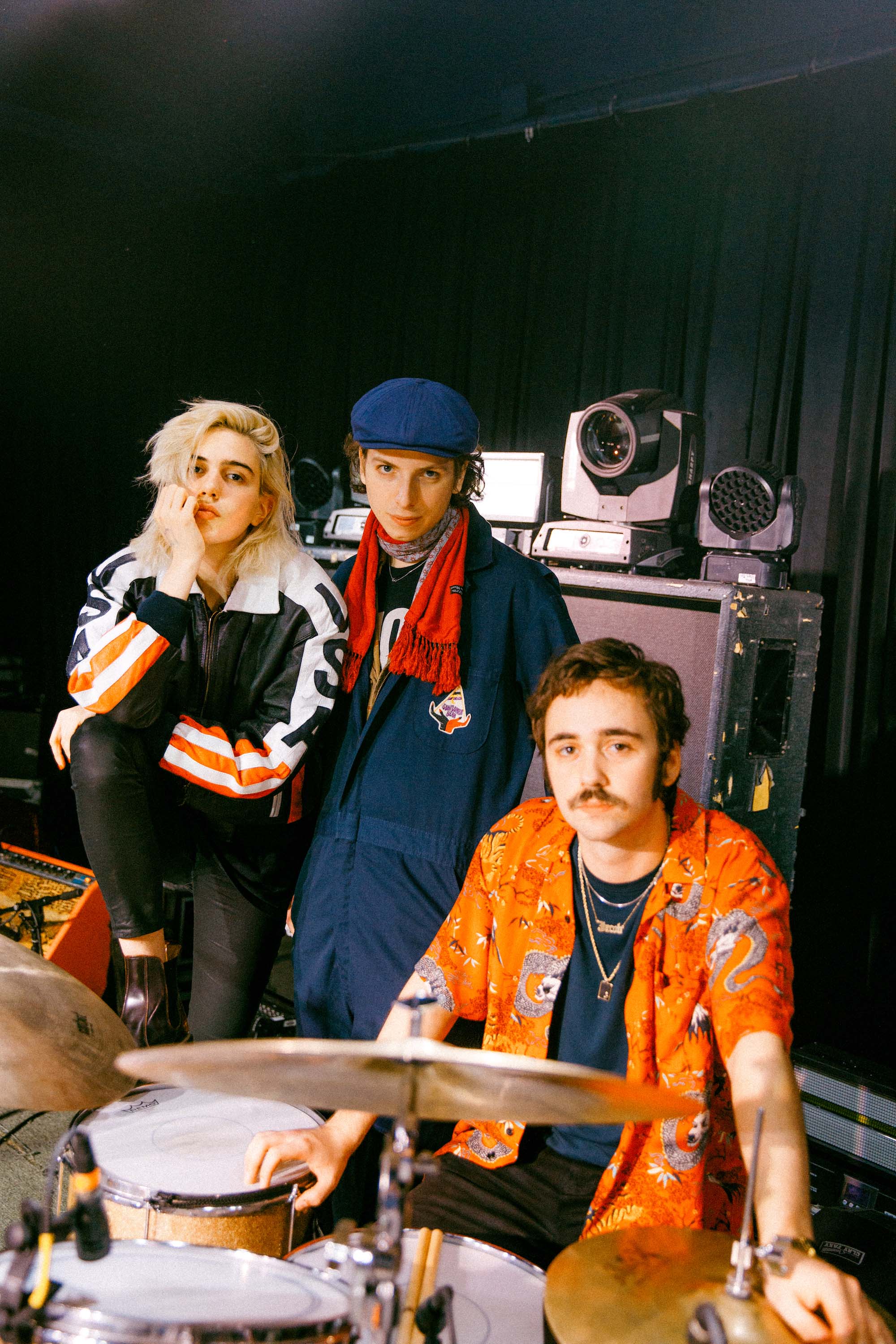 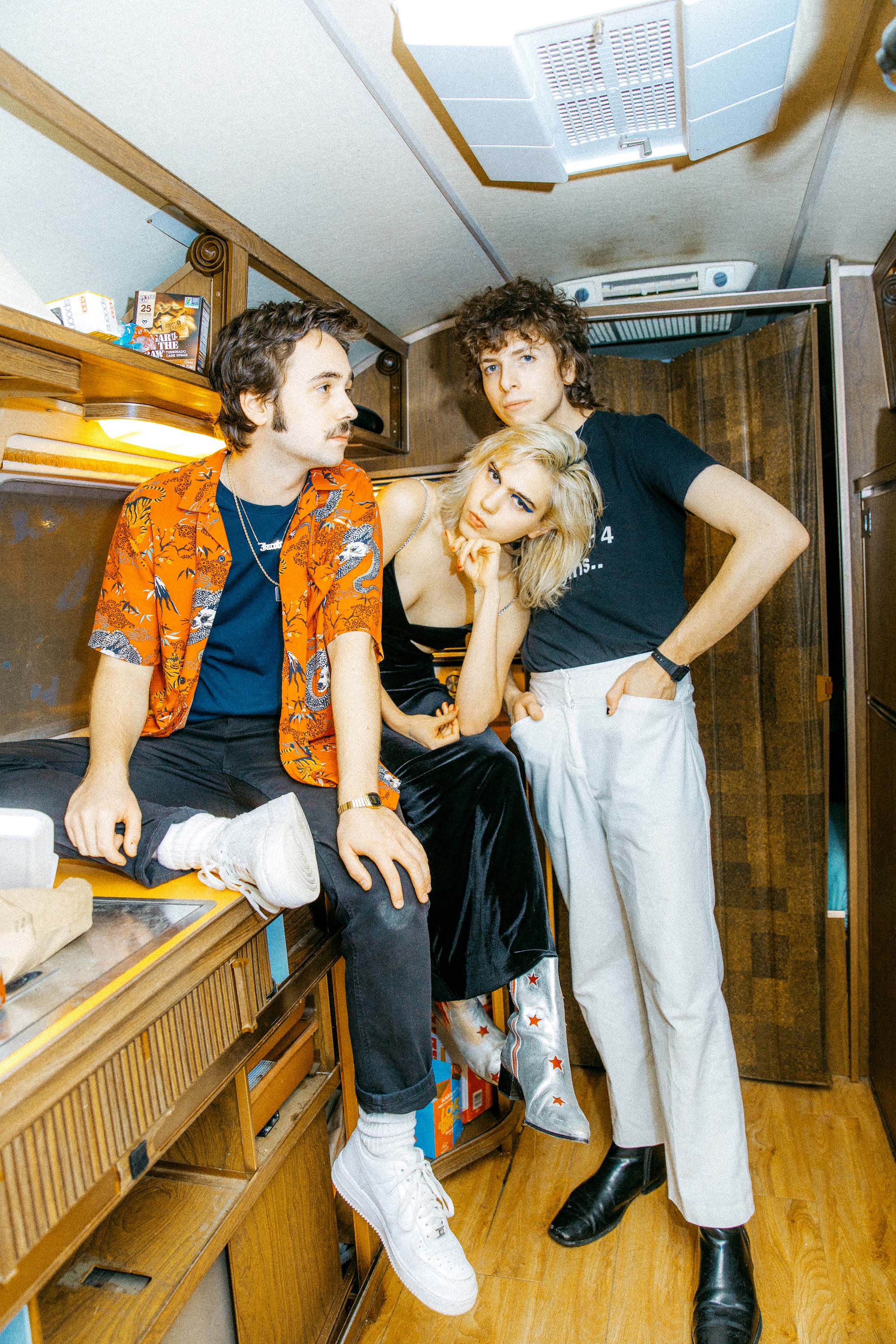 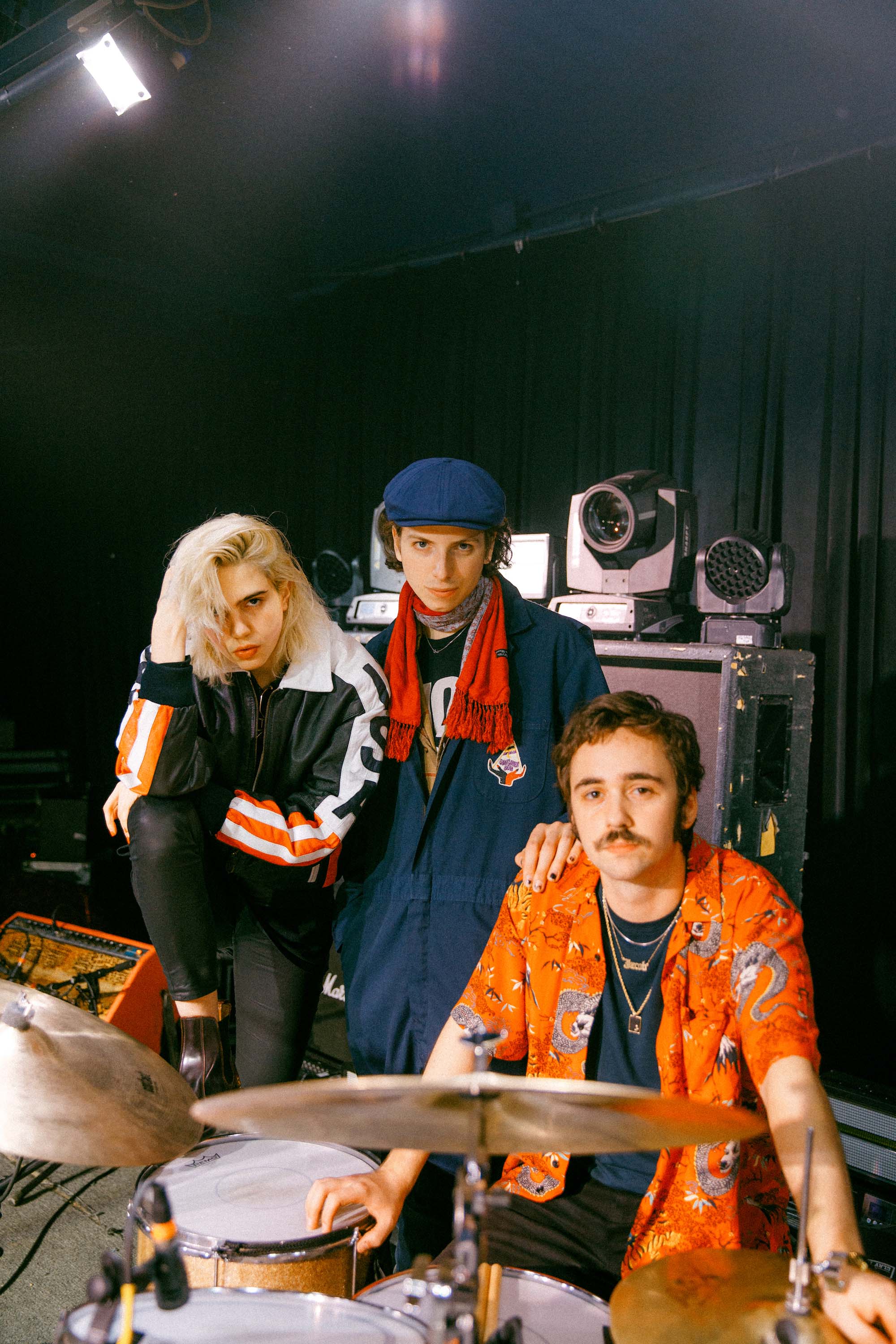 For the 22-year-old, the key to that track - and the album as a whole - is resilience, and it’s not just on the punchier songs that you can hear that message. The swooping emotion of ‘Only A Moment’ - which doubles as a dispatch to a friend going through something and a reassuring note to Julia herself - “fits into that theme in its way”, while the cinematic, string-laden ‘Twentytwo’ also shows hints of that hardiness. “I do not go quietly / Into the night that calls me / Even when I’m alone,” she sings, graceful but assured. “To make rock music in 2018 you have to be resilient,” she notes wryly. “The record is trying to say, ‘You can’t kill me, you can’t stop me. I’m gonna keep showing up and I’m gonna get to where I’m going.’”

On a parallel tangent, last year Julia started a new community organisation called Anger Can Be Power - named after a lyric from ‘Clampdown’, her favourite song by The Clash. After hosting a political radio show in high school (she stopped to focus on getting better at music and because it’s “easy to be complacent” when it doesn’t feel like there’s an urgent need for change), she knew she was going to do something in response to recent occurrences. Since its founding, the group has held two events in New York so far - a “women who run” night discussing politics and running for office, and a conversation and bass masterclass with Arianna Gil of feminist skate crew and art collective Brujas.

“The idea behind it is to create an interesting and exciting place for people to integrate political awareness into their lives,” she explains. “So many people have creative energy that isn’t exactly harnessed for anything in this realm, and it could be. As musicians, we get asked to play benefits and that’s the only way that we feel like we can help. Or you have your ways of expressing yourself as a citizen, which is voting, calling your representatives, and protesting. They’re extremely vital to democracy, but if everyone lifted themselves a little bit more as a person in the realm of activism, I think our world could look very different." 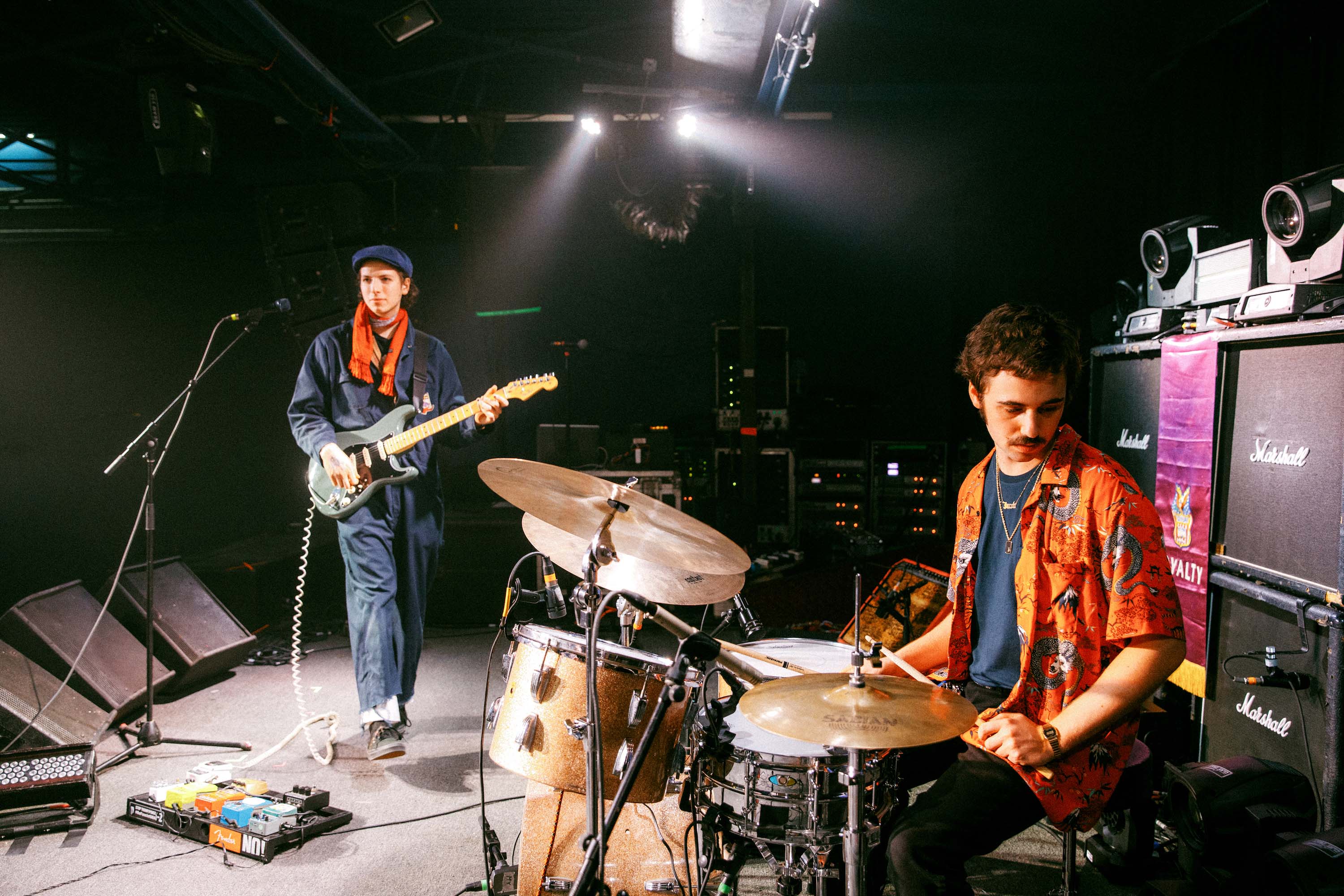 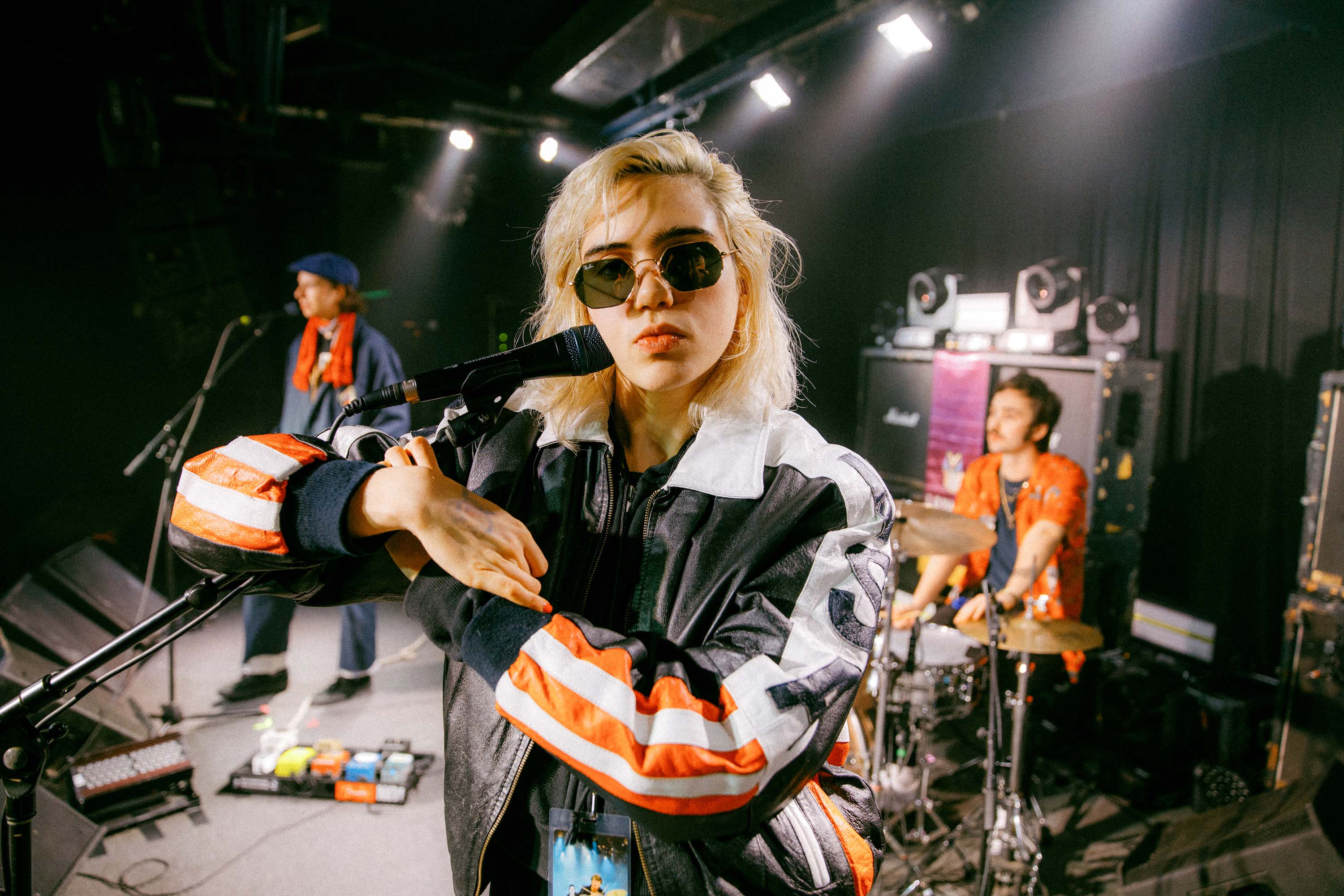 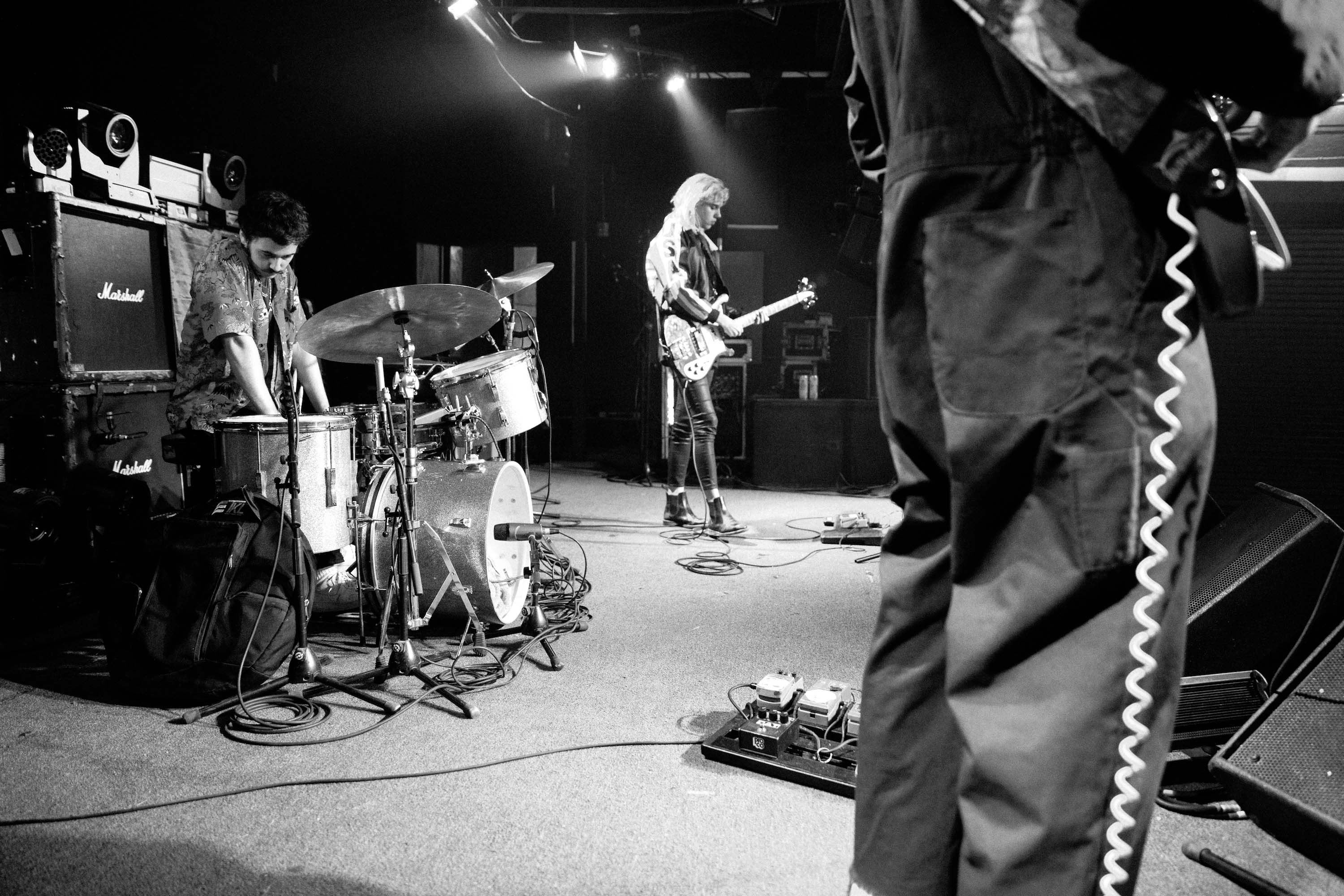 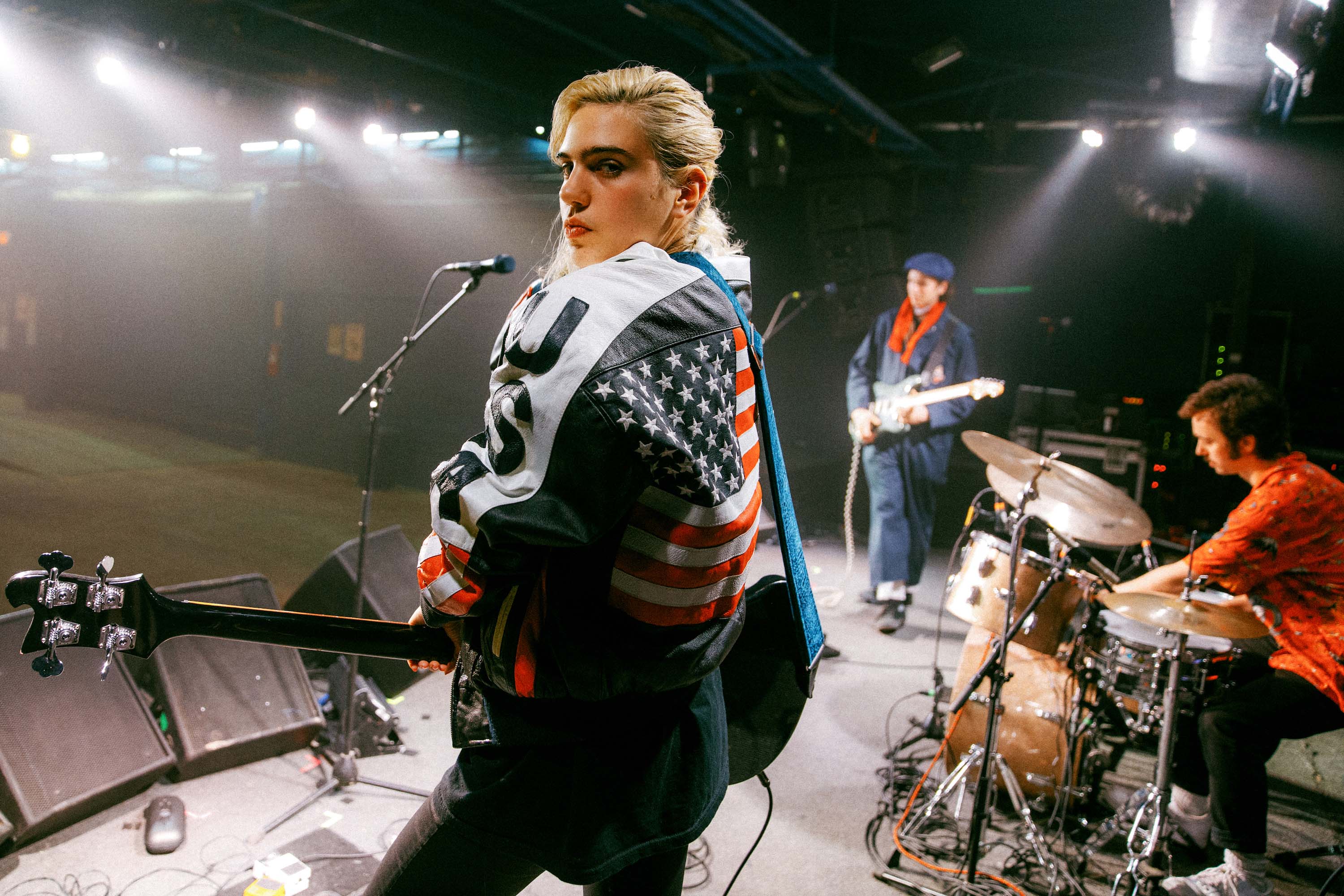 “If everyone lifted themselves a little bit more as a person in the realm of activism, I think our world could look very different.”

While the title ‘Twentytwo In Blue’ might suggest a record full of misery and heartbreak - like Bob Dylan’s ‘Tangled Up In Blue’ and parts of Joni Mitchell’s break-up post-mortem album ‘Blue’ - Sunflower Bean’s inspiration didn’t come from being down in the dumps. They’ve previously described the colour as “coming to them” a lot during the album’s creation. “Unfortunately none of us are synaesthetic in the way that we see colours,” Julia says, the sound of pans clattering in the background. “But, without having that particular way of hearing things, songs can definitely still have an aura.”

Whatever colours you see or feel when you hear the record, there’s no denying it’s a stunning step on from the New Yorkers’ debut. This batch of new songs veer from glam-rock jewels (the T.Rex swagger of ‘Puppet Strings’), Velvet Underground-tinged ‘60s rock (‘Sinking Sands’), widescreen pop dreaminess (‘Twentytwo’, ‘I Was A Fool’), and more. It’s sophisticated and cohesive, and a powerful reminder of why the world was so excited about these three in the first place.

Unlike with their debut, the band had the luxury of time this time around. After making some initial recordings and “[feeling] that we were almost done”, they showed what they had been working on to Unknown Mortal Orchestra’s Jacob Portrait, who they’d asked to mix the record. “When he heard it, he was really into it and wanted to be involved more,” explains Nick. So, after working with producer Matt Molnar and engineer Jarvis Taveniere - the same team behind ‘Human Ceremony’ - the trio spent a couple of weeks with their new collaborator “trying things you might never think would work”. “Actually, it turned out they brought the record to the next level,” the guitarist says.

“A Jake Portrait thing” is, apparently, using a lot of “funny instruments”, and Nick is particularly enthused about a guitar that he describes as “looking like a giant thumbs up”. But perhaps the most unusual thing the group used on the record was an old payphone that Nick would record some of his vocals on. However, if you’re imagining him singing away on the side of a bustling New York street, straining to be heard over car horns and the subway rumbling underfoot, then we’re sorry to disappoint you. 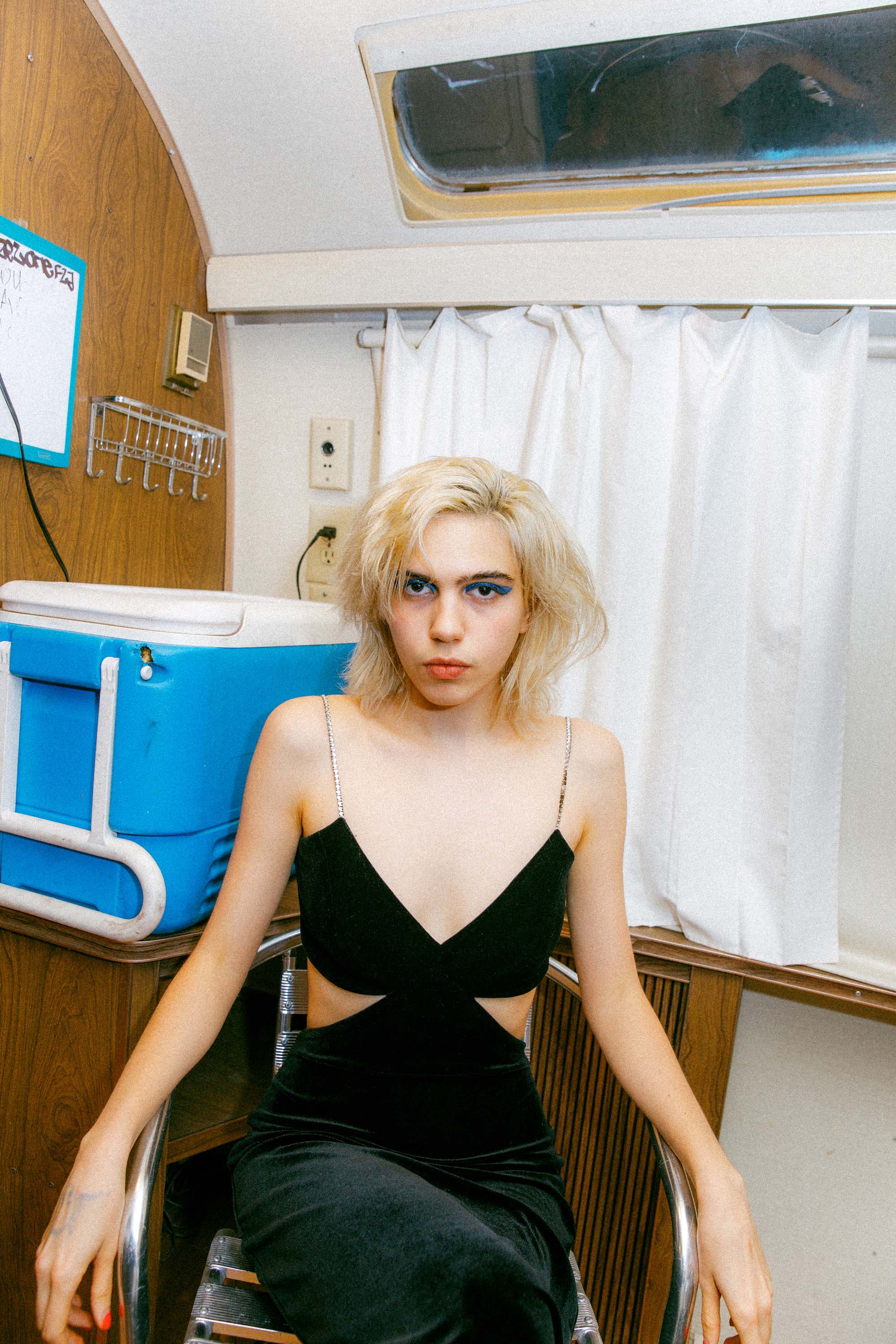 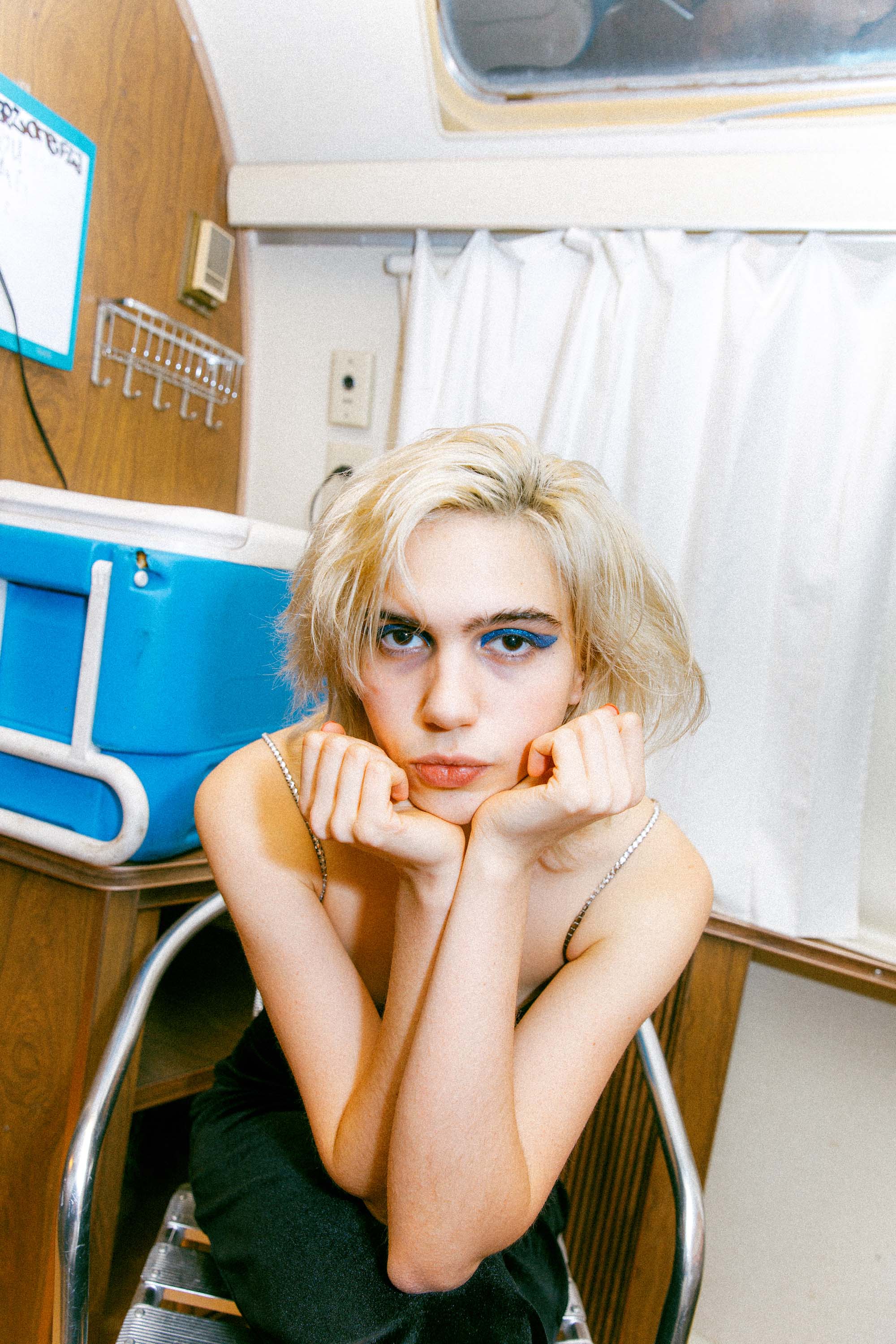 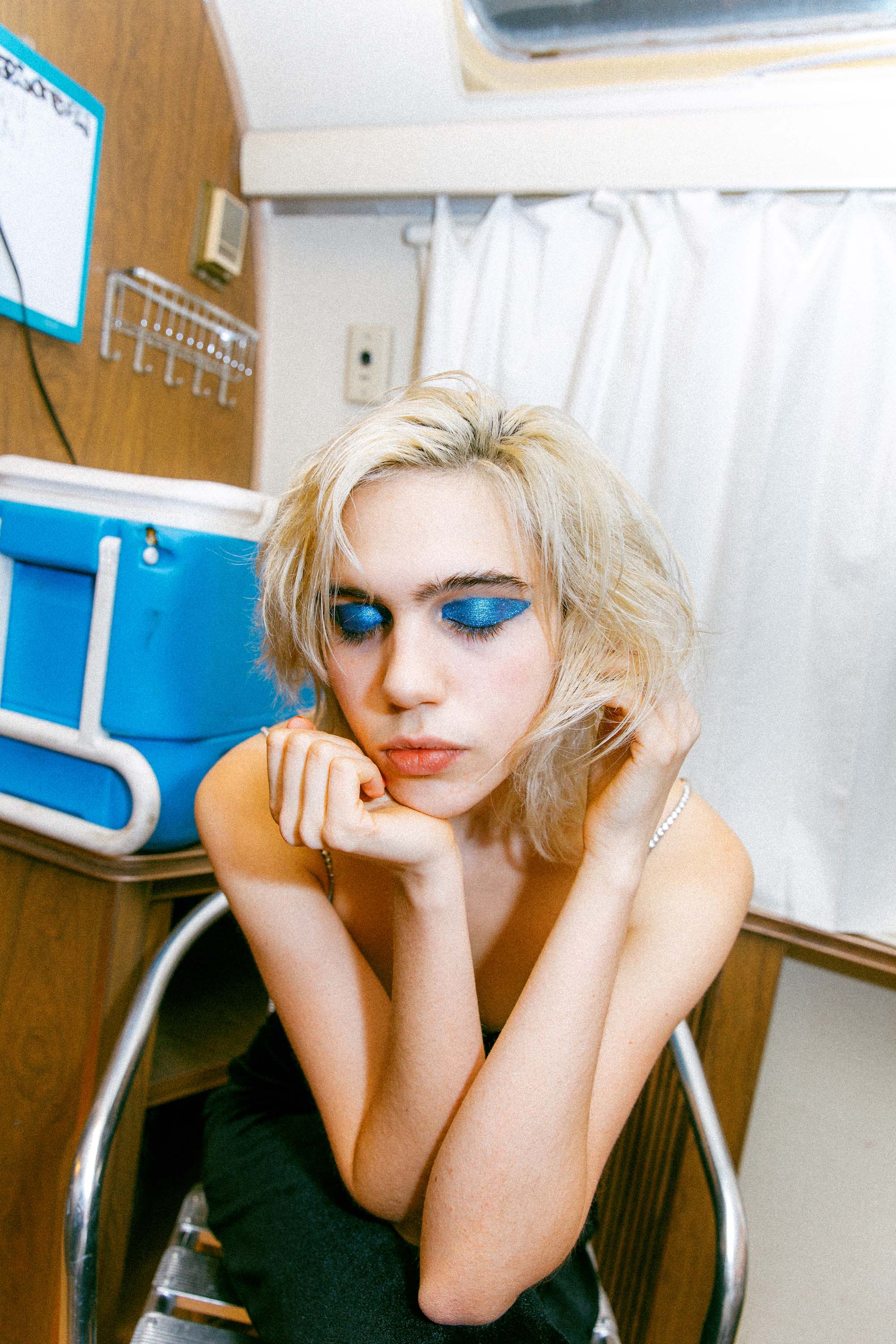 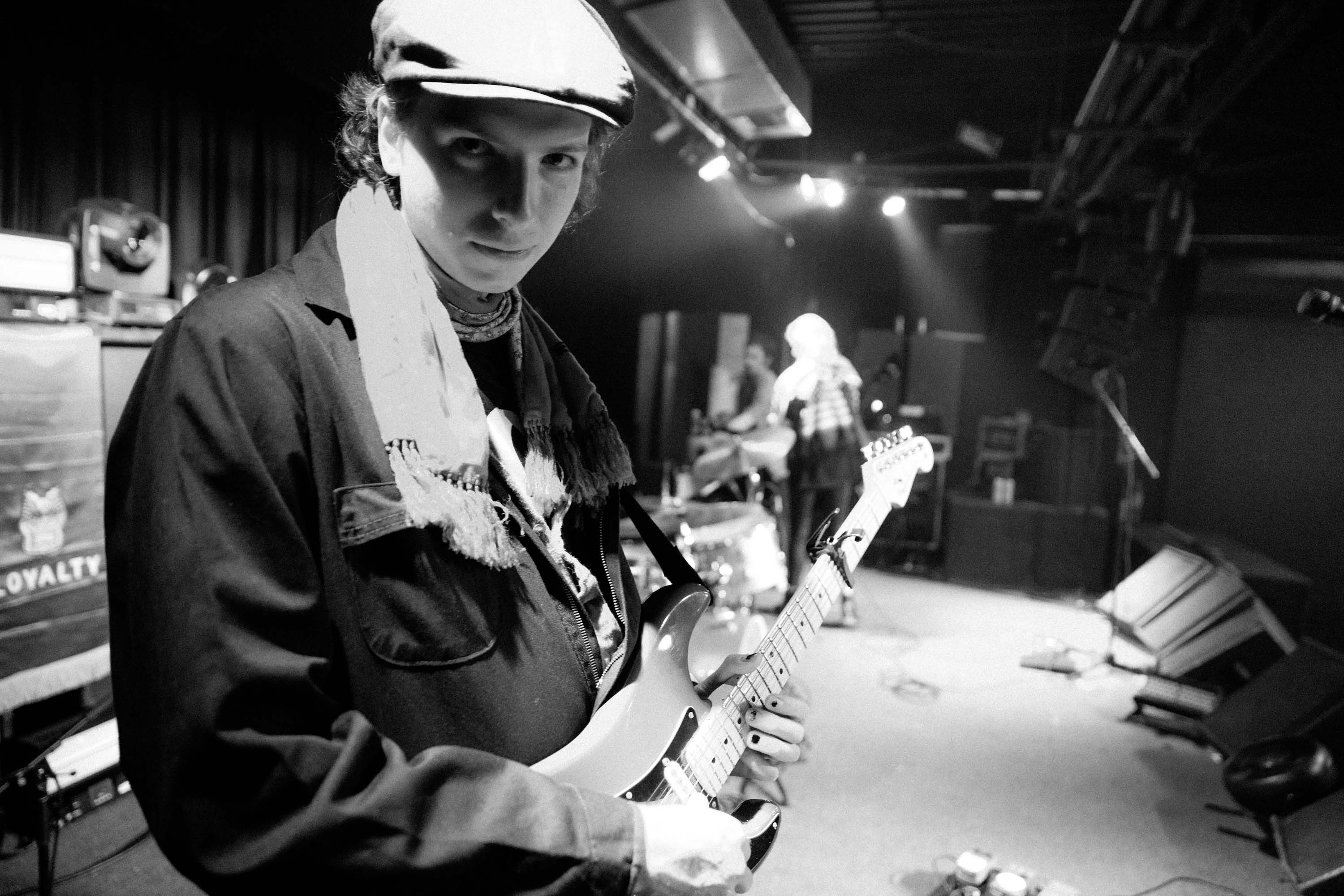 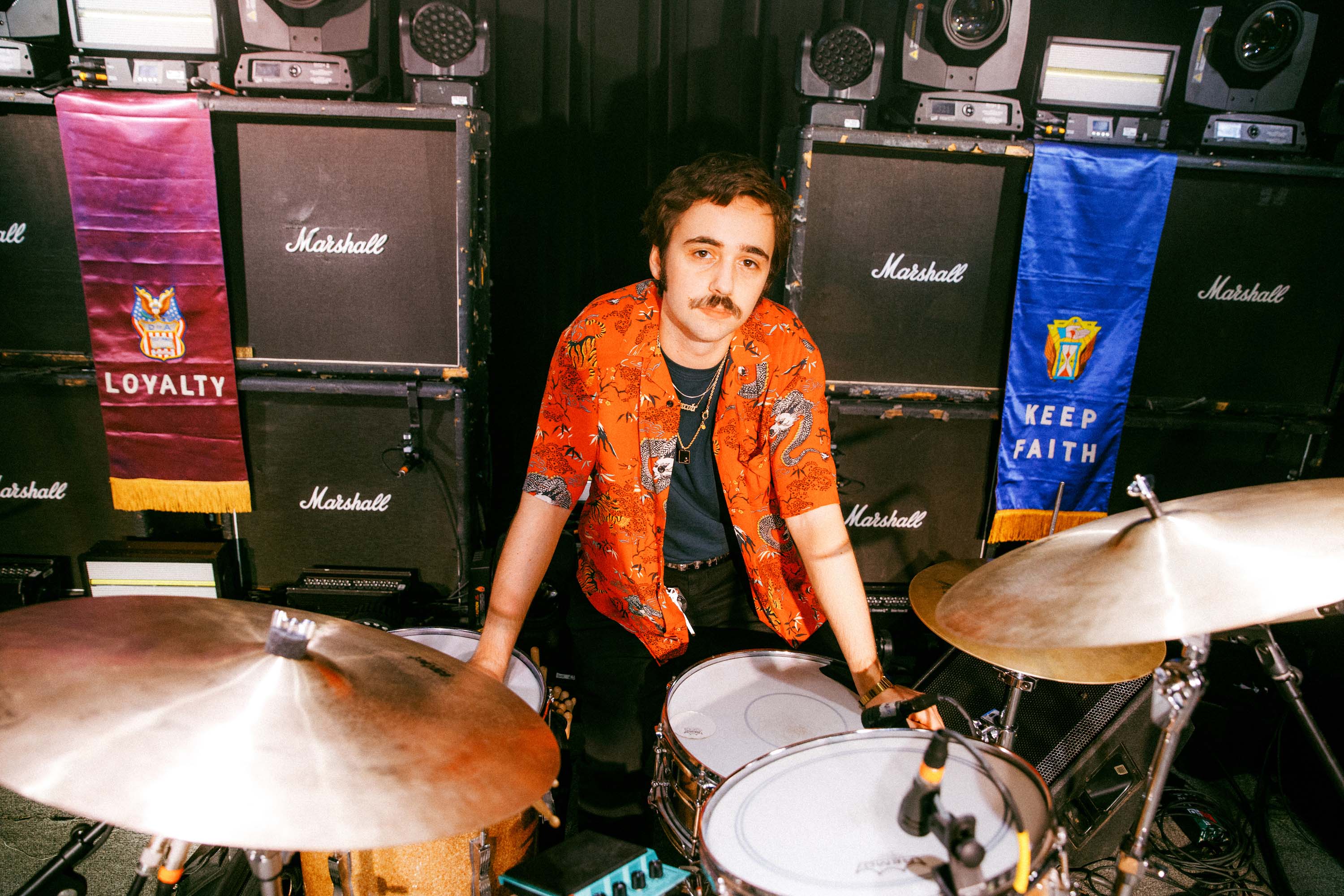 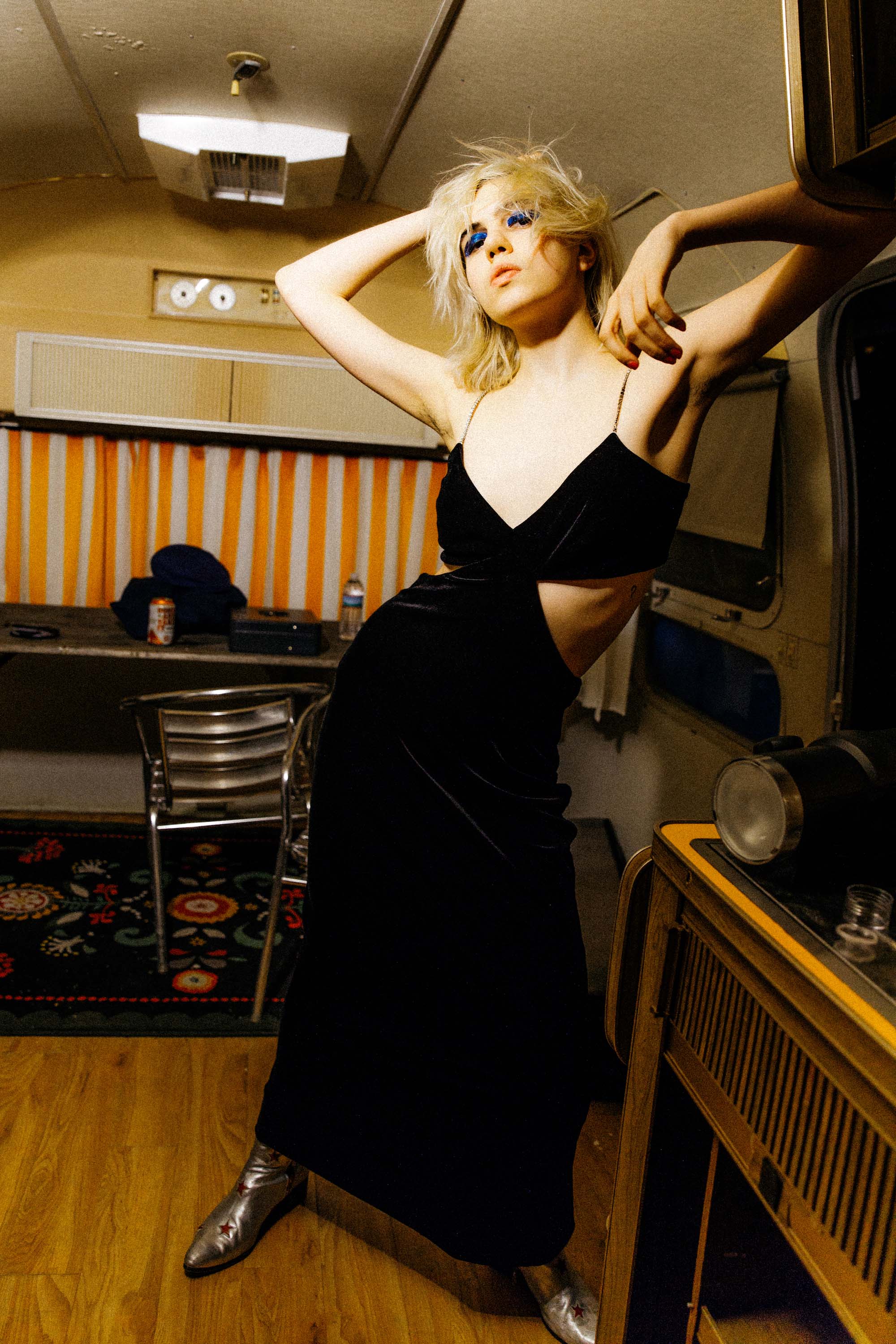 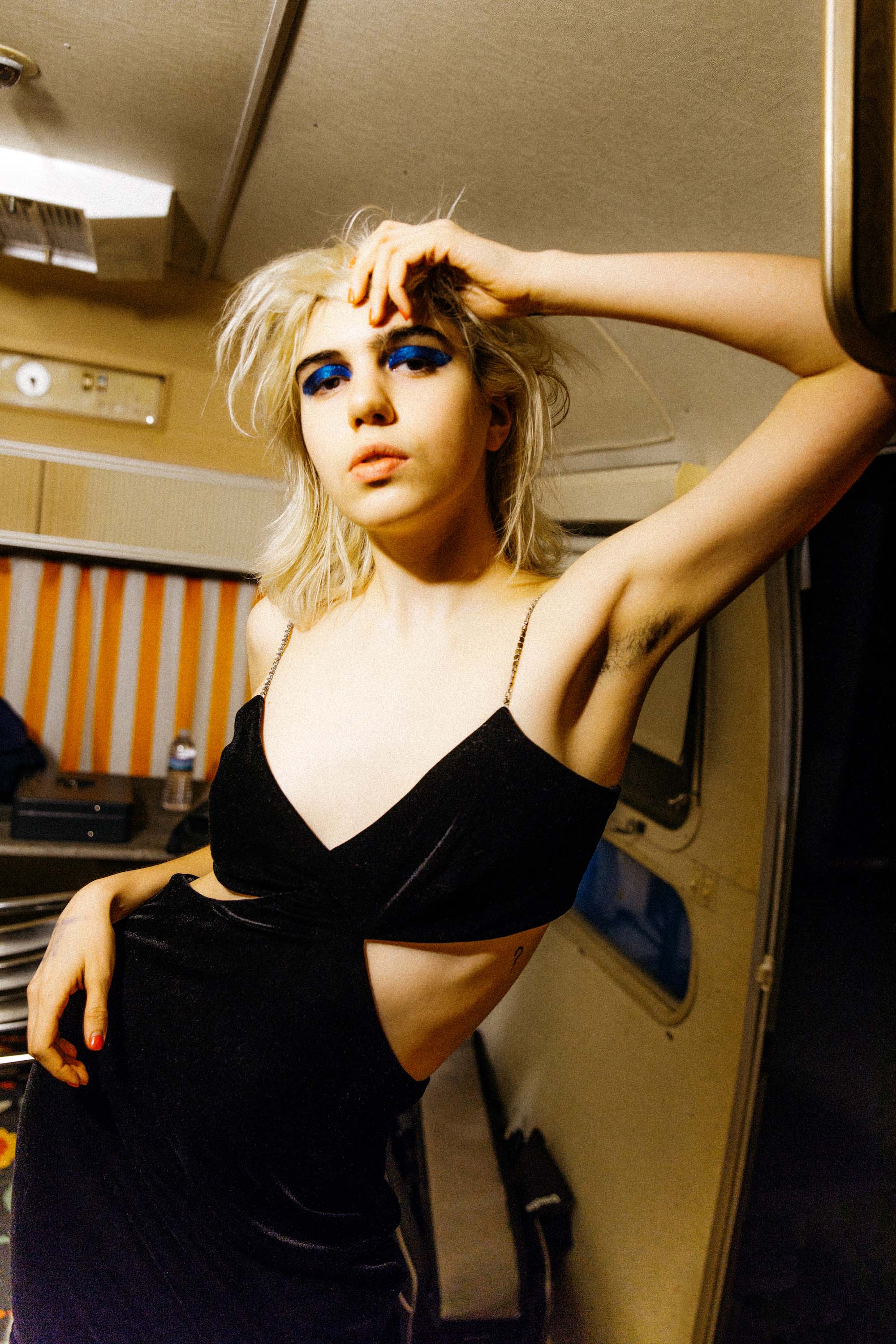 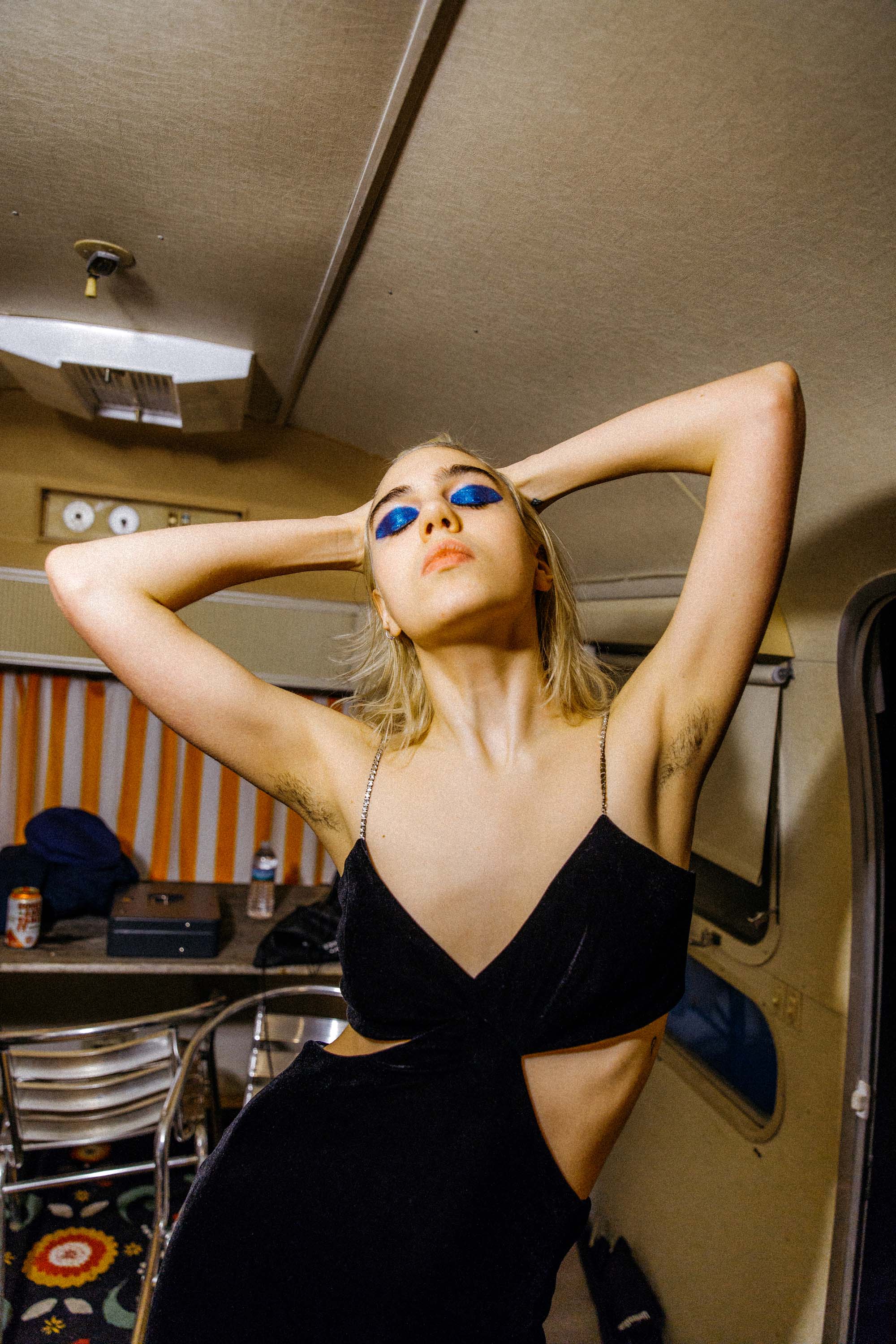 “We have at least six more banging records in us!”

“In Long Island, there’s this gear swap page on Facebook,” he clarifies. “This guy made these microphones out of discarded New York City payphones. He had somehow come into a lot of them - maybe he bought a storage unit of them? I was like, ‘That’s what I want, that’s what I need, and I need to go and buy them right now.’” He immediately went to this mad professor’s house and excitedly bought three - of course - gaining a softened, ever-so-slightly crackly effect to his vocal contributions in the process.

As they regroup in their Austin confines, it’s two years and a day since Sunflower Bean shared ‘Human Ceremony’ with the world. They’re currently on the road supporting Sleigh Bells, and shortly they’ll check out of their temporary home and head on their way to Dallas to share a preview of their new record with some more potential muses. But first, they’re feeling reflective. “As musicians, I feel like we’ve come so far,” says Jacob. “That’s one of the most satisfying feelings - still doing what we’ve been doing, but at a higher level, a more creatively satisfied level.”

Julia nods in agreement. “[You have to be] more creatively satisfied with the work you’re making because we’ve already slept on the floors.” She thinks for a split second. “And we probably always will.”

Talk turns to musicians at the other end of the age spectrum from the group, including Pixies, who they toured with last year, and Paul Simon, who just announced his final tour (“He’s done it, y’know,” says Julia admirably). “Someone asked me recently, ‘Do you ever wanna just not [be in a band] or do you ever wanna take a different job?’” the singer says, her face scrunching up in confusion before settling into a firm confidence, as she relays her response. “I was like, ‘Wha—… no?!’ We have at least six more banging records in us!"

‘Twentytwo In Blue’ is out 23rd March via Lucky Number.

They’re also headed to the UK next spring.