Londoners Horsey - centred around the core duo of Jacob Read (aka DIY fave Jerkcurb) and Theo McCabe - are almost certainly one of the most baffling yet brilliant new bands we’ve come across in a while.

Despite keeping a fairly low profile in terms of press and releasing only a handful of tracks online, the group have built up a firm live following, recently touring with King Krule and selling out none-too-small venues in their hometown.

Why? Because, from the glitzy gold sequinned jackets they sport onstage to the funny, noodling, dark-hearted jazz they tout, Horsey are intoxicatingly odd. Their tracks meander through chintzy piano, to shouty call and response heckles to - on occasion - something resembling a rock opera. They are basically uncategorisable and on new offering ‘Bread & Butter’ they’re doing nothing to make themselves more palatable.

There’s some chants about being a wizard, some loungey spoken word bits that sound like they should be attached to a smoking jacket in a vice den and a Very. Very. Strange video featuring the band in nightmarish animal masks dancing around with a trippy Satan.

Watch and listen here and get to know the weird and wonderful minds of the duo below.

Over 8 inches. Tall and muscular, pure bread - shiny exterior. Powerful, can lift humans. Soft at heart. 4 legs. Disorganised, but loyal and present in the moment. Enjoys long walks on the beach. Is, figuratively and literally, a horse.

Jacob: Mine was singing ‘shake your booty’ by KC and the Sunshine Gang as a toddler in front of a group of 11 year old girls at Centre Parcs. My mother was singing in a disco band at the same time so I was most probably mimicking her. I was a shy only child who occasionally had bursts of showing off. 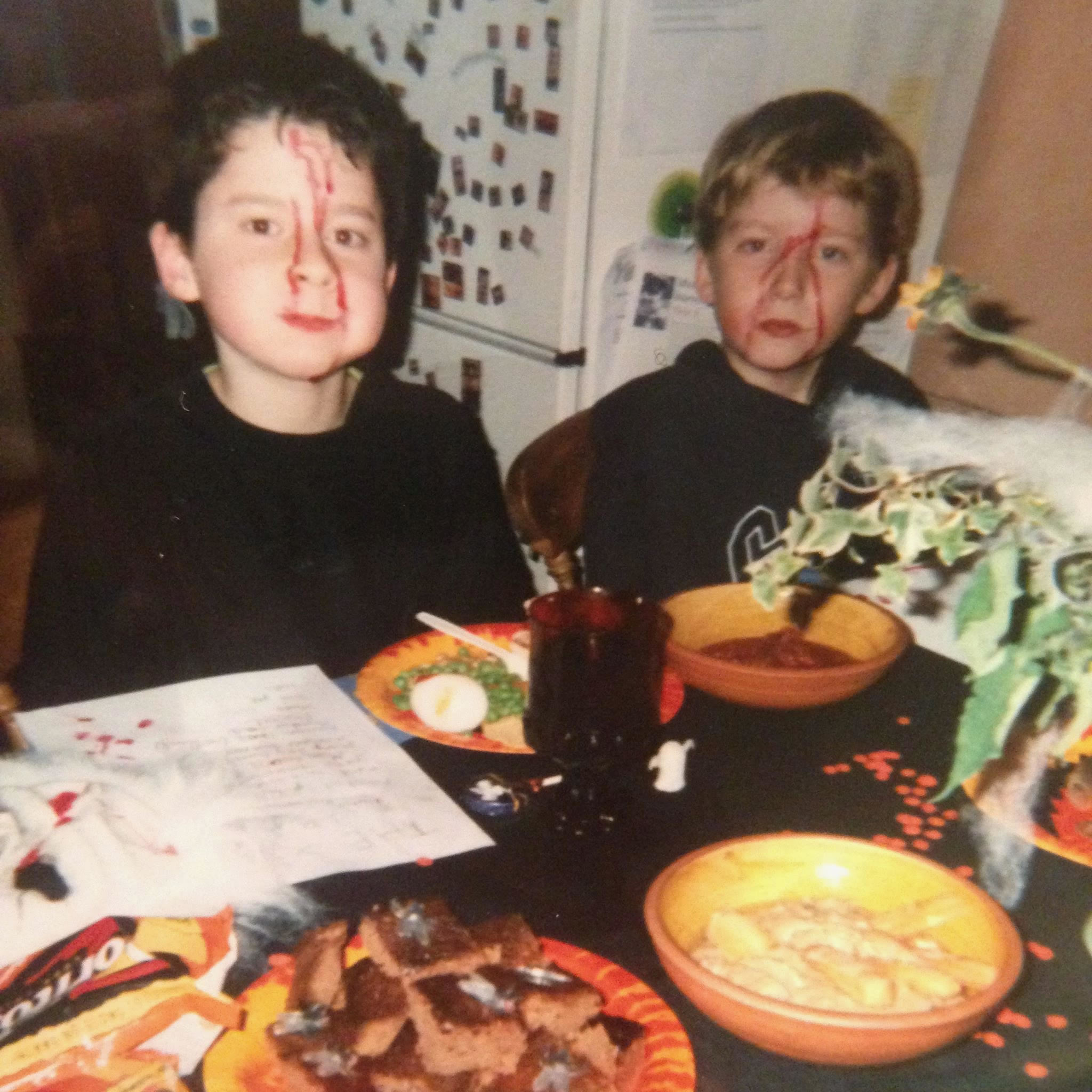 Theo: I liked playful music. Stuff like the pixies - cause the songs were so good and so funny. The bad plus, amazing musicians and very playful. The album Le Mystere Des Voix Bulgares - I can’t believe someone composed that music and it was able to be passed down from mother to daughter by ear. Astonishingly complex and beautiful. And playful.

Jacob: My housemate said that the London music scene is a bit like TK Maxx, in that it's mostly shit but there's a couple gems if you search hard enough.

A strong, compulsive desire to buy merchandise and come to our shows.

On ‘Debonair’, Horsey walk the tightrope between comedy and tragedy with ease.

Horsey: “All of the decisions we make are, what’s the dumbest thing we could do?”

Probably the only band in the world to simultaneously reference King Krule and Tenacious D.

The track is taken from their upcoming debut album.