“The energy on this record is very different,” Melina Duterte muses. “I’m trying to make music more for myself and the people I love these days.” Having made a name for herself with excellent 2017 debut ‘Everybody Works’, the 25-year old Filipinx-American singer behind Jay Som is stepping into new waters on its follow-up, ‘Anak Ko’. A balanced collection of bass-infused indie rock and feverish lo-fi funkadelia, it’s by far the musician’s most danceable work to date, but it’s also a record that sees her digging further inwards whilst craving connection.

Recording at the Los Angeles home where she laid down her debut and has lived for the past 18 months, for the first time Melina called upon friends including Vagabon’s Laetitia Tamko and Chastity Belt’s Annie Truscott (on top of touring band mates Zach Elsasser, Oliver Pinnell and Dylan Allard, who she says are “all over” the album) to collaborate and contribute additional instrumentation to the album. “It was the right move to have a bunch of my talented musician friends play and sing on the record,” she says of the decision. “Letting go of the perfectionist side of my musical self felt super freeing and fun. Each session was so easy and convenient, and taught me a lot about what I like about my songwriting.” Adding new layers and voices, the result is a record that feels imbued with warmth and humanity - from lead single ‘Superbike’, described by the singer as an energetic cocktail of “Alanis Morissette and Cocteau Twins” to the meditative and aptly-titled ‘Tenderness’, a sneaky psych rock jam that crescendos midway into an ocean of sparse drums, it’s an album that swaddles you in sonic respite.

Influenced, she says, by the likes of Portishead, Californian indie band Pinback and, perhaps more surprisingly, UK lo-fi types Happyness, you can hear how the nocturnal nuances and tender moments of those artists have seeped through into Jay Som’s latest work. There’s a distinct visual palette to be found here too, from the warm pink sunrise that fronts the record’s cover, to the sepia-toned fantasy of faded glitter and orange-colored haze that fills the video for ‘Tenderness’ - “the most pop-oriented song” of the collection.

Even stemming down to its title, there’s something altogether gentler about ‘Anak Ko’. “‘Anak Ko’ isn’t like the last record, which came from the mindset of a 23-year-old PoC woman who was angry at the white people club and the male-dominated scene,” she says. “This record deals more with the human condition.” To exist in the United States as a queer brown person is inherently a political act, but Jay Som steers the lens away from her identity to make another point: that the conversation need not revolve around that, and she can still be proud of her roots and take a stand simply by existing and proclaiming herself.

The album title is a Tagalog phrase meaning “my child”, she explains. “In Filipino families when you’re greeted by someone older than you it’s like, ‘anak ko, hi my child, I love you,’ Melina continues. “It put a big comforting blanket over this whole record.” The title came to her from one of those unassuming greetings, sent by her mother via text. And it’s these kinds of proclamations, the quiet ones, that give Jay Som’s music its hushed power.

Across its nine tracks, ‘Anak Ko’ finds the singer in a period of growth - building in confidence, and cementing the voice that she wants to put out into the world. “This new record is an important transitional period from the whirlwind ‘Everybody Works’ was,” Melina affirms. “I feel like a completely different person and I’ve grown to have more clarity within my personal life. I’m still learning how to navigate this musical career around my mental health, friendships, love life, social media etc, and my relationship to ‘Anak Ko’ will likely change once it’s released. Hopefully I’ll figure out what it truly means to me, but right now I’m super proud of it.”

Jay Som doesn’t have to be outlandish to wrap you up in her sonic dreamscape, and she doesn’t have to be direct to be outspoken. “It was me trying to look more inward into myself,” she nods before pausing, trying to find the correct words: “I’m intentionally making music I feel I should make.” Full of enough variety and adventure to make any generalisations moot. All aboard the Jay Som bus

Ahead of Melina Duterte’s trip to Brighton for The Great Escape this weekend, she fills us in on ‘Everybody Works’. 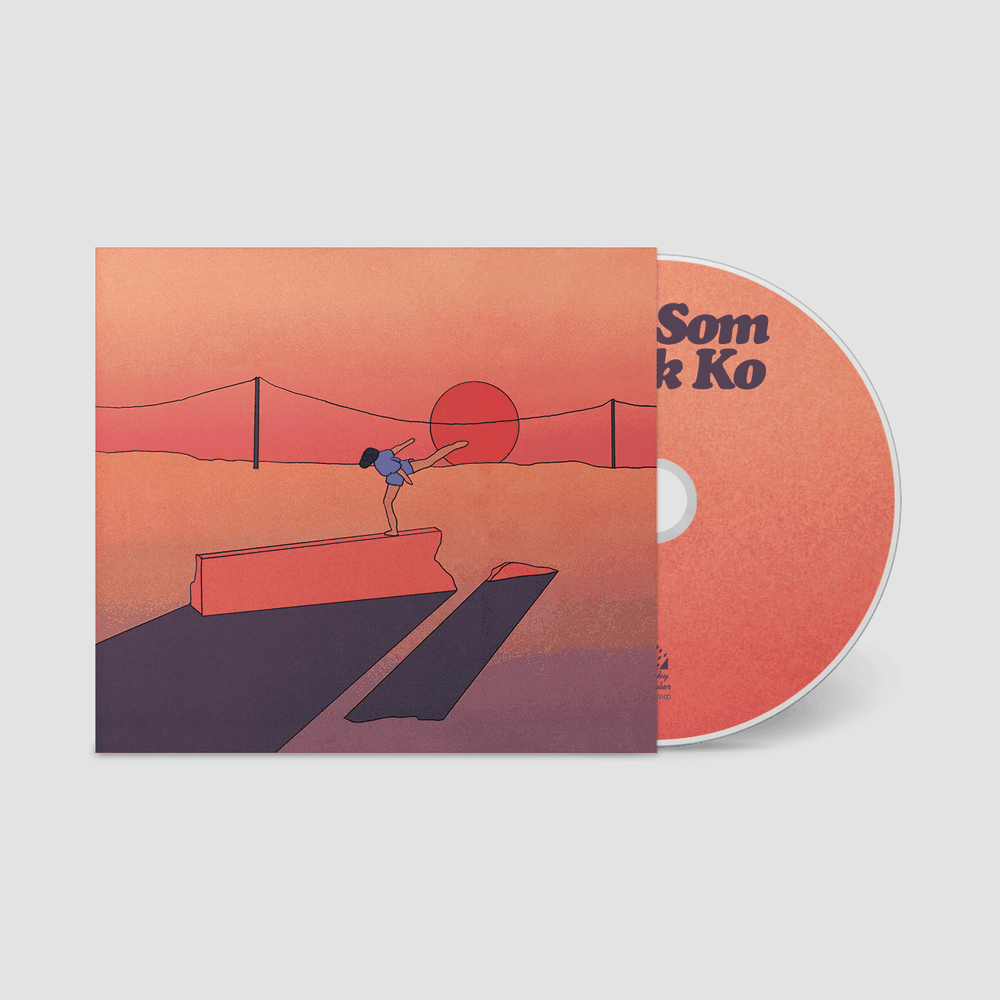