After releasing their debut EP ‘Devotion’, the London-via-France trio craft crystalline futuristic pop bops, alongside their trusty mascot Zippy. Inspired by “bubblegum pop stars as their nineties shoegaze icons”, their debut EP flows between their expertly pristine pop melodies and shoegazey stylings, always aligned with their motto that “EVERYTHING IS ABOUT EMOTION”.

We shot them over some qs to find out a lil’ bit more.

Caro: I remember we listened to a lot of ABBA and Supertramp when I was a kid with my parents. The car was the only place where we’d listen to music so I’d often ask them if we could go for a drive to listen to stuff, and we’d drive for a while, just listening and dreaming about stuff each in our own world. I loved that.

Caro: It’s hard to say when I started out, it seems there were a lot of different starts. I guess I had lots of different phases, from RnB like Mariah Carey, Ashanti, Usher, to the Pixies or Beach House which I was obsessed with at different times, and then shoegaze and krautrock through the guys. I was listening to lots of bands when we started our own. I’ve also always listened to classical music and I think it’s always in the background somewhere.

You’re from Paris! What do you think of the music scene there at the moment?

Caro: I’m not from Paris actually! I was born in Marseille and grew up further east on the coast. I moved to Brighton when I was 18 and stayed there for a few years. I eventually moved to Paris for a while but I was never really fond of the scene in Paris at the exception of a few people, and that’s part of the reason why we’re in London now. We feel more inspired by what people do over here, in terms of music, fashion and visual stuff.

Charles: Same for me, I find it hard to identify with the music scene in Paris. There are a few really cool projects from France though, but not necessarily from Paris, like Dj Lostboi or Retro X.

Alex: The greatest thing about Paris are the Ina GRM concerts.

Caro: I really love Palmistry and Organ Tapes. I love their productions and their vocal melodies really move me.

Charles: Triad God, who is one of our biggest inspirations, and who should already be a big popstar.

Alex: Elysia Crampton, it’s so beautiful how she blends digital and acoustic worlds.

Caro: We quite like the idea to do everything by ourselves musically, at least for now, but visually it was so amazing to be able to work with Leon Sadler, and Aidan Zamiri/Eamonn Freel on the Party video. They really help us build this whole new world!

Charles: It would be awesome to work with a cool film director like David Robert Mitchell or Jeff Nichols on a movie soundtrack or something one day!

Caro: Going further in what we create.

Caro: I think it’s important to try to stay authentic when you create something. It’s easy to pretend to be someone you’re not, and even if there’s always a bit of role playing when you’re making art, in the end the essence has to be true. And what we’re doing with Planet is very true to me. 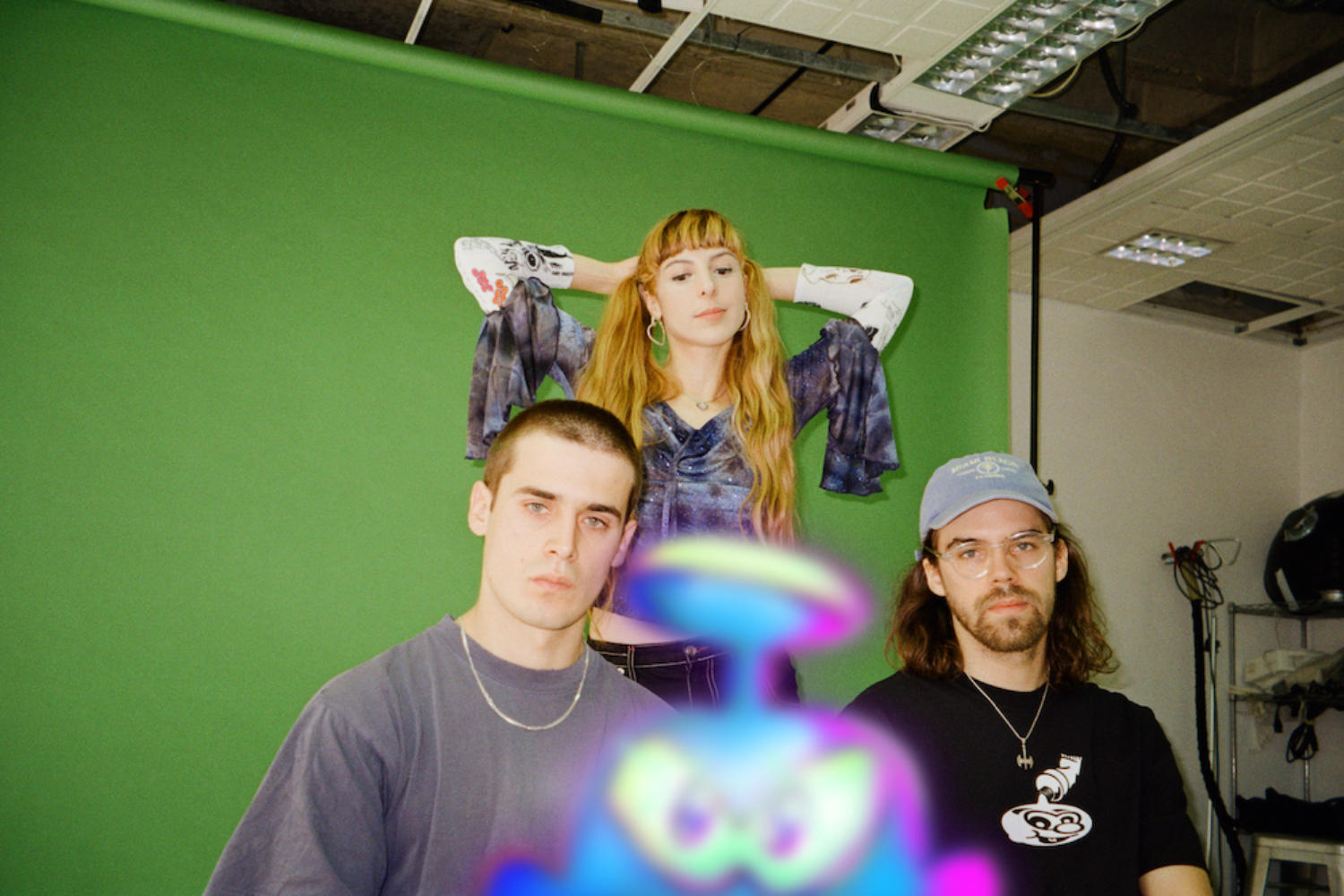 It’s their latest single from their forthcoming March debut EP.