Ahead of new album ‘Jump Rope Gazers’, The Beths’ singer Liz Stokes dropped DIY a line to fill us in on all the juicy goss behind the 10 tracks that make up the New Zealand band’s second effort.

From computer confrontation to good old-fashioned falling in luuurve, dig into the record - released on Friday - below.

‘I’m Not Getting Excited’
People always ask “are you excited!?”, and it’s a fair question because exciting things do happen to us sometimes. Support slots, overseas tours, music releases. Stuff we’ve dreamed about for years. So the correct answer is always “yes”. But the truth is that deep down there’s a tiny Liz saying, “don’t get excited.” She is certain that anything good that could happen will most likely not happen, because of a freak accident. Or because somebody finally realises that we aren’t worthy, shouts “phony!” and takes everything away.

I wrote ‘I’m Not Getting Excited’ last year, well before everything really did get taken away. From everyone. It feels like the song has a new context, but we don’t know what it is yet. And now we all share a blurry, uncertain future. I don’t know.

‘Dying To Believe’
Sometimes you hate a conversation so much it makes you hate yourself. I am extremely non-confrontational in person, so during those conversations my resentment is turned upon myself and my inability to say what I want to. It’s led to some unhealthy friendships lasting perhaps longer than they should have.

‘Jump Rope Gazers’
This song is about falling in love. I’ve always dabbled in extreme sincerity, but always self consciously. I think there’s nothing more scary than just using the words ‘I love you’ in a song. In a love song. I didn’t manage it on our first album, but I guess I was ready to for this one.

The bass drum Tristan used for this one was a huge, old, modified marching bass drum. It’s the slowest tempo we have played, which gives us space to do things we wouldn’t normally be able to.

‘Acrid’
I think this song is about the careful dance you do when you want to get to know someone you aren’t close to yet. Where you make plans so that you can bump into each other but you pretend, even to yourself, that it’s not a big deal if you run into them or not. Those early stages are delicate, and there’s a lot of meticulous nonchalance involved. And probably some ascribing heartlessness to what is almost certainly obliviousness. On a Friday night, woo.

‘Do You Want Me Now’
This song is a real downer, sorry all. To be ‘in’ when the other person isn’t sure… feels bad. People are people, and people need time to think and process, but when you’re waiting it can seem like purgatory.

‘DYWMN’ morphed a lot while we were working on it. It feels like a departure for us in structure and form. We tried to resist our instincts to bake in dynamic highs and lows, and to fill the spaces. We wanted ‘DYWMN’ to be a moment of calm and quiet in the album.

“I think there’s nothing more scary than just using the words ‘I love you’ in a song.”

‘Out Of Sight’
‘In sickness and in health’. It’s a given that romantic relationships have their ups and downs, but all close relationships are a give and take of love and respect and pain and indifference. Adding distance into the equation doesn’t help, as people move apart and you struggle to support each other from different cities, different time-zones, different emotional states. But you love each other, and you weather it as best you can.

The band playing on ‘Out Of Sight’ is more fragile than we usually allow ourselves to be. We are trying to listen more deeply and be more open-ended, it was confronting to do and sometimes even frustrating. But it came out great, Ben’s bass-playing especially is beautifully melodic and gives the song a unique texture.

‘Don’t Go Away’
This song is a tantrum in which I demand that all my friends stop moving away because I miss them too much. And obviously my feelings are more important than their dreams and ambitions.

‘Mars, The God Of War’
‘Mars…’ is a spiritual sequel to ‘Dying to Believe’. It’s about communication and confrontation. But having established that I am non-confrontational in person, of course the confrontation occurs via the ‘war machine’. Which is… it’s my computer. That sounds pretty lame when I write it down but the song is recorded and now it is too late. It’s about trying to tell someone you are upset with them over email. At three in the morning. Hypothetically.

‘You Are A Beam Of Light’
I’ve never said “wish you were here” or “wish I was there” more than I did last year. I wished for teleportation powers so many times, for the power to appear on my friends’ doorsteps and tell them things were going to be OK. That sometimes things are hard, and sometimes bad things happen to good people. To the best people.

We treated ‘YAABOL’ with care. It’s our first attempt at an ‘acoustic’ song. We weren’t sure if we should try to leave it bare or to play with it a bit. It didn’t feel like a stripped back ‘authentic’ performance, it felt like something else. So we let ourselves go further with it to see what happened, which was fun.

‘Just Shy Of Sure’
In a vain effort to not finish the album with the acoustic number, ‘Just Shy Of Sure’ felt like the right song to end on. I guess it’s about attempted optimism. Or viewing optimism from within a bubble of depressive pessimism. I don’t know why that seems like the right note to end on, but it feels open ended. It feels like a song that looks ahead and wonders how things will turn out.

A cathartic acceptance of doubt.

The Beths release ‘Out Of Sight’ video

The new track is lifted from their upcoming second album. 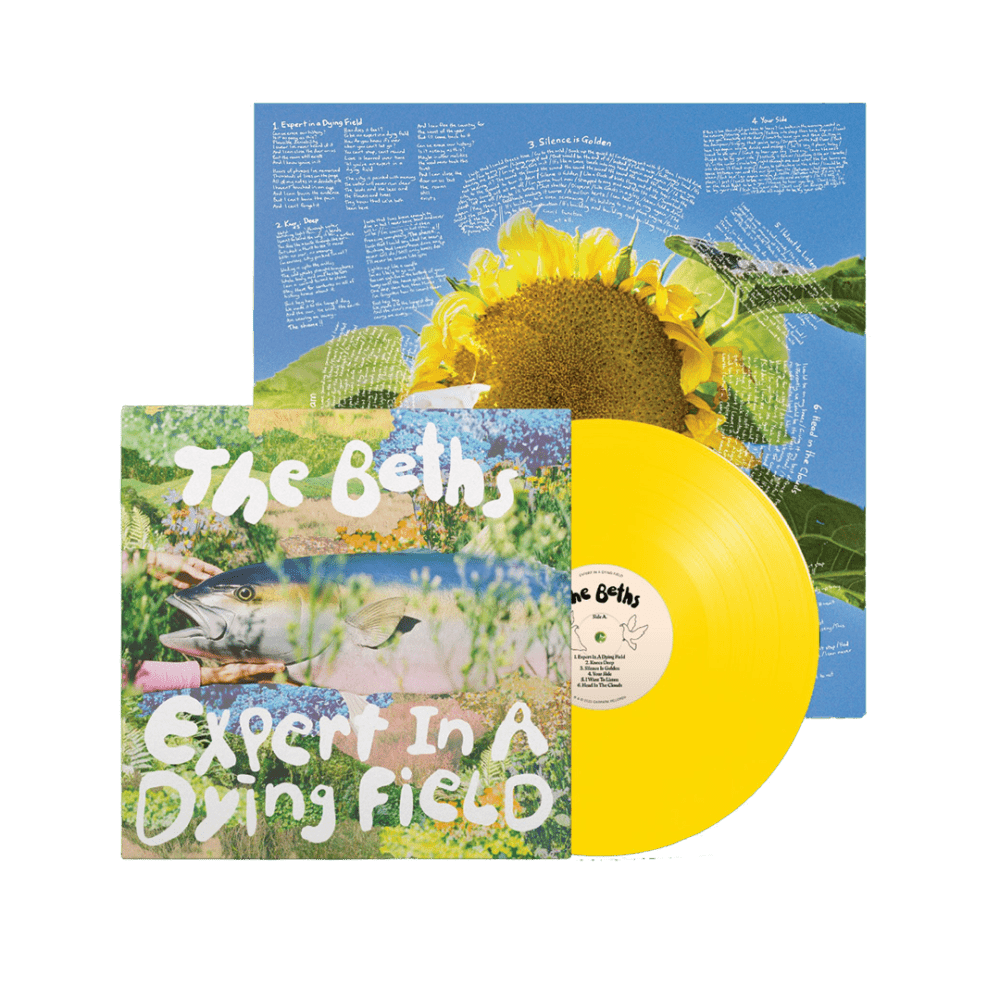 The Beths - Expert In A Dying Field Yellow Vinyl 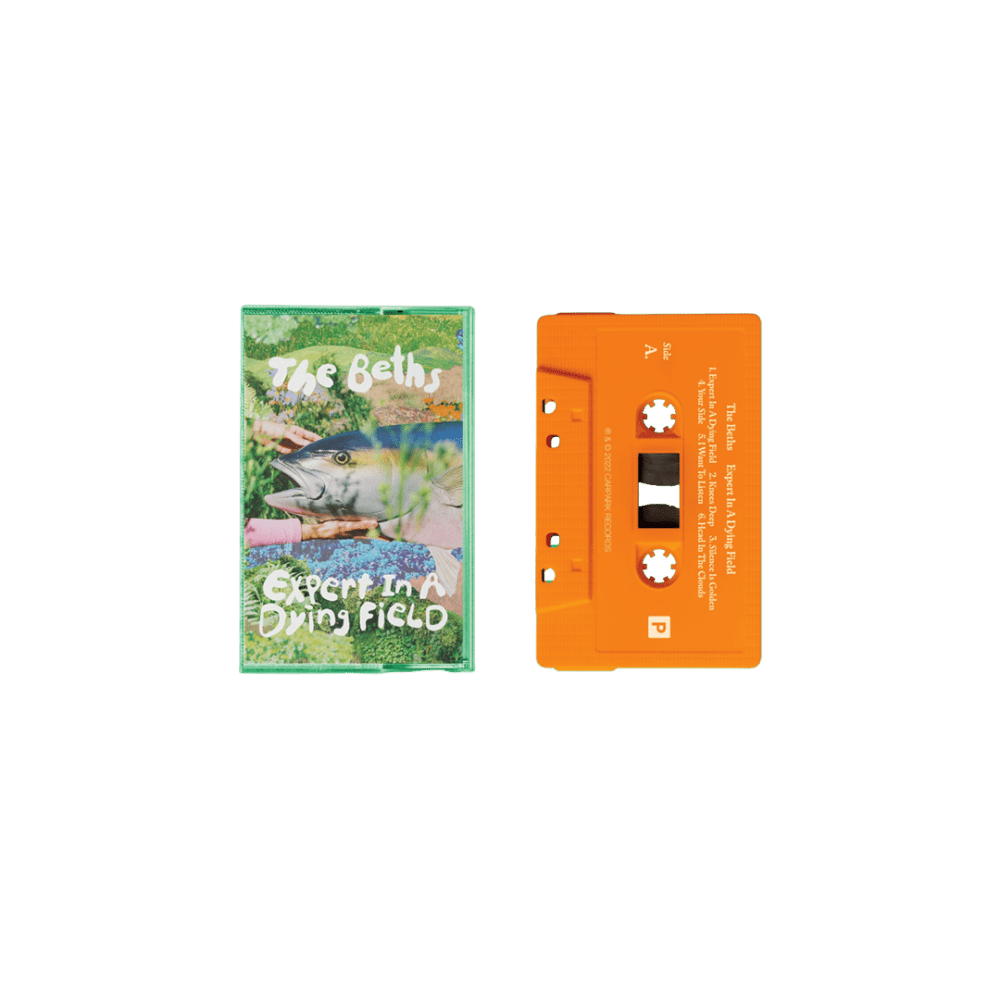 The Beths - Expert In A Dying Field Cassette 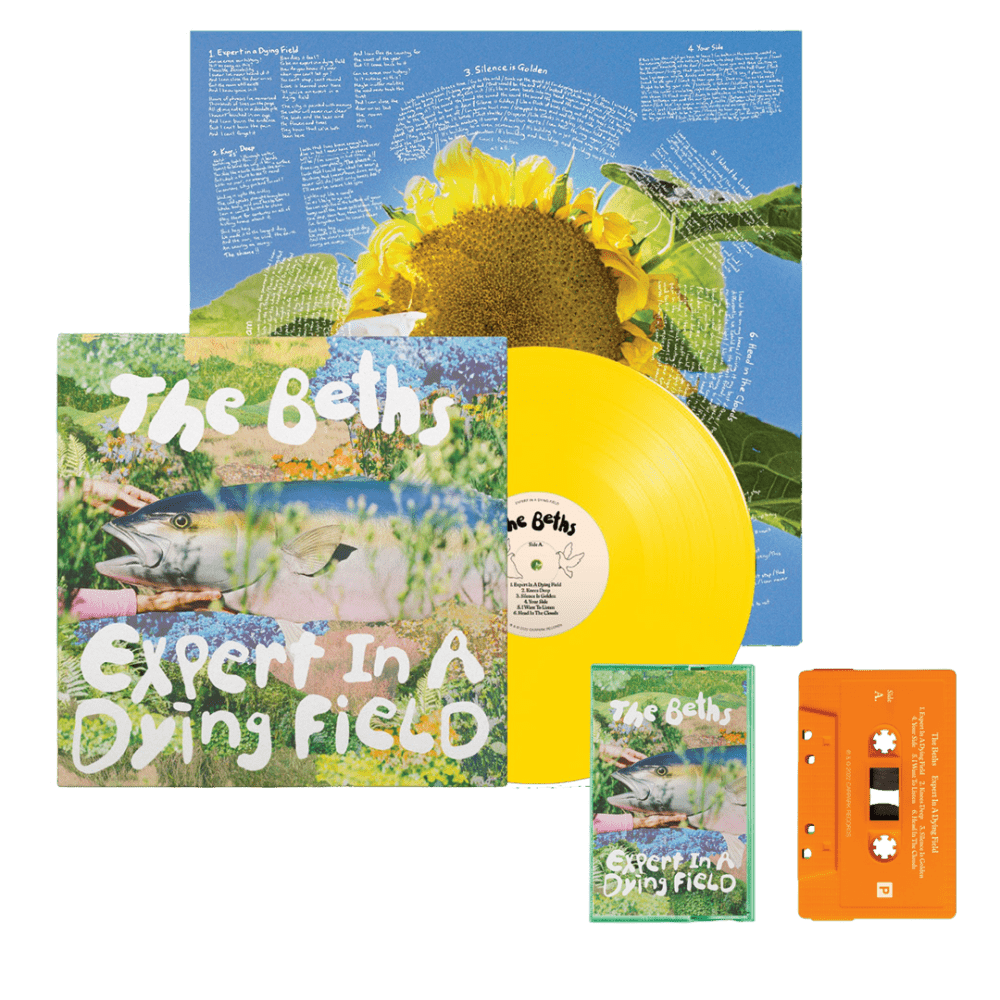 The Beths - Expert In A Dying Field Yellow Vinyl + Cassette