Returning with sizzling new single ‘Creeps’, Crystal says of the track, “’Creeps’ is a song I wrote after a party me and my friend ‘crashed’ - the people were very closed minded, the music had no drums, and the minute we started playing our music and opening up the room to another vibe that was more colourful and more open, everyone started dancing. The party became fun and as a result of the music change, we became the centre of attention. People really looked at us like we were something different and something that they had never seen before. There is always a moment where you feel different when you’re a person of colour, I wanted to bring more beauty to this kind of situation - calling ourselves words like freaks and creeps, because we’re not ashamed of being different. And in the end, we’re the one making you move, and we are what you love!”

With more magnetic tracks set to arrive this year, we sent her over some qs to get to know her a lil’ better.

Describe your music in the form of a Tinder bio.
Hello. I'm a young soul discovering the world. Very open-minded person.
Ready to catch the first good energy I see. I see myself as a very aerial person with a glitch of lucidity.

What’s your earliest musical memory?
My father, he is a jazz player. He plays saxophone. I’ve bathed in Afro American music. I remember my father on stage with his quartet free-jazzing the whole energy of any space he would be in.

Who were some artists that inspired you when you were just starting out (and why)?
I have 3 main artists that I look up to, and they have always inspired me in the way they sing their emotions: Macy Gray, Betty Davis, and Kelis. Singing my guts out is my therapy and these women showed me how to do it!

You’re from Paris! What do you think of the music scene there at the moment?
It’s moving so much! We are opening to new sphere where our underground scene is becoming something bigger. I think Paris are finally finding our sound and where we wanna go without imitating anyone. I just created my own label, because I felt like France needs to make more sound for the rest of the world. The first girl I signed is Dian, an African and French singer that sings English, French and sometimes her Senegalese dialect Wolof. We are mixed, and the French music is too. We just needed people to give us the space.

Are there any other artists breaking through at the same time that you take inspiration from?
Shygirl pulled up this year. I really look up to the project that she put out, mixing Dub, Techno, RnB. I love the way she brought out something new, very niche, but accessible to everyone.
Bonnie Banane; a French artist, the way she put her nonchalant voice on psychedelic instrumental, she brought the French language somewhere else.
And of course Dian with who I work with on my first 'Hotel Room Drama - GGGB' really help me to get out of my comfort zone and stay really inspired in the way I’m making music .

Who would be your dream collaborator?
It would be Tyler, The Creator, his whole evolution is an art piece. I followed his whole creative process and I look up to him so much.

Musically or otherwise, whatare you most looking forward to this year?
I'm really looking on centering my sound and building a strong army (spin desire) to prepare for the new world.

If people could take away one thing from your music, what would it be?
One thing I want people to feel when I sing is my emotion, I sing my pain away, my joy and my love. 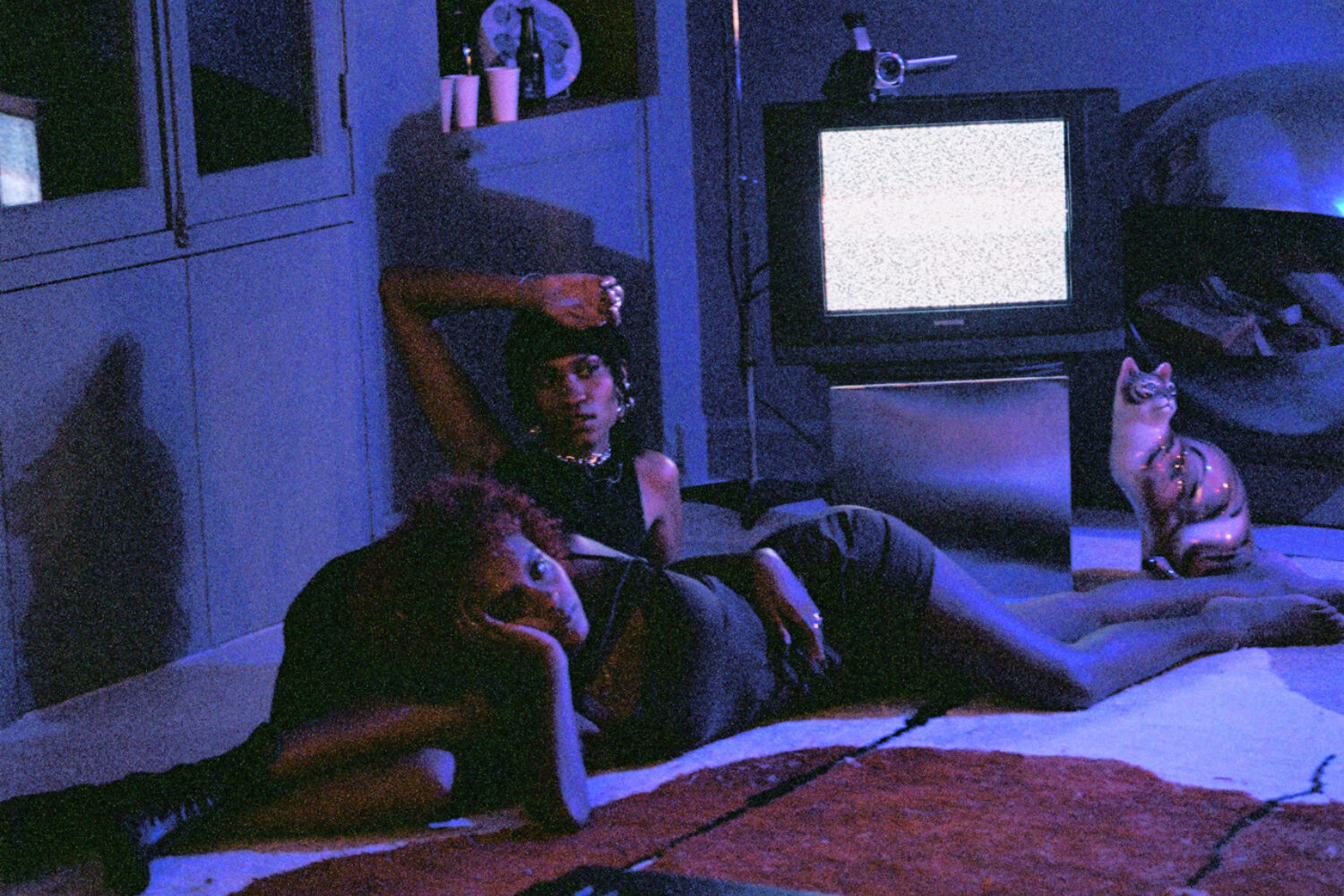 It’s the latest part of her Hotel Room Drama series.