The musical project of Margate-based Polly Mackey, Art School Girlfriend was born out of the ashes of Welsh shoegaze outfit Deaf Club. Once the group disbanded in 2014, Polly, who was a founding member of the band, found herself drawn to London’s pirate radio networks and began making experimental electronic music, eventually releasing her debut EP as Art School Girlfriend, ‘Measures’, late last year.

Now preparing for its follow-up, ‘Into The Blue Hour’, Art School Girlfriend has shared the lead single from the EP and its accompanying video ‘Distance (Blank)’, an atmospheric, electronic track exploring feelings of claustrophobia in a crowded city.

Watch the video for ‘Distance (Blank)’ and read our interview with Art School Girlfriend below.

Slow and electronic with overtones of longing and undertones of gay.

Drums was my first instrument at 8 years old. The snare was a revelation. Before I knew what a drum kit was, I used to listen to music and imagine the snare sound as someone in a dark room with tinfoil gloves on, clapping their hands.

PJ Harvey; I started listening to her when I was 15. I bought all her albums in chronological order and wore each one out before I'd move on to the next. I love how there's such a progression; she can change characters and evolve her sound without it ever sounding contrived. She makes the kind of music that can make you ache but also feel powerful.

You’re based in Margate - what’s the music scene like there at the moment? Are there other artists breaking through at the same time that you take inspiration from?

Margate is so inspiring and full of talented people, I really feel lucky to have spent the last few years here. There are too many musicians and artists to mention, but Ghostpoet runs Radio Margate which is brilliant - I had my first radio show a few weeks back, it's such a good space to hang out and hear great curated music. There's Soma World who make really dreamy music - they also take photos, direct and design - Tom Dream did my video for Distance (Blank) and my most recent photos. I used to share a studio with Night Works who has some new material coming out soon which is sounding smooth, and opposite was Ghost Culture who makes excellent electronic music. Also, shout out to Art's Cool who puts on shows and recently opened a beautiful big venue and record shop called Elsewhere.

I make mostly electronic music, I enjoy the sonic possibilities of it; but guitar is where I started. At some point I'd like two side projects: one, a raw three-piece band, the other, instrumental-leaning dance music / progressive house. I'd like to remix a few people... Moses Sumney, Anna Calvi, Perfume Genius.

I head to POP Montreal in a few weeks; it's a city I've wanted to visit for a long time and I'm heading there a few days early to do some writing. I look forward to wandering through the city on my time off.

Art School Girlfriend's new EP 'Into The Blue Hour' is out 28th September via Wolf Tone. 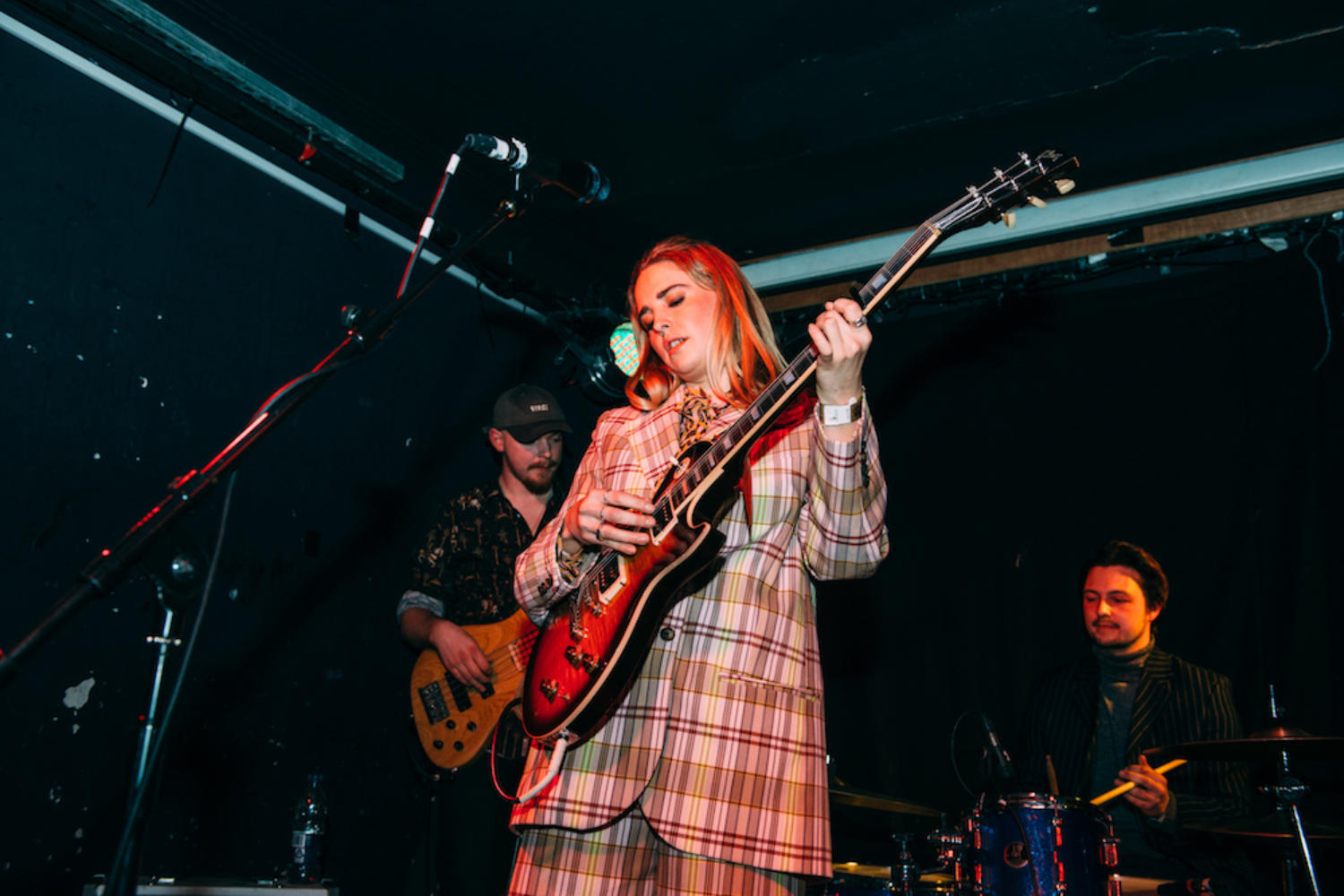