This week sees The Great Escape once again kick off with its annual First Fifty series: a sneak peak into the new bands you should be paying attention to, before they make their way to Brighton next year. We’ll be taking over The Old Blue Last with some of our faves, including headliners Do Nothing. So we grabbed ‘em for five mins to find out a bit more about what’s going on in their world.

Hey guys! Can you give us a brief history of Do Nothing?

Andy [Harrison, drums]: We met at school. We were making music with each other in various forms since we were about 16/17. Then we started Do Nothing about two and a half years ago.

Chris [Bailey, frontman]: This is a new project of ours and it’s definitely the most fun that we’ve had. We decided to basically change everything we were doing musically and took about a year off, trying to think of a new name and a new thing to do, because we got bored of what we were doing before.

Kasper [Sandstrom, guitar]: We went to a studio, just before our first gig and recorded like five tracks, and we were really getting into the groove of stuff. This was really early on and we’d not written much stuff, but we got there, did it all for like 10 days, got back, and were like “this is all shit”.

Chris: But sometimes you need that! You need to go a bit too far in the wrong direction, to realise where the right direction is.

Kasper: That really helped us know where we want to go.

Andy: It wasn’t like we decided we were going to straight away bin all that stuff off and start something completely new straight away. It was really transitional and really gradual and it’s only really become the really consistent thing that it is now over the past 18 months maybe. We only feel in a proper groove now.

Charlie [Howarth, bass]: It’s a really nice place to be in.

How did the Do Nothing style come together?

Andy: It took us a while to figure out what we all wanted to make together. Do Nothing is basically us being in a groove and knowing exactly what we want to do, whereas our previous stuff was just like us chucking everything at the wall and trying to figure out what we were doing, and nothing stuck basically. Chris does the majority of the writing of the actual tunes at home at this home studio type of thing and then pitches them all to us in a rehearsal environment and then we all bring little bits to it after that. We didn’t know that that was the way to do it until we took that time away. We were all pitching in and it was this big cacophony of everybody trying to work out what we’re doing before, but now there’s a very strict way to how we do it.

Chris: I moved in with a friend who was starting up this home studio thing, so once I had that I was like “Might as well use it!” It makes it easier, obviously you don’t all have to get together, you can just kind of fuck about with ideas. It’s in the basement so I just fuck off into the basement and do some weird stuff down there.

What are you guys working on now?

Chris: We’re sort of figuring that out at the moment. We’ve got a single that’s coming out soon, but that is probably going to be part of a larger, like EP.

Kasper: It’s called ‘LeBron James’. It’s one of the most fun ones to play in the set. It’s really groovy.

Chris: Did you watch that documentary about Fyre Festival? So, he scams everybody and fucks up the whole Fyre Festival and it all goes wrong. Afterwards he’s out on bail and then immediately starts scamming more people in like really obvious ways while he’s so under the microscope! It’s so dumb to me! He starts emailing the people who bought tickets and offers them things that aren’t real, and one of them is dinner with LeBron James which is so funny to me. It’s about those kinda fucks who do those things to people. Hustlers and conmen.

What are your other plans for this year?

Chris: We’ve got a lot of European shows in the calendar and the tour in November.

Andy: Playing in some cool places in the UK and Ireland for the first time. We’re doing a big hometown show at Rescue Rooms in Nottingham which will be really fun. Just try and smash the tour as much as we can and get the single out and hope that people like it.

Do Nothing play DIY's First Fifty night with The Cool Greenhouse and Girls In Synthesis at The Old Blue Last on 14th November. 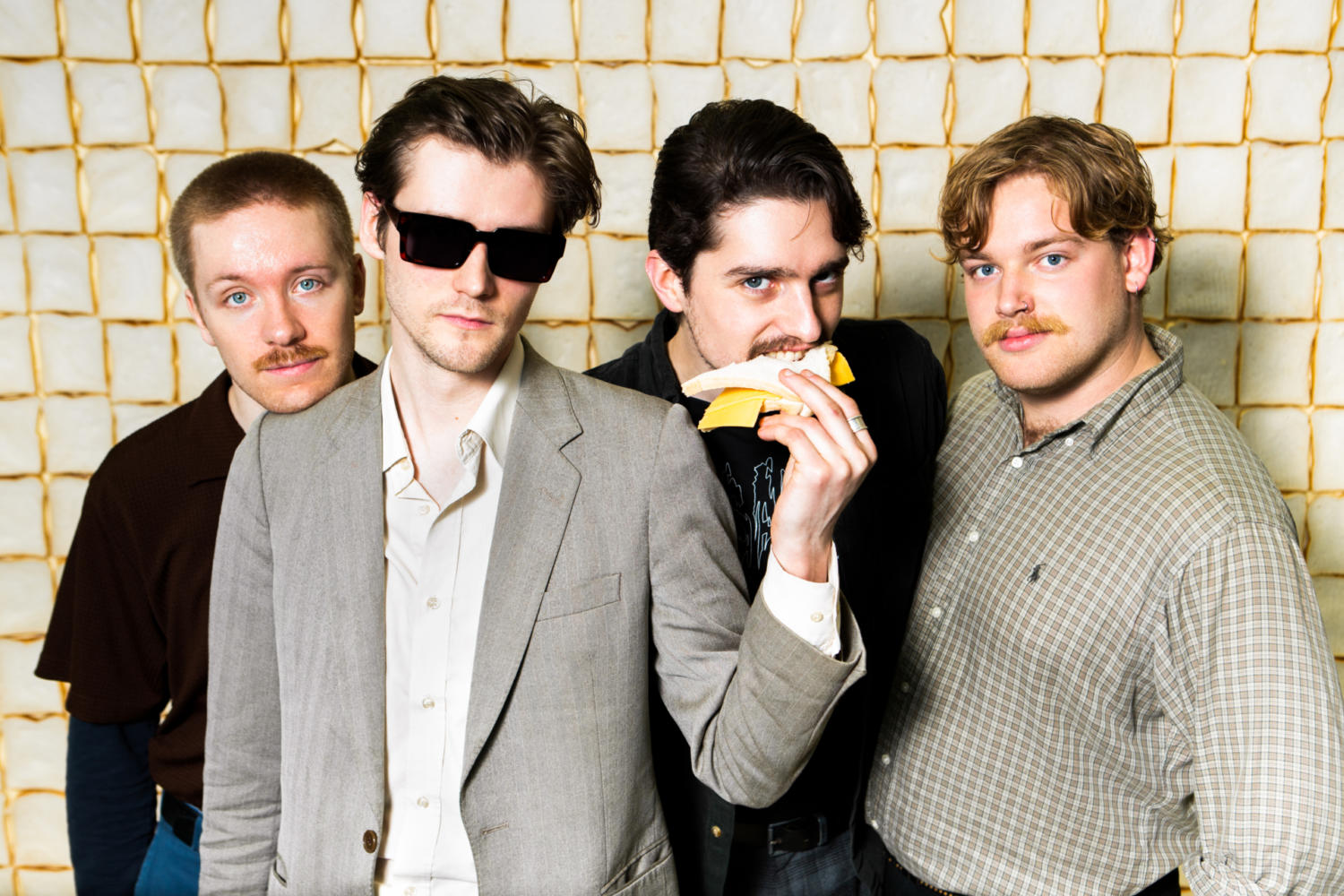 Straight outta Nottingham with a wiry line in danceable post-punk, Do Nothing are bringing humour, personality and big tunes to the table. 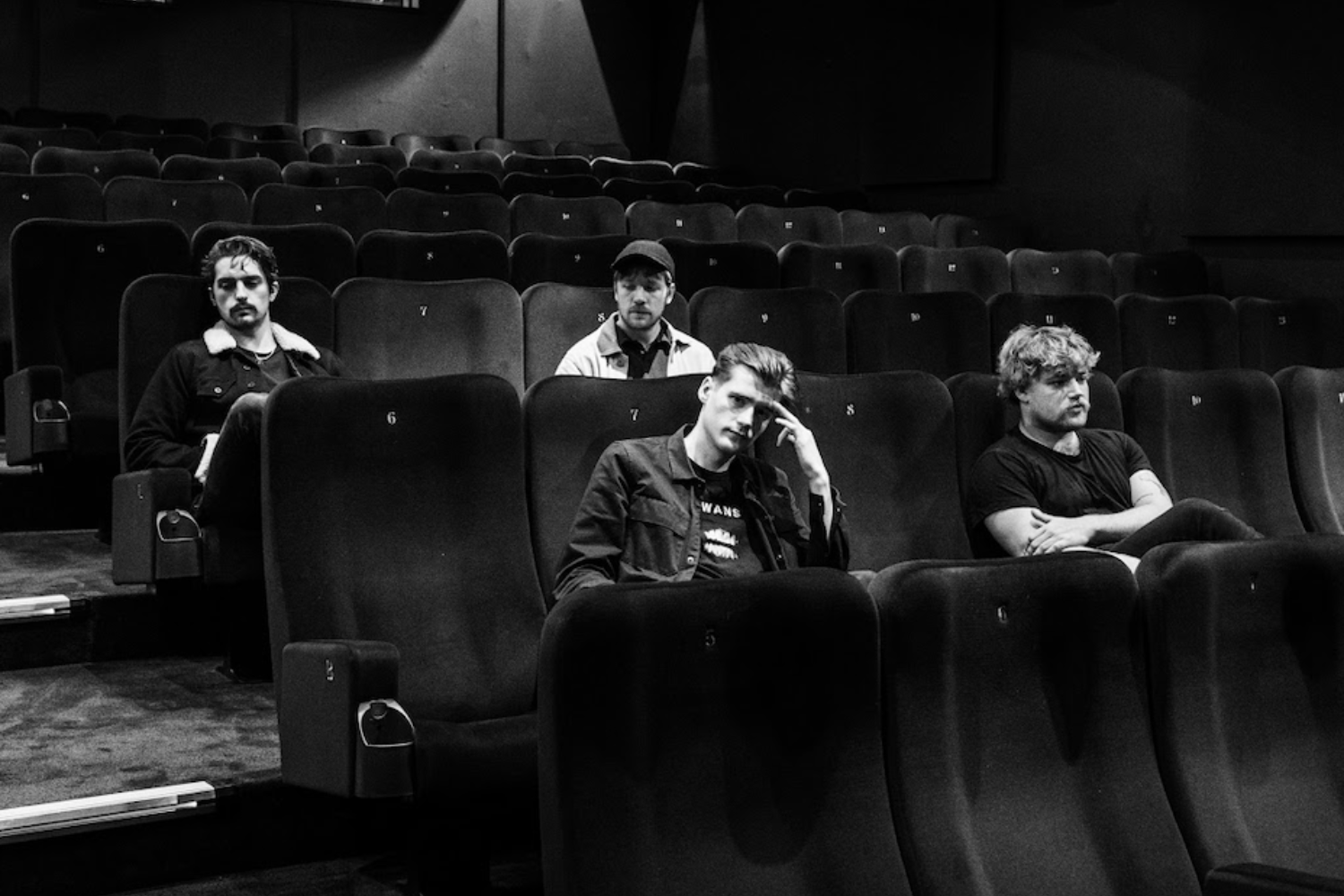 Tension builds in new ‘LeBron James’ video from Do Nothing

Shit gets sinister in the latest visuals from the Nottingham newcomers. 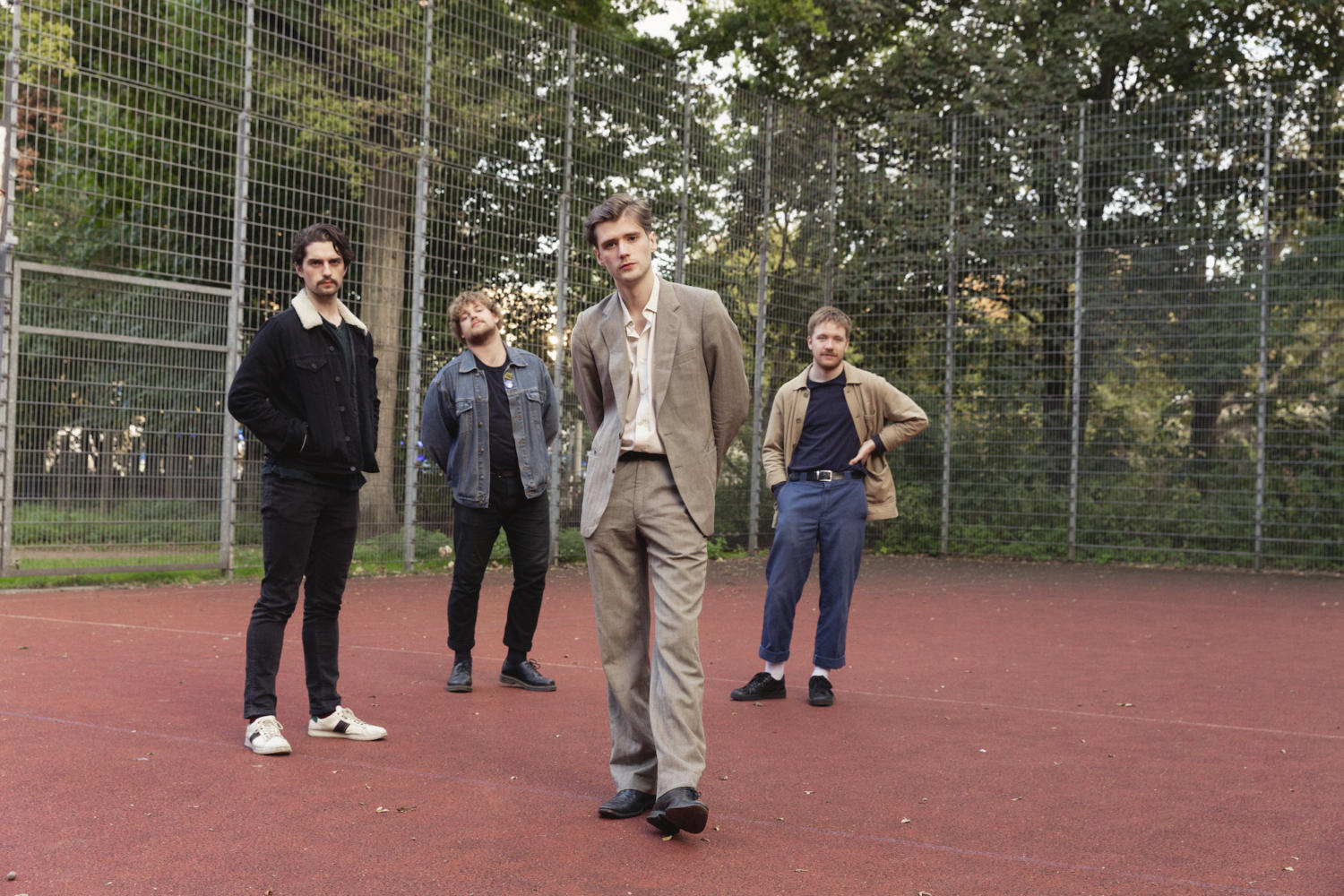 The Nottingham newcomers take on scammers and conmen in their brand new banger.