As an integral member of one of Canada’s more illustrious exports, Will Butler has always been a bit of a maverick when it comes to Arcade Fire’s live shows. Playing anything he can get his hands on, the multi-instrumentalist will often get so lost in the music, he’ll throw himself around the stage with reckless abandon night after night. So, it was only a matter of time before this rather eccentric individual tried his hand at going solo.

“It was something that I knew I would do at some point, for a long time,” he explains, “but I only actively thought, ‘Let’s do this,’ from about a year ago.”

“This” would eventually become ‘Policy’, Will’s debut album as a fully-fledged solo artist in his own right. Its eight tracks hop between genres and influences as effortlessly and unabashedly as Will’s onstage antics, from bright guitar pop, through dark, experimental synth numbers, to quaint yet heart-breaking minimalist piano ballads.

“It’s just how it is these days,” Will says. “Everyone just listens to such different stuff all the time that it really is just natural to be like, ‘Jingle jangle! Now, basic synths! Now, warm and human!’ It’s just how modern folk music is, it’s all over the place.” There were points, however, when Will had actually considered containing things a little more. “I was like, ‘Let’s sonically focus this,’ and it just didn’t work,” he admits. “Everything I did ended up going in a completely different direction,” he adds, citing ‘Something’s Coming’ as a song which did not “sonically cohere” within the album, “but it did feel appropriate.”

In the initial stages of ‘Policy’, Will was still touring with Arcade Fire, regularly playing aftershows with bandmates Tim Kingsbury, Jeremy Gara and Richard Reed Parry, where they’d perform the likes of Neil Young and Devo. Along with listening to a lot of Violent Femmes and WWI podcasts at the time, he explains. “Playing all that music was definitely influential in a way that, listening to stuff, it’s just so different to play it.”

When it comes to lyrical themes, however, things are a little more consistent. The majority of his songs illustrate some sort of struggle and a feeling of insecurity, from trivial to extreme, with religion, relationships, and the human experience in general. Take ‘Son Of God’ and ‘Something’s Coming’, for example. The former sees Will plead for a sign that there’s more to life than the here and now. “If the son of God would write it down for me in his own handwriting then oh, then I’d be good,” he beseeches.

The latter is a little more distrustful, with the line “The Lord, the Lord is watching, but he’s not your friend” clashing against the omission of the word ‘Hell’ from the chorus. He admits these lyrics do reflect his own personal struggles with religion to a certain extent, though is careful to stress he doesn’t feel it quite as acutely as the songs suggest. “There’s definitely a sad, lonely, desperate vibe in there. It’s not reflective of my reality, necessarily, but reflective of, I think, all of our histories.” 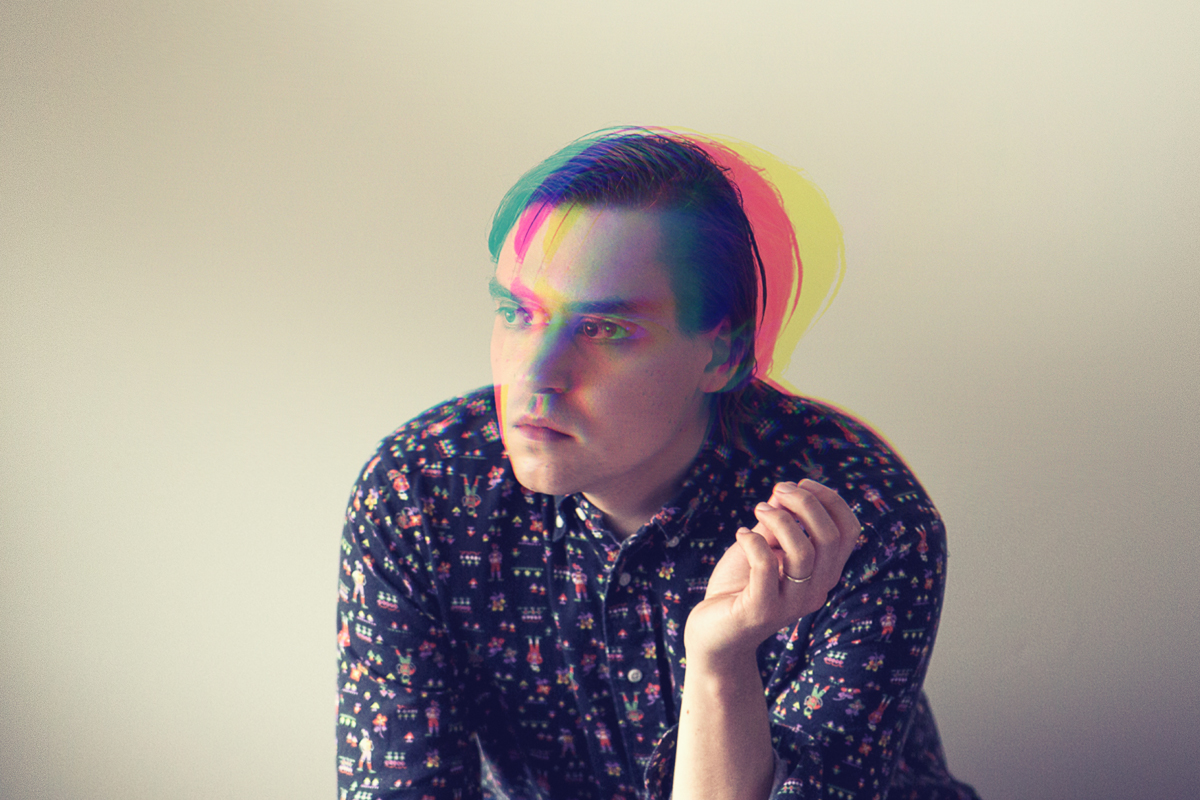 “There’s always an irony but not in a detached sense.”

To make things more interesting, Will cleverly balances these negative feelings with a good dose of dark humour. In ‘What I Want’, an innocent romance turns sinister when Will offers to buy his new love a pony before suggesting, “We can cook it for supper, I know a great recipe for pony macaroni.” And that’s just one song; there’s a generous sprinkling of sarcasm and irony throughout the album. “I like the line in ‘Take My Side’, ‘If I could fly, I’d beat the shit out of some birds’,” he reveals nonchalantly, as if he’d definitely consider it, given half the chance.

So where does this dark humour come from? “All the literature I love is super jokey, at least the literature that’s closest to my heart,” he reveals, citing the likes of Herman Melville’s Moby Dick and Fyodor Dostoyevsky. “There’s always an irony but not in a detached sense,” he explains. “There’s a separation but it’s like a terrifying, warm, human separation.” Keeping this in mind when listening to ‘Policy’ creates a whole new experience, one in which the musician’s multi-instrumental eccentricities are juxtaposed with a grounded human perspective.

With around half of the songs that would eventually make ‘Policy’ at his disposal, born from ideas almost ten years old, Will was invited by Tom Elmhirst, a resident producer and mix engineer at New York City’s Electric Lady Studios, to record the album upstairs in Jimi Hendrix’s old living room, an opportunity Will leapt on. He had spent time at Electric Lady during the mix and overdub sessions of Arcade Fire’s 2013 monster ‘Reflektor’, so knew the studio well. But to use the upstairs living room was very special indeed. “It’s beautiful,” he describes. “It’s on the third story, looks out over the West Village, and there was me and the engineer Ben Baptie just in the room, no control room or anything.”

Besides his engineer and a few featured musicians, Will was largely on his own in the studio, with full creative control from arrangements to production. Having grown accustomed to working within a much larger group, the pressure was on. “Arcade Fire has six or seven, maybe eight really artistic voices and it’s amazing, it’s really awesome to work with that,” he says. “But to be the only ‘boss’, it was very different to have there be one voice in the end.”

This isn’t to suggest his family of music makers played no part in the creation of the record. “We were on tour at the time so I was playing songs on the bus and I would get feedback,” he recalls. With fellow bandmate Richard Reed Parry having just released his classical album ‘Music For Heart And Breath’, Will explains how it felt like, “a big artistic community of people working on new music.” Arcade Fire drummer Jeremy Gara and the band’s touring saxophonists Stuart Bogie and Bauder all contributed to the record, the latter of which will be opening for him on his solo tour.

Not that he’s fazed by this at all. “It’s not particularly alienating because I’m obviously used to being on stage at this point and doing stupid things in front of tons of people,” he says. “I’m used to tripping over electrical wires and falling on my face in front of five thousand people, thinking ‘OK, whatever!’” Forget all that talk of a “warm, human separation,” and “grounded perspective”. Will Butler is a peacock who just wants to show off his feathers. ‘Policy’ does just that.

From the March 2015 issue of DIY, out now. Will Butler’s new album ‘Policy’ will be released on 16th March via Merge Records. 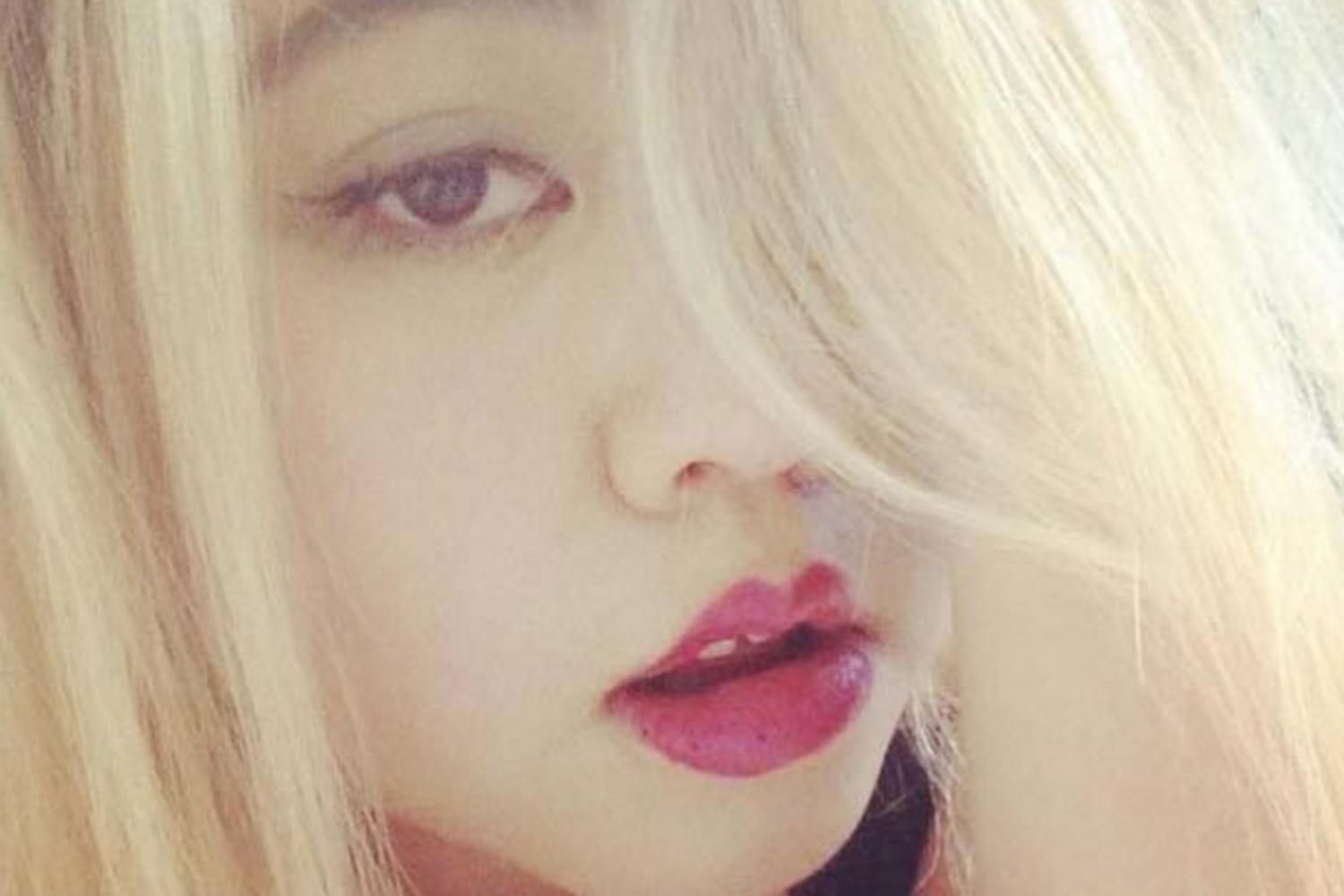 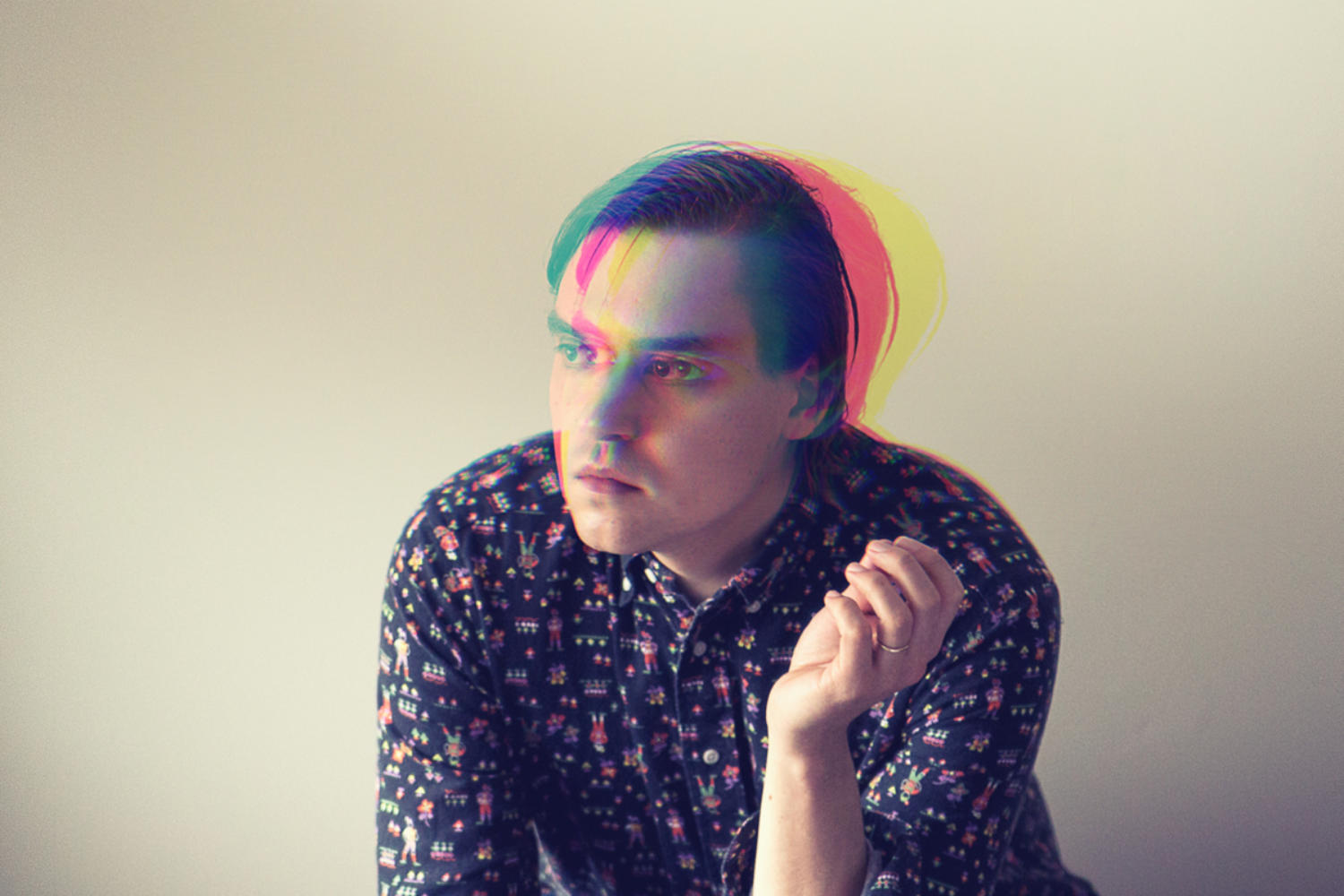 “It is not a frisky album,” apparently. 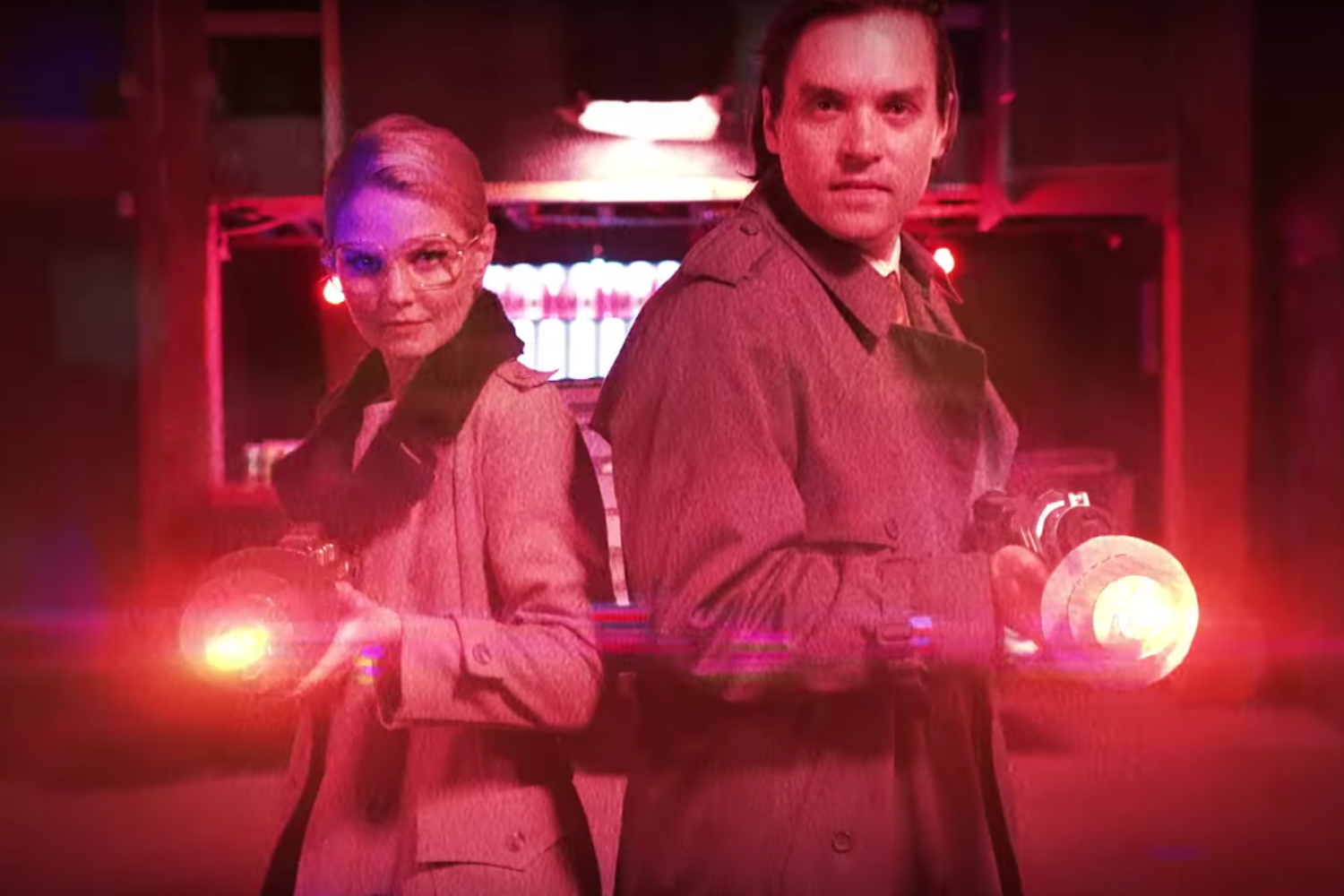 Will Butler airs ‘What I Want’ video 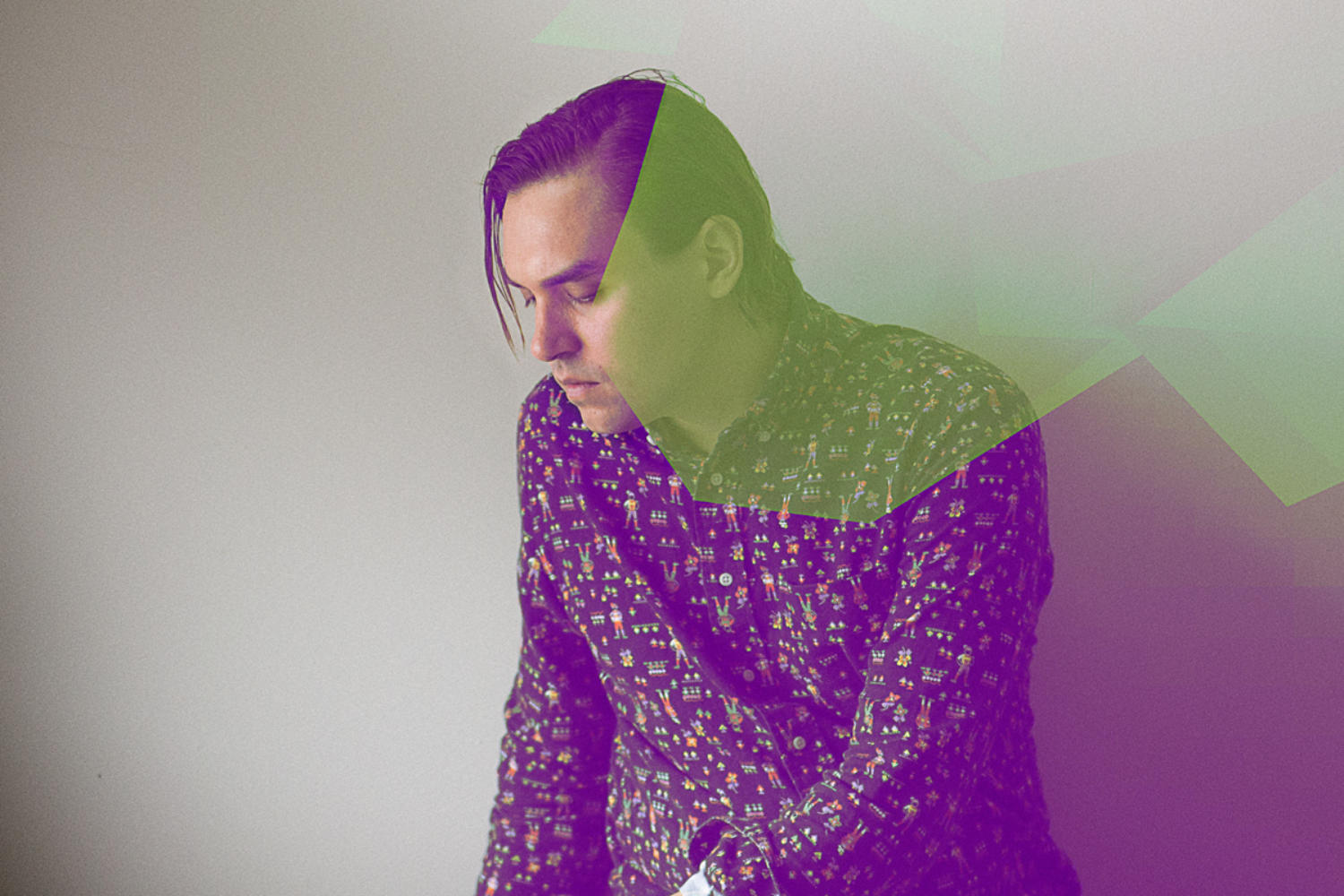 The single originally came out at the beginning of this year.