Kevin Parker’s brain isn’t wired up for taking breaks. Before Tame Impala even put out their breakthrough debut ‘Innerspeaker’, Kevin was already hard at work on the follow-up, and it’s a similar story when it comes to the Australian band’s third record, ‘Currents’. “I guess it started congealing when I finished ‘Lonerism’,” Kevin says. “As soon as I switch my brain off, it starts coming back. It’s just that amount of creativity I need running in my brain.”

After several years of living in Paris, Kevin returned to a familiar spot in Western Australia to create ‘Currents’ - “the shack-mansion”. “I always find myself wanting to go back there,” he says. “It overlooks this amazing bay, and it’s a ridiculous house. It’s falling apart. I set the drums up on the balcony, actually,” he laughs. If the band’s Instagram is anything to go by, it’s also filled with absolutely gigantic spiders, not that it fazed them. Returning to the place where Tame Impala first recorded ‘Innerspeaker’ made perfect sense. “I didn’t have my own house, I’d come back from Paris, and I didn’t have anywhere to stay, or a recording space,” he explains. “So I thought I’d go back to Wavehouse. I just set up all my stuff from home there.“

Like every Tame Impala album before it, ‘Currents’ charts completely new sonic territory, and is its own distinct entity. While ‘Lonerism’ was clouded, uneasy and isolated, on the follow-up, the haze of humid reverb has lifted. “That feeling that I’m traversing new terrain, or I’m in unknown territory is the most exciting part about making music,” Kevin enthuses. “The idea I’m uncovering some new building, even if it’s just for me.”

Kevin readily admits that in the past, he’s restricted himself by refusing to fully embrace his natural inclination towards pop. “I grew up as a grunge rocker,” he laughs. “so there were always things that, inherently, I thought were kinda naff. If I ever had pop elements in my music, I would consider them guilty pleasures, and I would take the steps to discard them.” His mindset, these days, is completely different. “When I first wrote ‘Feels Like We Only Go Backwards’ I thought it was a Backstreet Boys song,” he says, being entirely serious. “I drenched it in reverb and I distorted the drums and made it into this rumbling boulder. I’m proud of it, and I’d never change that, but I guess I realised there’s no such thing as a guilty pleasure. Pop music is not a taboo thing.”

“Put it this way, when ‘Lonerism’ came out I thought that was a pop album,” he says, laughing. “I was convinced, I thought it was pop with a psychedelic pinch to it. I guess I have the same sentiment with this album.”

“Every melody I’ve ever written is a pop melody,” he goes on. “For me, pop is a flavour that you can bring in and out of a song, it’s like an ingredient. If you’re a chef, you sprinkle in a bit. In the last few years, being in the music game,” he says wryly, “it makes you realise those ‘rules’ are boundaries.” 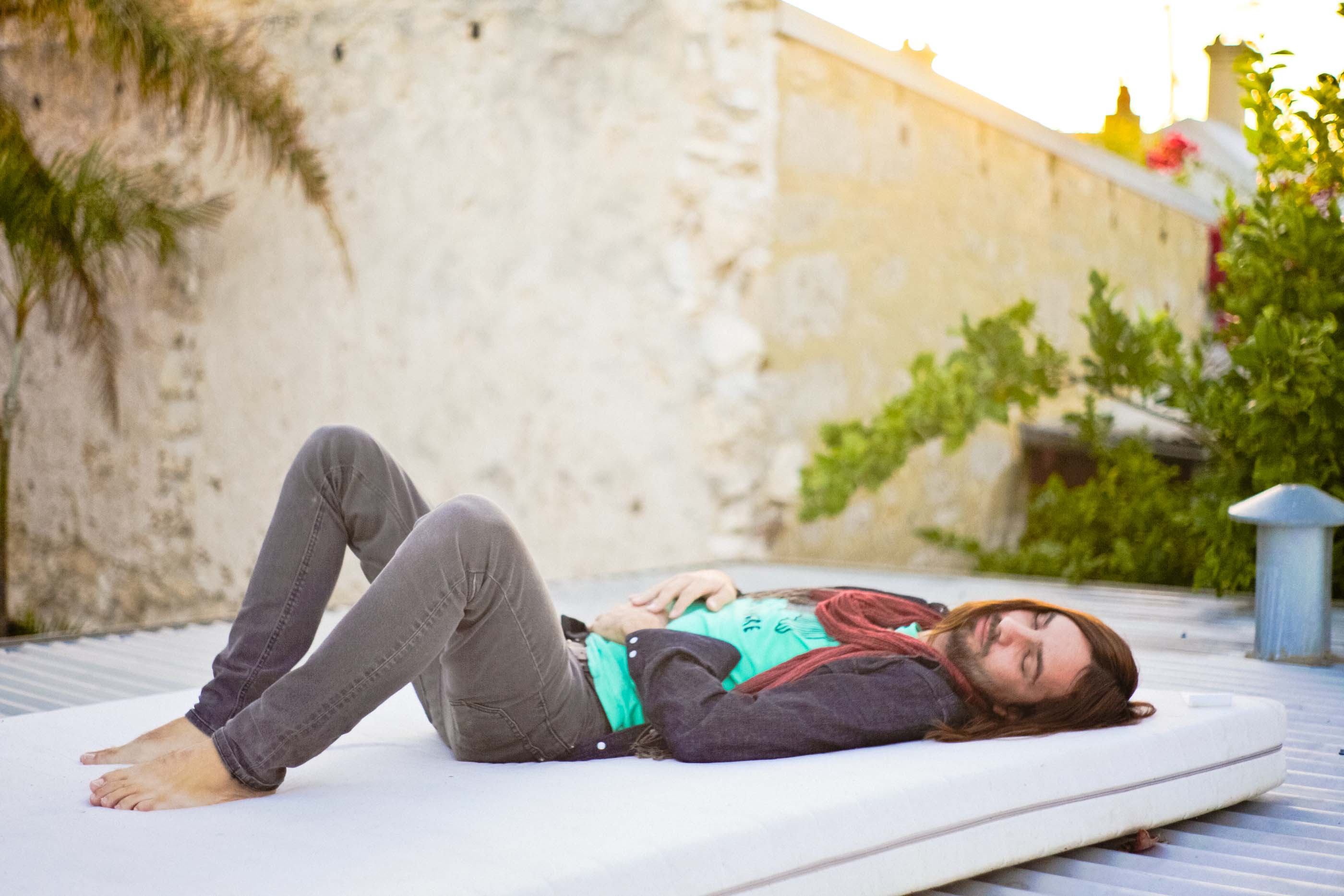 “This album is about someone that is now able to join the rest of the world and be a part of things.”

With Kevin’s pop epiphany came a whole new realm of possibilities. The result is clearest in songs like the strutting, Hall & Oatesy ‘Reality in Motion’ and ‘Less I Know the Better’ - a track which he dubbed “dorky, white disco funk” earlier this year. Previously, they wouldn’t have made it anywhere near Tame Impala, and probably would’ve wound up in Kevin’s funk band AAA Aardvark Getdown Services, or his glam-rock side project Kevin Spacey. This time round, though, anything went.

“I was a lot more open minded,” he says. “On previous albums I’ve been interested in making old albums sound new, or trying to redirect new elements into the old. This time I felt that might be restricting my arsenal. I bought one of those giant workstation synthesisers, you know, like a Justin Timberlake-type artist, just to see what would happen,” he says, pausing. “I thought, fuck it.”

Strong narratives and themes soon started to emerge as ‘Currents’, gradually fused together, with realisation, acceptance and connection tellingly cropping up at every turn. “I think people thought ‘Lonerism’ was about loving solitude,” says Kevin, looking back on Tame Impala’s second record. “For me it was about trying to connect with people and go out into the world, and being rejected all the time. This album,” he continues, “is about someone that is now able to join the rest of the world and be a part of things. Someone who wants to evolve as a person.”

“Pop is a flavour that you can bring in and out of a song, it’s like an ingredient.”

While the band’s previous albums were heaped high with unanswered questions, ‘Currents’ is Tame Impala’s most self-assured record yet. On ‘Eventually,’ Kevin sings the distinctly confident line “I know just what I’ve got to do, and it’s got to be soon, cause I know that I’ll be happier”. Down to the last melody, the entire record is bright, vibrant, and clear. “‘Currents’ is about someone realising that there’s a current within them to become someone else,” he concludes, “and they have no choice but to be the person within them.“

The album artwork - a diagram of vortex shedding - Kevin explains, is how he sees the lifeblood of ‘Currents’ visually. “It shows an object moving through fluid, or the air, kind of like an aeroplane wing, showing the direction of the air around it,” he clarifies, doing fairly well at giving a scientific explanation even though it’s still “early in the morning.” “The air in front is all flat, and calm, and straight,” he says, “and then when the object moves through, it disrupts the air, and rips it apart and leaves this train of mangled flow lines. I love that idea. It describes the album really well, because I think it disrupts the air around it as you move through it.”

Besides working on ‘Currents,’ Kevin Parker has collaborated with Mark Ronson on his recent album ‘Uptown Special’. He appears on three songs - one of which, ‘Daffodils’, was originally written for his own AAA Aardvark Getdown Services. “Mark’s an inspiring guy,” says Kevin. “I definitely learnt some lessons from being around him when he was making [‘Uptown Special’]. If nothing else, how open-minded he is about how a song can come together. I always thought a song has to be conceived from deep inside you, but for him an idea can come from anywhere - the engineer can come up with the whole thing.”

Despite having three albums under his belt now with Tame Impala, every album is a totally different challenge for Kevin Parker, and he wouldn’t have it any other way. “Does it get easier?” he asks. “No! God no. ‘No’ in capitals. This one for whatever reason drove me craziest, which is something I told myself last time that I definitely wouldn’t do. For me, making an album is such an intensive process, and it takes everything out of me. By the time I’m finished with it, as long as it’s good, and it accomplishes what I had in mind, I have that feeling where i don’t need to redo it. It’s like when you play a video game and you get to the end,” he laughs. “There’s not much drive to play it again.”

“Finishing ‘Lonerism’, I said to myself, right, next time I make an album, I’m going to keep it simple,” he says, evidently amused. “I guess I was kidding myself anyway. Making music, the whole point is being completely confused by it. It’s a ridiculous idea to think I can stay on the surface, I have to go a bit crazy. The confusion is the best part.”

Tame Impala’s new album ‘Currents’ will be released on 17th July via Fiction.

Taken from the July issue of DIY, out now - order your copy below.

Are Gorillaz teaming up with Tame Impala?