As Phoebe Bridgers stands on stage at St. Pancras Old Church, it’s obvious that
everyone in the sold out room is witnessing the start of something special. Clad
entirely in black, a stark contrast to her almost-white blonde hair, and backed
only by close friend and collaborator Harrison Whitford, Bridgers cuts a
diminutive figure that seems to grow in stature a thousand times over every time she opens her mouth.

It’s not that she possesses a huge, belting voice that booms and fills grand
buildings like these with ease – Bridgers operates most efficiently in hushed
tones that force you to listen intently to the words she’s singing – rather she has
and air of effortless superstardom about her. Bridgers’ California-bred slacker
attitude is impossibly cool in the way that only people who truly do not give a
fuck can be, yet she never once comes across aloof or uncaring. Her self-
deprecation between songs is genuinely funny and never lessens the impact of
the music, something that’s often a pitfall of maudlin singer-songwriters who try and lighten the mood, and the songs themselves are nothing short of incredible.

This is Bridgers’ first headline show in the UK, yet if it weren’t for the buzzing
intrigue that filled the church reception and grounds prior to her arrival, you’d
be forgiven for assuming that it was a victory lap underplay from an artist who
had long outgrown such intimate settings.

A 22-year- old at the start of her journey carrying herself with the assurance of a seasoned veteran doesn’t just happen, of course. Speaking from her apartment in East L.A. in the wake of that show, it becomes apparent that Bridgers is benefitting from a lifelong obsession with music that might have inadvertently prepared her for the greatness she’s destined for. 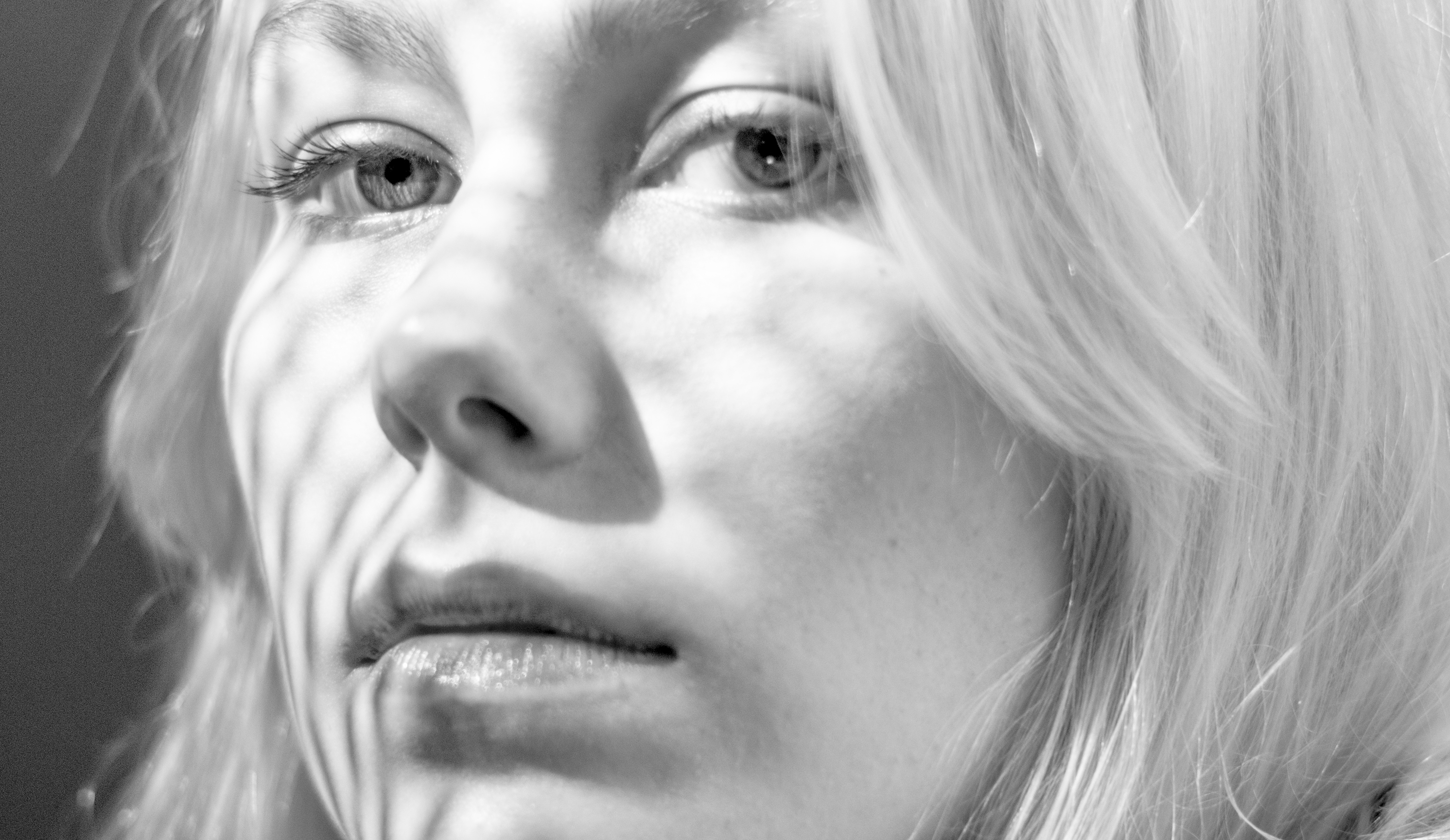 “I have this self-deprecating thing that I’m trying to get over.”

“My mom was a really big music fan,” says Bridgers. “She was really into the Laurel Canyon singer/songwriter scene, and she was really into country music. I think she was a little bit over-encouraging, because there’s no way that my performance of Puff The Magic Dragon was that enthralling, but she definitely made out that it was.”

With a bolstered sense of self-belief and, later, a massively formative first concert seeing Neil Young with her mother, Bridgers was hooked. By age ten she would pick up her first guitar, by thirteen she’d started putting together her own chord progressions and, by the sophomore year of high school, a first band was formed.

“I think we really wanted to sound like The Killers. But, y’know...” she
remembers with an awkward laugh.

A conversation with Phoebe Bridgers is a tour through her record collection, by way of tangential anecdotes and moments of total nerdhood. In the space of under an hour in a conversation that’s supposed to be about her alone, Bridgers excitedly reels off facts, stories about and praise for Nick Cave, Joni Mitchell, Philadelphia punks The Menzingers, New Jersey indie-country- emo hot property Pinegrove, Mark Kozelek, Against Me!, Conor Oberst and Ryan Adams. Despite her outstanding talent, Bridgers is here primarily as a fan.

Of those people she ends up, as she puts it, “fanning out over”, Oberst and Adams receive the highest praise. Oberst has taken her under his wing and brought her out on numerous tours, while Ryan Adams is largely credited with ‘discovering’ her. And even with all the confidence she carries on stage, the fan in her isn’t quite over the fact that she gets to work with her heroes.

“It’s a fucking trip, honestly.” Bridgers says. “I met Ryan first and I had this whole attitude of ‘I can’t ask that’. I couldn’t ask what a song was about, or I couldn’t ask why he wrote whatever really sad line. Then after a while, I realised that if we meet each other as peers and become friends through music, then of course I can.

And we all love talking about what we’ve created and what’s cool about it,
y’know?

“I have this self-deprecating thing that I’m trying to get over. I’ll just be like ‘You’re better than me why are you paying attention to me?’ I do need to get over it, though, because they’re being genuine and sweet and I need to just shut up and not make it weird. It is hard not to do that when the people telling you these things are the most influential people ever.
“But yeah, getting to pick the brains of people that have inspired me has been so surreal. I’m totally spoiled.”

“Hopefully it doesn’t take me ten fucking years to make the next one.”

Phoebe Bridgers’ debut album, A Stranger In The Alps, is out today. It’s an incredibly accomplished first effort that rivals the work of her mentor Oberst as well as that of recent tourmate Julien Baker. It’s been a long time coming and, at this point, Bridgers just can’t wait for release day.

“I’ve been waiting so long, oh my God.” She says with a sigh. “It’s weird with a debut album because there are songs on it that I’ve been working on since I was sixteen. I’ll literally never have another record where that happens.” She pauses. “Hopefully it doesn’t take me ten fucking years to make the next one.”

Chances are, it won’t. By now, Bridgers’ obsession has grown all-encompassing and the excitement with which she speaks suggests that she doesn’t intend to take her foot back off the pedal any time soon.

“Sometimes people ask me what I do other than music,” she says before getting back to her release day preparation, “and it’s just, ‘Uhh... sleep and eat?’ I don’t have another passion, really. I don’t have a choice. I’d be doing this even if no one cared, but it feels good to know that people are maybe beginning to.”

Bridgers is being modest. People do care – you only have to search her name on Twitter to find an army people dying to hear the album as proof of that – but, in a way, she’s not wrong. This certainly is just the beginning.

Phoebe Bridgers' debut album 'Stranger In The Alps' is out now via Dead Oceans. Their latest queer love anthem gets its live outing. Proceeds from the track, which she’s shared on Bandcamp, are going to be Texas Abortion Funds.