A very afternoon to you dear readers and welcome to another edition of Tracks! This week’s been a bumper one, with First Aid Kit returning again a couple of months after their ferocious International Women’s Day single to conquer our hearts with another slice of stunning and sumptuous Americana. At the scuzzier end of the spectrum, Bully bring spiny guitars and a personal, inner battle to their latest. Teleman are also back treading the alt-pop boards, but this time they’ve gone a little bit experimental and have teamed up with different electronic producers to help steer their sound.

Elsewhere, Forest Swords dabbled in beat-less soundscapes on his new single, Estrons have created crunching riffs that Josh Homme might be proud of, Lapalux investigates the ongoing battle between man and machine, and Col3trane makes sitting between numerous genres look like child’s play.

The only material First Aid Kit have released between their brilliant, soothing third album ‘Stay Gold’ and now was in the form of ‘You Are The Problem Here’, a vicious, biting attack on rape culture, and the most important the band have ever sounded.

New single ‘It’s A Shame’ - presumably the first taster of the band’s highly anticipated new LP - moves towards restoring the status quo, but not without pushing themselves forward in subtle, strong ways. Klara and Johanna Soderberg’s harmonies are more sumptuous than ever.

Chronicling a troubled relationship - “sometimes the night cuts through me like a knife” - the track’s downs are handled with as much gusty courage as ever by the sisters, and the Swedes prove themselves to have kept firmly hold of their restorative powers. (Will Richards)

Bully – Kills To Be Resistant

Take one glance at the title of ‘Kills To Be Resistant’ and it’s easy to assume that this is a gravelling, grit-flecked protest song directed towards a toupee-wearing tangerine in the White House. Really, though, it’s a more personal battle Alicia Bognanno is waging, here, holding everything at arm’s length, and dissecting the tension of it all atop spiny guitars.

“I swallow the instinct, but the feelings persistent,” she growls, and while it’s not clear whether infatuation or a potent blend of love-hatred is under the microscope here, the agonising feeling of teetering right on the emotional edge is committed to record. Moving on from the steady scuzz of Bully’s ace debut record, and treading flightier melodic climes, it’s refreshing to hear Bully’s dusted-up grunge meet clean gold. (El Hunt)

Teleman have always loved the challenge of creating a hook that’ll get lodged in your head. Last year’s album ‘Brilliant Sanity’ fleshed out their sound with even more buoyant licks and free-flowing lyrics that crammed more than a few memorable moments inside its tracks. Now, a little more than a year on from its release, they’re back on the trail of hooks again. This time though, they’re hunting them down with a handful of helpers.

Their upcoming EP ‘Fünf’ will see a quintet of producers with a background in electronic and dance assisting the band in expanding their sound further. The collection’s lead single ‘Bone China Face’ gives a strong indication of just what that could mean. Produced by James Greenwood – better known as Ghost Culture – it retains all the elements of a peppy Teleman tune, but it’s the extra synth tones that help push it a little away from their comfort zone. After two minutes it gradually builds in momentum, leading up to a climax that simply soars.

“There’s something moving in like a snake inside the grass”, sings vocalist Thomas Sanders. ‘Bone China Face’ certainly isn’t anywhere near as sinister as that, but it’s still guaranteed to be slinking around your brain long after its final hectic tones have faded into the distance. Even when they’re experimenting with sound and melody, Teleman still know how to craft a stellar alt-pop tune. (Eugenie Johnson)

With his most recent album ‘Compassion’, Forest Swords – aka Merseyside producer Matthew Barnes – produced an often arresting, emotionally-driven record that married organic elements with mechanical tones and synths, blurring the lines between the two. Skittering, often complex beats were also a major aspect of the overall sound of ‘Compassion’, but it’s just that which is stripped away on his latest single.

One the one hand, it’s easy to hear how ‘Congregate’ and ‘Free’ – released in aid of current and ongoing disaster relief in both Mexico and Puerto Rico – were born from the same album sessions that helped to birth ‘Compassion’. Metallic tones rub up against warped voices that form their own raw language or distorted saxophone squalls. But both also push the boundaries of the sound the album forged.

‘Congregate’ comes to all but a shuddering stop in its middle, incredibly choppy bursts sitting apart from each other giving the impression that the record is skipping. Eventually though, its other sounds congregate around this sparse, skewed melody. ‘Free’, meanwhile, presents reverberating and cascading piano melodies set against waves of distorted, slightly ambient synths. Together, they show off both the harsher and the more dreamlike side of Forest Swords’ work, and prove to be as compelling as the rest of ‘Compassion’. (Eugenie Johnson)

“My life is clean” shouts Estrons’ Tali Kallström, repeatedly, as she points out that well, pretty much everything else about her life is too. ‘Cold Wash’ is the flip side to Estrons’ latest single, ‘Glasgow Kisses’, and it’s also the most ferocious we’ve heard the Cardiff-based quartet yet. It kicks off with the kind of doomy riff that’s begging to be besties with Josh Homme, then when it kicks in, it’s a 100mph onslaught. In the best possible way, of course. (Emma Swann)

On his latest album ‘Ruinism’, producer Lapalux came up with a whole new term to describe the way in which the sound palettes and inspirations that he’d drawn together collided and interacted with each other on the record. Now, just a few months on from releasing that LP, he has a new EP coming up: ‘The End Of Industry’. With it, Lapalux is diving into a reality that we face every day: the rise of an automated world.

But how does someone, and in particular a producer, make a record that reflects that transitioning world? Lapalux has an answer to that. ‘The Age Of Industry’ will see him using self-modulating and self-generative patches, which ultimate will come to represent the rise of the machine. With lead single ‘Holding On’, those reverberating, dance-driven patches meld together to form an almost oppressive soundscape of whirring noise, scraping and pulses.

But there is a lingering human element to ‘Holding On’ that stops the machines from truly taking over. Whether it’s the ghostly voice that haunts the opening passage or Lapalux’s own hand reining in tech for a slightly more melodic climax, he demonstrates that people are still needed for the creative process. In its balance between a human touch and the purely mechanical, he shows how people are still holding on to control in an increasingly technological age. (Eugenie Johnson)

Dua Lipa and Jorja Smith-endorsed, London producer Col3trane turned more than a few heads with his debut track ‘New Chain’ back in May. Possessing an enticing flow, the track recalled Frank Ocean in its softness and emotional intensity.

These powers are only heightened on its follow-up, ‘Penelope’. Towing the line between rapper and soul singer, Col3trane’s making his bed in plenty of different worlds, and seemingly perfectly at home in every single one. He also careers towards the dancefloor in the latter half of the track, a dangerous, intense beat barging its way to the fore. Building on the promise of ‘New Chain’ and then some, Col3trane is making the very strongest of starts. (Will Richards) 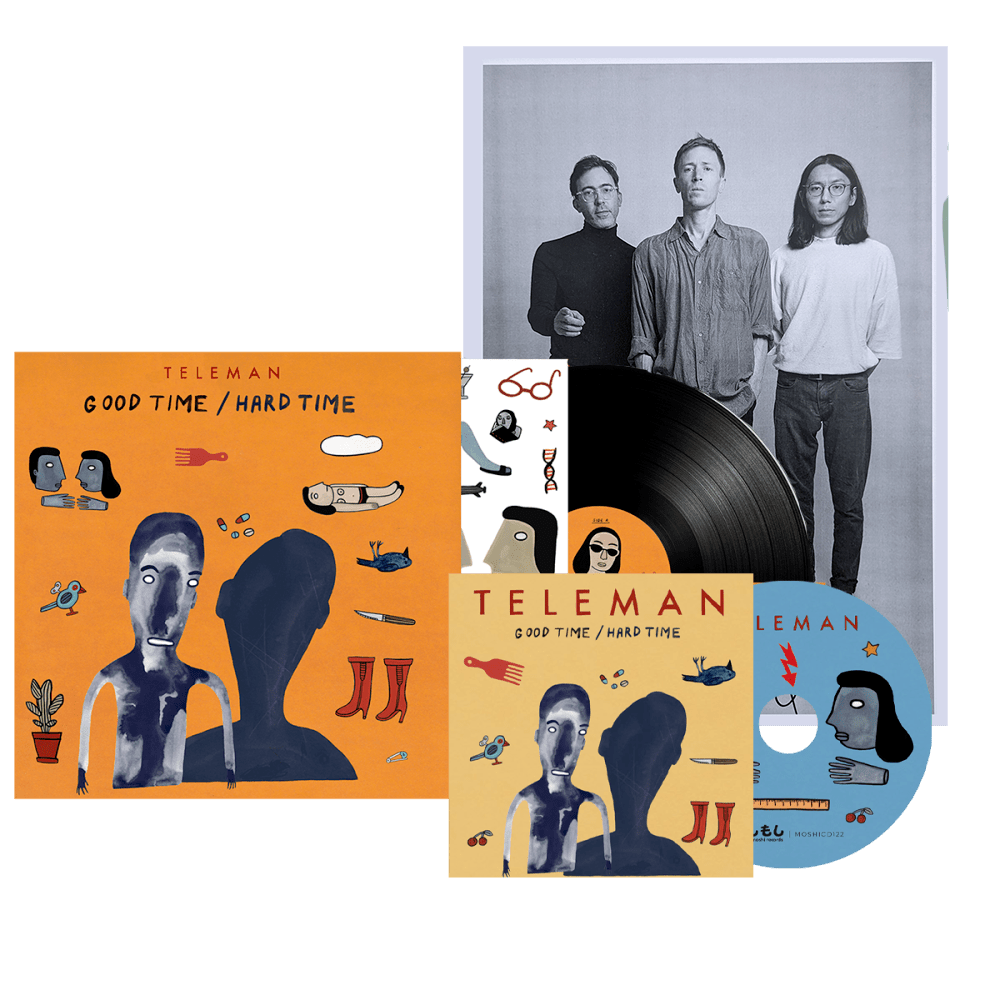 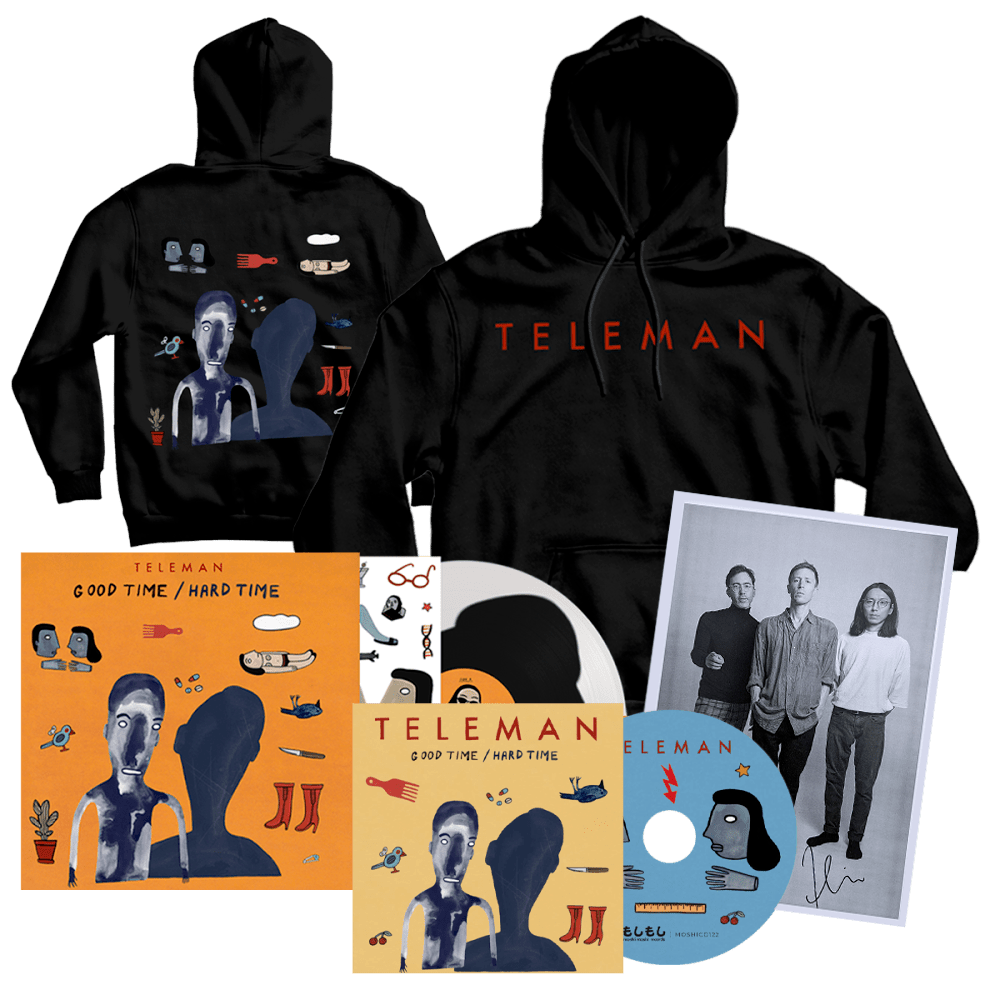 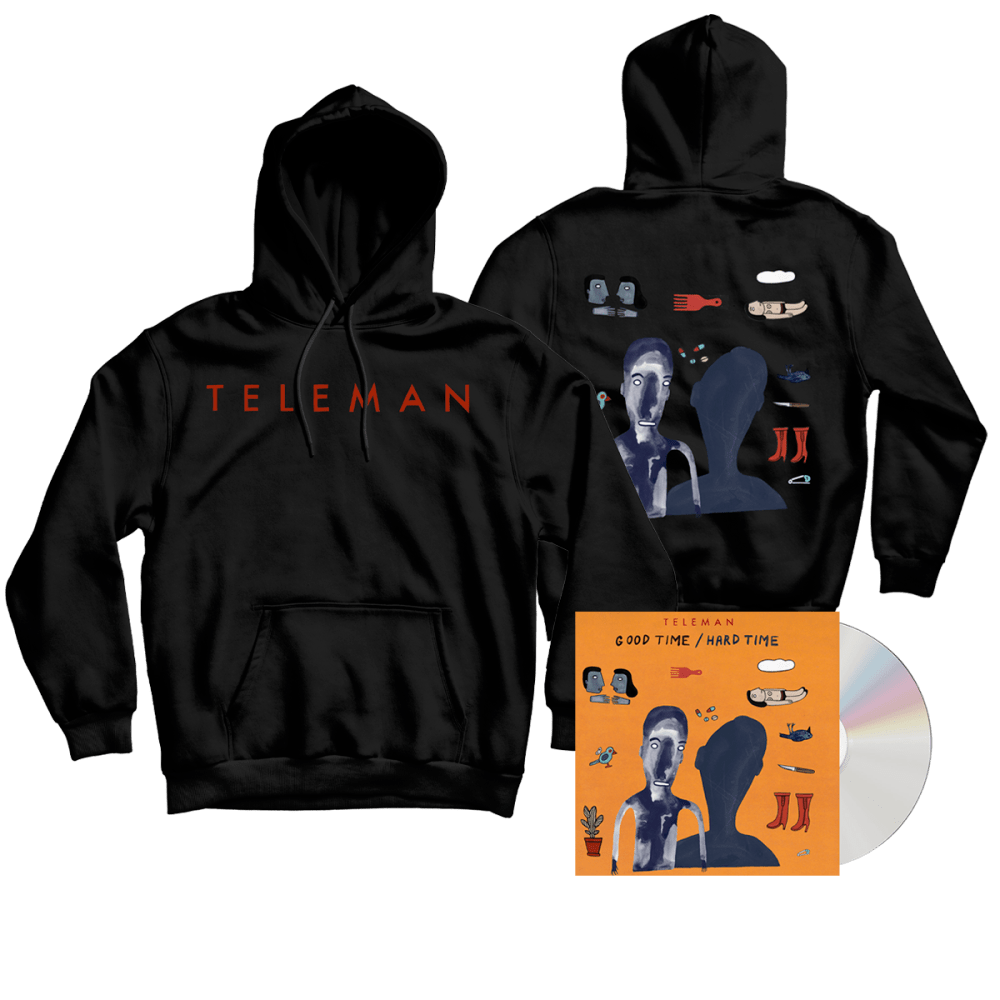 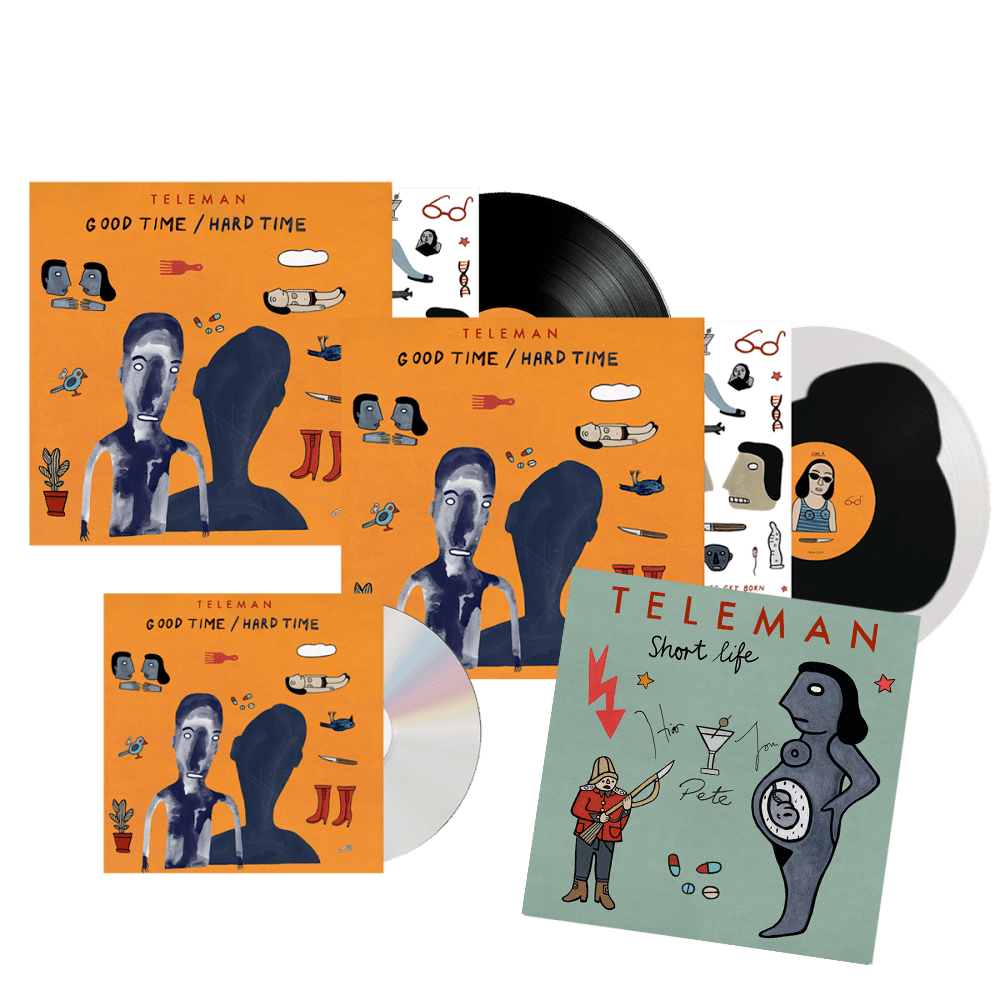 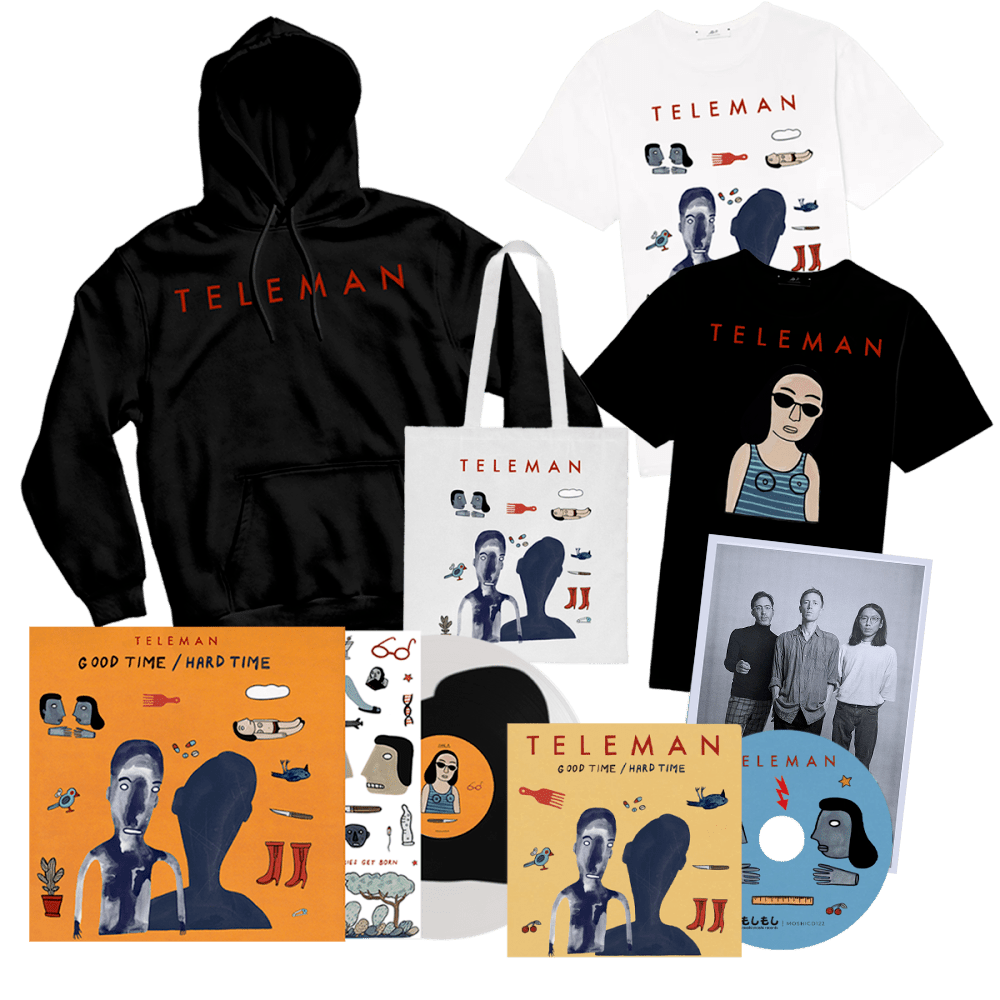 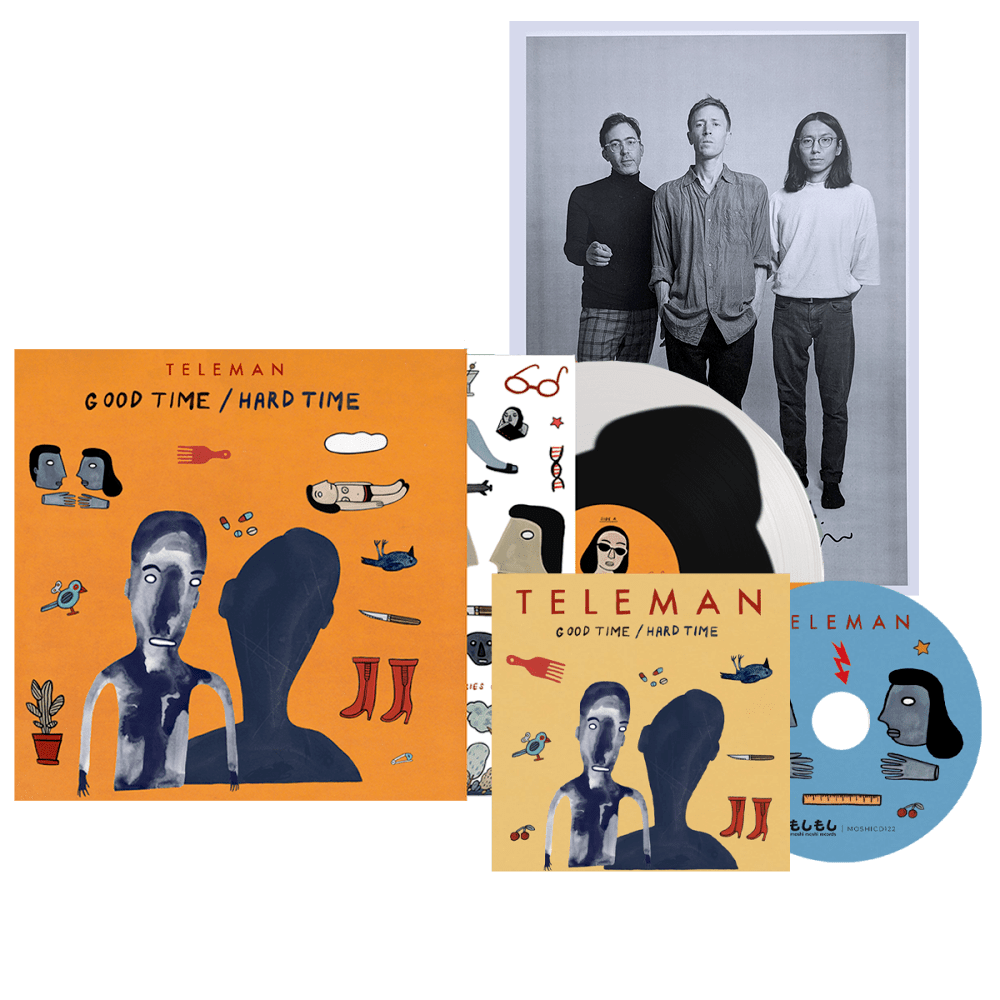