For over a decade now, DIY has been gazing into its crystal ball and predicting the stars of tomorrow via the medium of our annual Class Of list. We’ve had a pretty good hit rate, if we do say so ourselves, and this year is certain to be no different - not least because we’ve got one of the most exciting, soon-to-be-superstar bands in the country leading the pack.

Yep, without further ado, let’s give a big drum roll for DIY’s Class Of 2018 cover stars: Manchester’s shimmering goth pop future legends, Pale Waves! Our new issue will be out on 1st December, and we’ll have plenty more treats for you between now and then.

AND here’s the first one! This year, we’re taking the Class Of to the next level and heading up and down the UK on a massive, full blown tour with Pale Waves at the helm.

Kicking off on 19th February, the four-piece will be traversing our fair isle for 15 dates, playing their largest headline shows yet. If that’s not enough, they’ll be joined by DIY faves Our Girl and buzzy newcomers Bloxx.

Want to know if your other favourite new bands have made the Class of 2018 cut? We’ll be announcing the rest of the list daily over the next fortnight - like a lovely new musical advent calendar, if you will. And if that’s still not enough for you, then on Thursday we’ll have another tasty gig announcement for you to feast on.

Check out the full list of dates for the DIY Class of 2018 Tour with Pale Waves below, pre-order our Class Of 2018 issue, and start getting very, very excited indeed. 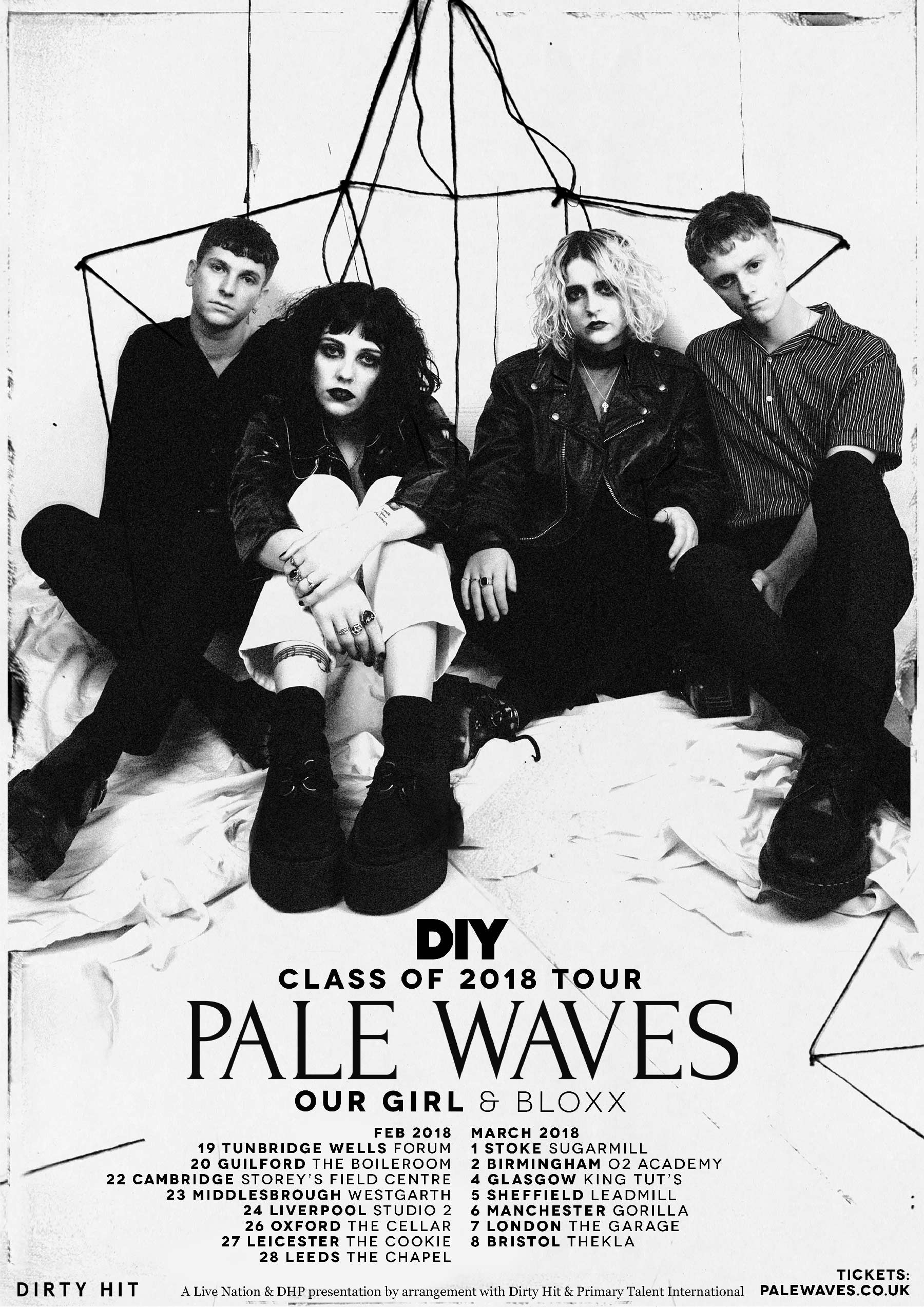 Who Am I? Green Vinyl

Who Am I? Green Vinyl The track is lifted from their second album ‘Who Am I?’. All Time Low team up with Pale Waves for ‘PMA’

The track is described as “existential dread wrapped in nervous laughter kissed by the SoCal sun”. The track arrives on Friday!