January is over, and for those of you who have been having a dry first month of the year, this week has brought plenty of bangin’ new tracks to take with you to the glorious confines of the pub.

The week’s big return comes from Chvrches, who make their comeback with pop smash ‘Get Out’. They’re joined by the equally bombastic return of Let’s Eat Grandma, whose sound has been glossed up by none other than fellow Transgressive-signing SOPHIE.

Elsewhere, Girlpool and Blood Orange team up for the gorgeous ‘Picturesong’ and Kate Nash returns with a pop-punk spring in her step on ‘Drink About You’.

With ‘Every Open Eye’, Chvrches took their intricate electronic soundscapes and gave them punch. Debut ‘The Bones Of What You Believe’ showcased the trio’s penchant for huge choruses coupled with more hooks than an angler’s shed, but LP2 had bite - their pop sensibilities made weightier by a greater level of confidence - and heavier sonics.

‘Get Out’, the first teaser from an as-yet-unconfirmed third record continues their progression, shaking off any vague remnants of indie shackles to fully embrace their Top 40 selves, the simple refrain of the title an instant earworm. Still as immediate and infectious as we’ve come to expect from the band, ‘Get Out’ hints that #CHV3 will be really-bloody-massive. (Lisa Wright)

Talking about their new collaboration 'Picturesong', Blood Orange's Dev Hynes said the harmonies of LA duo Girlpool are "some of my favourites that are out there". He's right of course, and they're as enticing as ever on the new track. Cleo Tucker and Harmony Tividad's vocals weave in and out of each other gorgeously on the hushed new track, backed by a simple but enticing guitar riff and velvety synthetic drums.

Joined by Hynes in the track's second verse, the three voices melt together perfectly, gliding together into a cacophonous ending, the guitar riff becoming a sharp, distorted sister of its soft counterpart earlier in the song. An unexpected but more-than-welcome collaboration, 'Picturesong' sees three of modern indie-rock's most distinctive voices coming together with beautiful results. (Will Richards)

If the standard muso talk of producers and studio influence is usually of the type to send you snoozing, then ladies and gentlemen, we present 'Hot Pink'. An absolute about-turn in attitude and presentation, the SOPHIE-produced comeback from Norwich teens Let's Eat Grandma trades their previous witchy mysticism for something altogether crunchier.

Full of the hyper-synthetic beats that are becoming the PC Music star's trademark, it offsets the duo's idiosyncratic vocals in new ways – presenting them as an assured, sassy proposition far removed from the purposeful naivety of their debut. Oh, and that chorus? Solid gold dirty banger. (Lisa Wright)

Kate Nash - Drink About You

Over the past decade, we've been presented with a whole host of faces from Kate Nash. In the early 'Made of Bricks' days, we had twee indie Kate. As time went on, we got to know riot grrl Kate. And now, on 'Drink About You' – the first track from her forthcoming crowdfunded newie 'Yesterday Was Forever' – we seem to be welcoming in technicolour pop-punk Kate. It's a guise that fits her well. Brimming with cheeky playfulness, underpinned with a casual middle-finger-up attitude to an old flame, it's like Paramore on a jaunt out around Laaaahndahn town. Easily the catchiest thing she's written in years, looks like that Kickstarter was money well spent. (Lisa Wright)

Wye Oak - The Louder I Call, The Faster It Runs

For their upcoming record, ‘The Louder I Call, The Faster It Runs’, Jenn Wasner and Andy Stack went about writing and recording in something of an unusual manner. They travelled to each other’s cities (Durham in North Carolina and Marfa in Texas respectively) for a week or a little more at a time, sitting in home studios and combining their ideas. So would spending less time together as a band result in something a bit more fragmentary and intimate?

Hardly. If the title track of the record is anything to go by then their fifth album as Wye Oak might well be their biggest and boldest yet. ‘The Louder I Call, The Faster It Runs’ is partly reminiscent of the keyboard-led vibes of their 2014 album ‘Shriek’, using arpeggiated electronic melodies to propel the track along into power-pop territory. In the hooks though – where Jenn Wasner’s voice hazily, dreamily reverberates – they reintroduce heavily distorted, squalling guitar riffs into the mix. It’s a deft combination of Wye Oak’s two musical halves, but one that also hints towards a daring new direction. (Eugenie Johnson) 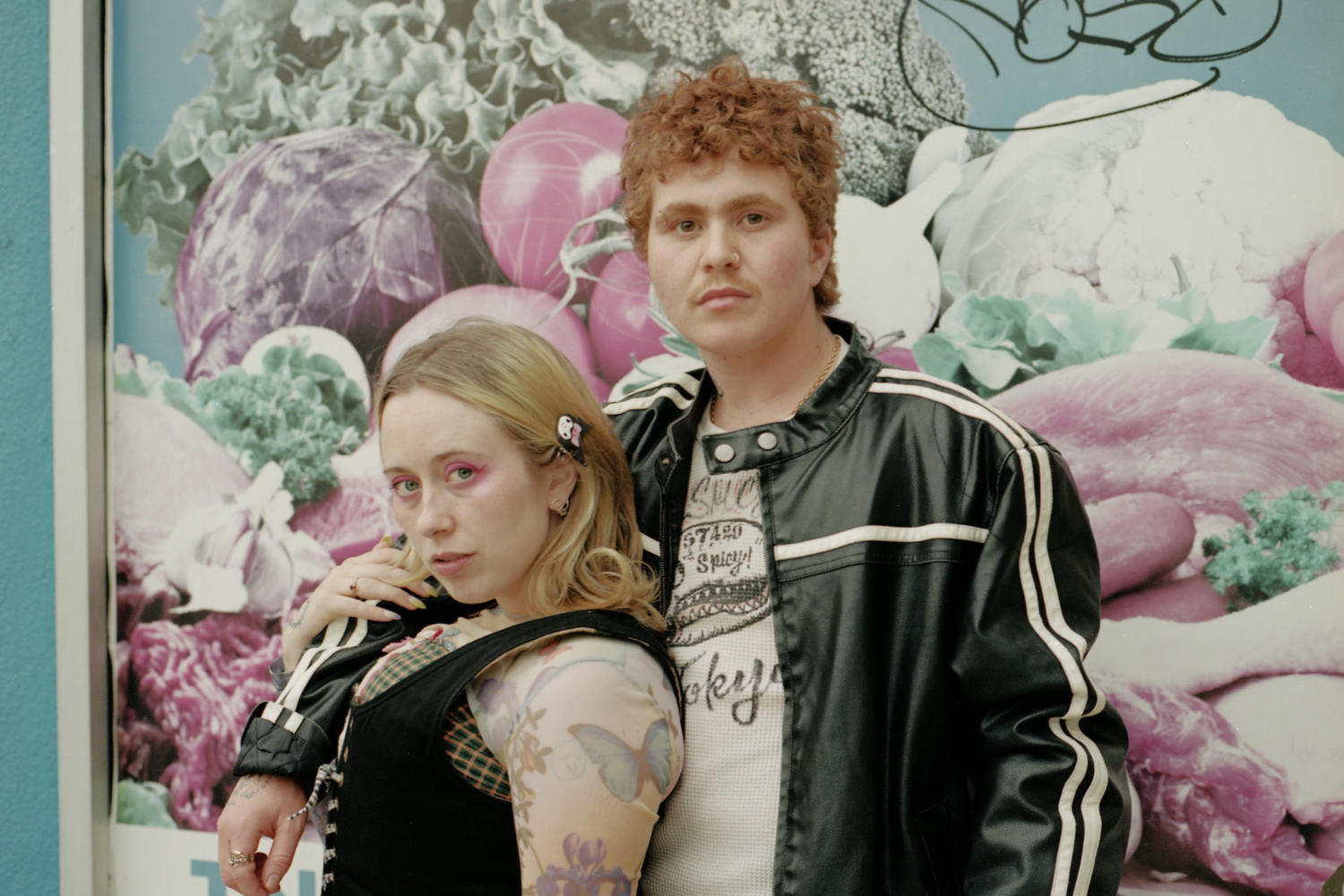