If 2017 was the year that Brockhampton plain sailed towards world domination - their ‘Saturation’ trilogy of albums painting the LA-based boyband as one of the most exciting groups on the planet - then 2018 served as somewhat of a reality check. Before the band even released the third ‘Saturation’ album last December, they’d shared details of their fourth studio LP, a record called ‘Team Effort’. A week before its scheduled release in March, though, the band released a statement, reading: “‘Team Effort’ was scheduled to be released next week, but we spoke to God and She told us to save the album for another time.”

Just before a new album called ‘Puppy’ was set to be shared this June, allegations of sexual abuse were levelled at the band’s Ameer Vann, leading to the band kicking him out, cancelling tour dates, and shelving the record. After a regroup, their summer tour was eventually rescheduled, and they re-emerged into the spotlight with their US TV debut on Jimmy Fallon, who announced their new album - ‘the best years of our lives’ - before a performance of the downbeat, heavily reflective ‘Tonya’.

With news of the whereabouts of ‘the best years…’ drying up, and after sharing a handful of new singles via their ‘things we lost in the fire’ radio show on Beats 1, Brockhampton headed to Europe for their first overseas tour. On the run of shows - which included formative sets at London’s KOKO and Reading & Leeds - they looked revitalised: the six members that now made up the onstage portion of Brockhampton had found a new flow, and seemed determined with the idea of moving on. After the tour finished in Leeds, the band decamped to London, moving into Abbey Road Studios (all casual, like), and began what would become ‘iridescence’, announced as the first in a new trilogy called - yep - ‘the best years of our lives’.

It’s not clear how much, if any, of what appears on ‘iridescence’ was lifted from ‘Team Effort’ and/or ‘Puppy’, but it’s not an album that feels like it’s trying to claw back the past - in fact, it’s defined by its pursuit of newness. After ‘Saturation”s freewheeling spirit and an insatiable appetite for fun, ‘iridescence’ had to confront the past nine months, and make a statement as to how the band move forward. It does so emphatically.

“‘iridescence’ had to confront the past nine months, and make a statement as to how the band move forward. It does so emphatically.”

The first thing that’s immediately apparent about ‘iridescence’ is its lack of a straight-up single (it’s something the band have repeatedly referred to on social media, with Kevin Abstract saying he used Radiohead’s subversive ‘Kid A’ as a blueprint for the record), but it doesn’t make for a completely downbeat listen: opener ‘NEW ORLEANS’ is a thumping, Jaden Smith-assisted hammerblow, while ‘Berlin’ features brilliantly filthy, industrial production by Romil Hemnani. It’s the album’s lyrics that place it as a truly important record, though.

Moving on from the hectic back-and-forth of 2018 so far makes ‘iridescence’ a deeply reflective album. Across the record, each member muses on their past, present and future with stark honesty, feeding the anecdotes into a singular bigger picture. “Pulled my life out of dirt, that’s a miracle,” Merlyn Wood raps on ‘NEW ORLEANS’, while ‘SAN MARCOS’ sees Russell ‘Joba’ Boring stunningly confronting his depression: “Suicidal thoughts, but I won’t do it / Take that how you want, it’s important I admit it.” The London Community Gospel Choir then lift the band’s words to the skies, repeating: “I want more out of life than this.”

The album’s emotional centrepiece, though, is ‘WEIGHT’, an urgent, necessary cleansing of deep-seated doubts from Kevin. He confronts self-doubt (“I’ve been feeling defeated, like I’m the worst in the boyband”), the mental health of his bandmates (“I’m still worried ‘bout when Ashlan [Grey, Brockhampton member] finna put the razor down”), his sexuality (“Every time she took her bra off my dick would get soft / I thought I had a problem, kept my head inside a pillow screaming”), before he simply and softly decides to move on from all the controversy the band have faced, singing: “I don’t wanna waste no more time, I’m ready to go / I live my life on standby, I can leave you alone.”

By confronting the bumps they’ve found in the road over the last year, Brockhampton have found a new sense of unity, and when ‘iridescence’ confronts every single one of these bumps, it proves that the band possess a truly special voice. It was a record Brockhampton had to make - now it’s done, they’re free to move on and become the biggest in the world. 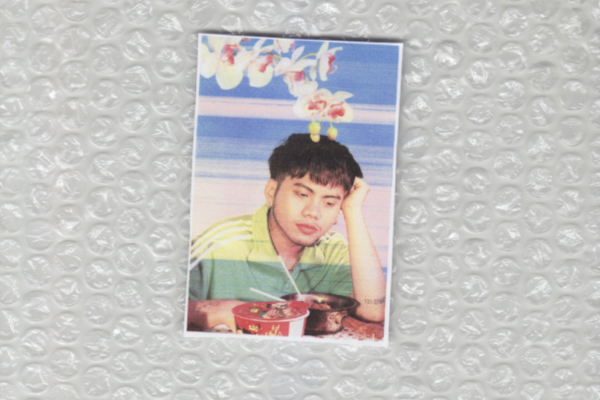 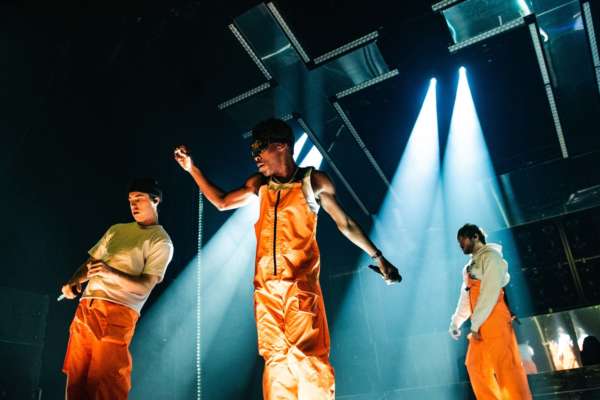 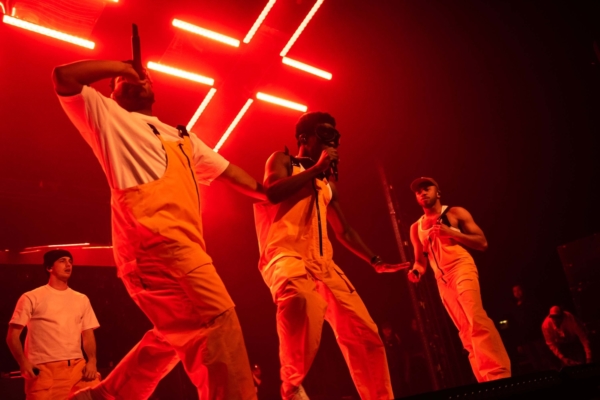