Over the past half decade, Poppy has managed to carve out a constantly evolving, high-concept path all of her own. On new LP ‘Flux’, the singer is turning trauma into a triumph.

There’s a community of parrots that flock together in Los Angeles. Free from their former lives in household captivity, they squawk merrily amongst their new tribe, peppering our call with the shapeshifting artist known as Poppy with vibrant bursts of noise. Their presence is appropriate, she decides. “They were previously pets but they’ve found a group together, and I feel like there’s a bit of myself in that. I escaped and I found friends outside as well, in the most unexpected of places.”

This idea of escaping could refer to a number of moments throughout her life. Aged 15, the woman born Moriah Rose Pereira in 1995 moved alone from Nashville to Los Angeles to pursue her creative dreams with - as she has previously spoken about - little support from her family. More recently, ahead of the release of 2020’s ‘I Disagree’ - a vibrant, saturated pop-metal hybrid of an album that earned the singer the first ever GRAMMY nomination for a solo female in the Best Metal Performance category - she parted ways with previous long term collaborator Titanic Sinclair, releasing a statement that highlighted “manipulative patterns” of behaviour that she’d been subjected to during their relationship.

For a long time, Poppy’s output - from her first internet forays that saw her playing with ideas that were more performance art than pop star, releasing stylised, uncanny videos of her interviewing a plant, ASMR flexing a rubber glove and talking to a mannequin called Charlotte - could be seen more abstractly as one huge exercise in escapism itself. The early years of her career seemed intent on subverting the norm to extreme degrees, revealing almost nothing about herself that would break the illusion.

With ‘I Disagree’, however, emotion came crashing down in abundance. Setting fire to her previous era - or, as opener ‘Concrete’ began, “bury[ing it] six feet deep” - Poppy’s third LP was one that reported from the trenches. “I disagree with the way you continue to pressure me,” shouted its title track; “When I said that I’m OK/ All the power you had, it just slipped away,” she countered on ’Nothing I Need’. And if that album was one made from the eye of the storm, then ‘Flux’ - released tomorrow (24th September) via Sumerian Records - is one that’s had time to take a step back, assess the damage and start to rebuild.

“I feel like I’m always in flux. I feel like I’ll always be bending in such a way, moving and changing. I think of a rubbery kind of dancing man when I think of flux,” she says with a giggle. “I see it as a positive, absolutely. It’s the exploring of the unknown, and being willing to accept the uncertainty. It can be quite peaceful, actually…” 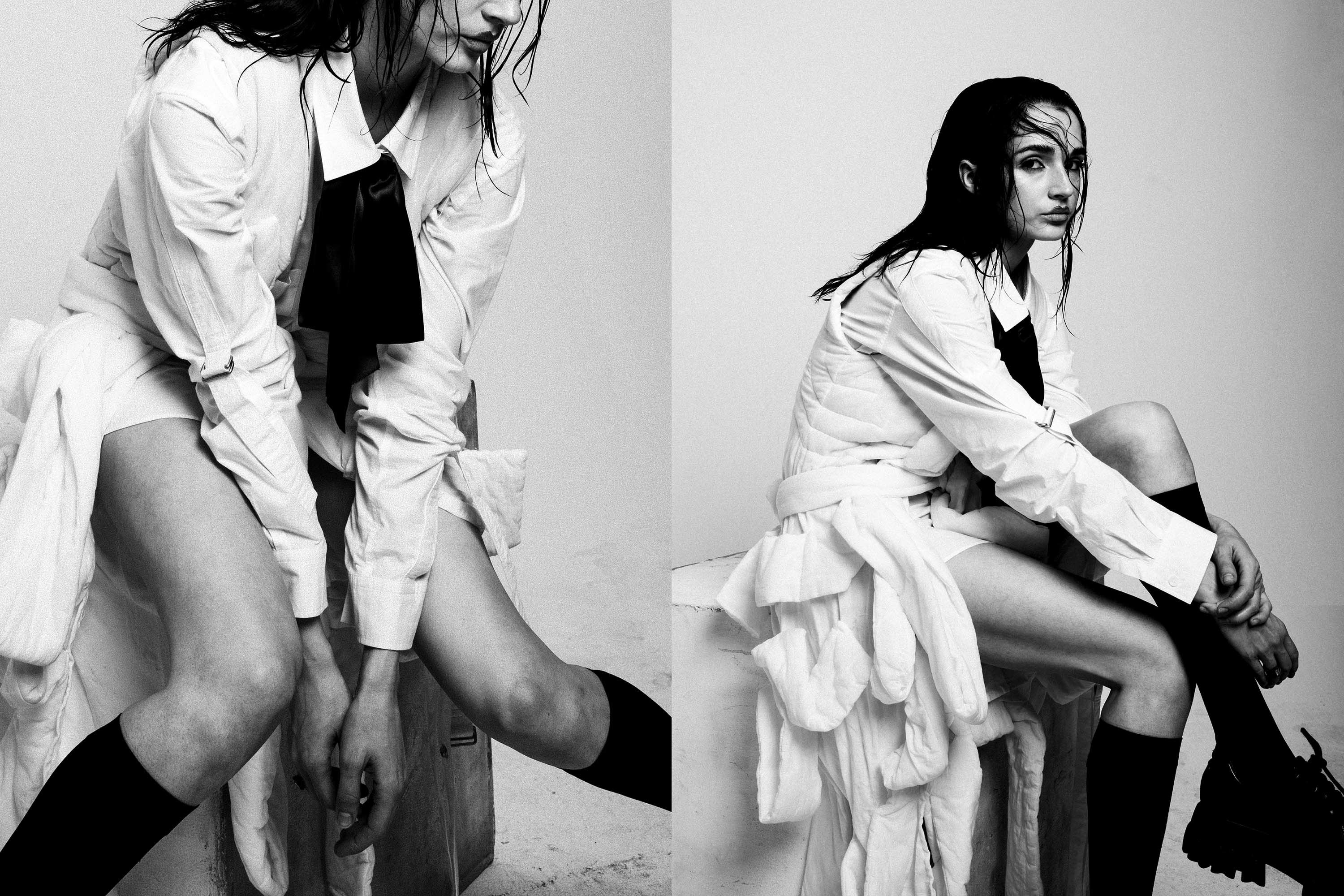 “It makes me a little bit sad when [young artists] start out with the stars in their eyes because I just want to protect them.

Peace, you suspect, is a concept that’s potentially fairly new for Poppy. Throughout today’s conversation she makes references to compassion and people’s lived experiences - that you never really can know what’s going on under the surface of what you might see.

Despite her purposeful former artistic detachment, full of robotic references and assertions that she was raised by the internet, Poppy has, of course, always been a living, breathing person - one who, time has gone on to show, has had far from an easy ride. Speaking of her GRAMMY nomination for ‘I Disagree’ track ‘BLOODMONEY’, it’s the symbolism of being the first woman recognised in her category that resonates the strongest. “There are so many things to overcome as a girl in the industry. And I never want to be the one that’s getting down and out and sad about it, but truthfully it’s still very much an issue, and there are so many hoops that a female artist has to jump through in comparison to a male artist, especially when you have to deal with the politics with record labels and management - it’s never ending and it can make your head spin,” she begins.

“That’s why I go back to [the idea that] I don’t take it lightly that I was nominated, and that I was the first solo female; it meant a lot to me. It’s a really unfortunate world out there, and whenever I see younger artists coming up in it, it kinda makes me a little bit sad when they start out with the stars in their eyes because I just want to protect them.”

Much has been written about the musician’s split with Sinclair, who was involved with the project since its earliest days, and it’s hard not to connect the dots of her own experience to her concerns. But Poppy today is both perhaps surprisingly candid on the subject of her past and evidently now operating in a much stronger, more evolved place. There’s a line on recent single ‘So Mean’, we note, in which she adopts the voice of her ‘Poppy.Computer’-era persona, questioning “How did I get here?” before letting out a blood-curdling scream.

“I’m posing the question to myself - realising in a moment of difficulty, yeah, how did I get into this position? I thought I wouldn’t end up here; I thought I knew better than this,” she replies. “Sometimes that happens, but the point is you’re not there anymore so you can’t beat yourself up over it.

“For the longest time I didn’t speak about it because, to a degree, I thought that it was the norm. And then I realised, no, it’s not entirely the norm, and my experience I went through is worth telling and talking about because other people’s experiences may be similar or drastically different and it’s good to get the narrative out there of the truth,” she continues. “It is a very dark, twisty road and there’s a small percentage of the time that you get to spend on stage performing your songs, and the other majority of the percentage is spent navigating it and not going insane having to deal with most of these people. [But] now it feels like a great time because I can do as I wish; my barometer is more finely tuned than it’s ever been, and I like to say ‘No’.” 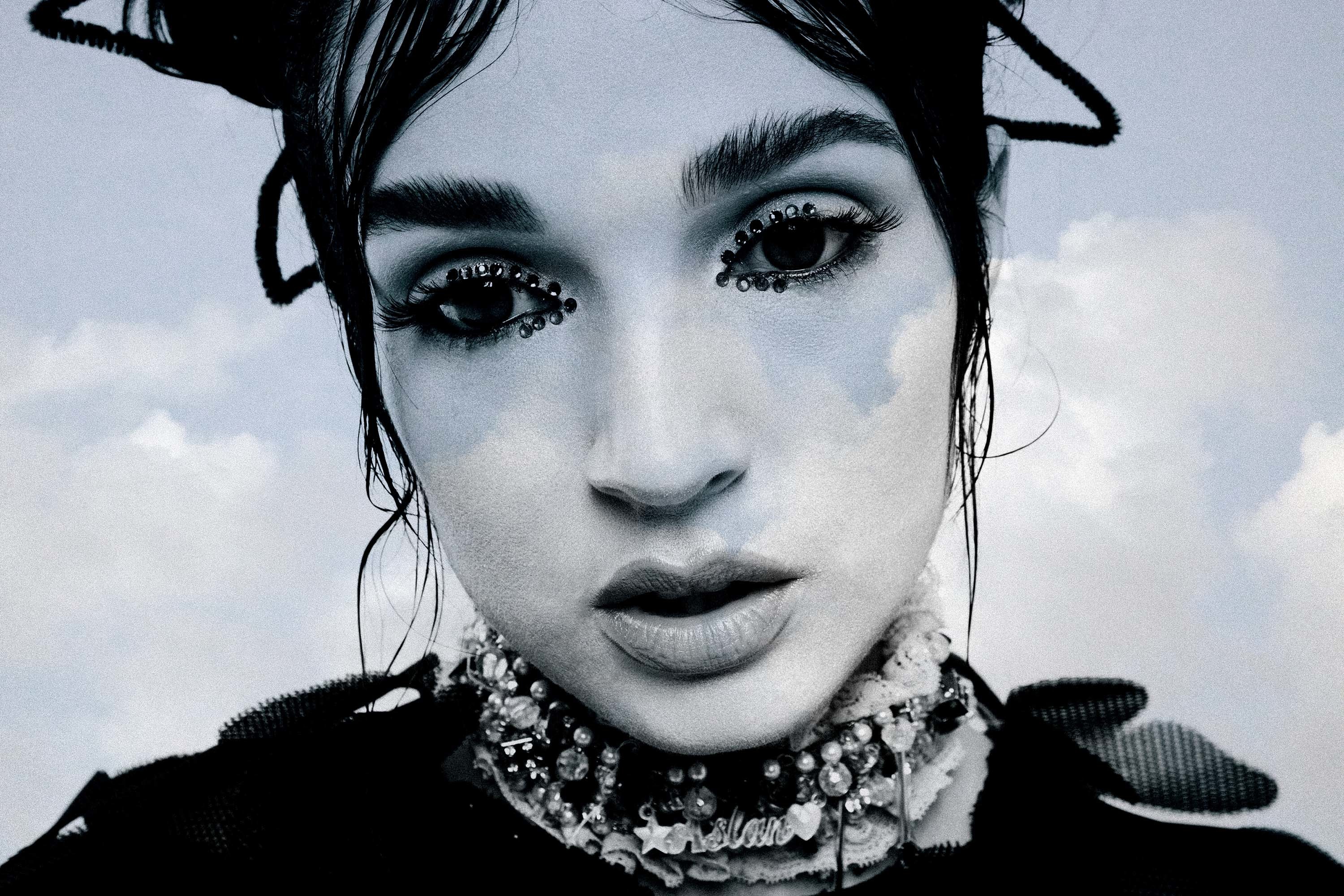 Though ‘Flux’ is, by definition, a certain kind of limbo, this era of Poppy seems notable for a greater sense of control than ever before. She’s been exploring evermore facets of her multi-hyphenate world, releasing a collaborative jewellery line with Japanese studio Q-Pot and developing an app game - PoppySphere - that is set to launch in the near future.

“Nowadays I don’t look at social media because it’s just not what I would like to have on the brain, so instead I’ve been developing for the past year and a half a game that is an app that will allow me direct communication with my fans. That’s what’s most valuable to me and what I’ve always wanted,” she explains. “That way I don’t need to deal with any of the other applications because I have my own.”

Rather than a continuation of her former networking site Poppy.Church, she explains that her new venture will be “entirely different, and way more multifaceted”. “There are possibilities for changes to infinity and beyond,” she continues. “It’s going to be free to sign up, and then you have the ability to customise yourself, your room, everything is customisable. So that’s quite exciting.”

‘Flux’, meanwhile, represents another evolution in sound - one influenced by grunge and shoegaze, and born directly in response to her love of bands like Veruca Salt, Sonic Youth and Le Tigre - that’s more measured and - perhaps - mature than anything Poppy has released so far. Recorded at LA’s Sunset Sound Studios with super-producer Justin Meldal-Johnsen (Wolf Alice, Paramore), she describes the process as “drastically different” to any of her previous albums, with her and her band bedding down as the pandemic raged outside to make something informed by live instruments and real-time connection.

“I’m very thankful that, in the chaos of the world, we all got to come together and do it in person, and I feel like this album is just its own being,” she nods. “I think it’s always the artist’s responsibility to change constantly, and I feel that I need to entertain myself, so if something is pulling me towards it, I want to play with it. I don’t think about what the listener might take from it during the process, I actually don’t consider it at all because I feel like it’s the kiss of death. But I want to keep myself entertained, and if people are entertained by it that’s wonderful as well.” 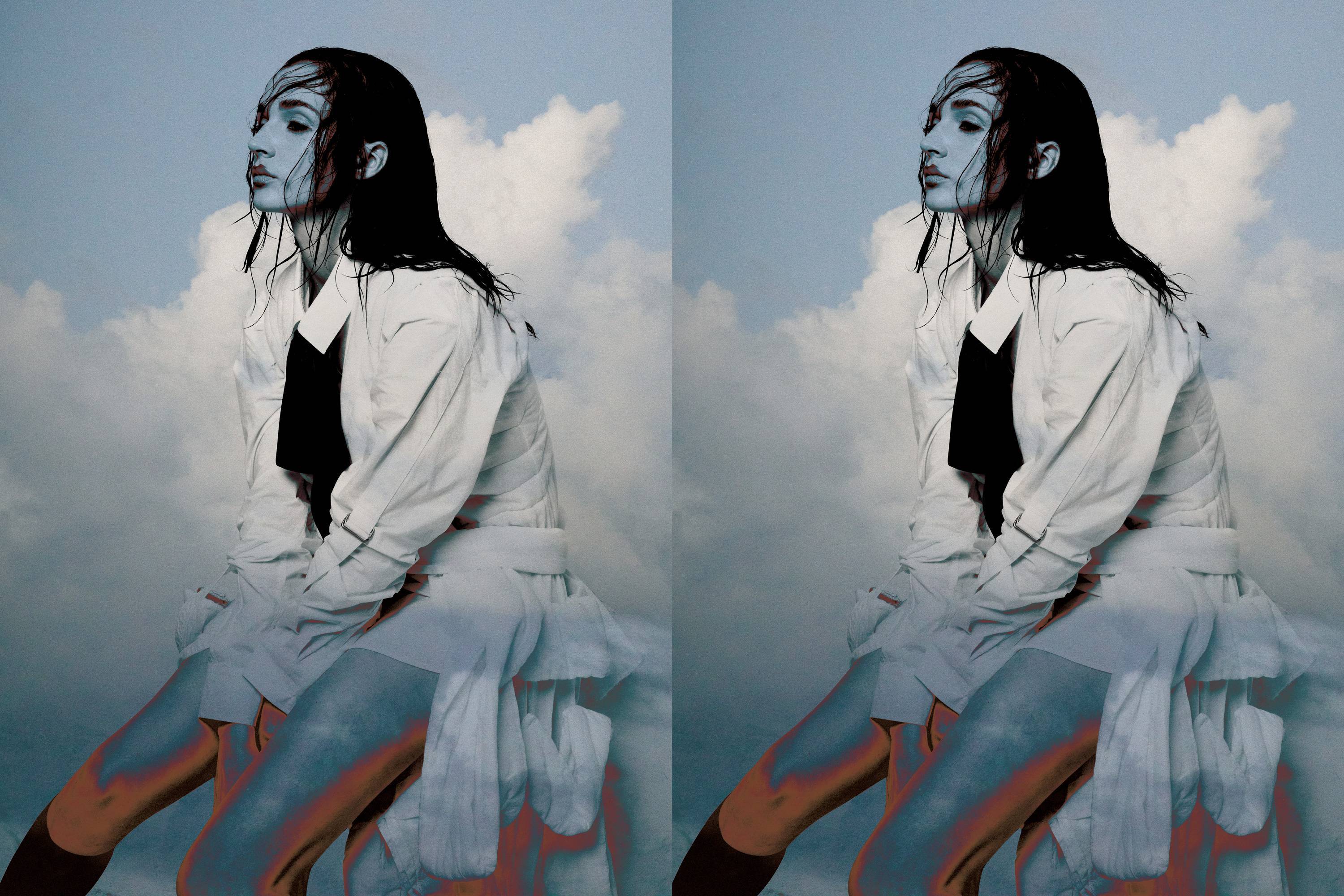 “My barometer is more finely tuned than it’s ever been, and I like to say ‘No’.

Beneath the often heavy lyrics and moments of taking stock, ‘Flux’ is, undoubtedly, an entertaining listen still. From its title track, that introduces the album with a riffy, industrial throb, to the more sugary kicks of ‘So Mean’ or the all-out grunge fist pump of ‘Her’, Poppy’s fourth shows yet another side to her metamorphosing talent, this time reining in some of ‘I Disagree’’s most abrasive edges and replacing them with something slightly more vulnerable.

She recalls poignant moments of listening to certain tracks come to life. “It was such an emotional experience,” she nods. “Hearing them being played and coming together in the room, you get goosebumps. With songs like ‘As Strange As It Seems’ and ‘Never Find My Place’ - hearing those being recorded in the studio made me tear up a little bit because they’re just special.” “What did I get me into / Why did I let you into me,” questions the former, as the latter concludes the record with a strange kind of hope, repeating “You broke into my life” before deciding, “I know that I’ll be fine if I never find my place”.

Nestled within the record, however, is a track that suggests maybe Poppy has already found it, in one way at least. Having announced her engagement to fellow metalhead Ghostemane last summer, she describes ‘On The Level’, with an audible smile, as “[her] first love song”. “Sometimes love will find you, and it comes at the most unexpected of times, and it’s a nice feeling,” she says softly, hints of a southern twang still poking through.

Having traversed some of the industry’s murkier waters, the Poppy of today seems to be in a good place. She has the support of a legion of avid fans (“I feel like I have friends in them. It’s nice to have people that grow with you”) and, though her high-concept, art-driven world is still thriving, a little more transparency suits her well. “I think I’ve fallen more in love with things that I’ve always loved, and I think I have a different standard of what I expect from myself and others around me,” she says. “The things that make me happy have been more finely tuned, and [I’m] recognising how limited our time is here and always reminding myself of that, because you should be able to wake up every day and learn something new, try something new and make something new, because what is life without that?”

She seems, we suggest, happy.

‘Flux’ is out 24th September via Sumerian Records.