When Bastille first reared their heads over five years ago now, no one really could have predicted what was about to happen. The four-piece, as led by producer-type Dan Smith, were a group of nice South London boys who had an ear for catchy pop. Then, something clicked into place. Their songs took over the airwaves, their shows were inhabited by a dedicated rabble of fans. Just about everyone was “ey-ey-ey-eh-oh”-ing while going about their daily lives. Bastille-mania had finally kicked in.

Since the release of their debut record ‘Bad Blood’, the band have clocked more than four million sales worldwide, as well as going double Platinum in the UK alone. They can pack out arenas just about anywhere, and only with one official full-length (and, alright, a mixtape or two for good measure) to their name.

Now comes the next step. We’ve already seen the teaser video, where Smith offers a glimpse into the psyche of newly-expanded five-piece. New tracks are floating around on YouTube, with snatches of live videos emerging from every festival show they’ve done over the past twelve months. But the real question that lays unanswered is what’s going on with album number two? Well, since you asked…

Following on from their massive first full-length, the band released the third part to their 'Other People's Heartache' series. Dubbed by Smith as a project "about working with as many people as possible and having fun with people that we know and the friends we've made through touring", the nine-track offering might not be a firm glimpse into what could appear on Bastille's second record, but it's certainly a look inside the brains that are making it. Featuring the likes of Haim, Lizzo, Rationale and god knows who else, 'VS.' is a glorious mixing pot of ridiculous pop, which demonstrates just how well the band can veer in new directions. Could this, then, be an indicator of what's to come?

Towards the end of last year, the band found themselves, once again, over in the US – this time performing at KROQ's Almost Acoustic Christmas. It was there that Dan had a quick chat with Billboard, and offered up quite the nugget about their second full-length: it could “literally be one of three or four very different records.” Whether or not it'll follow the alt-R'n'B, heavy rock or just plain cinematic routes that Smith quoted during the interview is still yet to be revealed but one thing's for sure – they want the album “to be fucking interesting.” 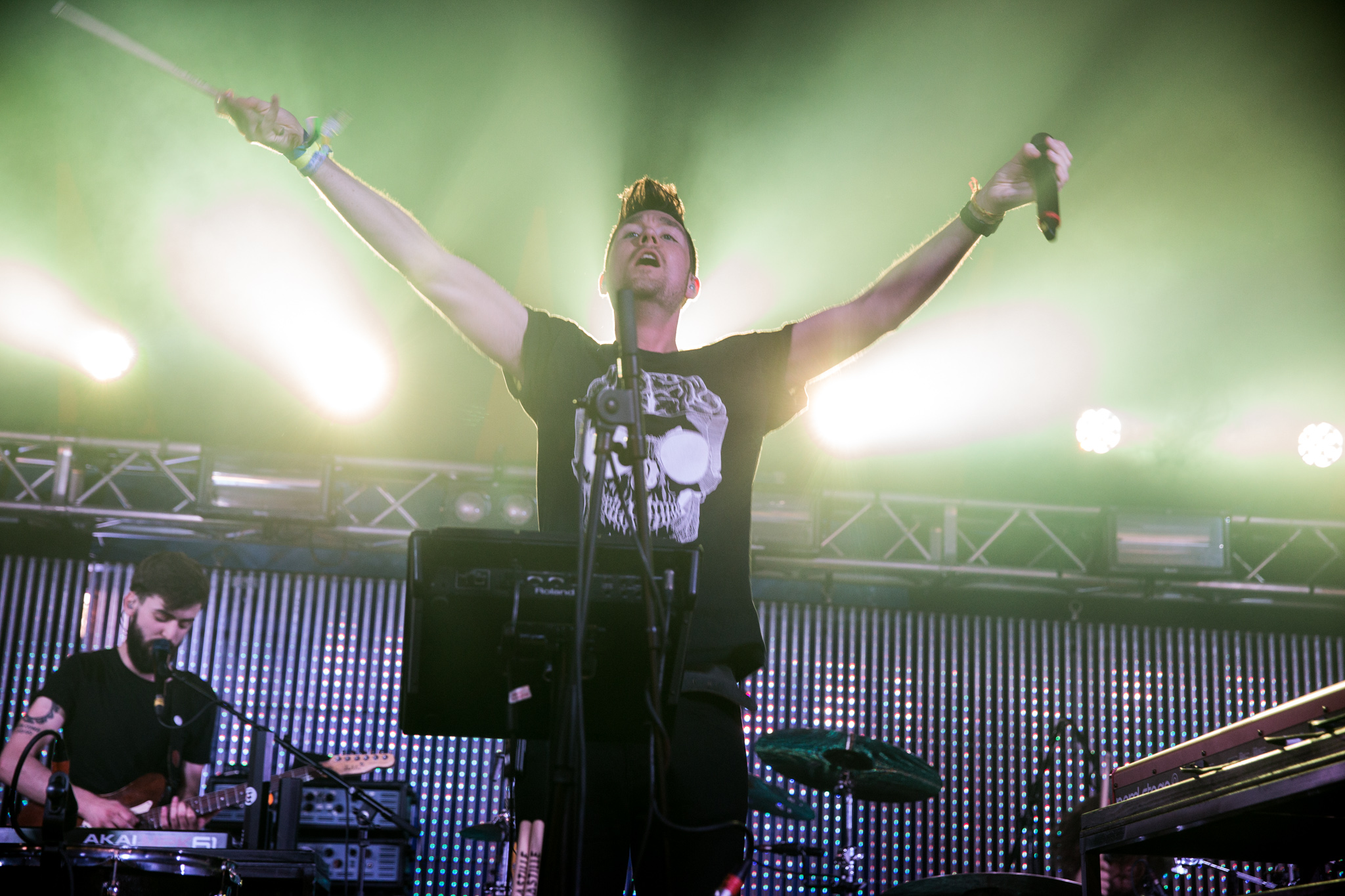 “When we started the album - this is more than a year ago - it was alternative R&B, a lot more electronic. Then we went down a heavier rock route as well, then we almost came full circle back around to what we did the first record, more cinematic, then we did a load of horns. So it could be a lot of different things. But we just want the songs to be good and memorable and we want the album to be fucking interesting and a good progression from the last record, something that we’re proud of.”

If we know one thing about Bastille, it's that they love getting new material out in the open. So, when it came to their festival circuit last year, that's exactly what they did. Across the summer, the band played a good chunk of weekenders across mainland Europe and decided to use the occasion to air a selection of new tracks. 'Hangin'' starts as a slinky number which soon rises through the ranks to become a much big affair, while 'Snakes' is all harmony and soaring choruses. Other cuts along the way have included 'Grip' and, most recently, the “bit weird” 'The Currents', plus, with another slew of festival slots scheduled for this coming summer, who knows what other snippets could be revealed soon?

Granted, the band's 'LP2' video trailer didn't really offer anymore clues into what their new record will sound like, but it did give fans a chance to see the ride that the band have been on over the past three years. “I’ve heard lots of bands talking about making their ‘difficult’ second album,” says Smith in a voiceover laid over snippets of footage, “but we never thought that far ahead. I guess, until recently, we haven’t had much time to think about it.”

And while they've barely paused since 'Bad Blood's release, they're evidently approaching the challenge head on. “We’ve been so lucky to be touring constantly over the past few years, and it’s been a lot of fun. But it’s meant that we’ve massively had to adapt the way that we make music. This new album has been written and recorded on tour buses, in backstage rooms and hotels all over the place. The process of writing and making the songs hasn’t changed much, it’s just that this time around, we’re doing way less of it in my bedroom.” Whatever does come next, chances are things are about to become even more ridiculous for the band, and we'll have these new songs stuck in our heads for the next three years too.

It’s the latest taste of their futuristic upcoming new album.

Bastille release new track ‘Give Me The Future’

It’s the latest sci-fi inspired glimpse into their new album.

It’s the first taste of their forthcoming new album.